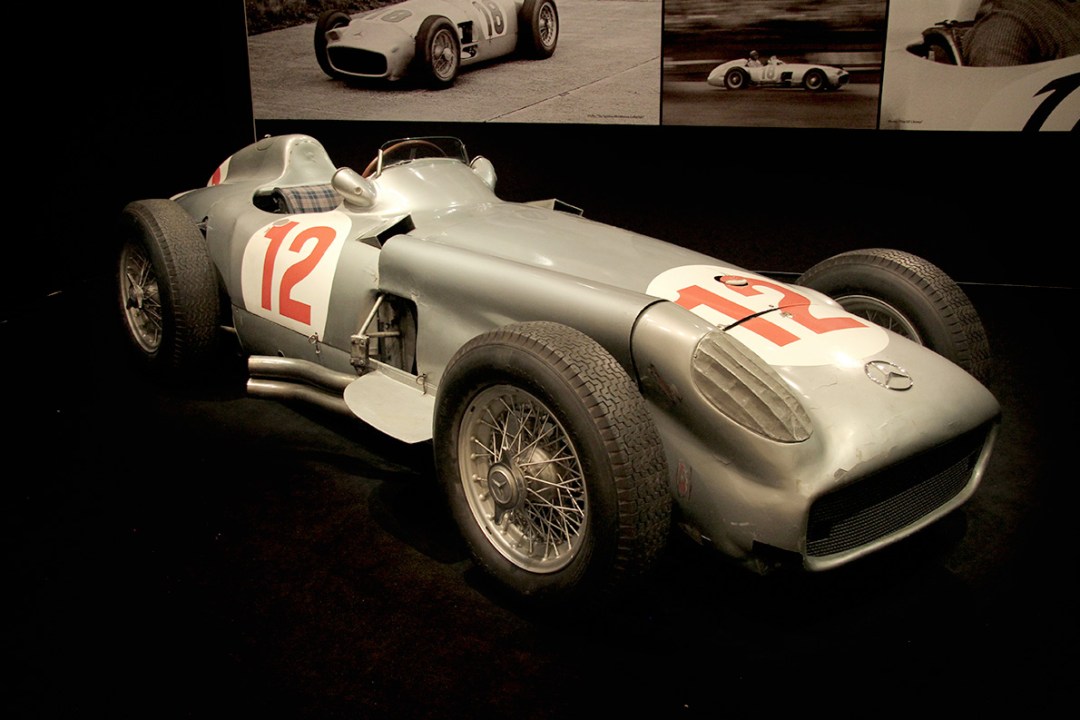 From Bonhams: Automotive history was made at the Bonhams Goodwood Festival of Speed Sale today, when the car that took five-time champion Juan Manuel Fangio to the second of his Formula 1 world titles achieved a record-breaking figure of £19,601,500 (US$29,650,095, €22,701,864).

The car becomes the most valuable motor vehicle ever sold at auction, beating the previous record of £10,086,400 set by a Ferrari in 2011. 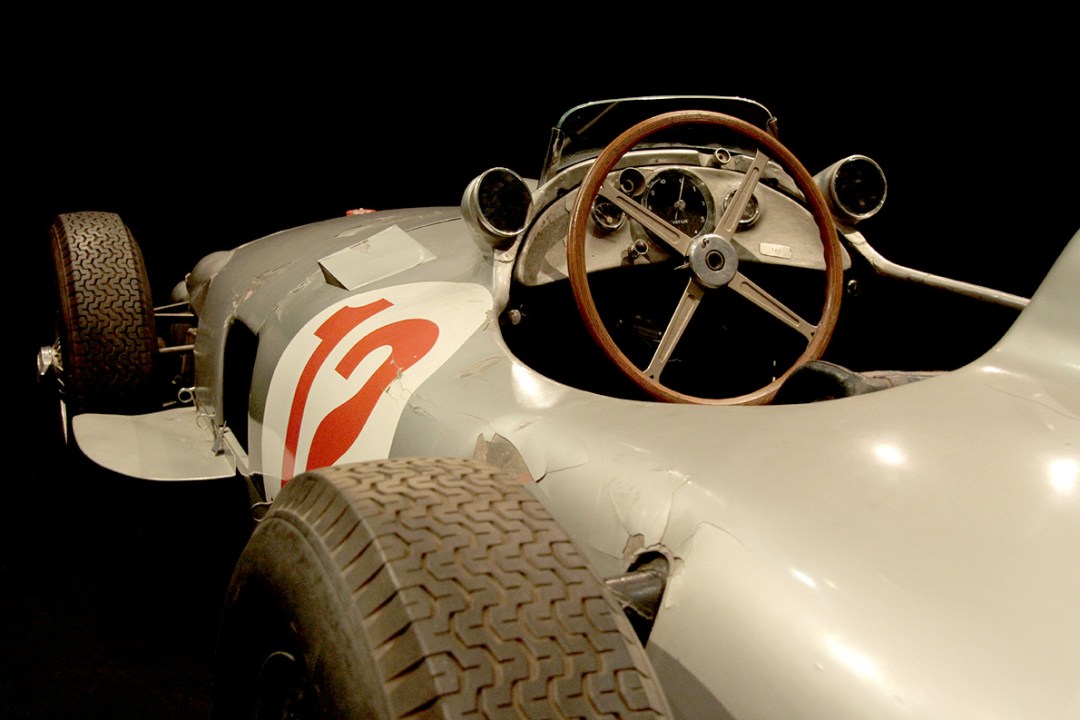 “If he were here today Fangio would shake his head and smile his slow smile. He was a humble man, originally a mechanic from a potato town in Argentina – and he never forgot his roots. As a driver, he was simply a genius. As a man he had no enemies. He was universally loved, even by those he regularly beat on track. No standard-setting sportsman could have a better epitaph.”
– doug nye, racing historian 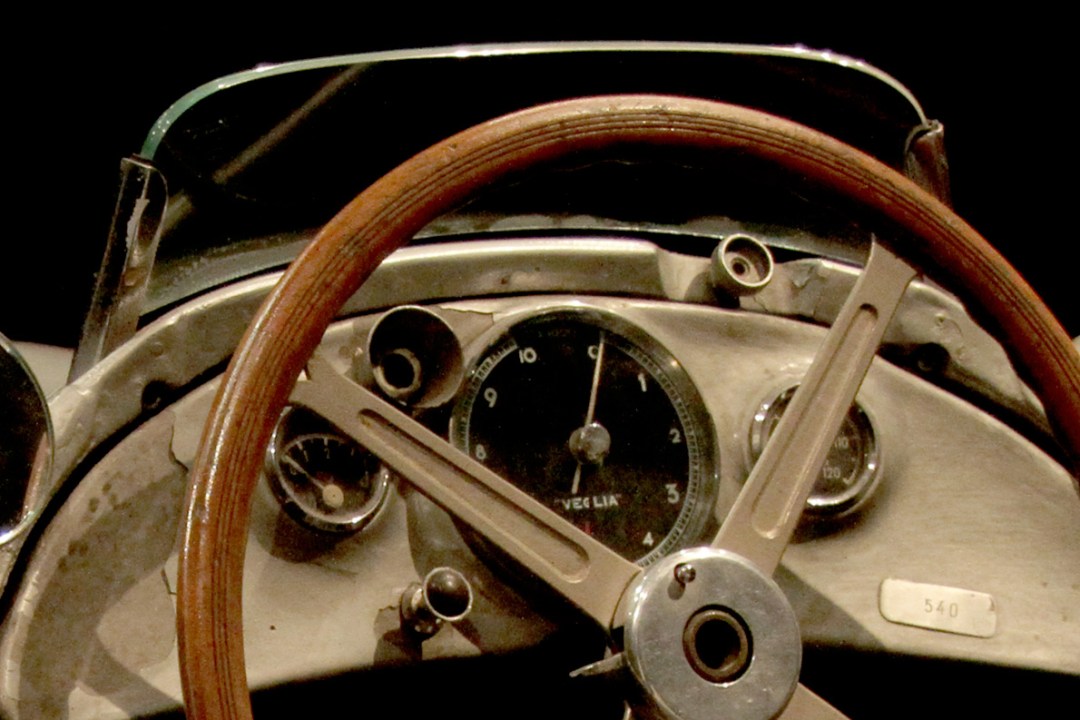 Bonhams is pleased to announce it has consigned the 1954 2½-litre straight-8 Mercedes-Benz W196 einsitzer– chassis number ‘00006/54’ – in which five-times World Champion Driver Juan Manuel Fangio won both the 1954 German and Swiss Grand Prix races. These great victories were the first two to be achieved in succession by the frontier-technology Mercedes-Benz factory Formula 1 team in its postwar racing come-back. Chassis ‘00006’ also has special significance as the first open-wheeled slipper-bodied postwar Mercedes-Benz ever to win a Formula 1 Grand Prix race – having made its debut in that German GP. 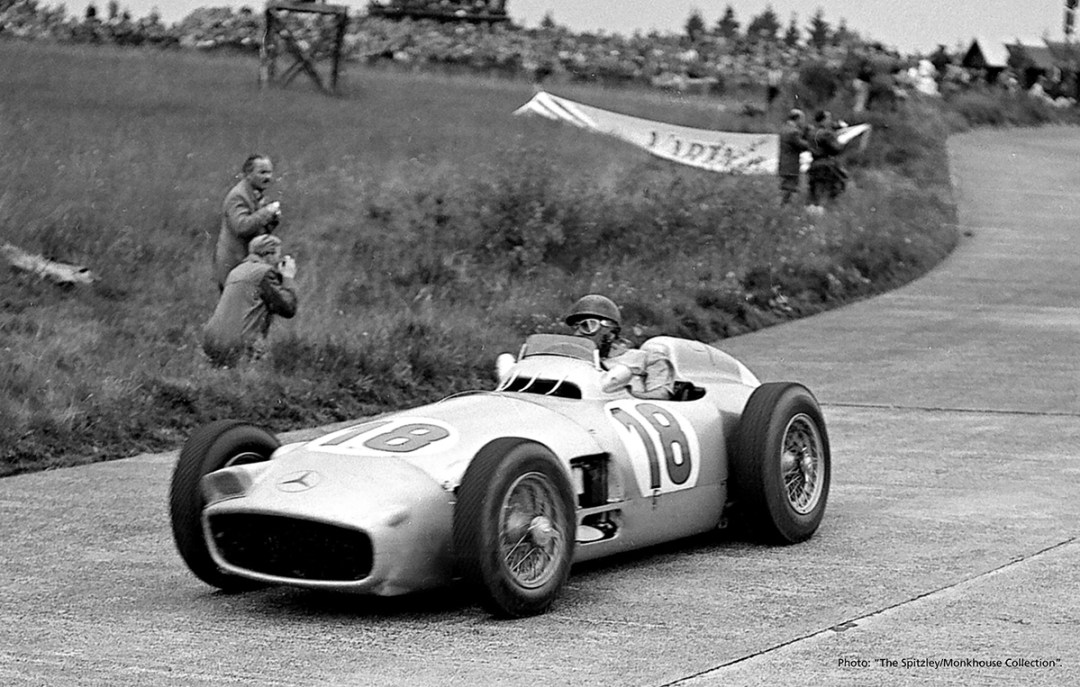 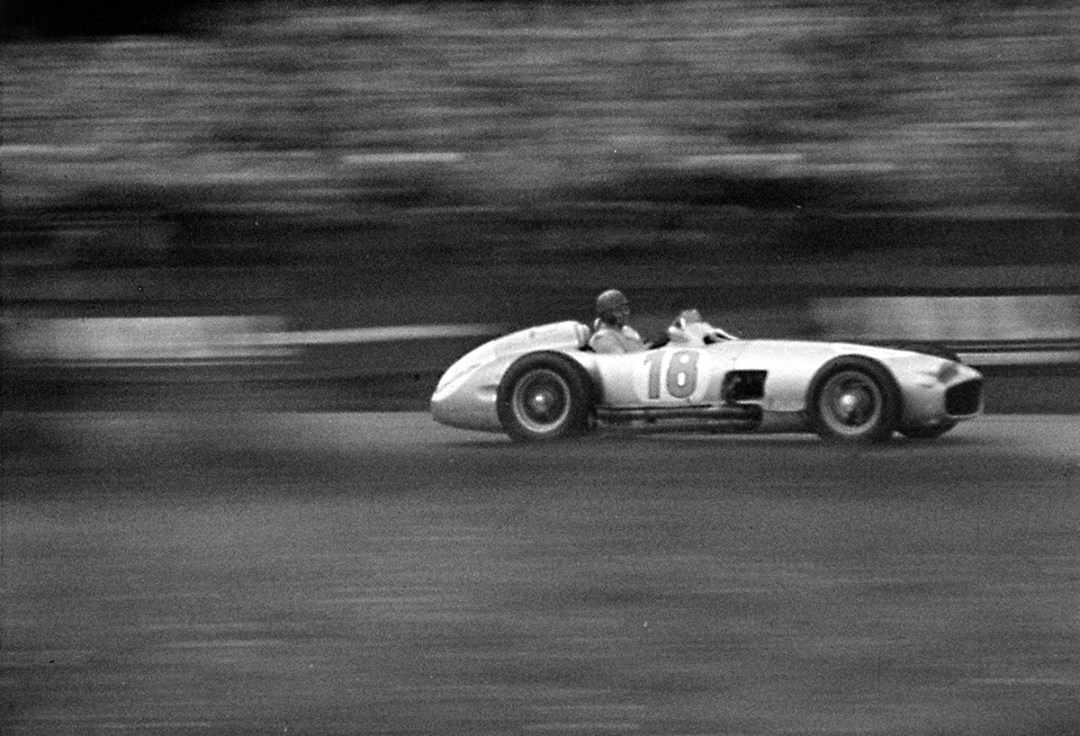