Located this gem of a Corvette today at the 23rd Annual Goodguys Car Show. Second owner car (purchased in 1965). Of the 700 Vettes manufactured that year, this is number 356. According to the owner there are only 254 of these cars on the road today. 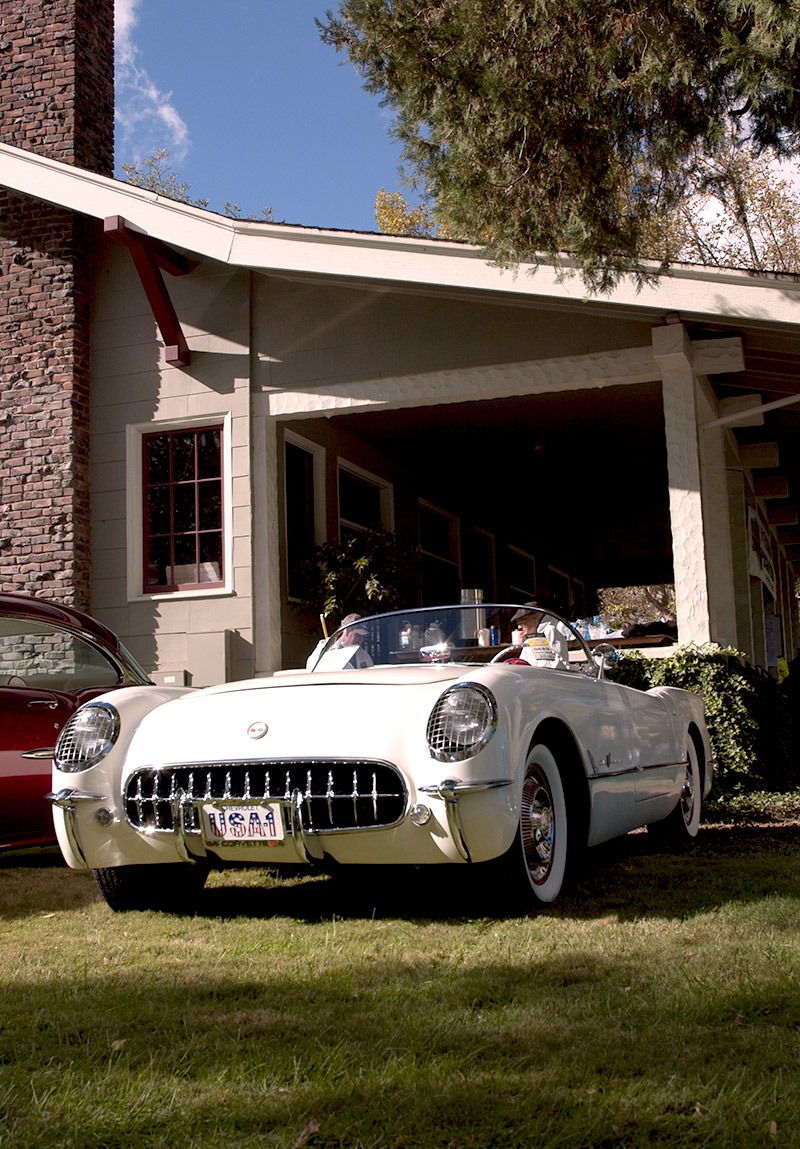 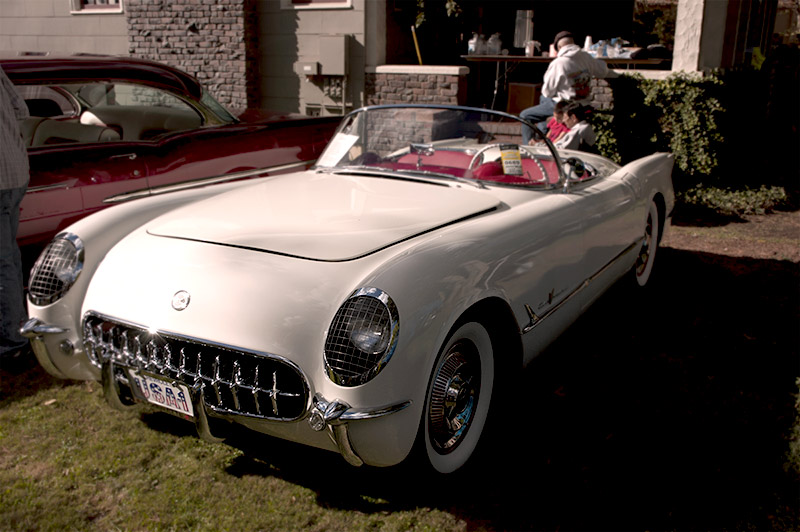 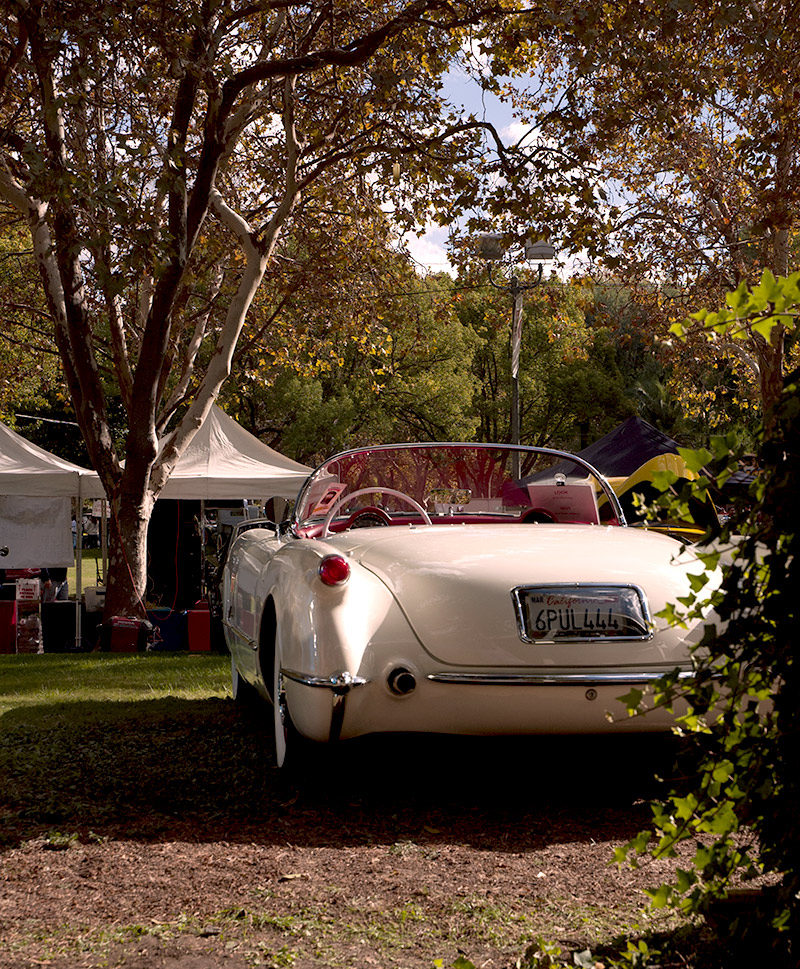 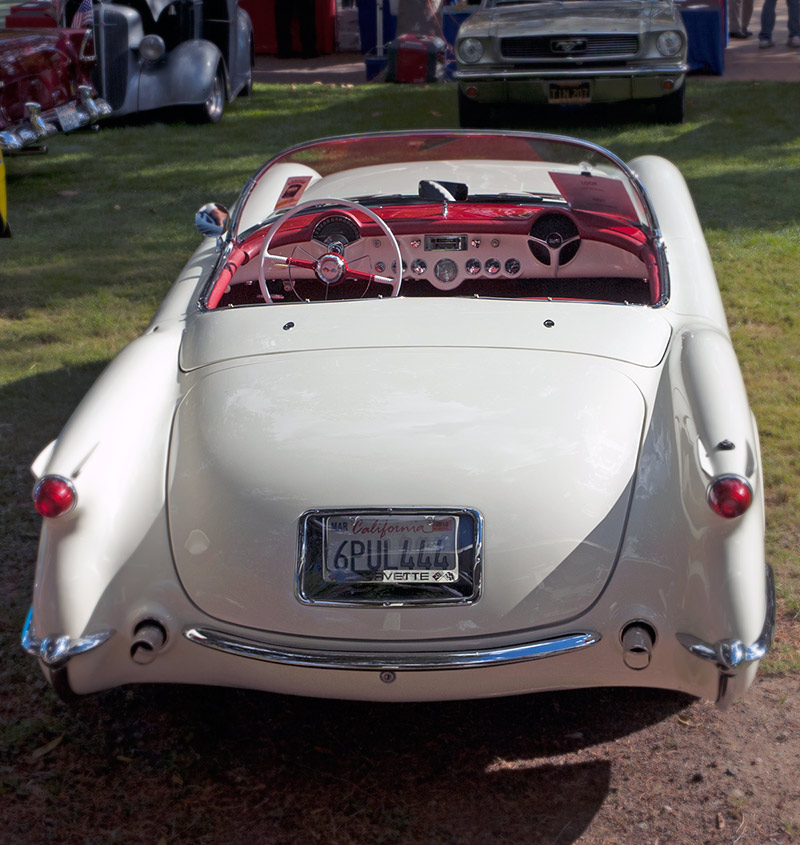 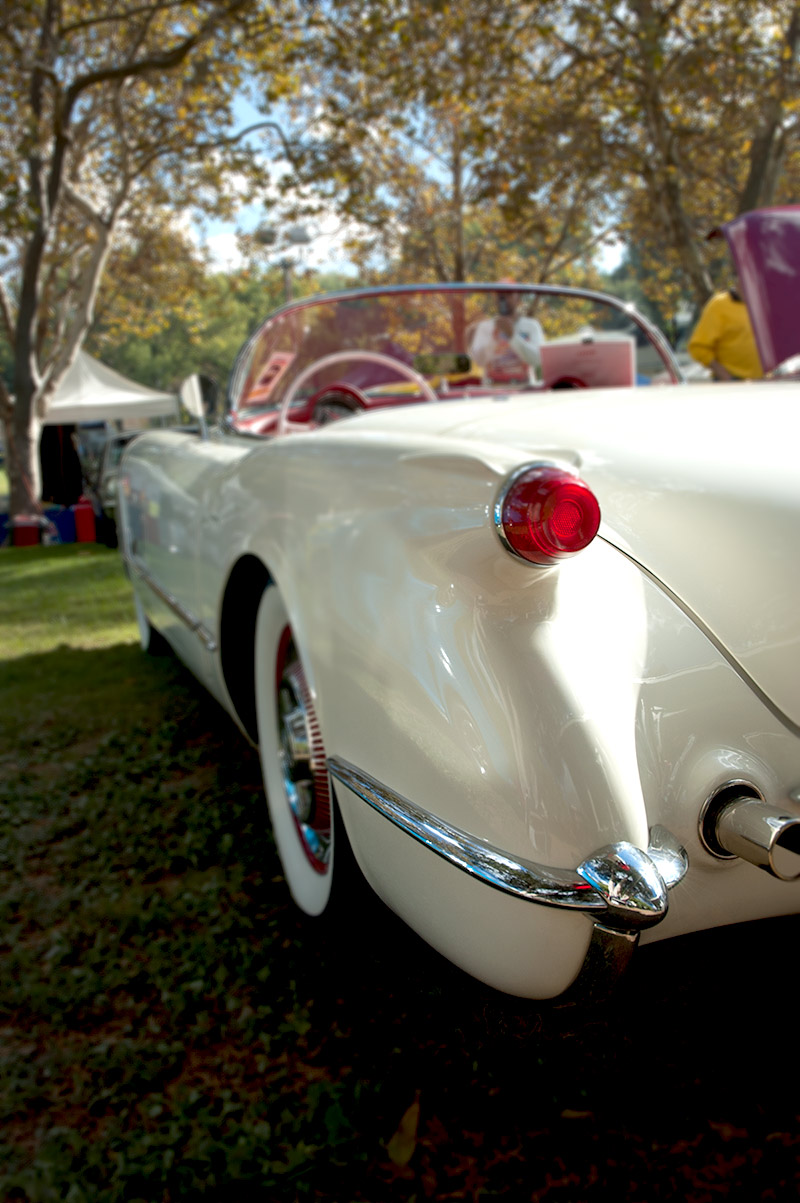 “Viewing this ’55 Corvette in the open reminded me of the first time I saw the Guggenheim Museum. All curves, sculptural and pure child-like wonderment on my part. I couldn’t wipe the huge smile of my face for a straight hour.”
– crash 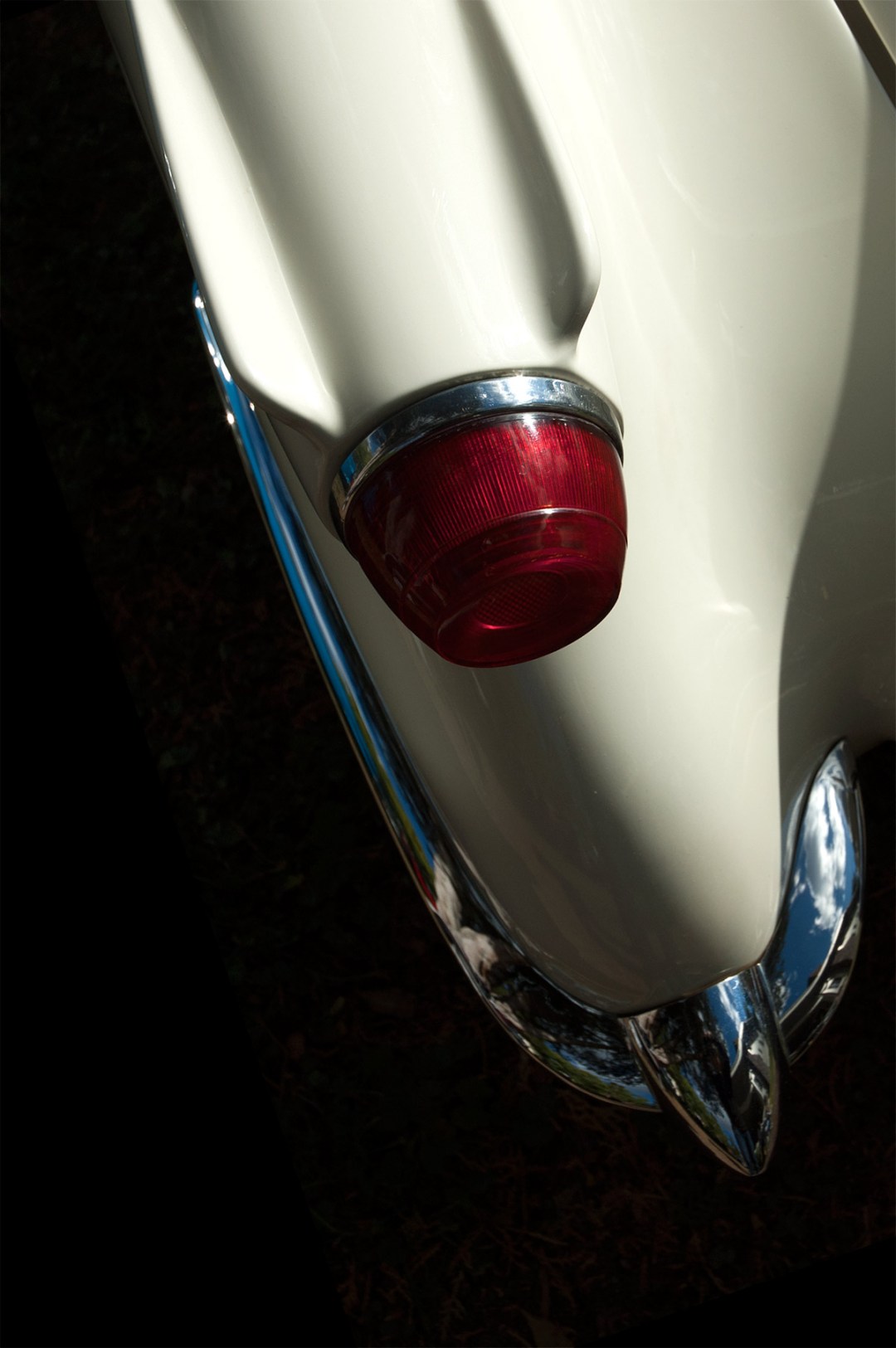 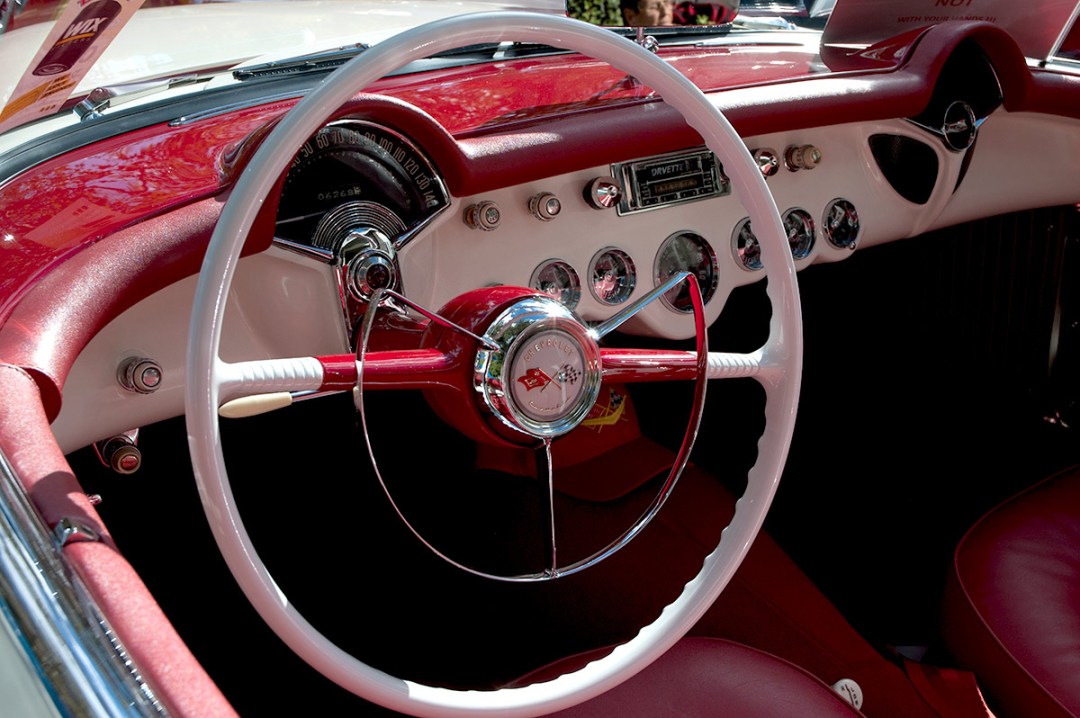 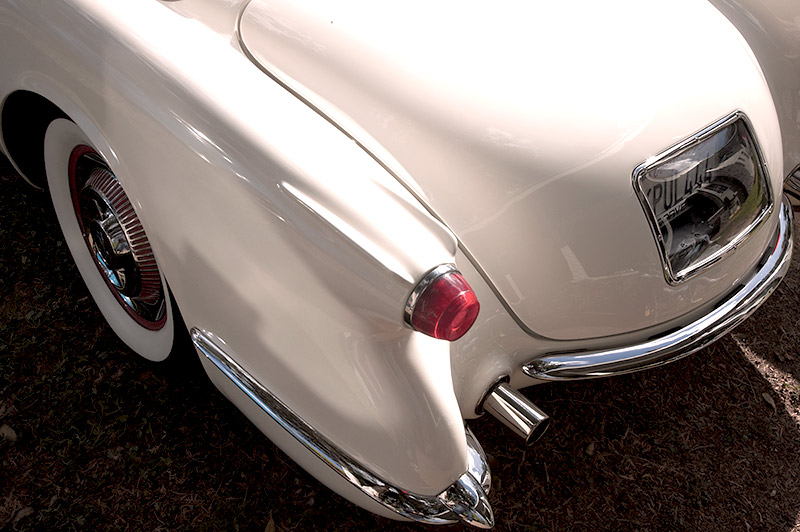 With such a disastrous beginning, how did the Corvette survive?

In 1955 Ford introduced the two seater Thunderbird…It succeeded, which presented a dilemma for Chevrolet: should they abandon the Corvette, it would appear that they had lost in the two seat category. Corporate egos are powerful things and a new Corvette would be available in 1956. 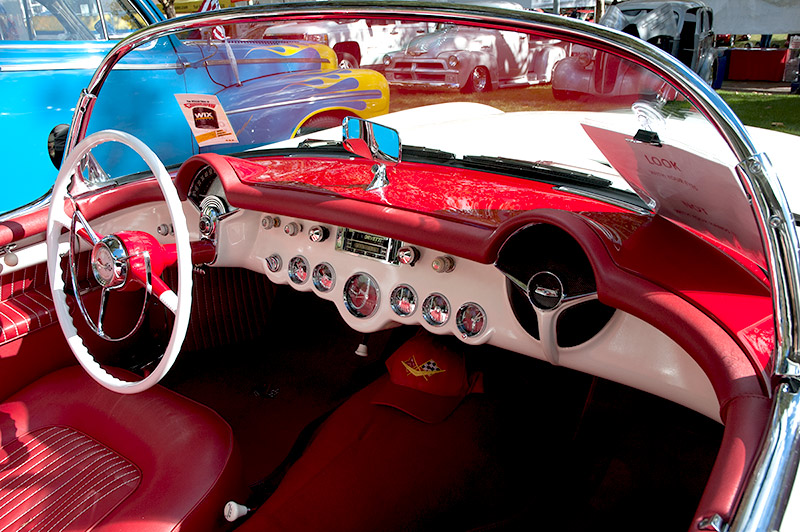 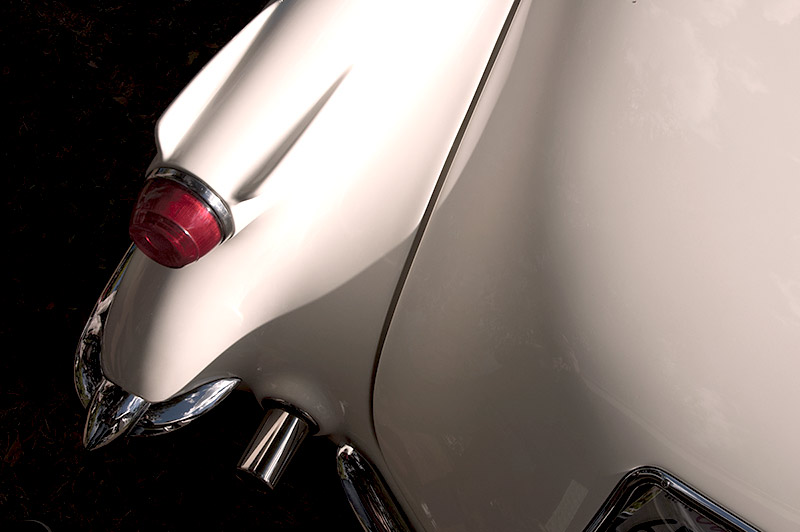 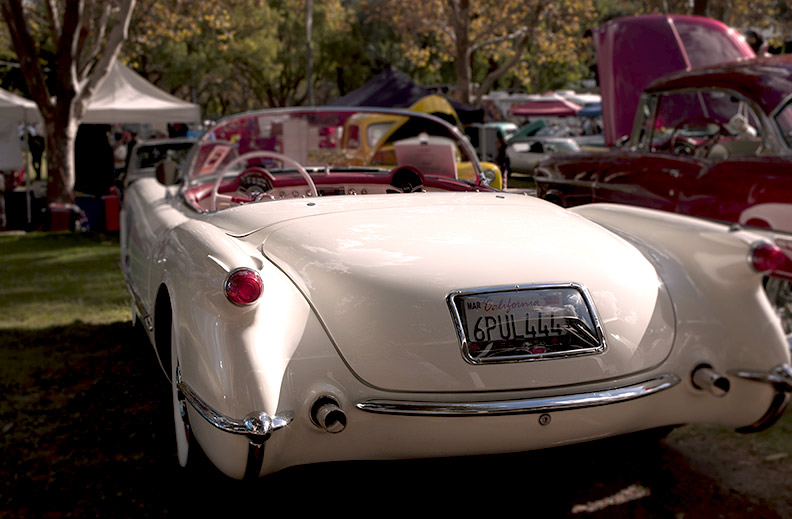 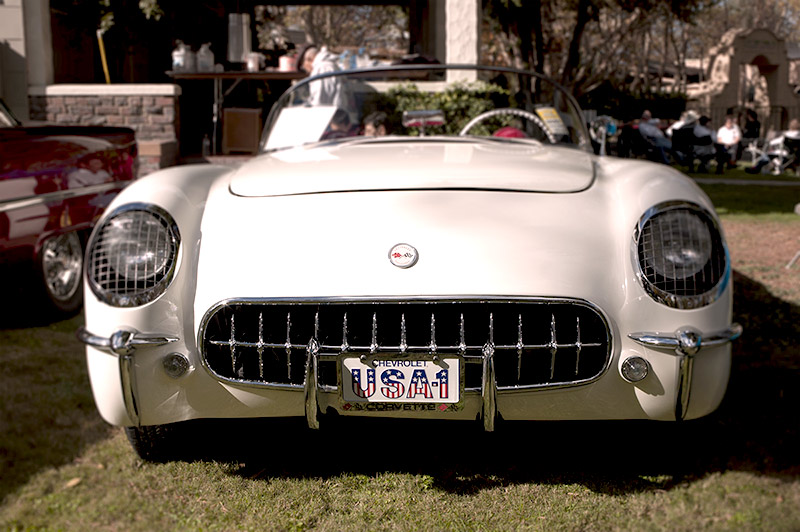 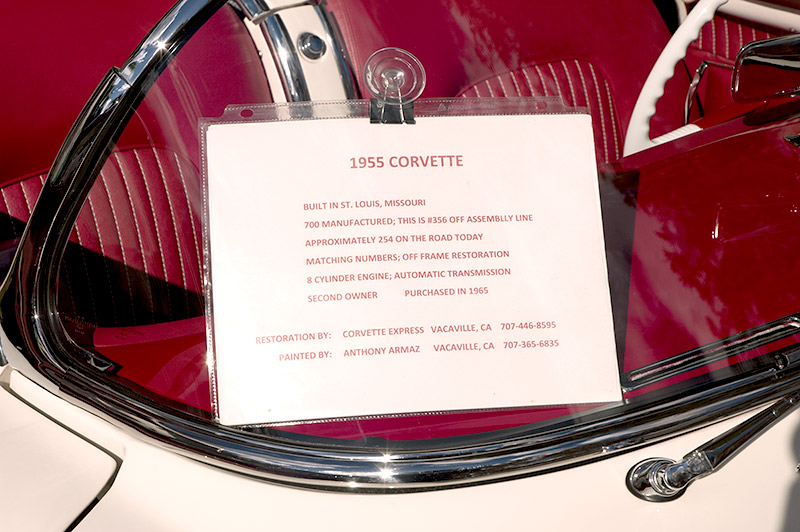