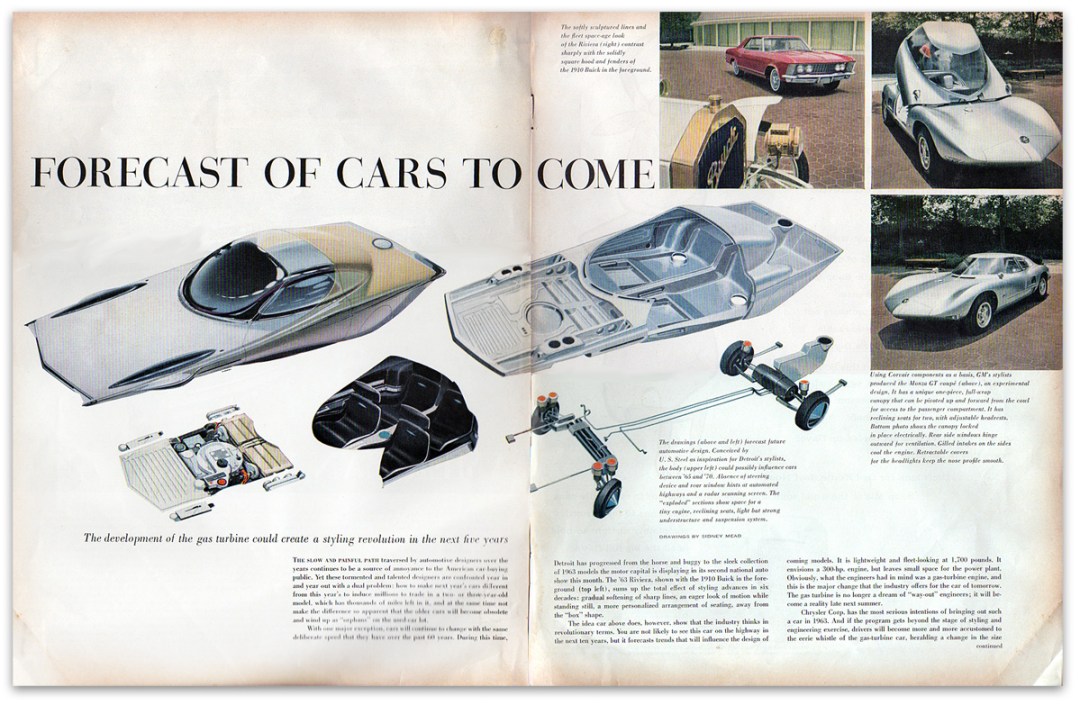 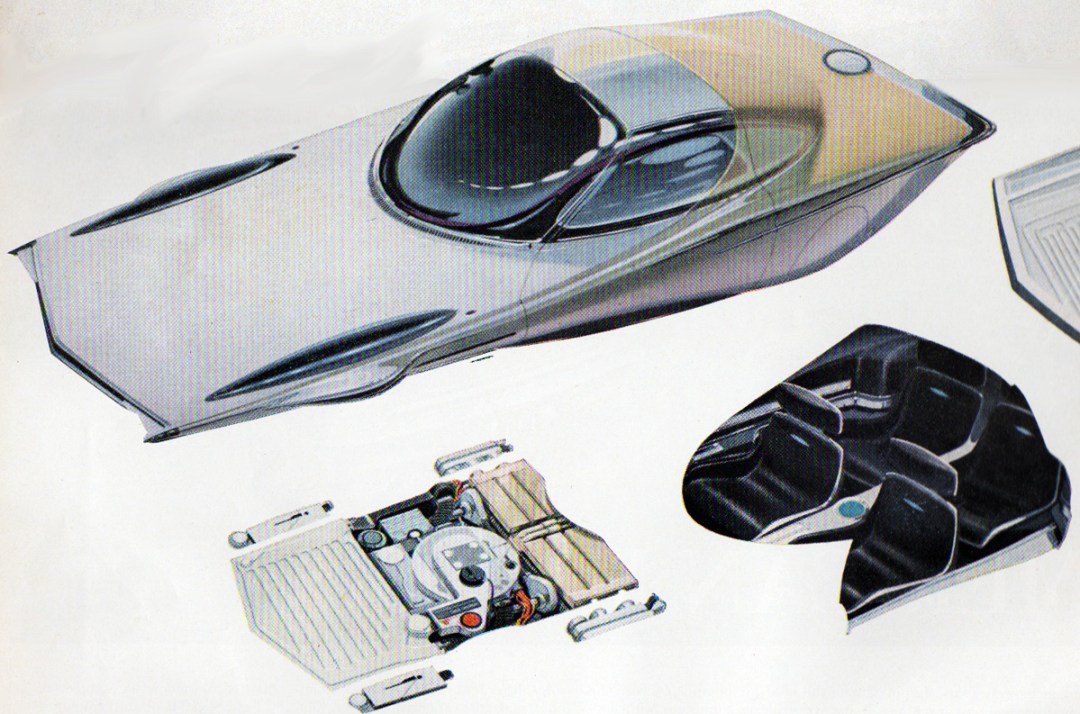 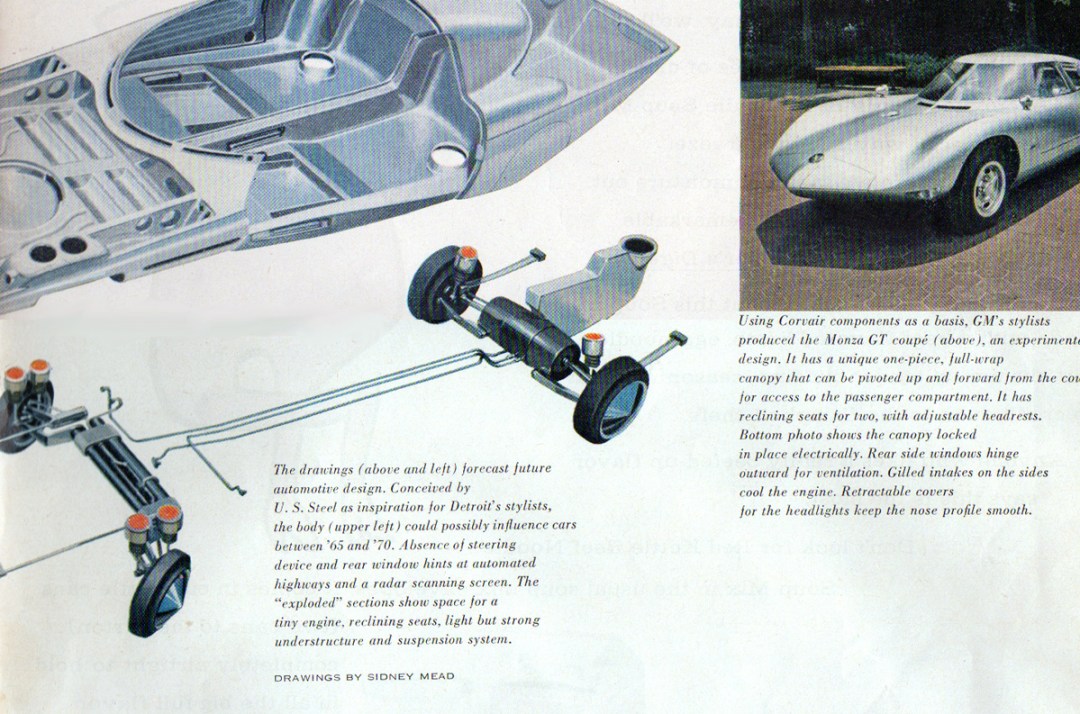 Found this article “Forecast Of Cars To Come” over the weekend at the Alameda Point Antiques Faire. Timeless design I thought at the time. Interesting since this illustration and article was created in 1963. At the time, I thought the Monza GT prototype mentioned in this article looked like a future Corvette. After a bit of research, I found out that the Corvair Monza GT coupe was designed by Larry Shinoda and Tony Lapine. Five years later, Shinoda would go on to design the 1968 C3 Corvette. (Also known as the Shark Corvette.)

John, my partner at SemiBig, took a closer look at this old magazine spread and noticed a credit below the illustrations: “DRAWINGS BY SIDNEY MEAD.” Or as he’s known today: Syd Mead. Mead is the legendary visual designer/futurist of Blade Runner, Tron and Aliens. (How the hell did I miss that? Oh that’s right – I’m old.)

Excerpt from the article (unfortunately I only have the one page):

The development of the gas turbine could create a styling revolution in the next five years
The slow and painful path traversed by the automotive designers over the years continues to b a source of annoyance to the American car-buying public. Yet these tormented and talented designers are confronted year in and year out with a dual-problem: how to make next year’s cars different from this year’s to induce millions to trade in a two-or-three year old model, which has thousands of miles left in it, and at the same time not make the difference so apparent the the older-cars will become obsolete and wind up as “orphans” on the used-car lot.

The idea car above does, however, show that the industry thinks in revolutionary terms. You are not likely to see this car on the highway in the next ten years, but it forecast trends that will influence the design of coming models. It is lightweight and fleet-looking at 1,700 pounds. It envisions a 300-hp. engine but leaves small space for the power plant. Obviously what engineers had in mind was a gas-turbine engine, and this is the major change the the industry offers for the car of tomorrow. The gas-turbine in no longer a dream of “way-out” engineers; it will become a reality next summer.