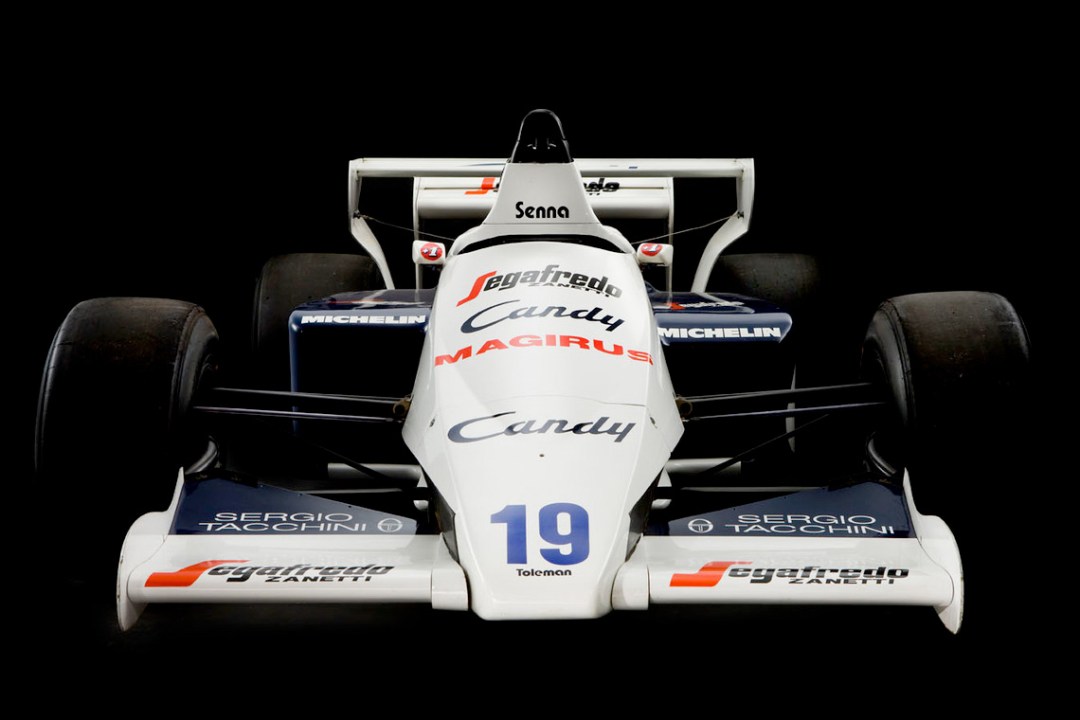 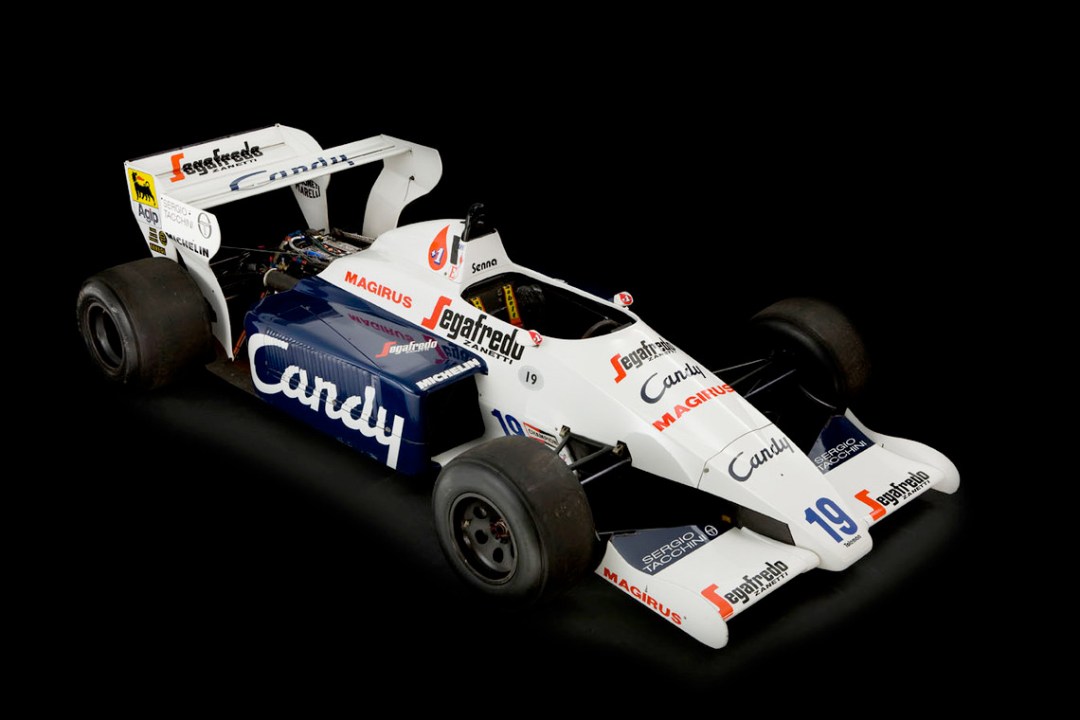 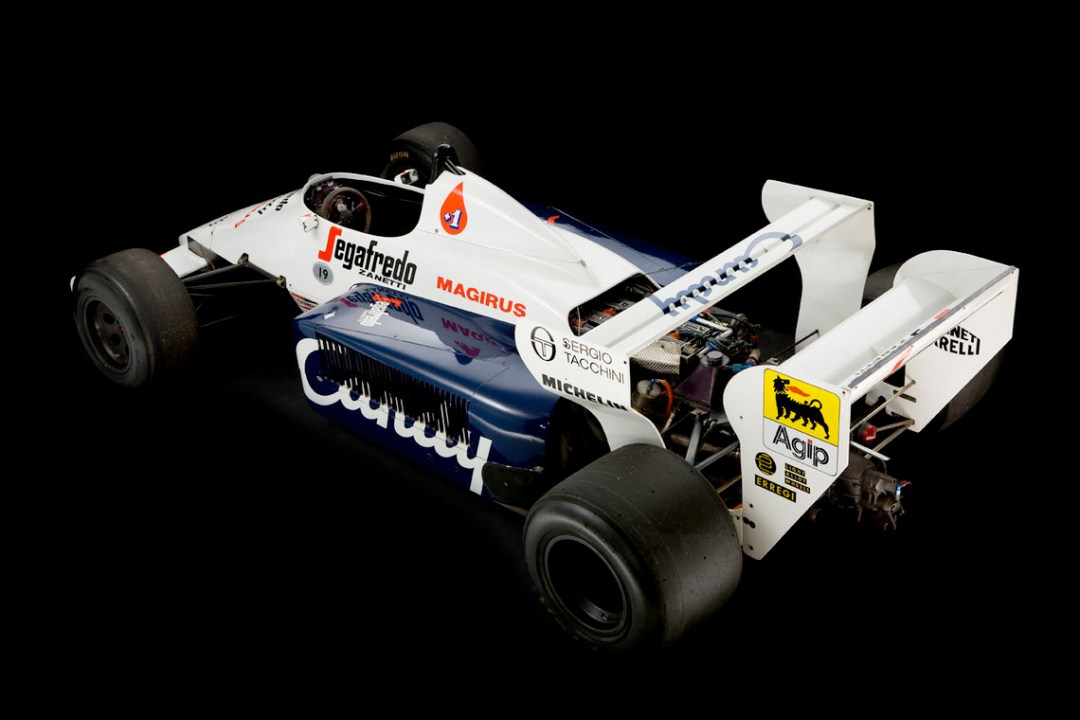 “This chassis was piloted by Senna in the 1984 Monaco Grand Prix where the Brazilian driver announced himself on the world stage in spectacular fashion by finishing first on the road, but classified second to Alain Prost after the race was stopped on lap 32 due to torrential rain. Had the race continued, Senna would have scored Toleman’s first ever victory in spectacular fashion.”
– about the Toleman TG-184-2 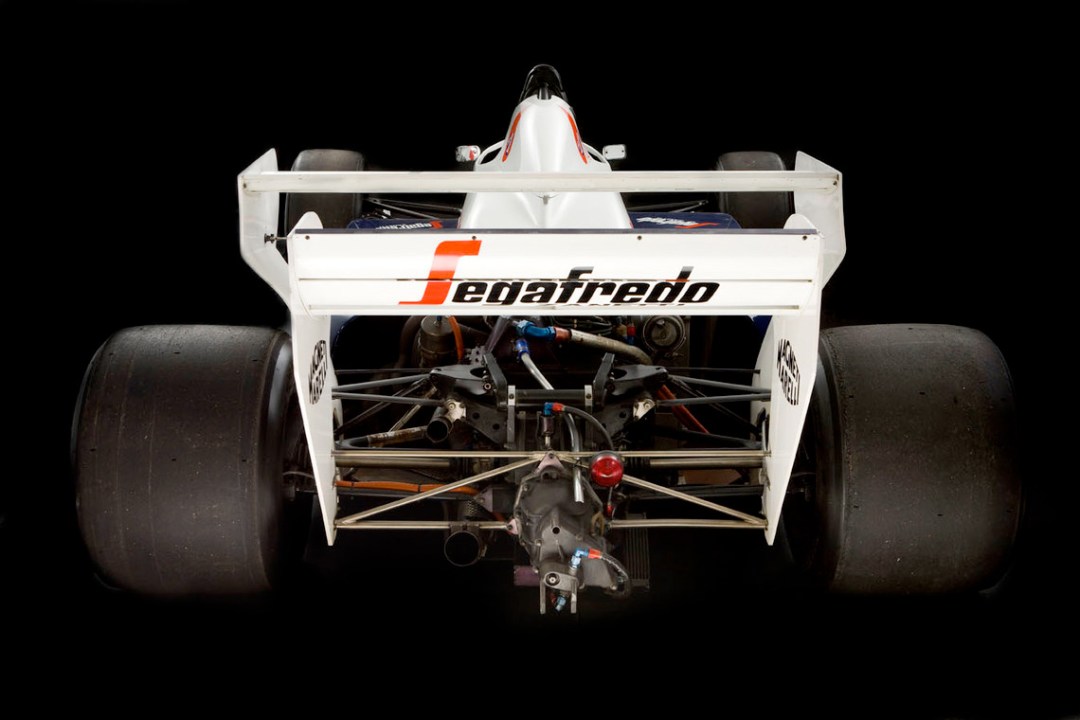 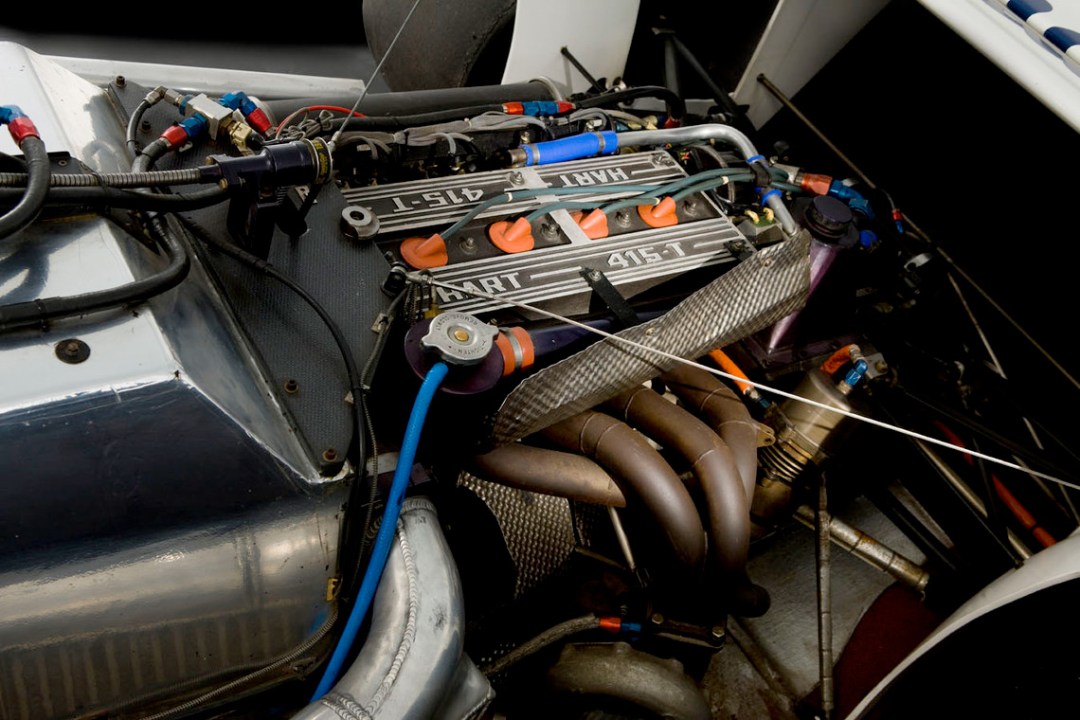 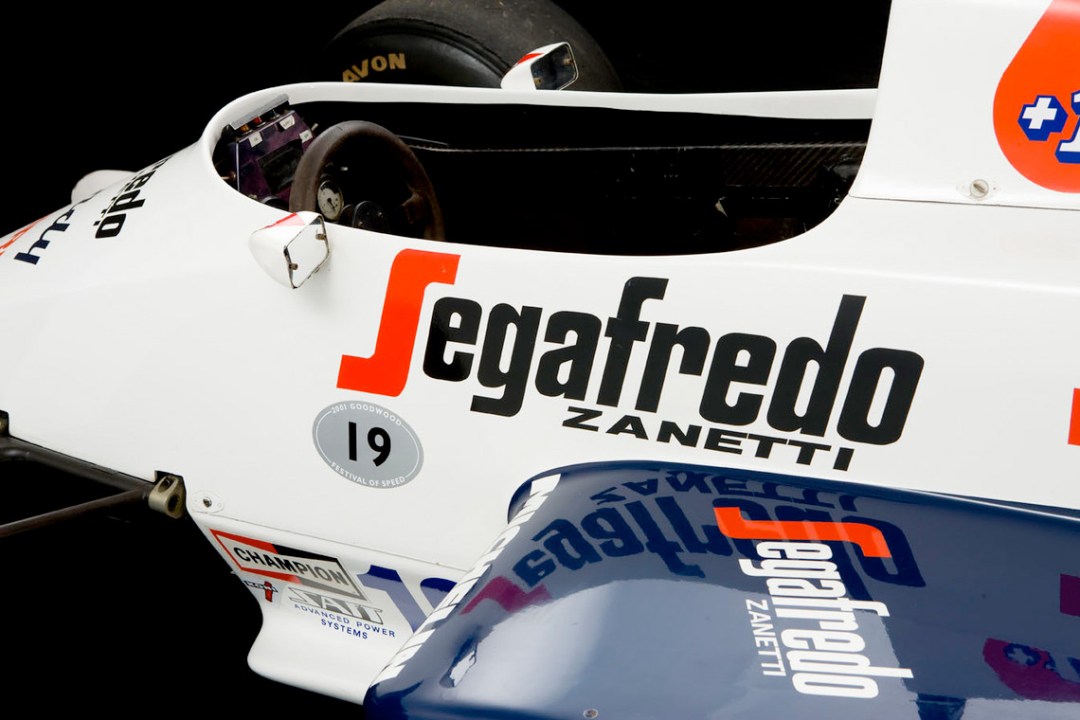 This car provided the young Brazillan with the opportunity to showcase his immense talent on the highest stage. The story of the 1984 Monaco Grand Prix had everything, a young driver who would become the greatest of them all threading his way through the field, relentlessly hunting down the man who would soon become his arch rival. Human drama set against the glamour of Monte Carlo and the worst the heavens could throw at the Principality. Senna qualified 13th but, as he would demonstrate time and again throughout his illustrious career, he proved without equal in the treacherous conditions.

By lap 19 he had passed Niki Lauda’s McLaren for second and had Alain Prost in his sights. Such was the Brazilians superiority over the field that at one stage he was catching Prost by four seconds a lap. This was only Senna’s sixth Formula One race but it left rivals with no doubt that the quiet young man from Brazil posed a real threat, just four years later he would take the first of his three World Championships.