On Any Sunday. Starring Steve McQueen (1971)

Three posters offered by Bonhams at The Autumn Stafford Sale. Reminded me of how great this movie still is. Nominated for a 1972 Academy Award for Documentary Feature. 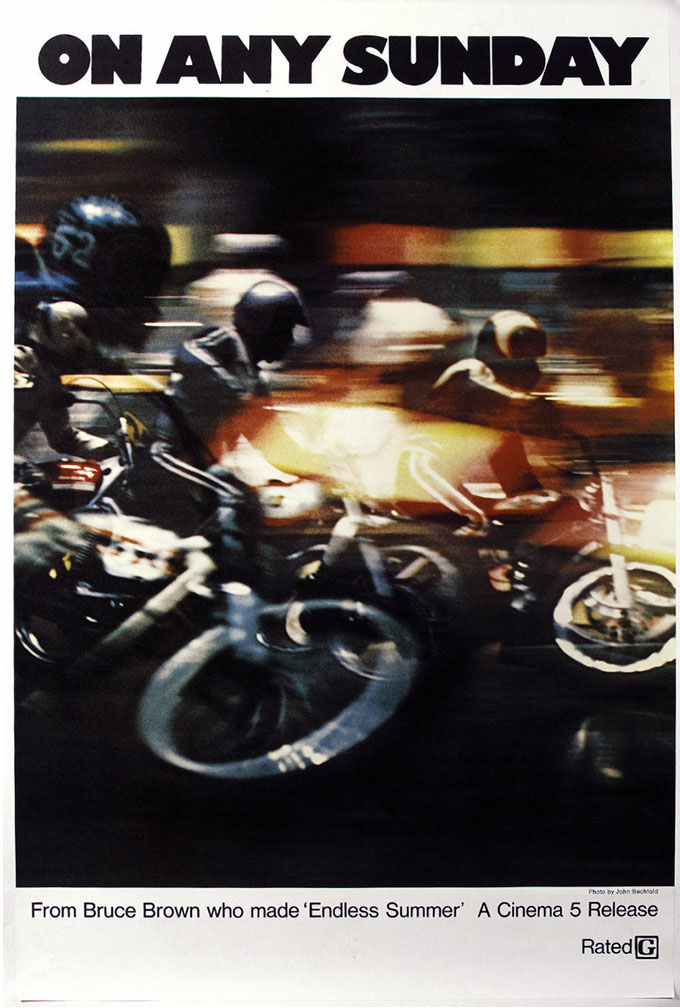 “At times I’d have a particular shot in mind. For example, I wanted to shoot a muddy motocross race and show the riders with mud all over them. First you have to be at a motocross race when it rains, then you have to find a good location to shoot. We tried and tried to get a shot with a rider caked with mud. We finally did get the shot, but for a while it seemed like we never would.”
– bruce brown. director of on any sunday 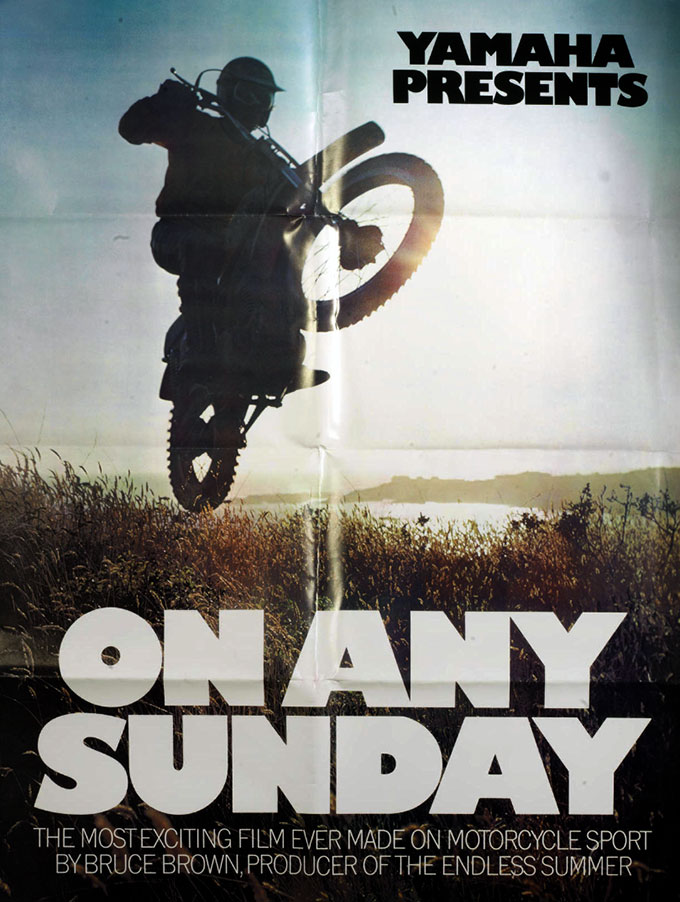 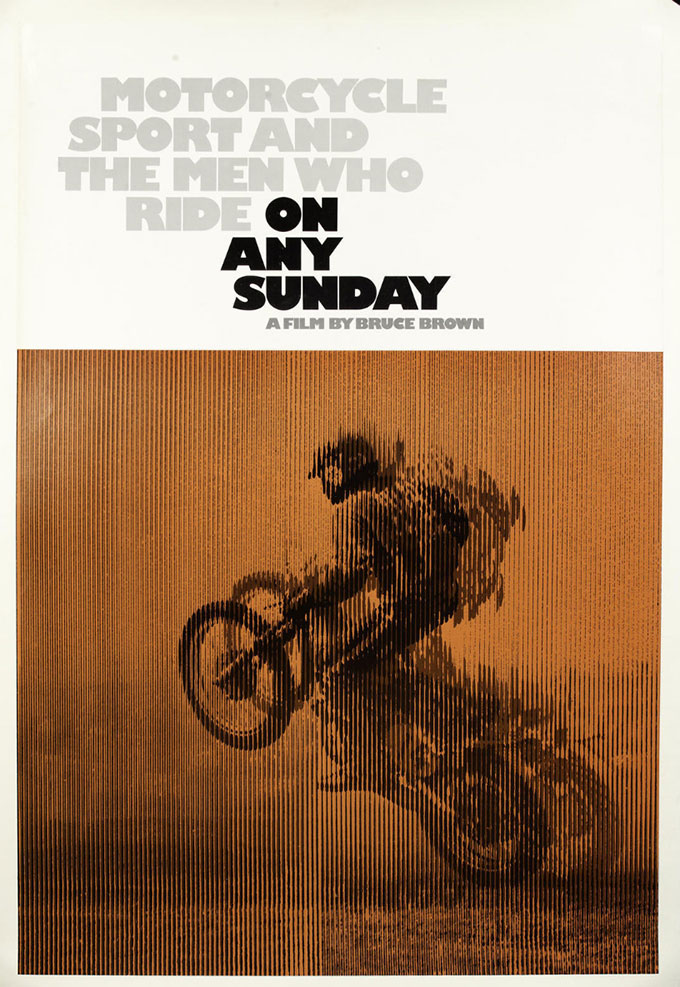 On Any Sunday is a 1971 American documentary feature about motorcycle sport, directed by Bruce Brown. It was nominated for a 1972 Academy Award for Documentary Feature.

This documentary follows the lives of motorcycle racers and racing enthusiasts. Brown tried to show the unique talents needed for the different forms of racing. For instance, the motocross riders were typically free-spirited types, while desert racers were often loners. In Grand National racing, Brown showed the differing personalities, such as the business-like approach to racing displayed by Mert Lawwill versus the carefree approach that wild young rookie David Aldana became known for. (Wikidpedia)

+ Source: On Any Sunday Posters :: Bonhams