My only question, can I fit two kids and a few bags of groceries into this bad boy? 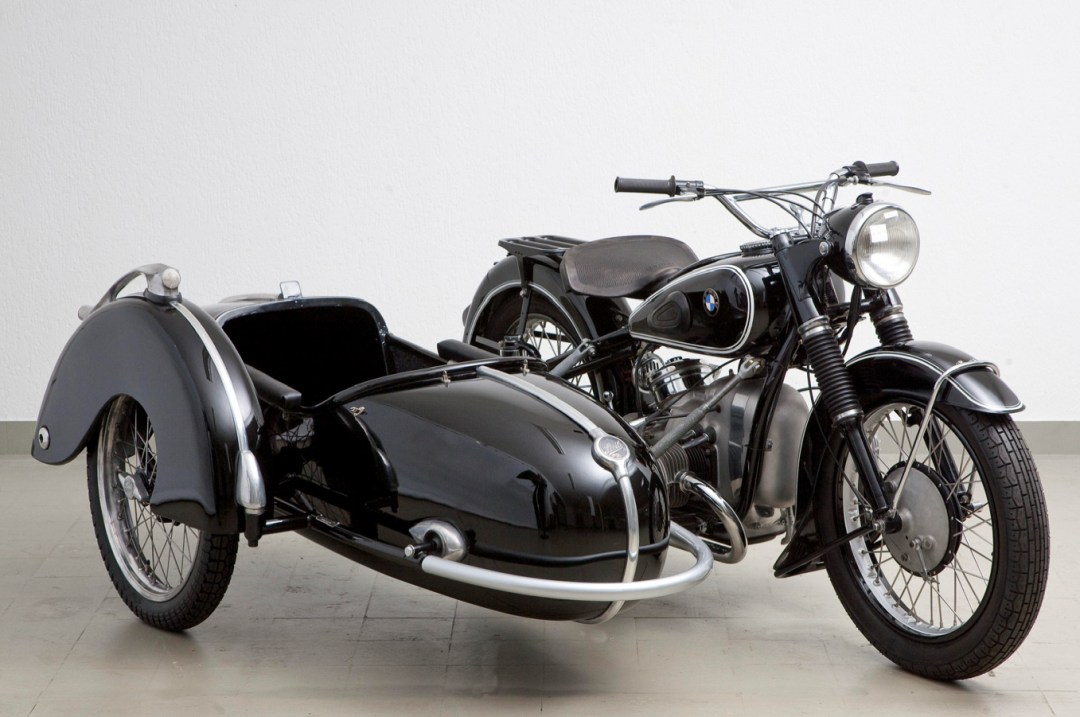 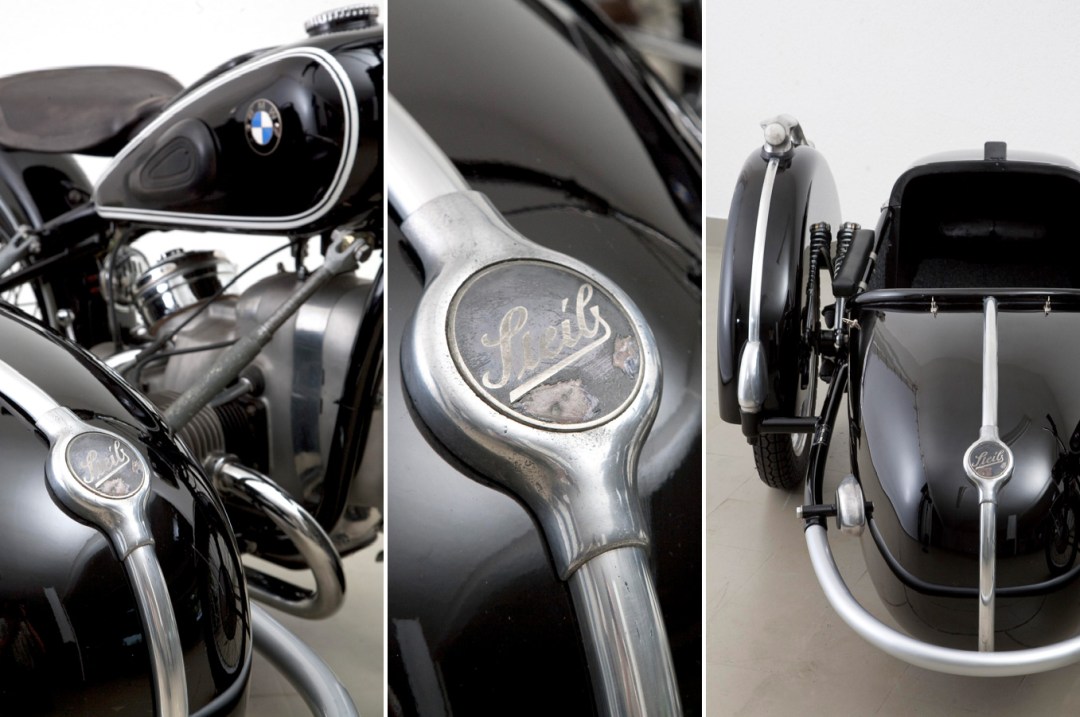 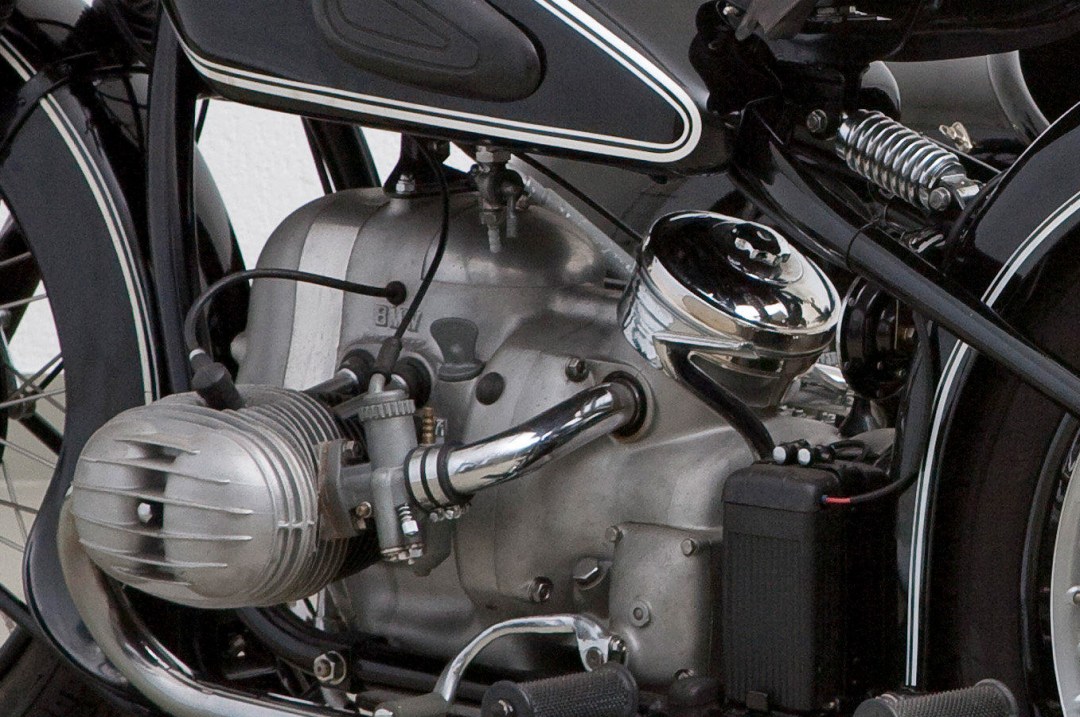 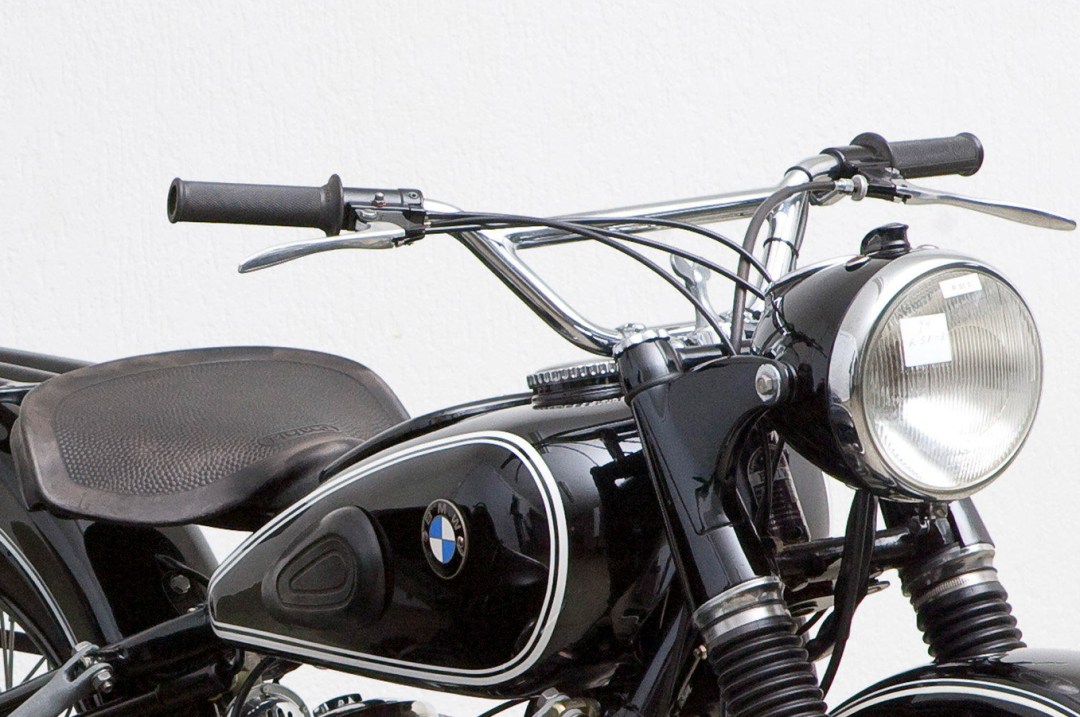 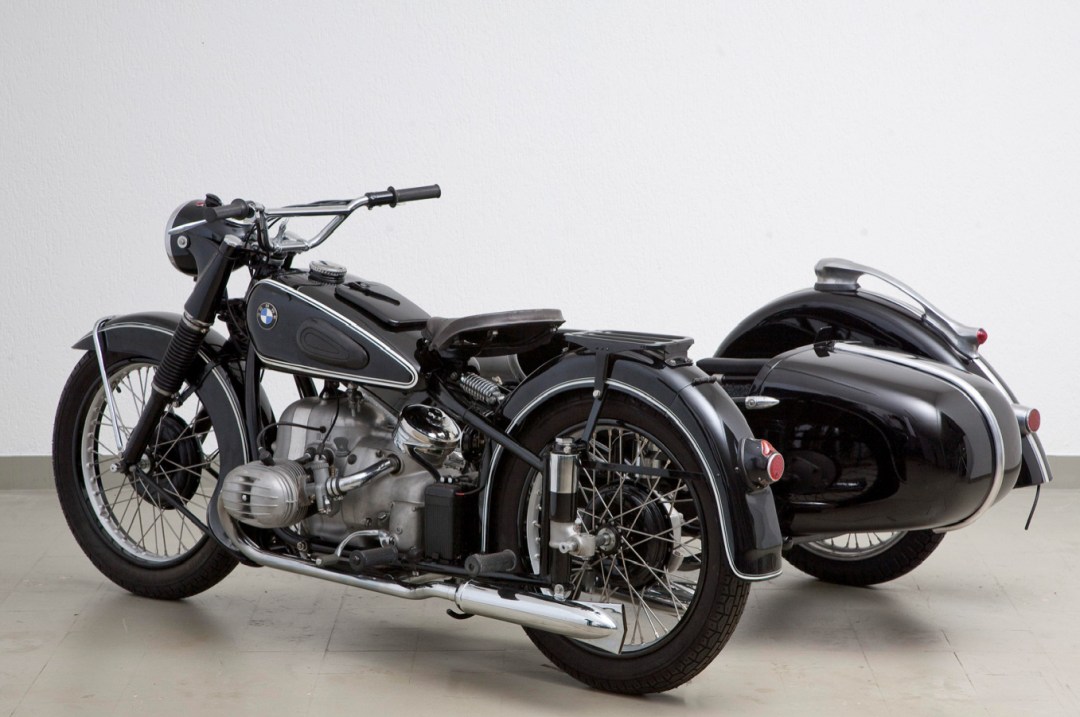 BMW recommenced motorcycle production in December 1948 with the R24 single but it would be another 12 months before a twin-cylinder model became available again. This was the R51/2 based, as its designation suggests, on the pre-war R51. Improvements incorporated into the R51/2 included a two-way damped front fork, gearbox mainshaft damper and strengthened frame. In truth, the R51/2 was only a stopgap model to get production under way while BMW worked on something more modern. Its replacement, the R51/3, arrived in February 1951 and despite the similarity in designation had an entirely new and much neater looking engine incorporating a single, gear-driven camshaft and crankshaft-mounted generator among a host of other advances.

This R51/3 is attached to a Steib S250 single-seat sports sidecar. Delivered new to Block in Braunschweig, Germany, the machine displays a total of only 3 kilometres on the odometer which, presumably, is the distance covered since restoration.
– Bonhams