Marco Di Pietro wanted to ride motorcycles with this father who had retired long ago from bike riding. So, Marco spent a year in stealth mode to expertly rebuild a Honda CX500 for this father. 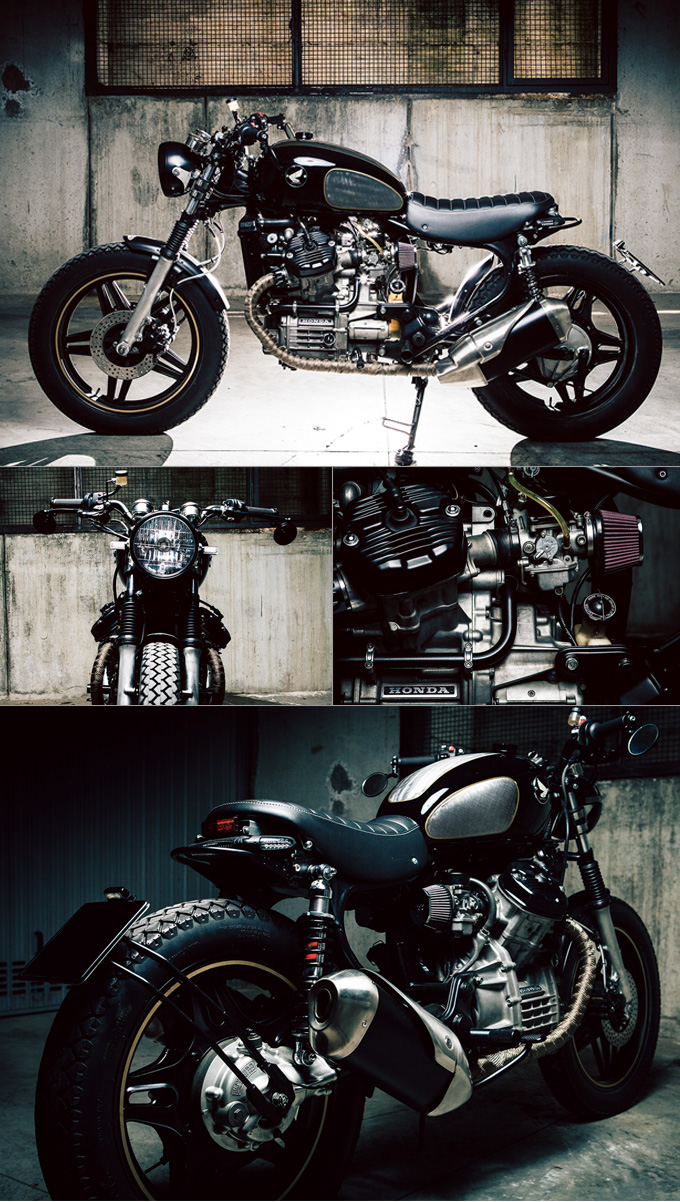 “During his lifetime, Marco has owned many bikes, and along the way he asked his father many times to hit the road with him, but his father always refused saying he was ‘too old to get back on the saddle.’ So Marco decided to fix that by building him a bike.” 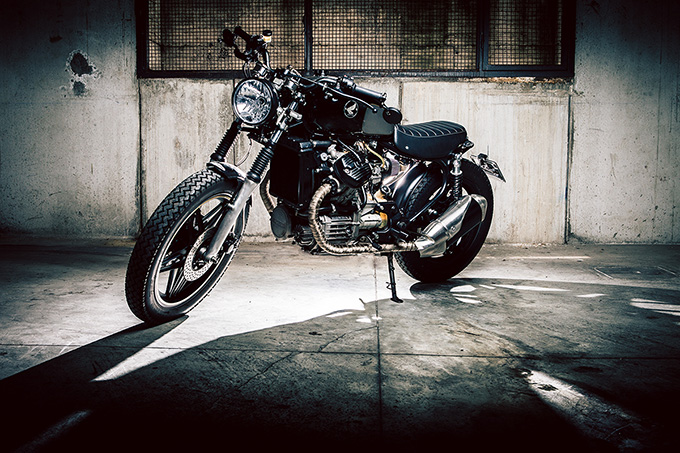 When Marco Di Pietro was born in 1986, his father, an avid motorcyclist, decided to hang up his helmet feeling at the time it was too risky and dangerous, what with a new son. Also, he didn’t want to pass that passion down to Marco. But that didn’t take – in Marco’s words, “Obviously he never managed to do that. I’ve always been fascinated from engines especially two wheeled ones.”

During his lifetime, Marco has owned many bikes, and along the way he asked his father many times to hit the road with him, but his father always refused saying he was “too old to get back on the saddle.” So Marco decided to fix that by building him a bike. For an entire year his father was kept in the dark. “Almost one year of silences and excuses to never let him enter in my garage.” Finally on his father’s 58th birthday he surprised him with Betty – the nickname of this new custom bike. 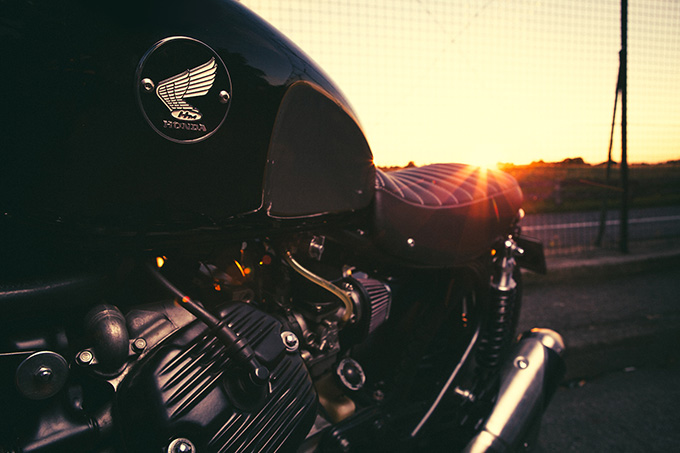 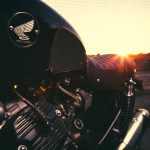 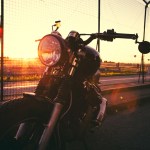 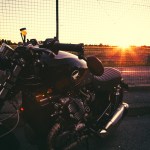 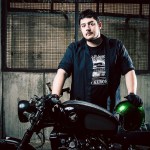 Marco took a 1981 Honda CX500 keeping the frame, engine, wheels and a few other parts. The rest was all his craft work: welding, cutting, adapting, and finally re-painting everything “…as if it was brand new.”

The frame was modified to hide the battery in the tail which was cut down in size to give the bike a more aggressive look. The saddle was completely modeled by Marco using fiberglass and aluminum. According to Marco, “The forks are now improved with new progressive springs and a more dense oil, while the shocks on the back are adjustable Bitubo to better feel the bike around corners and strong braking.”

The tank comes from an old Bonneville and modified to fit on the frame with new welded brackets. He did the same on the chassis. The coils were replaced because of space issues.

The brakes have been “refreshed” with a revision kit, a Nissin radial pump and new steel hoses. The airbox has been removed to leave a big hole between the engine and the back wheel to ensure a bull-like style concentrating the volumes to the front and to lighten the back. 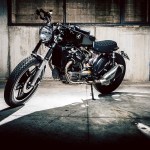 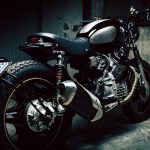 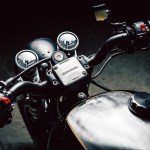 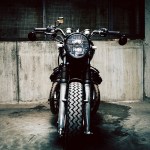 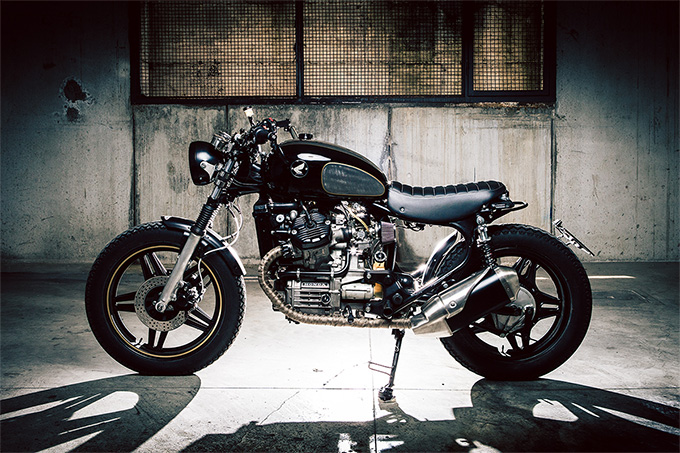 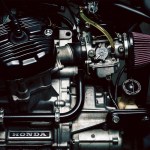 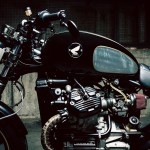 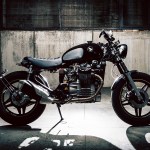 The exhaust was handmade, “For this I choose two “street legal” silencers to let her be beautiful – but not noisy.”

Powder coating for the frame, cylinder heads and other spares while the tank was hand-painted with black and gold leaving transparent spots with raw metal.

My only wish – that I could gotten this story before Father’s day. My son is only five, but you gotta teach these youngbloods early.