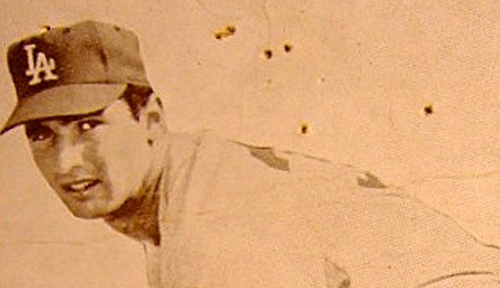 The McCourts and their ugly divorce shows how this couple treated the Dodgers like a bottomless piggy bank.

I just finished reading “A Major-League Divorce” written by by Vanessa Grigoriadis for Vanity Fair. It’s an excellent account of the McCourt divorce and their disastrous ownership of the Dodger franchise.

The McCourts have plundered this baseball treasure by spending like there was no tomorrow:

“For beach homes, they purchased a John Lautner-designed house in Malibu, from Courteney Cox and David Arquette for $27.3 million. They took the beachfront bungalow next door, too—after all, it was only $19 million. In court papers, Jamie said that they used the bungalow to house an overflow of guests from time to time and do extra laundry.”

“They spent $12.4 million to rip out the tennis courts and build an Olympic-size indoor-pool complex, including a poolhouse, a sauna, and massage rooms. (The house already had an outdoor pool, as did the Lautner house, but Jamie felt those were not suitable for the kind of long-distance swimming she liked to do.)”

Paying a Dodger employee a salary of $400,00 to run one of the team’s charities:

“The organization paid a $400,000 salary to one of their sons, who worked at Goldman Sachs, and $200,000 to another, a student at Stanford University, to do jobs with rather elusive duties. (The couple has never been able to explain to the press what those jobs entail.)”

“To all appearances, Frank McCourt seems essentially broke—although he is living in a $30,000-a-month suite at the Montage hotel—and struggling to pay the team’s bills.”

“Frank and Jamie spent as much as $10,000 a month on a haircutter who tended to their locks five days a week.”

But worst of all:

“An off-duty paramedic from Santa Cruz was beat to a pulp in a poorly lit parking lot of the stadium—an incident that was laid at McCourt’s feet, since he had let go of the Dodgers’ chief of security four months earlier..”

Why does this story bother me? Yes the McCourts are greedy scoundrels – but as far as we know, they’re not criminals. I don’t even follow baseball that closely nowadays. But when I was a kid, the Dodgers were my team. 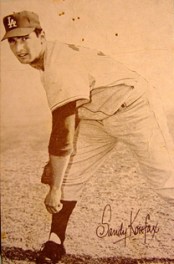 I really loved baseball and especially all-things Dodgers. I grew up in a small town north of Los Angeles, and every year we’d make the one-hour trek to see at least one Dodger game.

But back then, it was the highlight of my life to watch a Dodger game. Devour a hot dog. Crack-open a bag-full of peanuts and toss the empty shells. One visit, I even caught a glimpse of a tanned and resplendent Vin Scully – the best baseball announcer ever – in my mind. All within the natural stage of the Chavez Ravine. Sunsets watched, as a game marched-on, were a Technicolor-like sensation, and I was never more alive than sitting there as a loyal fan.

In high school, I once played in a baseball game within the shadows of Dodger Stadium. I still remember how I felt truly blessed to be near hallowed ground. The Los Angeles air was sweet, and a young man’s possibilities were endless. Perhaps one day, if I had a few breaks, I could play shortstop for the Dodgers.

I lost the love of the game because of the money, at least that’s what I tell myself. It didn’t happen overnight – but it happened. Owners of baseball teams back then were small mom-and-pop businesses compared to the multi-billionaire-made-my-money-somewhere-else-and-need-an-ego-stroke owners of today. Back then, some rookies made salaries equal to my father’s civil-servant income. Money was there, as its always been in sports and baseball – it just wasn’t as abundantly obscene as it is today.

Pickpockets In the Night

The McCourt story bothers me because there’s absolutely no stewardship or bond with the fans and the community who helped buy their multiple mansions. They took the fans money like pickpockets in the night. Bud Selig, who tired of these long ago, now has to approve any Dodger expenditure over $5,000. (I wouldn’t be surprised if he institutes a daily TSA-like frisking of Frank McCourt for Dodger trinkets and office supplies).

I have hope that these good times will someday return to Chavez Ravine. And that I can take my son and daughter to experience a Dodger game. Tell them about the game, and how it once held a special spell on me. It’s what we fans expect from sports, and especially baseball: a shared-experience of humankind’s infinite possibilities.