In his day job, Jeremy is a lead designer for a industrial design firm. He recently sold his first cafe racer build, and is working on his second. We saw his motorcycle sketches on the webulars a few weeks back, and we finally got a hold of him. Jeremy kindly set over some large versions of his illustrations. 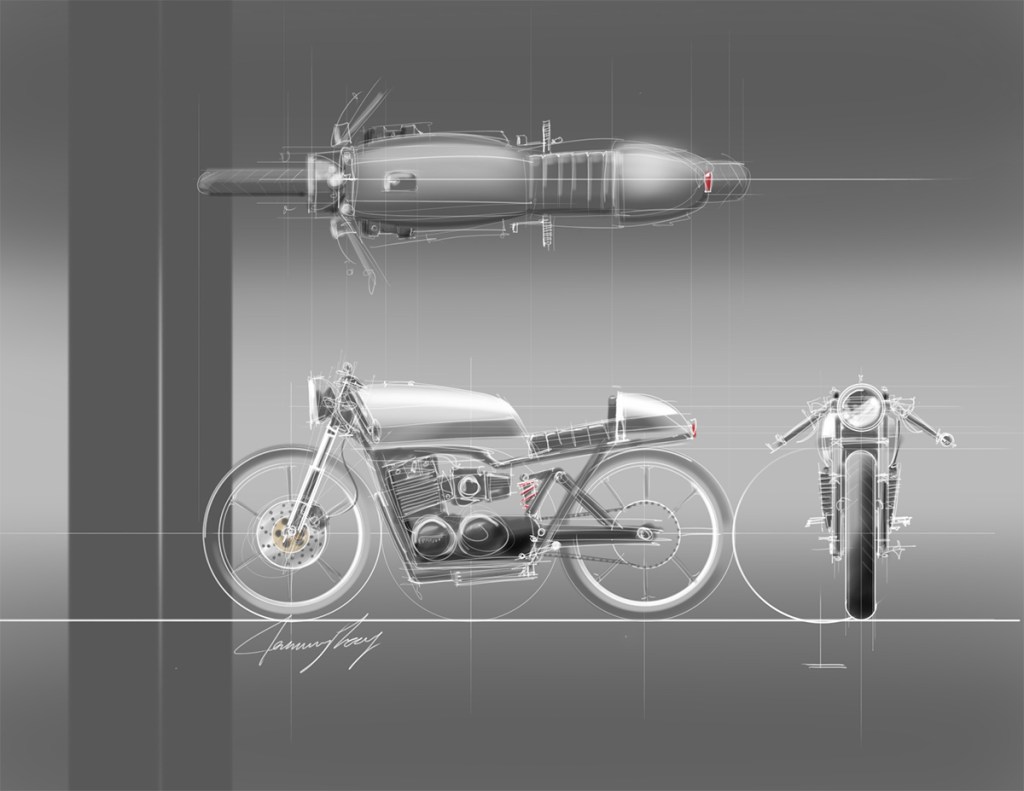 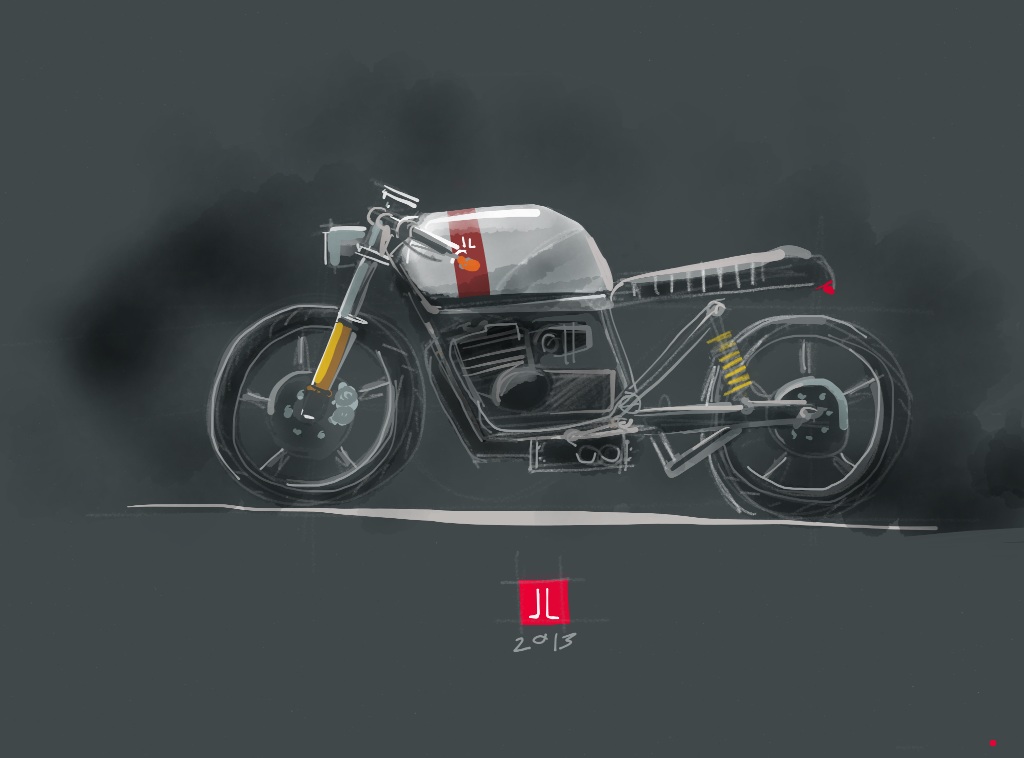 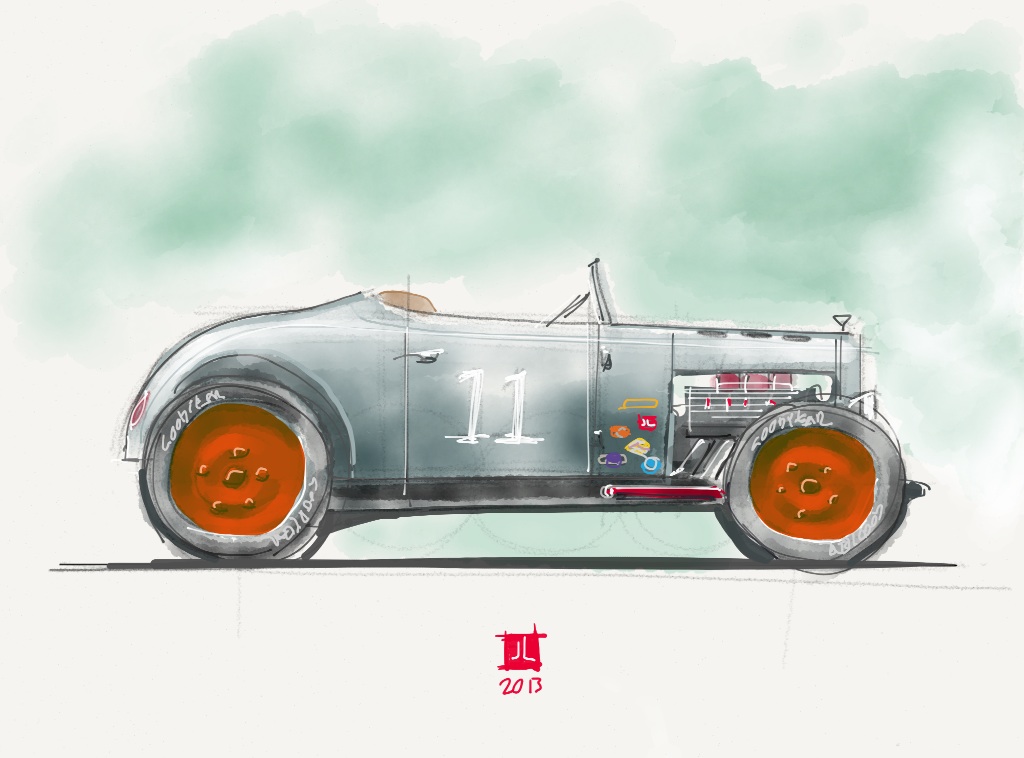 “I grew up around old cars. To me there is nothing better than the smell of old oil and gasoline and the adventure that these types of vehicles provide. It gets in your blood.”
– jeremy lacy 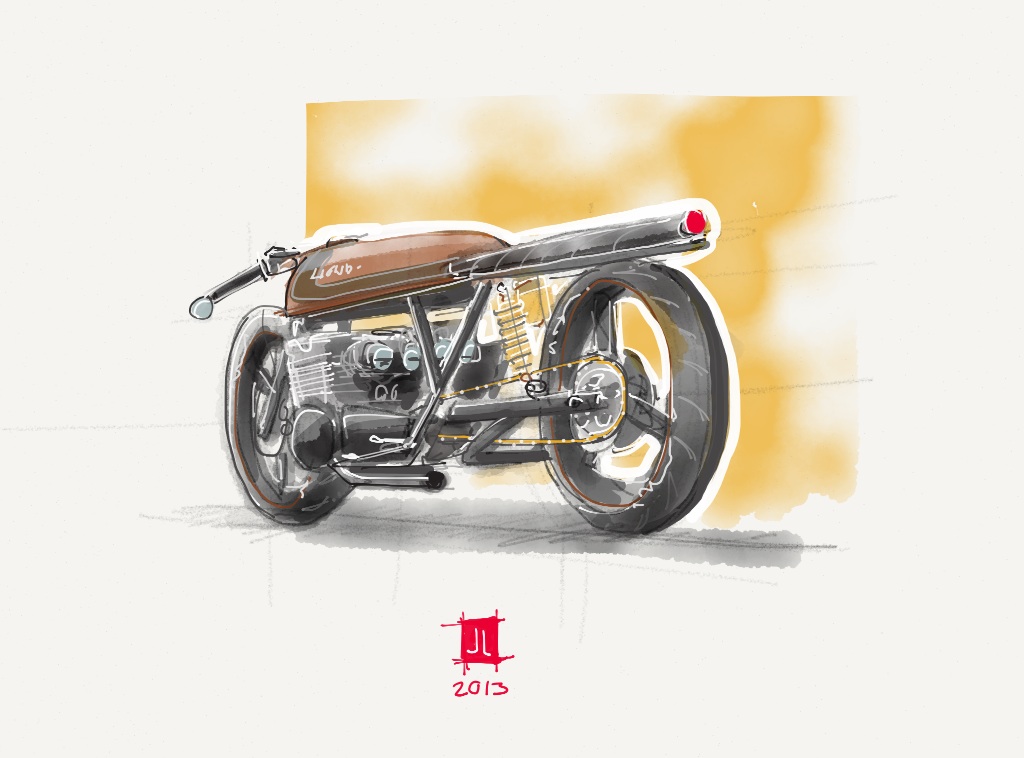 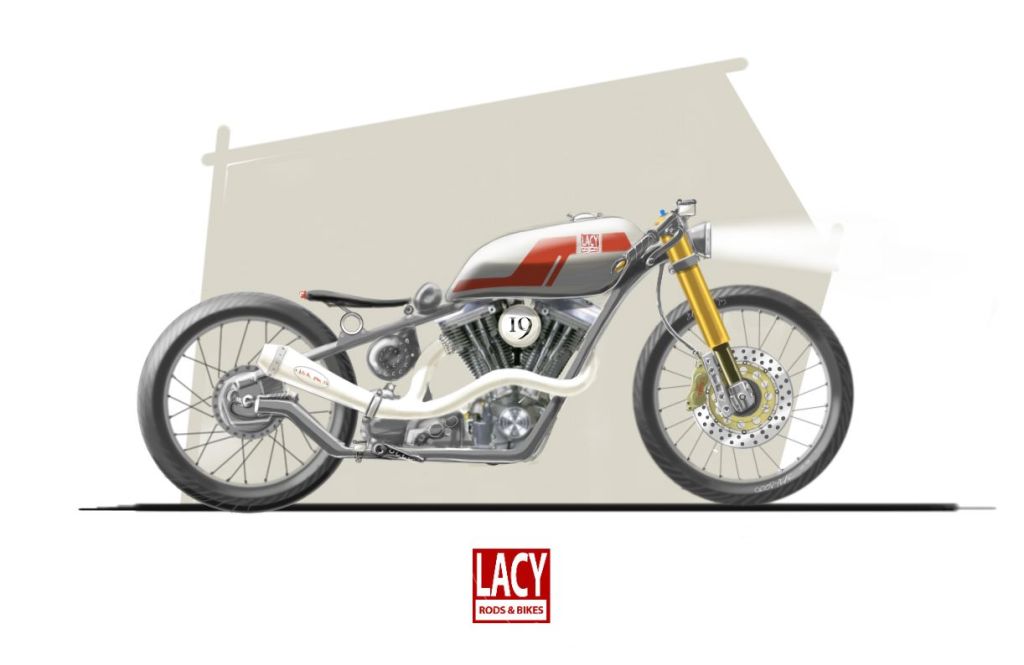 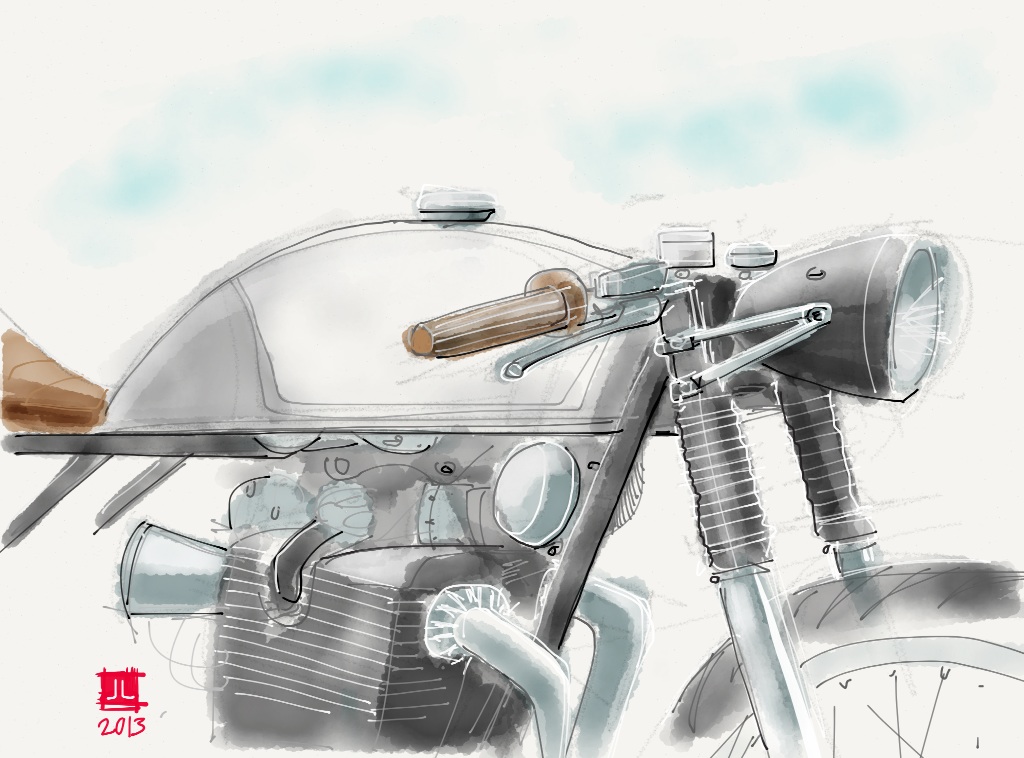 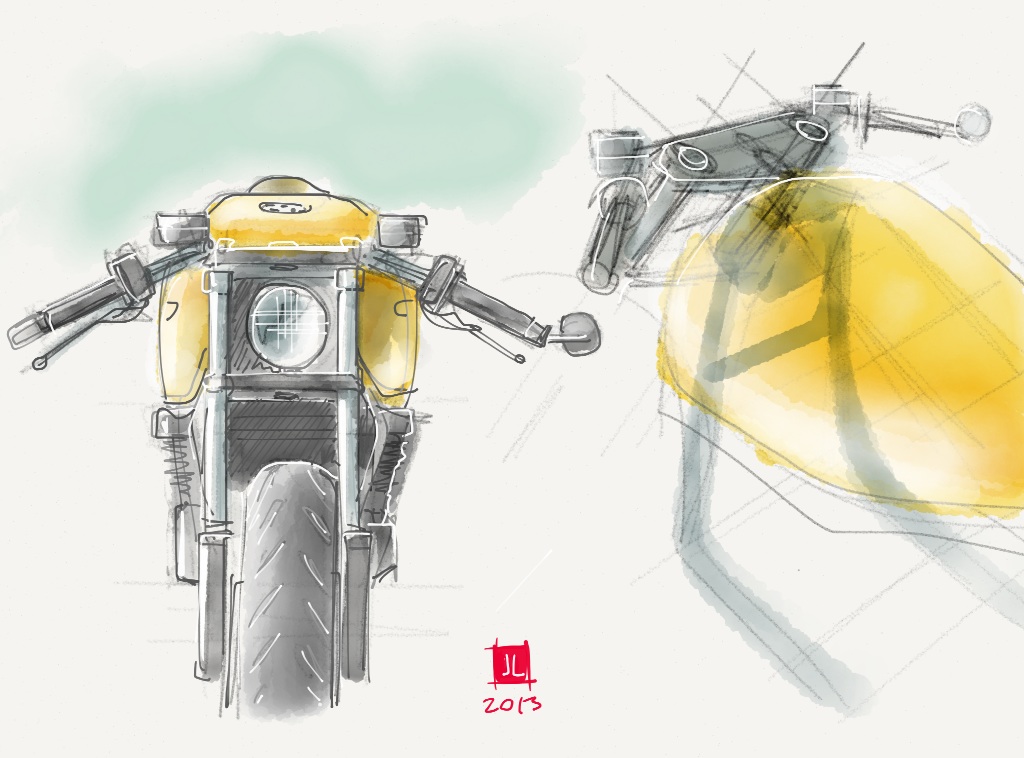 From Jeremy: For my day job I work as an lead designer for a local Industrial design firm. But my true passion has always been the wheels :) Like most people these days I don’t have a ton of free cash rolling around so sketching allows me to realize my visions on a shoe string budget! I set up Lacy Rods and Bikes as a front for this passion. I’d love to eventually have a small garage and do this full time. 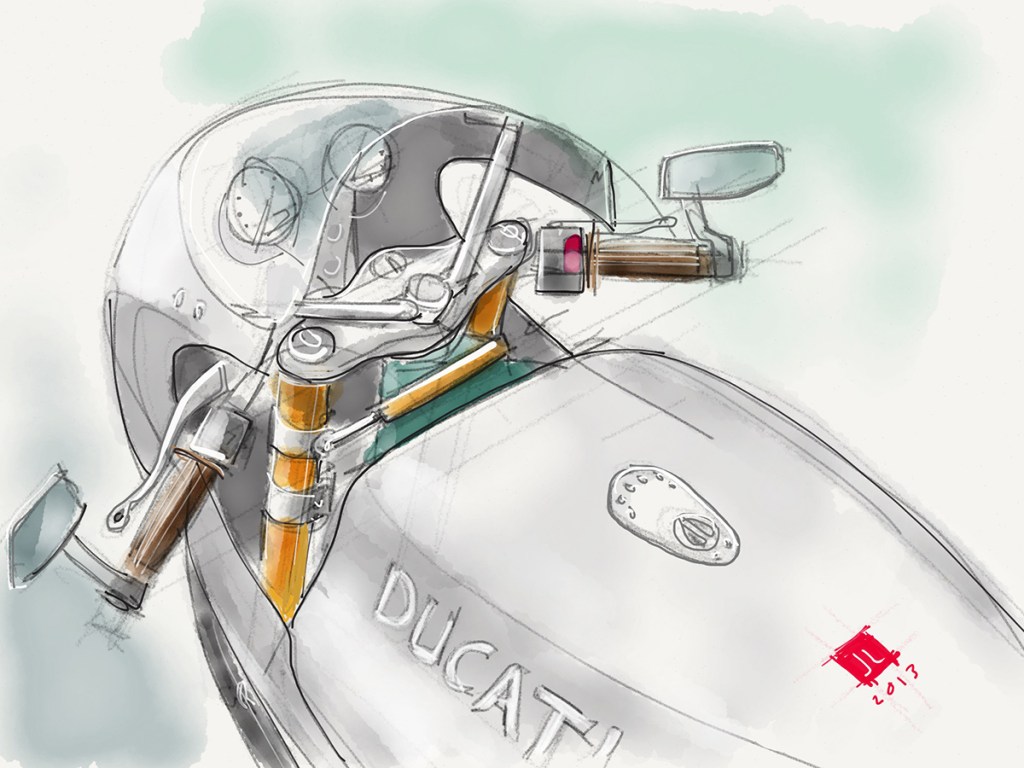 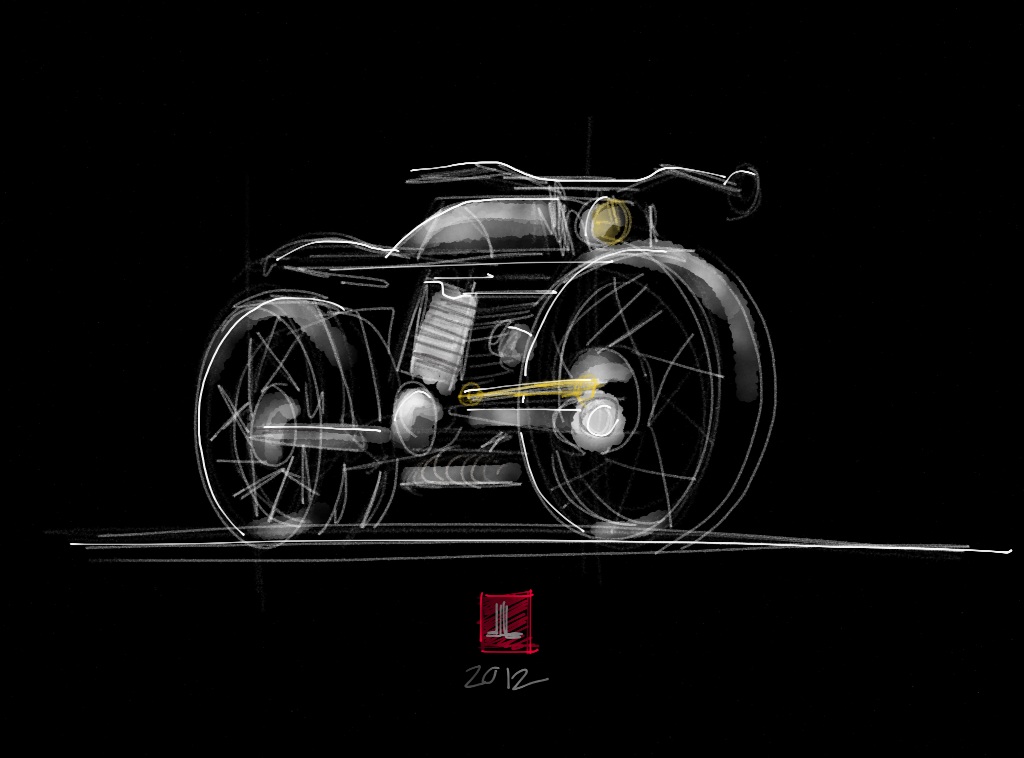 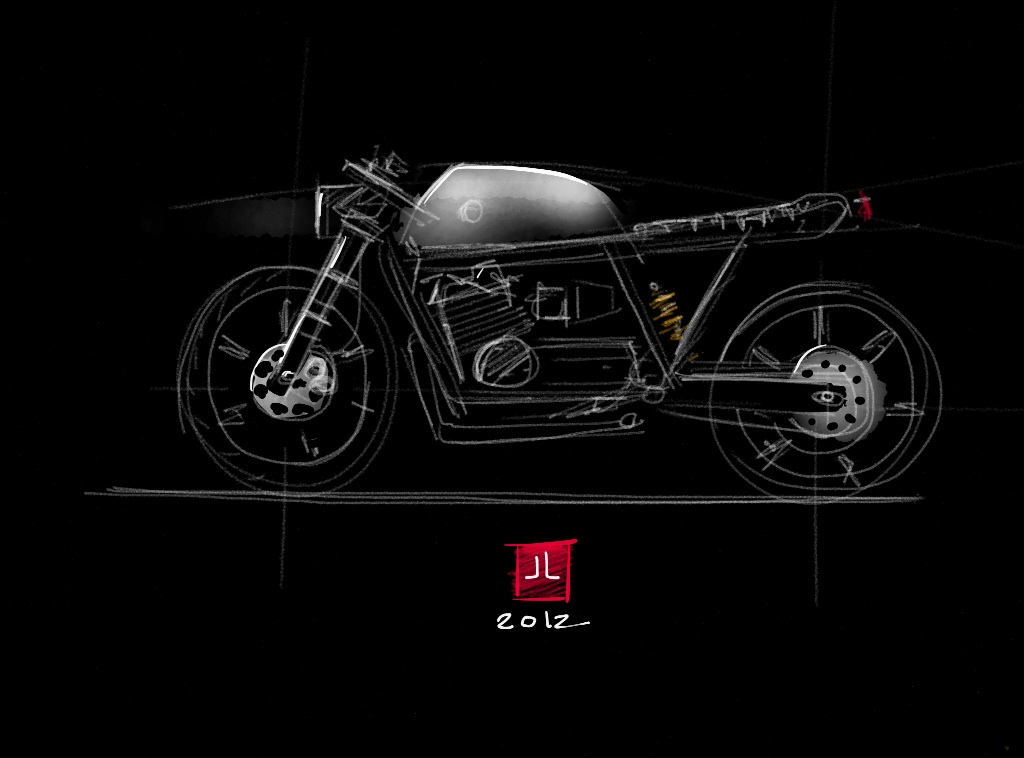 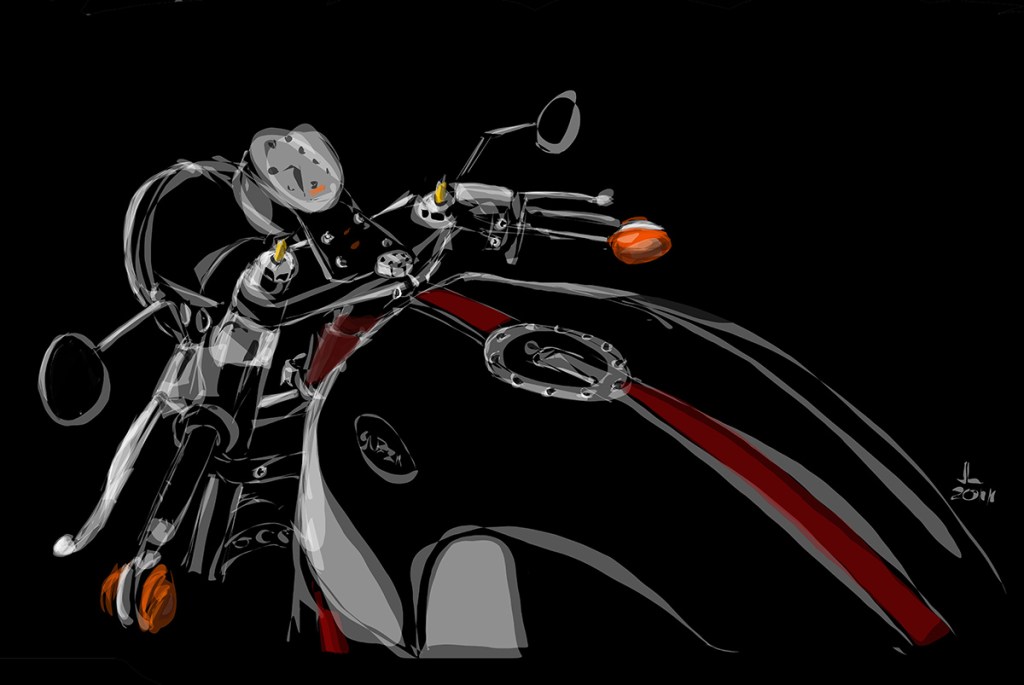 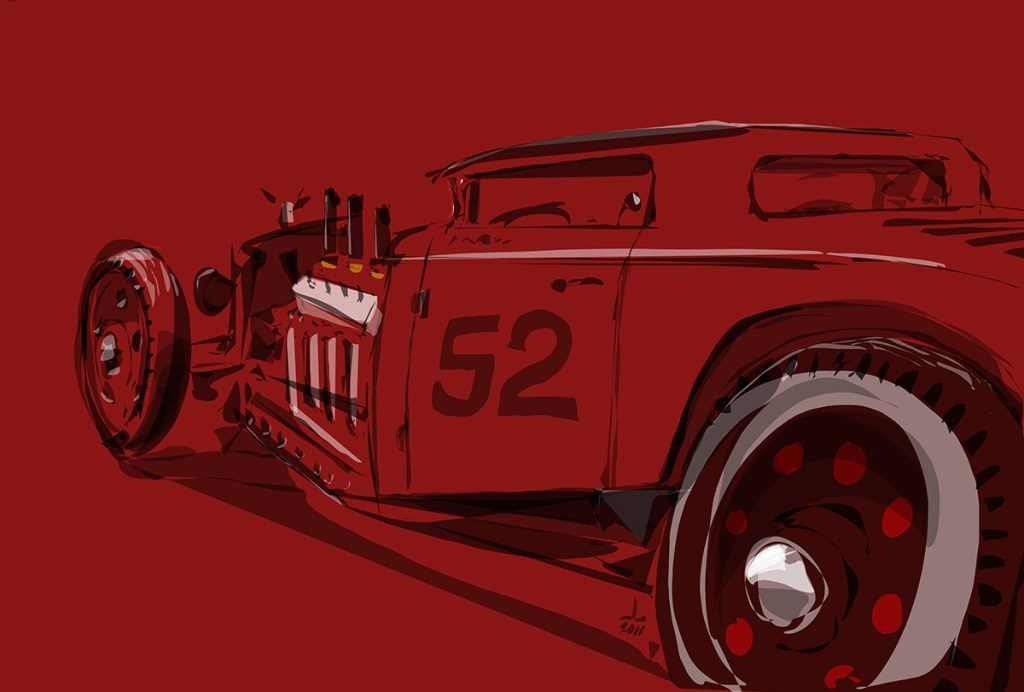 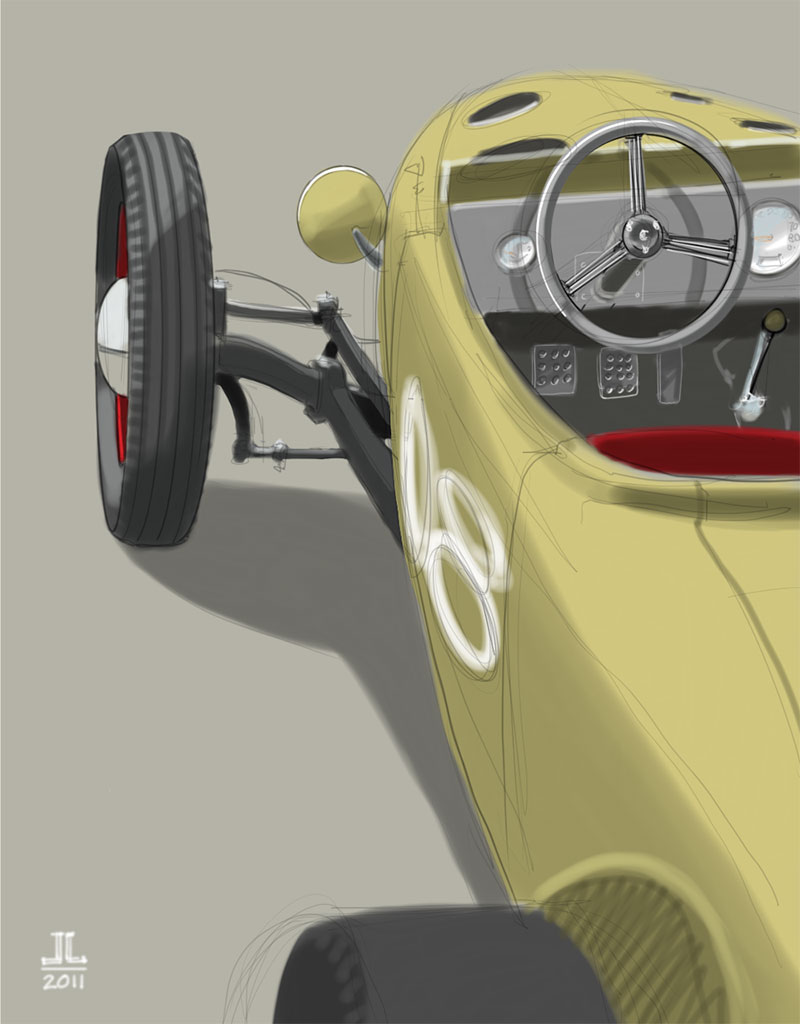 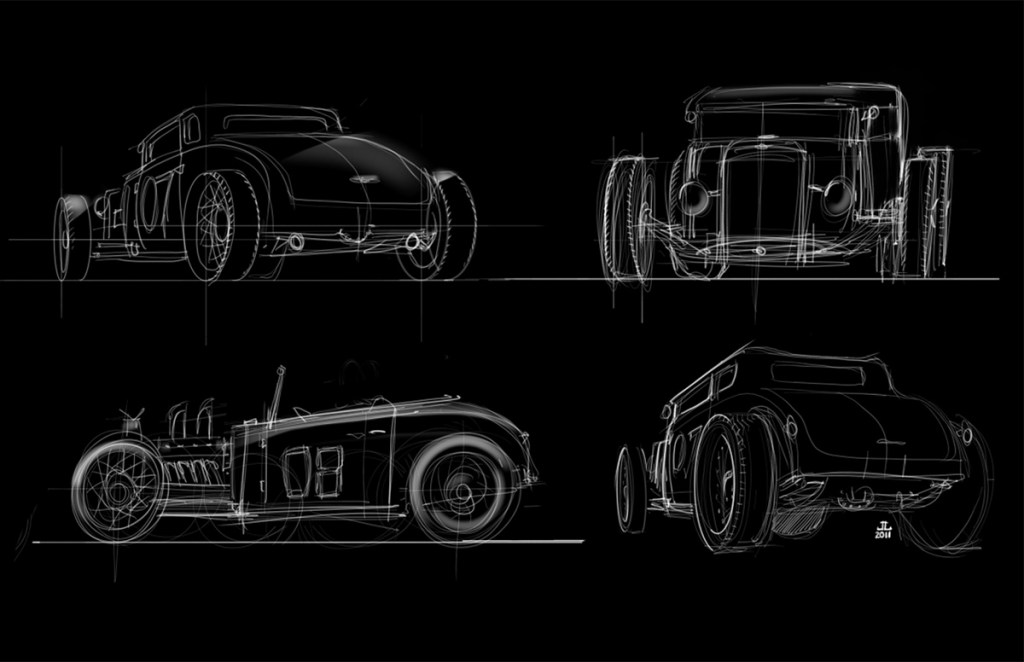 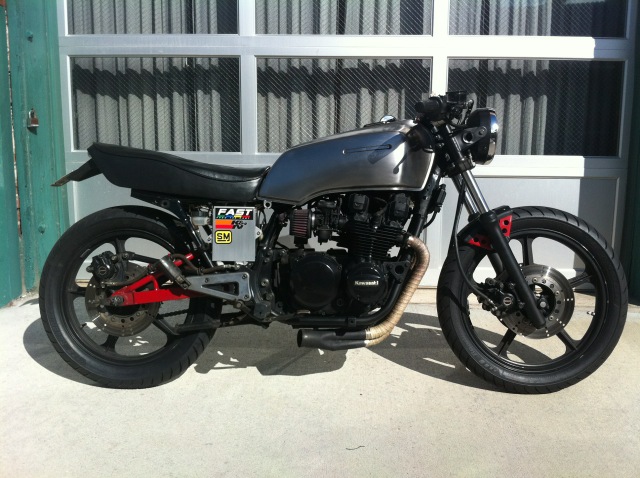 Jeremy on his two moto builds: I have built a cafe racer. I’m actually on my second one now! My first one was an ’83 GPZ550 I picked up dirt cheap. It had good bones and freed me up mentally from being scared of screwing something up and being out lots of cash! I think that’s what the garage movement is about, getting out there and learning for yourself. It was a very fun bike and I see why they used to call it the Giant Killer! That thing could move for being so old. I sold it for a very small profit and it was the stepping stone to getting my next project! 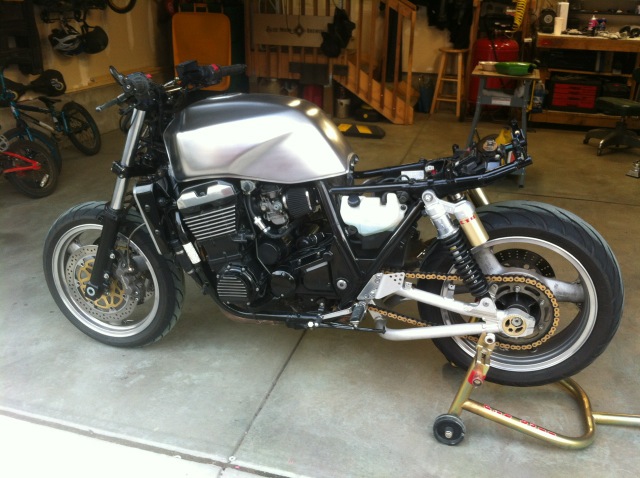 I’ve now started working on a ’99 ZRX1100. I had a ZRX 1200 years ago and remembered the brute power and how much fun it was to ride. I haven’t seen too many of these bikes modded yet so It seemed like a good platform to get a bit better reliability as well as more speed. It’s the newest bike I could think of that still had some of that late 70’s early 80’s vibe (twin rear shocks, stout cradle frame, cool rear swing arm). I’m just tearing into it and have found a few obstacles to overcome with the basic design & proportions but I’m working it out. I’m still deciding on the seat and which way to go with the bars (looks or function) I can’t wait to see Honda’s new CB1100, I think that’s going to be a fantastic bike to customize.

What I’m finding is that the cool older bikes that used to be considered throw aways just a few years ago people want way too much money for now. As this movement has gotten bigger the search for an affordable build platform has gotten harder and harder to find – it does spur creativity though. Classified Moto is a perfect example of this. I do miss the days of $1/cc though!