The shoe is another vintage classic from endclothing UK. The “Pre” is for Steve Prefontaine from Coos Bay, Oregon. Considered by many to be the greatest American long-distance runner of all-time. The man burned with charisma. 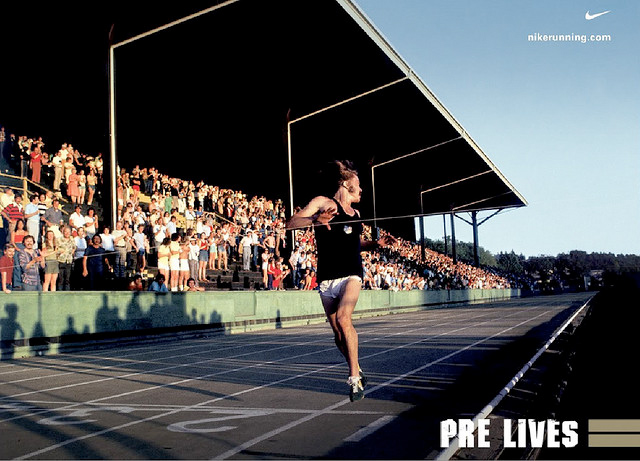 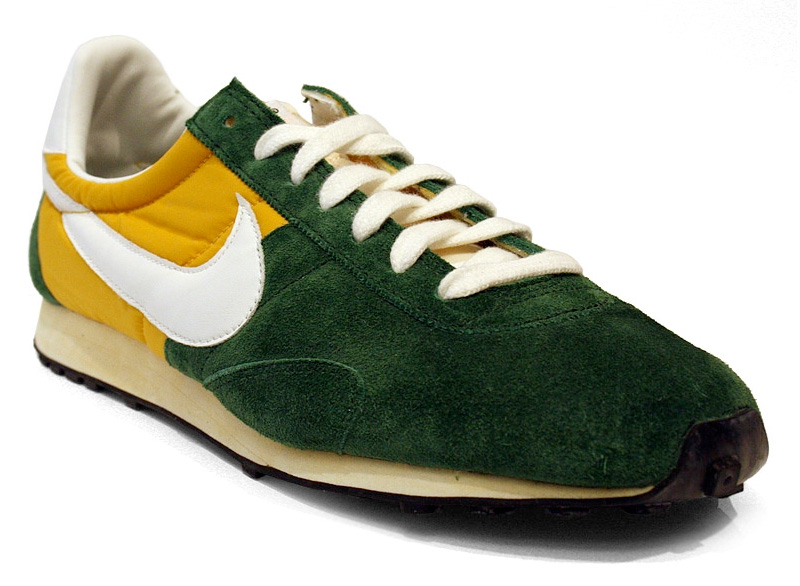 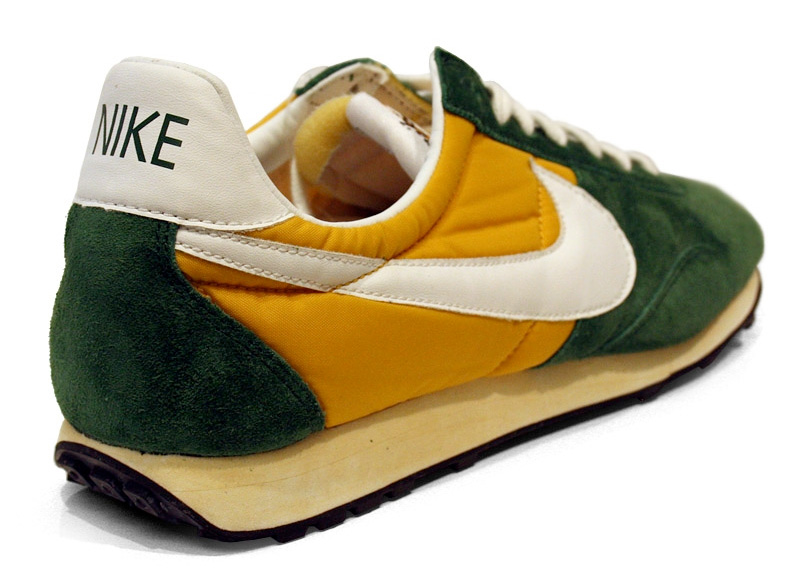 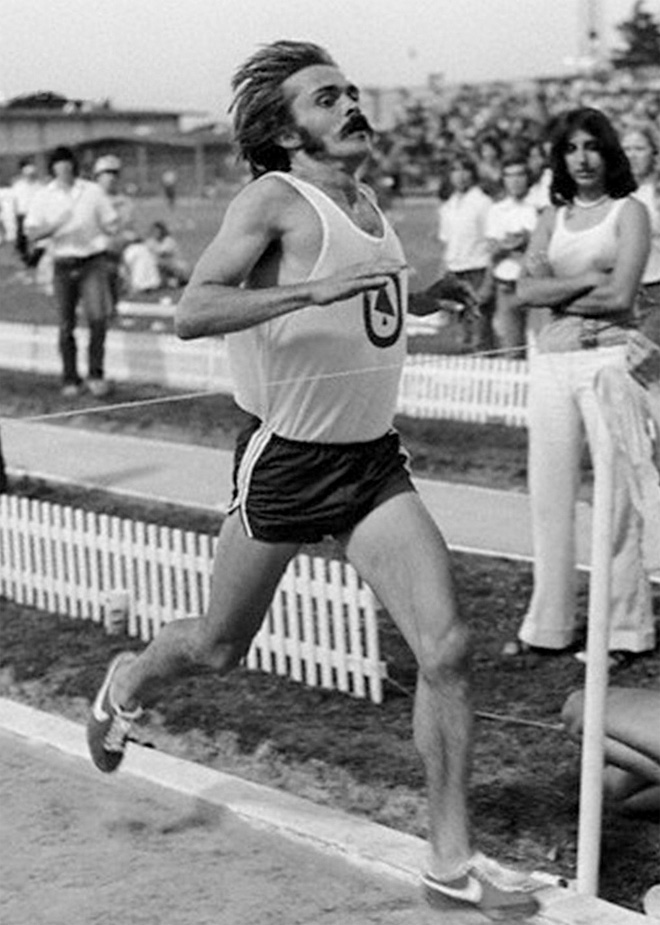 Steve Prefontaine of Oregon Track Club wins the 2 mile event in 8:36.4 at the California Relays, Modesto CA, May 24, 1975, 6 days before his death (at age 24). This was the last meet he entered away from Hayward Field. Pre and several Finnish athletes that were part of Pre's Finnish Tour in May 1975 entered this meet. Source: The Happy Rower

From The Happy Rower:

One of the best-known American distance runners of all time, Prefontaine graduated from Marshfield High School in Coos Bay, Oregon, in 1969. He was undefeated in cross country and track his final two years at Marshfield and lost just one race during his college career at the University of Oregon. He set the national high school 2-mile record as a Marshfield senior. He was the first college runner to win four national titles in one event, capturing the 3-mile from 1970 to 1973, and was undefeated against other Americans in races over one mile for five years. He set 14 American records and, at the time of his death in a 1975 car accident, held every American record from 2 miles through 10,000 meters. He placed fourth in the 5,000 meters at the 1972 Olympics and fought for the rights of amateur athletes.