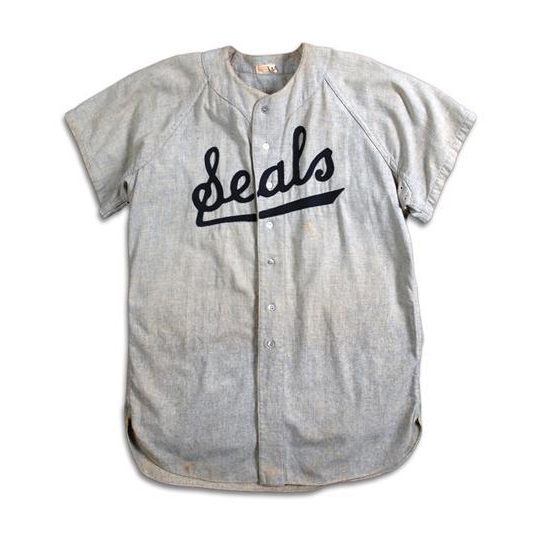 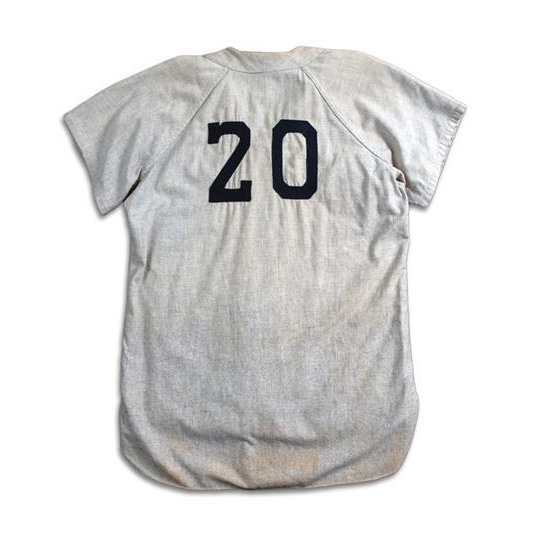 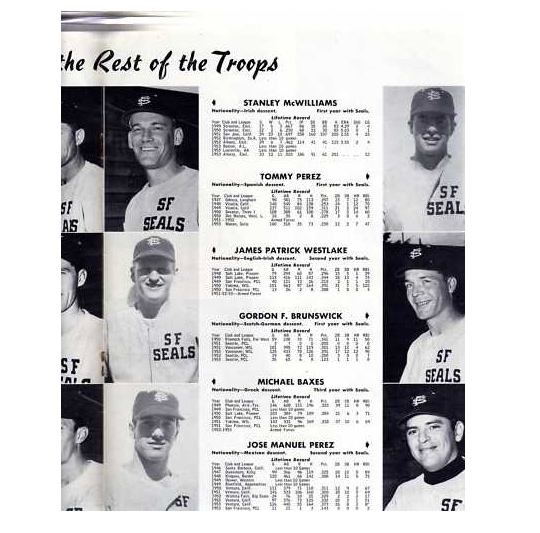 From Martin Jacobs:
The San Francisco Seals were a minor league baseball team that played in the Pacific Coast League from 1903 through 1957. For more than half a century, the Seals baseball club was a fertile source of future major league players, with a legacy firmly grounded in the annals of Pacific Coast League baseball. Paul and Lloyd Waner, Ping Bodie, Earl Averill, William Kamm, Ferris Fain, Harry Heilmann, Smead Jolly, Lefty O’Doul, Frankie Crosetti, the DiMaggio brothers (Joe, Vince, and Dom), Larry Jansen, and others all launched their careers as Seals.

From 1903 to 1957, the Seals were the toast of the town, offering tight pennant races and intense games with the Oakland Oaks their cross-bay rivals while playing at Recreation Park and Seals Stadium. In almost 6 decades, the Seals won 11 pennants and 4 Governor’s Cups. They survived the earthquake and fire of 1906, the Great Depression, and two world wars.

About the Seller:
Martin Jacobs is a longtime Seals collector in virtually all major areas of the advanced sector for over 60 years. He is also the author of “The History of the San Francisco Seals-Images of Sport” published by Arcadia Publishing. The book details the team’s fascinating journey with rare archival photographs as well as statistics that bring this great Seals history to life.