A spectacular ode to a time when board track racing was one of the most popular sports in America during the early 20th century. 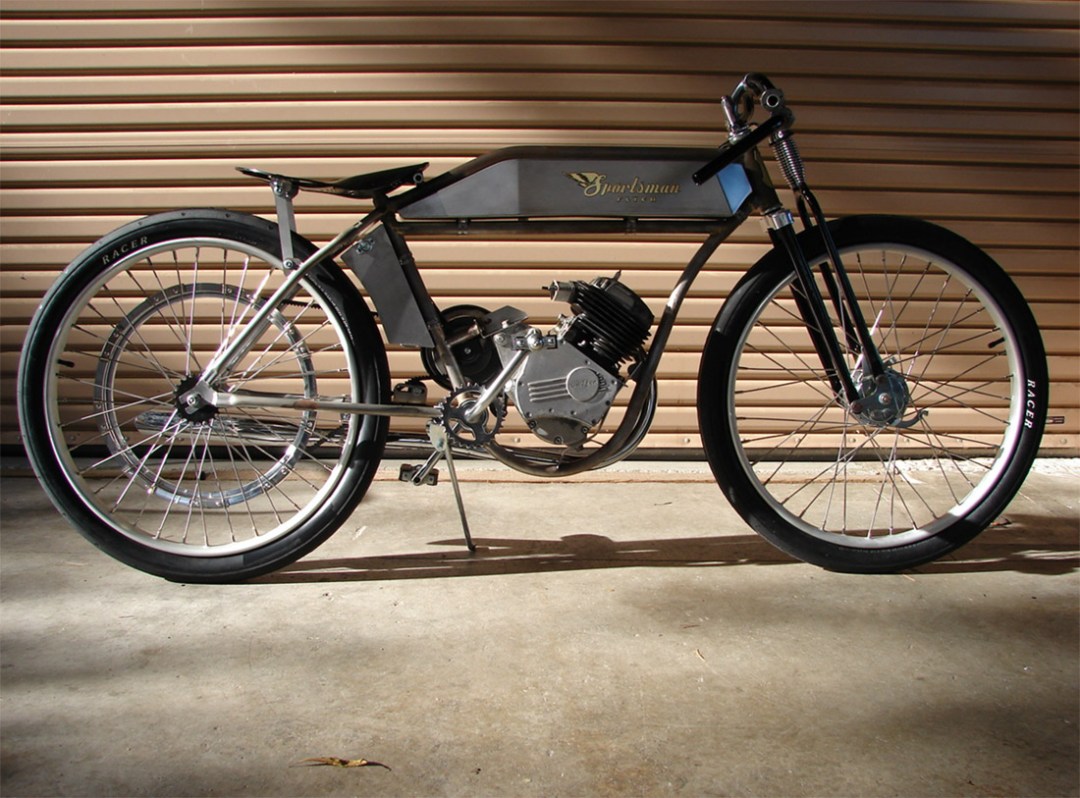 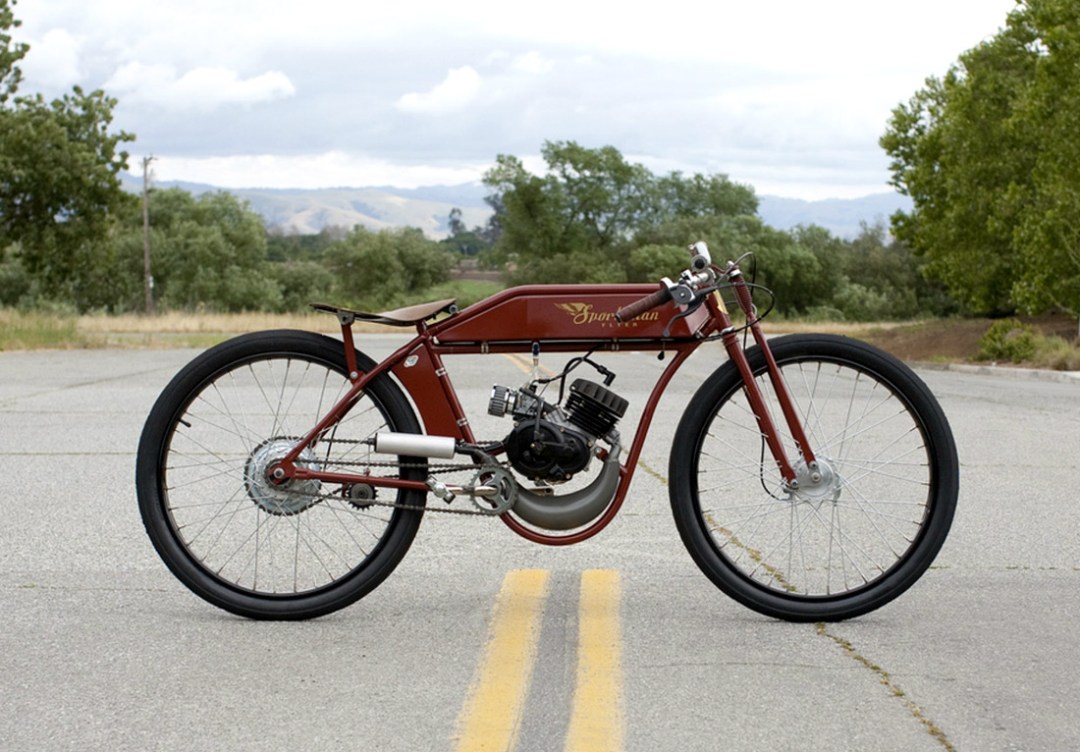 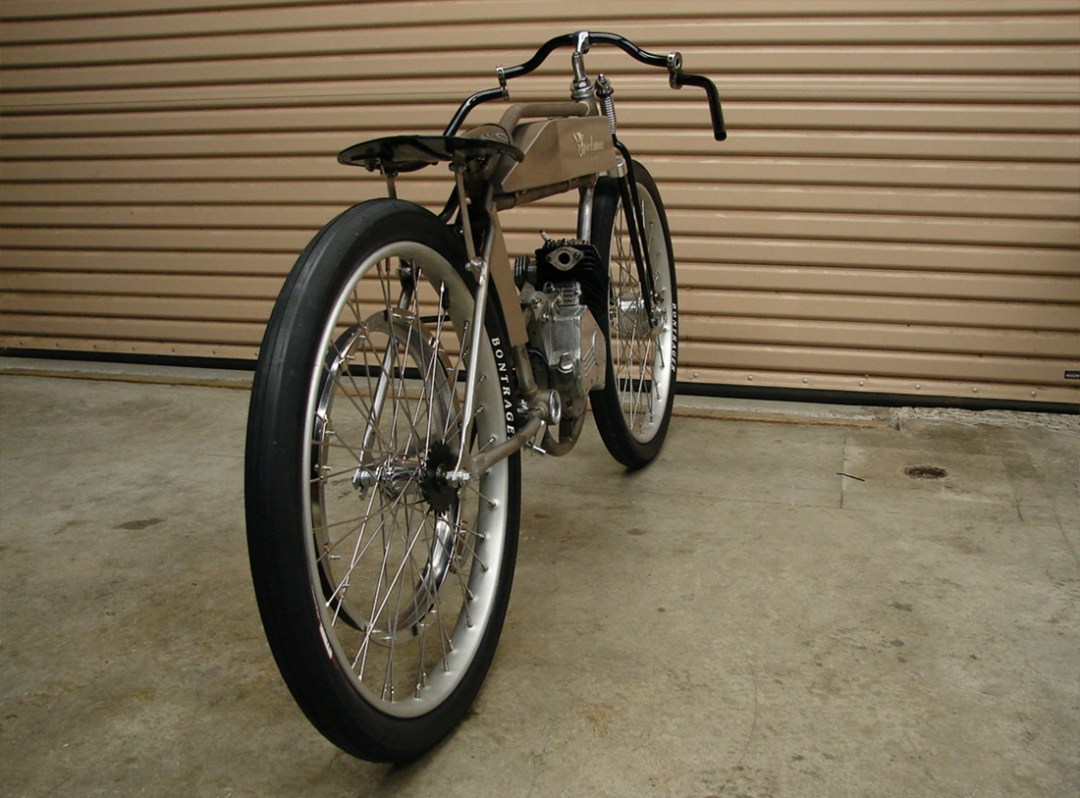 “A Sportsman Flyer is a motorized bicycle. It can be pedaled like a bicycle, or once the engine is started it can be driven like a motorcycle. It is very similar in look and feel to motorcycles made just after the turn of the century.” 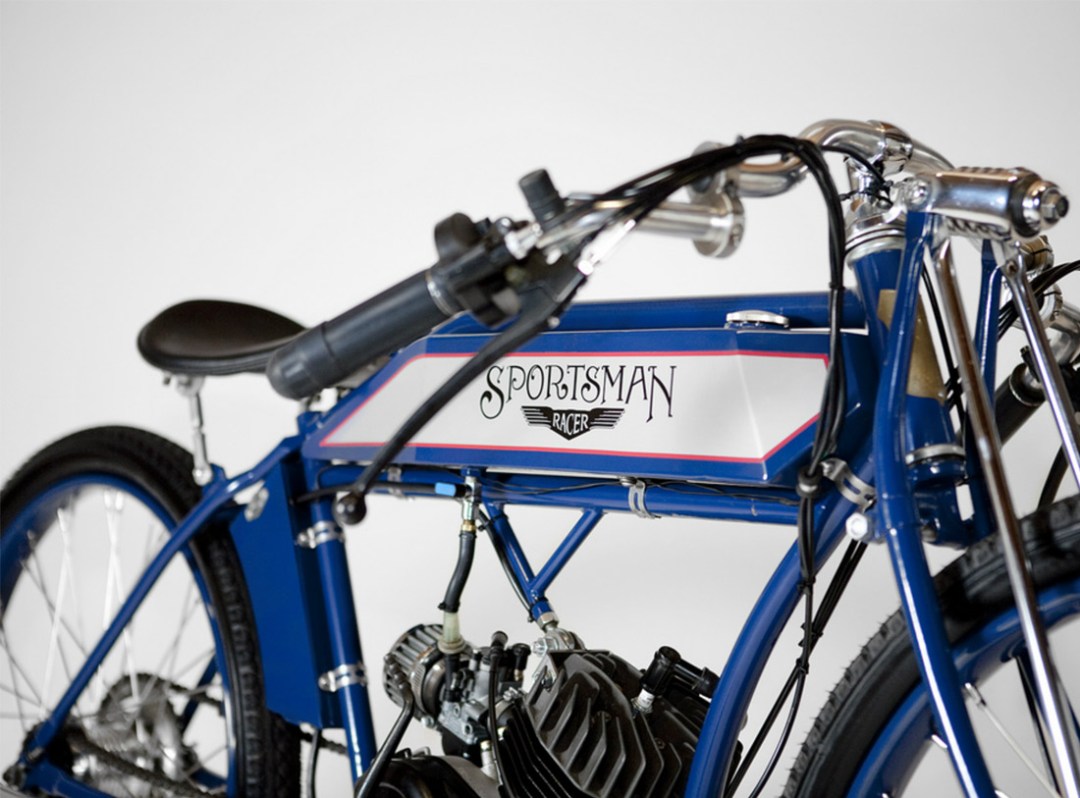 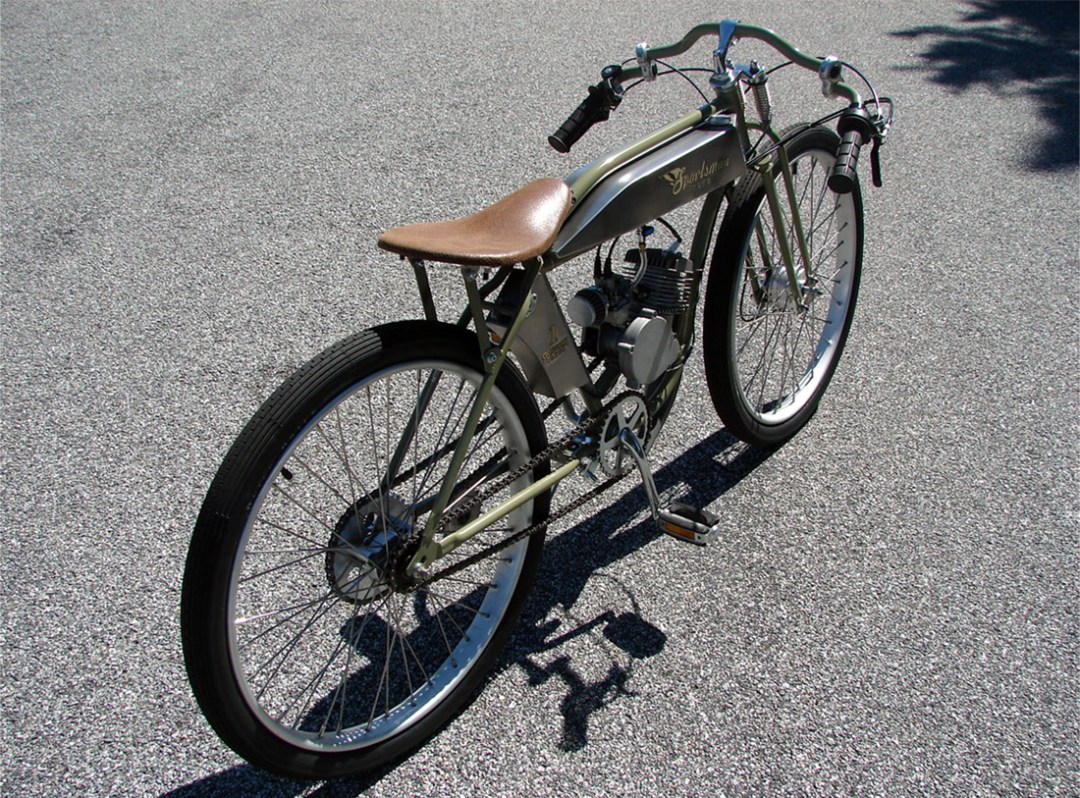 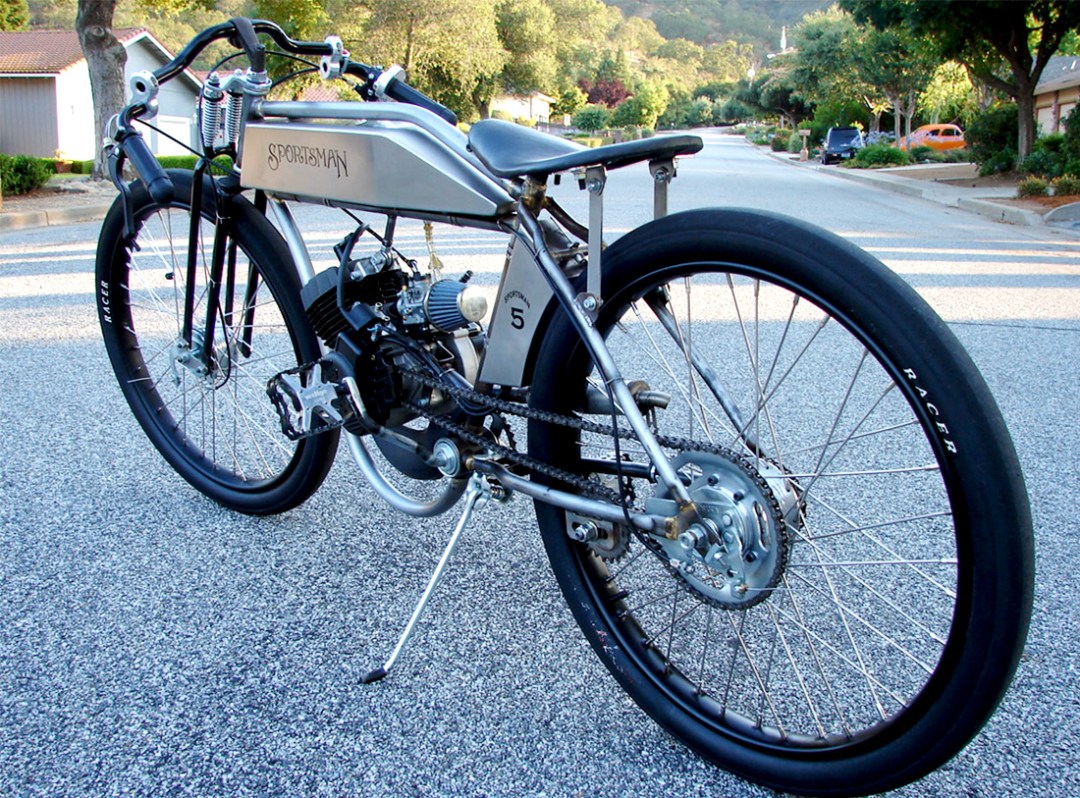 The “Sportsman Flyer Company” started not as a business, but as a hobby. I have built and collected cars and bicycles for years and have always wanted to add a Schwinn Whizzer motorized bicycle to my collection. While keeping my eyes open for just the right bike I started seeing motorized bicycles around with newer two stroke engines. I decided to build one and found a vintage Schwinn Panther frame to start with. This particular frame, commonly called a straight bar frame because of it’s unique middle frame tube in the front triangle, is very similar in shape to early motorcycles.