Paul Budnitz, of Kidrobot, can now add bike builder to his resume. When does the man ever sleep? All Budnitz bicycles feature only top-end components, most developed for bike racing and made by hand by small boutique fabricators in the U.S. and Europe. 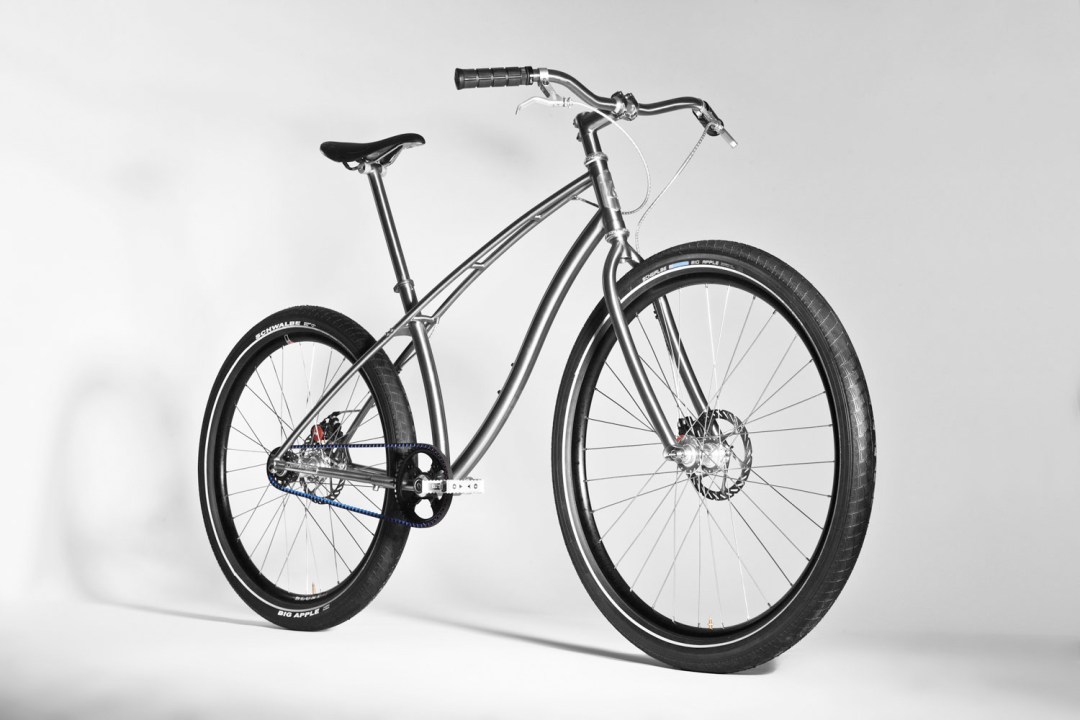 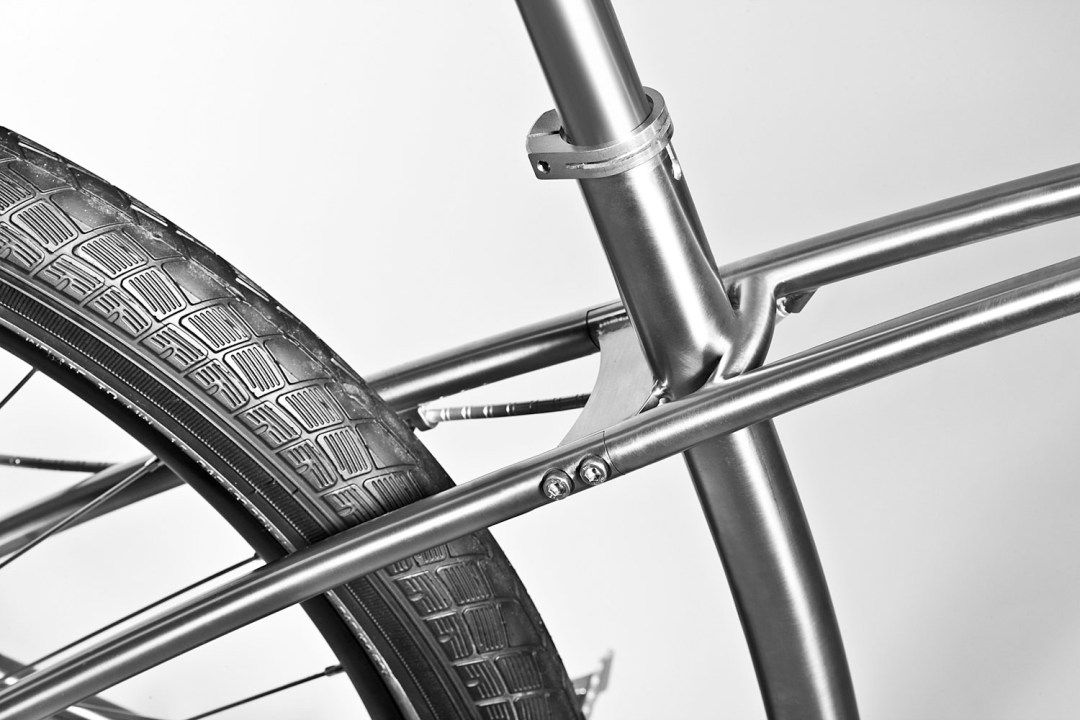 I wanted to make a bike that would last forever and used the very best cutting edge materials and components. And I wanted that bicycle to be beautiful, and something I could use day to day.

From Paul Budnitz Bicycles:
The gentle split top-tube arc that characterizes all of our frames flexes in the right places, and is stiff in others. We make our own titanium seatposts, stems, and Speedbar™ handlebars. All of our proprietary Ti parts are handmade by Lynskey Performance in the USA, the world’s top Titanium bicycle fabricator.

How would you best describe yourself?
I’m an artist, designer, & entrepreneur. Probably best known for creating Kidrobot, the designer toy company, and for my bicycle company Paul Budnitz Bicycles. I’m also a filmmaker, children’s book author, and photographer, and my designs are in several museums, including MoMA. I’ve started, run, sold, destroyed dozens of companies. I see business as an art form.

Why bikes? Isn’t your life busy enough as it is?
I do what I love. I love bicycles! In reality I couldn’t find the bicycle I wanted on the market so I decided to design my own. I wanted to make a bike that would last forever and used the very best cutting edge materials and components. And I wanted that bicycle to be beautiful, and something I could use day to day. So that’s what I made. I’m not humble — I think my bicycles are the most beautiful and best-riding city bicycles in the world. And they’re titanium, so they last a lifetime.

When you started creating your bikes (for you own use as you point out), when did you think “Hey this might be an interesting business to get into?”
I found people were asking to buy the bike I was riding out from under me. So I decided to sell them. It’s still sort of an experiment, though there’s such a long waiting list for the bikes now that I suppose it’s a real business now. 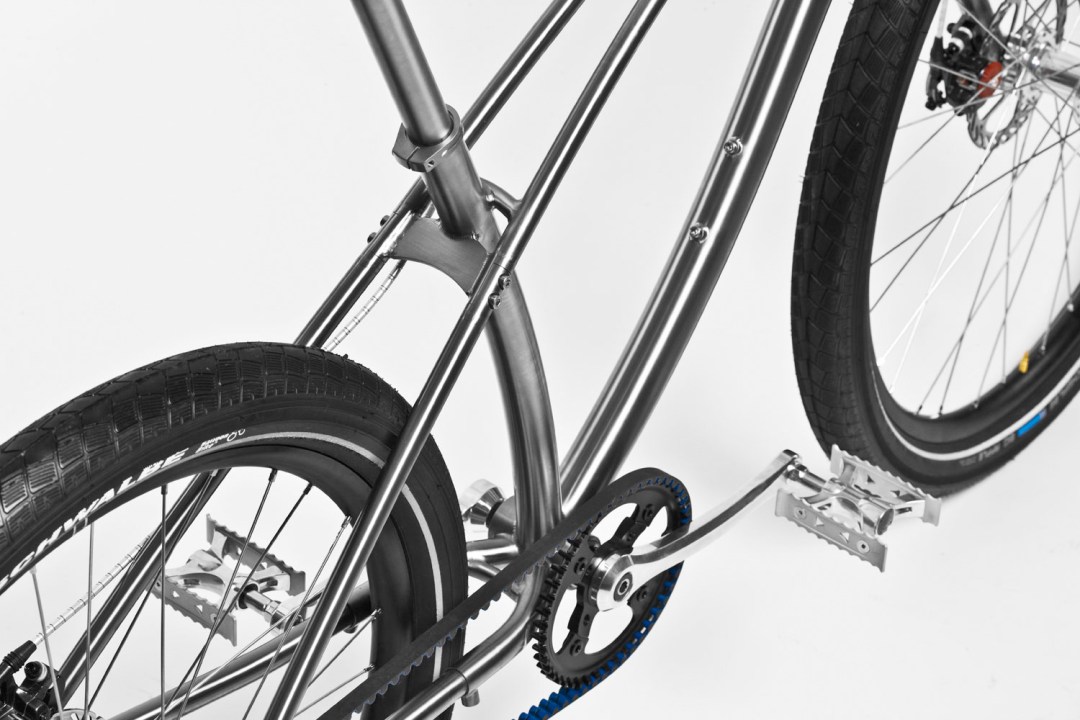 What was the biggest challenge in starting your own bike line?
It’s been pretty straightforward for me. I asked for help from some of the best people in the business, and was lucky that they agreed to work with me. 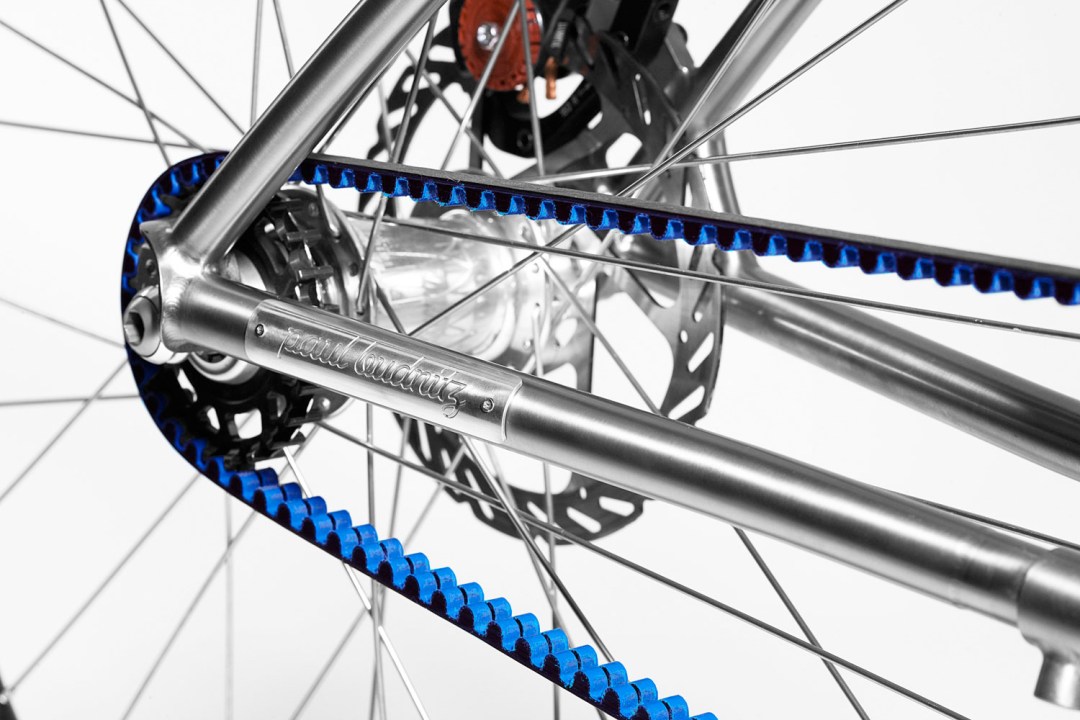 How many hours does it take to build one of your bikes?
About a day per frame. Then there’s assembly, another day. Everything is handmade.

Quick…Bike No. 1 or No. 2 which one do you like the most and why?
Tough luck, can’t answer that. I designed them both for different purposes. No.1 is more of a speedy commuter, it’s very lithe and narrow and elegant. I road it to a party at an ambassador’s house in Europe. No.2 has giant tires and is more for bouncing around town. Shorter distances. Still light with a 3.3 pound Ti frame. I ride them both about equally. 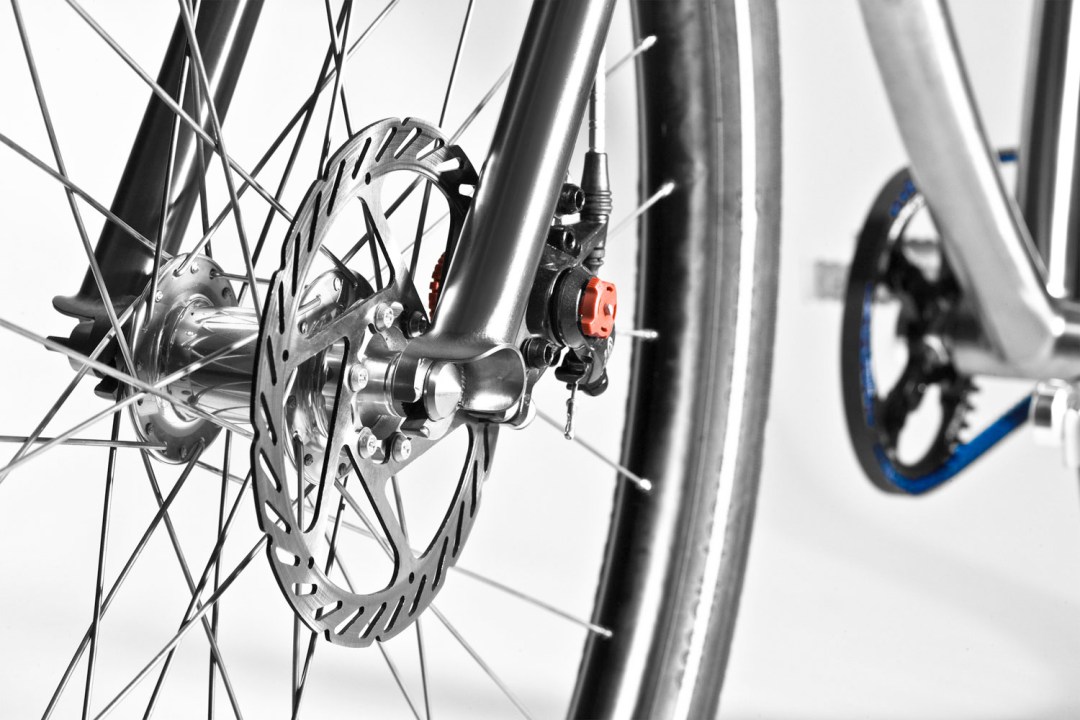 How many people work at Paul Budnitz Bicycles?
Three in the office. Then there’s the frame builders and assembly staff.

Why go with titanium for frames and major parts?
Titanium is nearly indestructible. It weighs half of a steel frame and never rusts or corrodes. It is somewhat flexible which means it gives a comfortable ride. And it is incredibly beautiful. And expensive. That’s one reason our bikes cost so much, and we only offer them direct. I’d have to charge too much if I wholesaled them, and I want to keep the price within reach of many people. 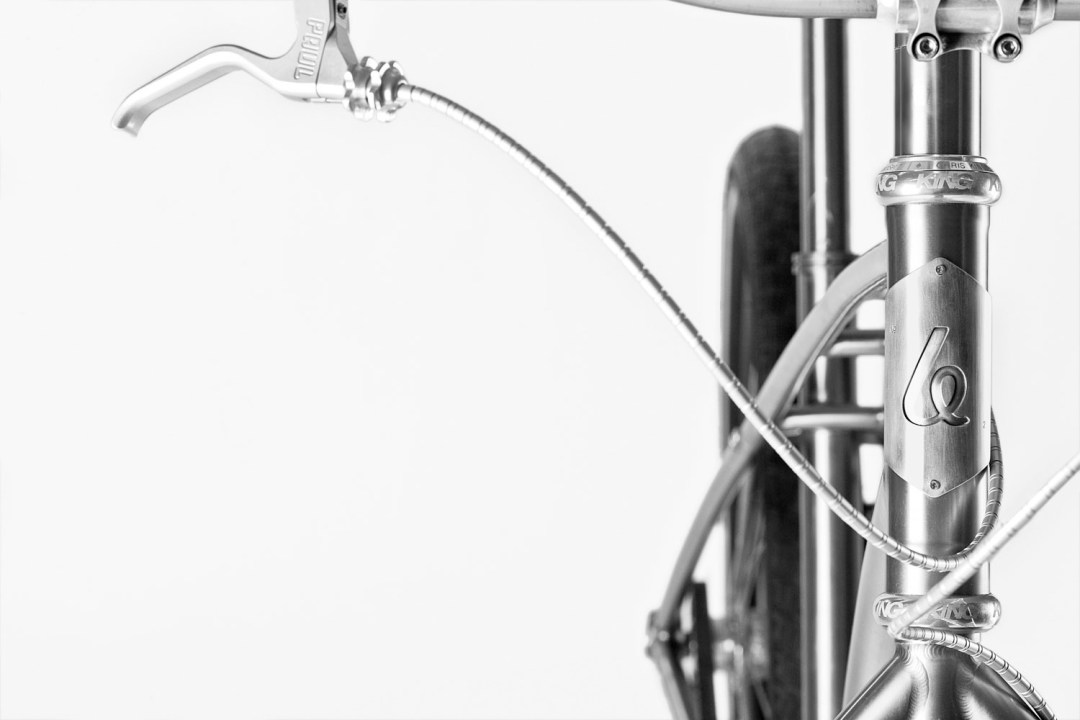 It’s interesting that you’re working with small fabricators in the U.S. and Europe, what was the reasoning behind that?
Working with craftsman who care about what they do makes a better product. There is also language and time zone. In the end it makes a better bike.

Favorite bike film of all time and why?
Breaking Away, of course. The hero of that movie — that’s me with less emotional damage. 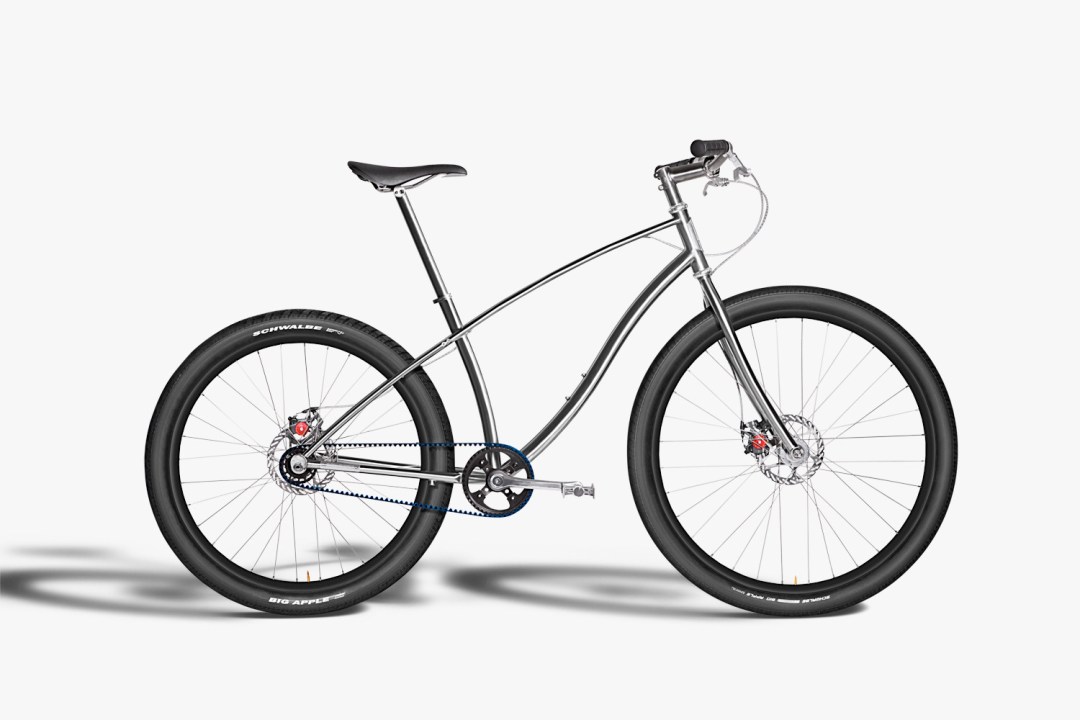 Best city in the world to bike around in?
Berlin — at night. Because it’s big and empty and goes on forever, and has lots of bridges to ride over.

On a good day, how do you friends and family describe you?
On a good day? Excited. On a bad day? Annoying.

What’s the average day like for you?
I haven’t had one yet, but I’m working on it. Seriously, It would be nice to have two days that were more or less the same. It’d be relaxing.

How do you want to be remembered?
I don’t. Go make your own life.