Adam McGuire, with some help from his father restored this 1966 Honda CB160 from its barn-find condition. Adam was kind enough to tell MegaDeluxe more about this superb restoration. It’s for sale. Let me know if you’re interested and I’ll put you in touch with Adam.

My father helped me out a lot on this project – I could not have done it without him. I learned way more about carbs on this bike than I ever knew and he helped me install the new throttle cable, which I had never done before. He was there since the beginning and helped at all parts of disassemble and reassemble! He has worked on motorcycles his whole life and even had a motorcycle trailer company. I can’t thank him enough for helping me on this project.
– Adam 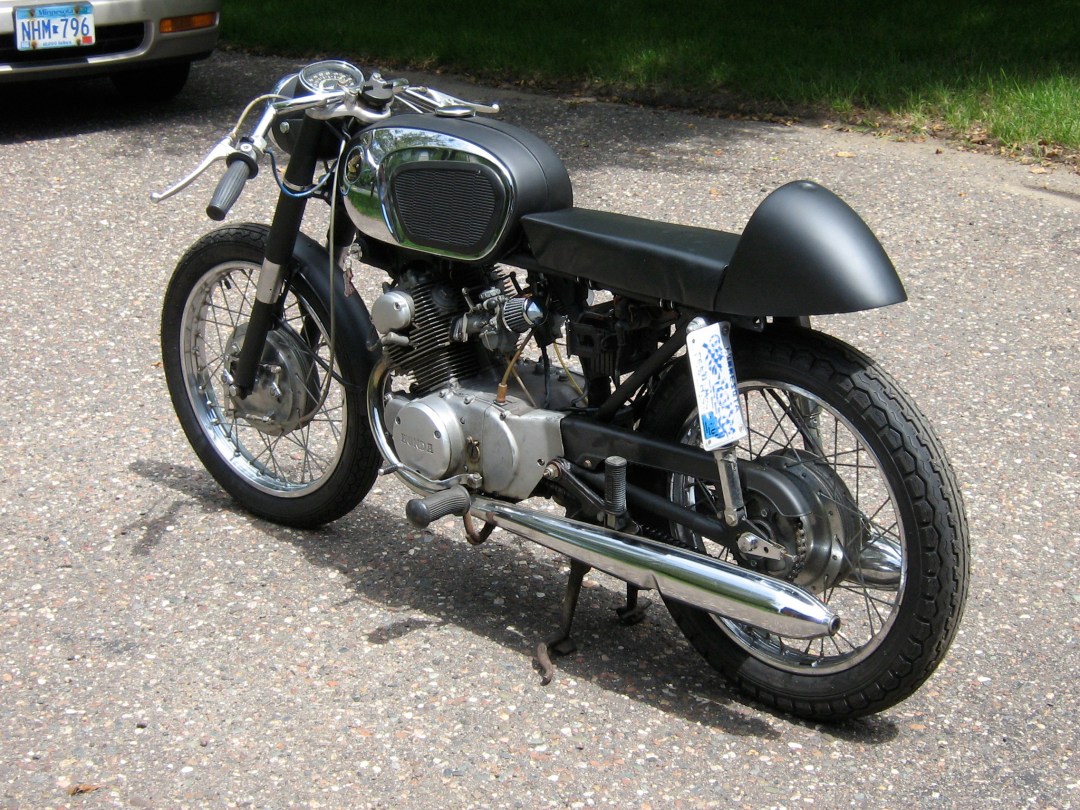 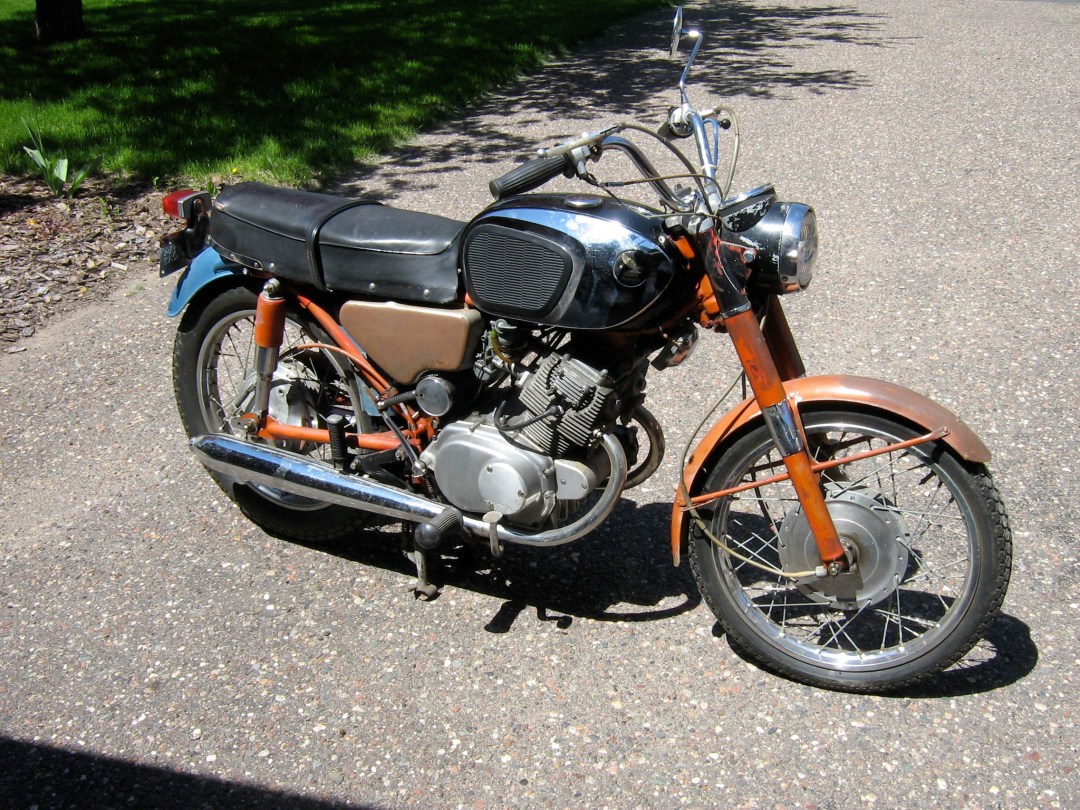 This bike took me over the course of one summer to complete. I discovered this bike which was basically a barn find for the gentleman before me, lucky for me it had almost zero rust and it ran! I had a lot of fun on this bike and it was a dream bike and build for me. 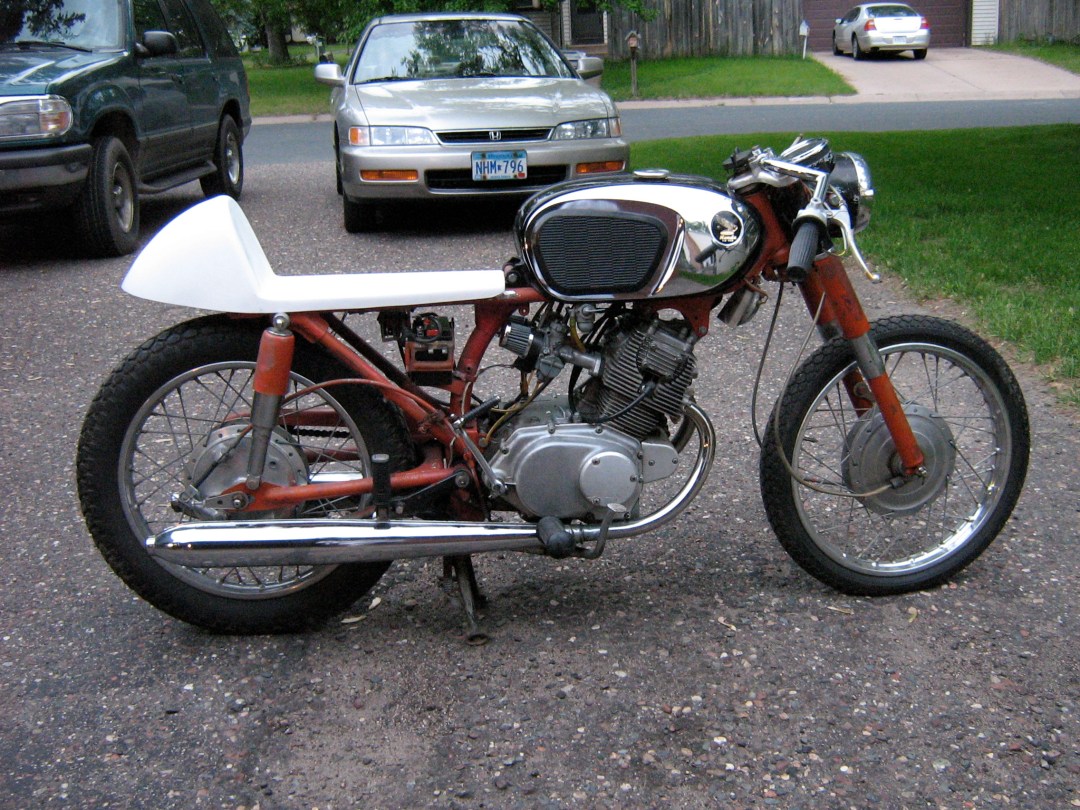 The new seat arrived! This is what is making it look better, up until now I just had put on the new handlebars, and small things like spark plugs, air filters, battery etc. I also have the toolbox and rear fender removed and seat tabs grinded off. 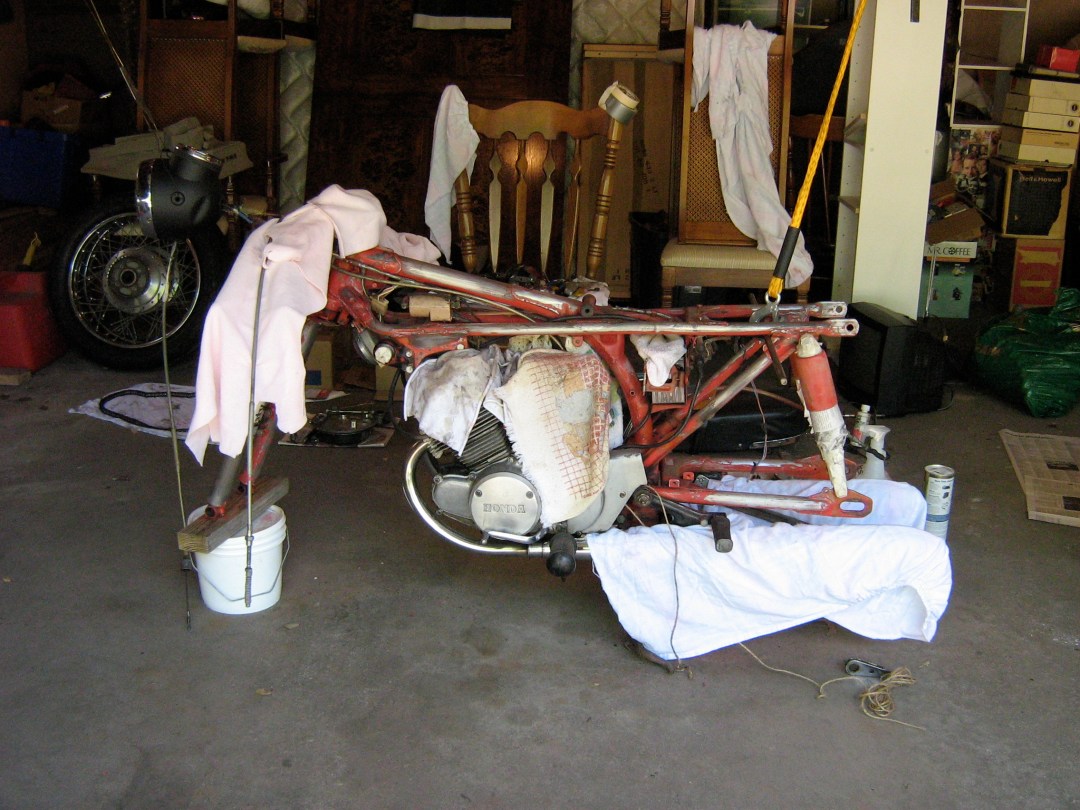 Starting to disassemble and sand down the frame to prep it for paint. I chose a gray primer and flat matte black final coat(s), I think I could do anything in that color, it looks amazing. New tires also came in and are mounted. The chain is being cleaned and greased and the new master link for the chain also came in. 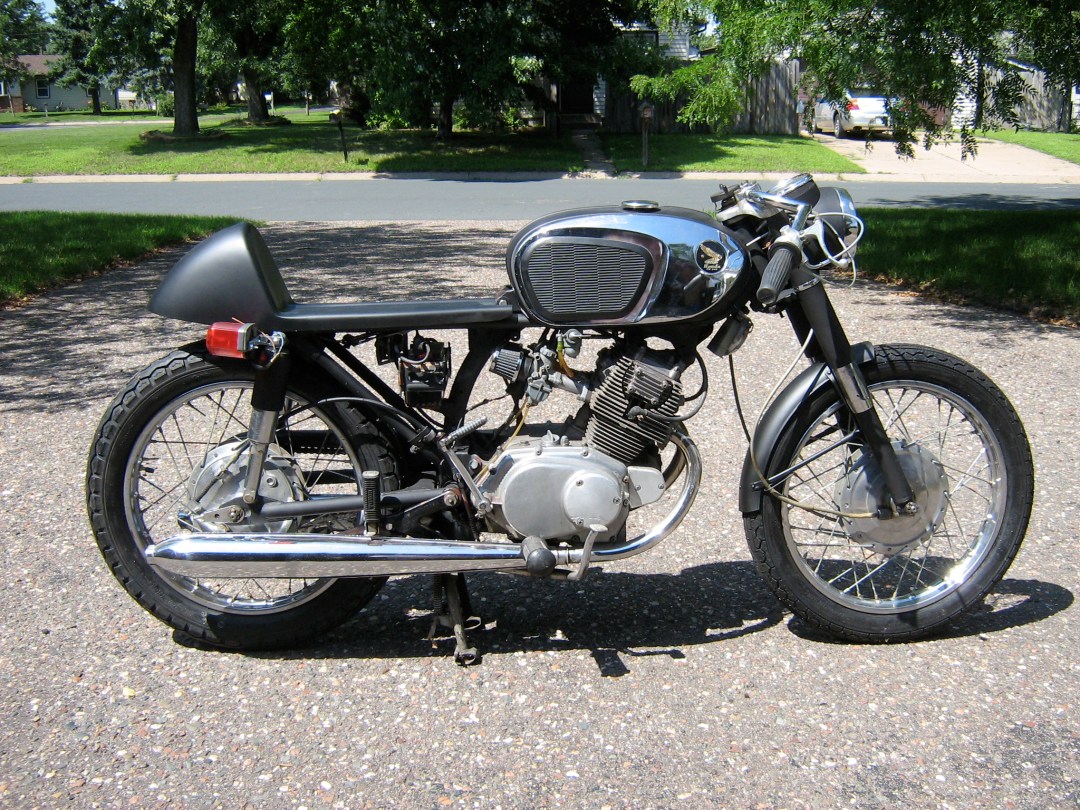 Fresh out of paint and reassembled! New tires and throttle cable are on. That throttle cable was near impossible to find, this one came from CA and it was the only one I could find in the US, i think I got lucky it is a brand new factory part! I’m starting to get rid of, and relocate, all those nasty wires and tubes in the middle, I love that clean simple look. Also, you can see I am relocating the taillight since it was integrated into the fender before. Chrome looks shiny but the bike is still dirty. 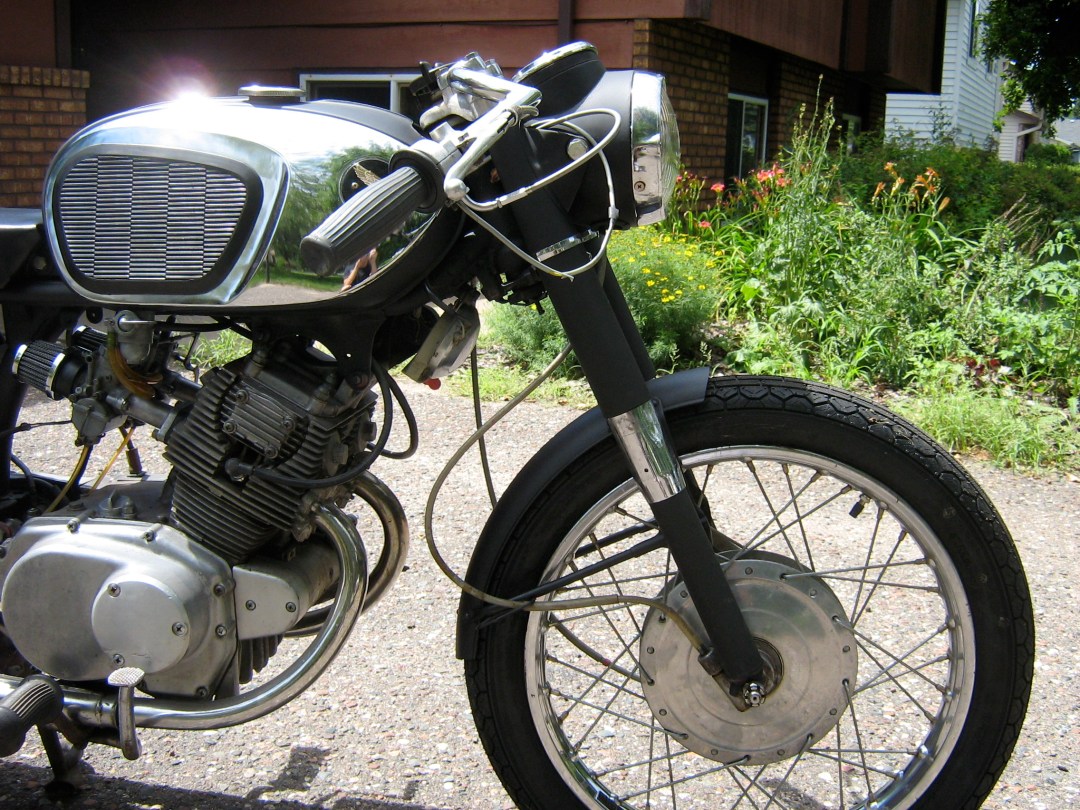 Up close shot where you can see the nice paint and chrome clean and polished. Less wires going down the middle of the bike now too, finally. Nice shot of the new tires and custom front fender as well. Almost done!