Photographer Lorenz Richard on the complete story of his Harley Davidson “witch” build. At Megadeluxe we love it when a first build knocks it out of the park. This sportster certainly does. 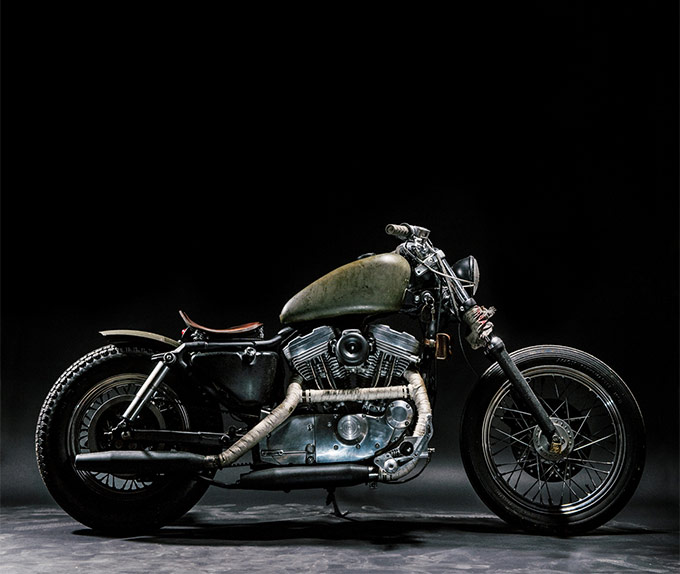 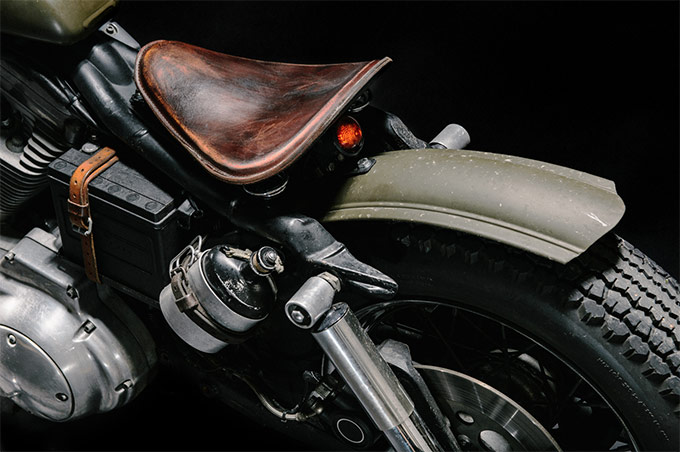 “This bike means a lot to me. It’s my very first bike and therefore also the first one I worked on. It’s also the first one I shot in my studio. In the beginning I had quite some difficulties with her; one day she was running great – the next she wasn’t. That’s why I call her “the witch”. Glad we are friends now.”
– lorenz richard

I grow up in Bern the capitol of Switzerland. After studying history at university I moved to Zürich to make a living out of shooting portrait, lifestyle and commercial pictures. 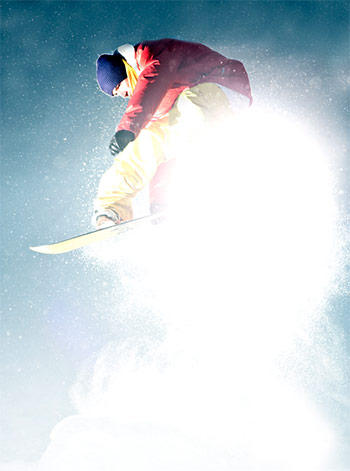 My first click of photography I got through snowboarding 10 years ago. Lately I started shooting cars and bikes.

My dad is a huge fan of vintage stuff like jukeboxes, pinball machines and vintage motorbikes. So I grow up around BSAs, Triumphs and Harleys. Nearly my entire life I went to school and never really created something with my hands. So before this bike I was a total rookie when it came to electronics, carbs and motors. Therefore I wanted something that runs – an everyday bike – and to me a sportster is that type of bike. So I started looking around the net. After I found one in Germany I called the guy who wanted to sell it a couple of times and he told me that the electronics are a bit beaten up but the motor runs with no rust on it. Sounds great I thought because I wanted to tear down and rebuild the bike anyways. The real problem I figured out later: the papers. It was such a mission to get the registration in switzerland because getting an EU confirmation for a bike that is older then 2001 is impossible and so the bureaucratic hell ride started. Such a rookie move I pulled there. 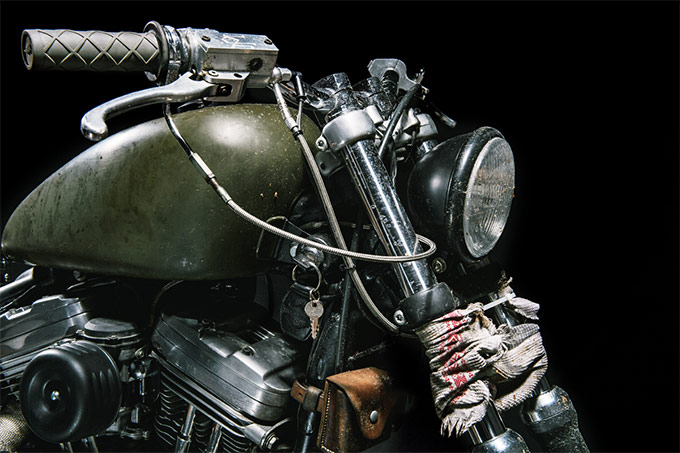 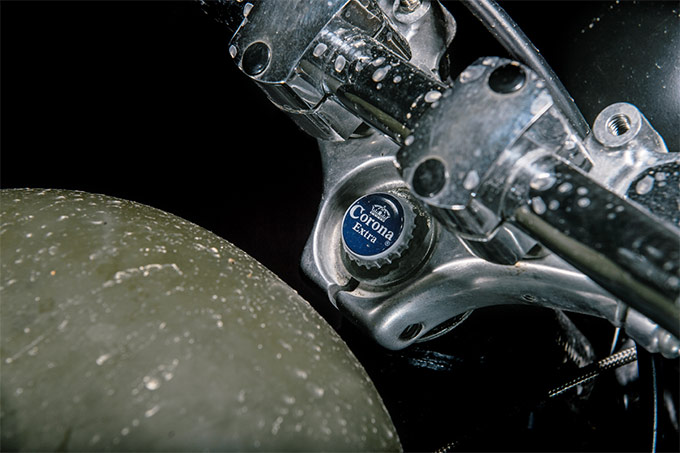 “With all the problems with papers and electronics it took me over a year to get it legally on the street. It was quite frustrating at some point and it felt like the bikes it self didn’t wanna be on the street so I called her “the witch” instead of bitch.” 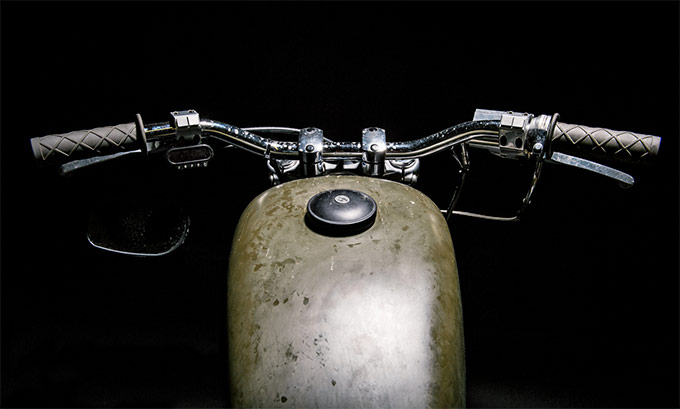 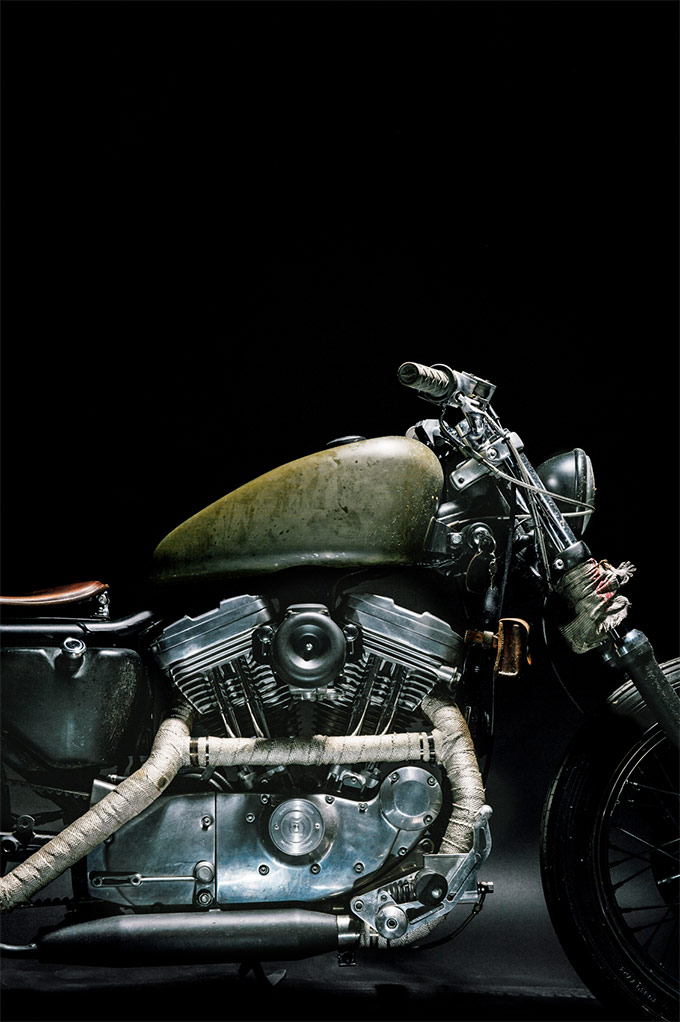 A big inspiration from the start was for sure “Lucky Tims Sportster” I found on chopcult, so I kinda knew the way to go. The electronics were a pain so I got a little help from my friends from Young Guns Speedshop in Rapperswil (thanks Remo, Nick and Ale). After the wiring was done I drilled a hole into the fork for the headlight, wrapped the pipes, changed the tires and put on the super bike handlebar from Fehling and added baxter grips. I removed the indicators (by law we don’t need them in switzerland), got myself a small motogadget digital speedo and relocated the ignition.

The back fender I found on a vintage parts market and I think its from an old norton. It wasn’t easy to make it fit because after cutting the struts I got only one hole left for a bolt. Obviously the fender would be to loose then, so I made a buckle I could bolt on to the fender and get around the frame to get a second point. Then I found a seat kit on ebay from mother road costums which brought me to the idea of a military look. Then my dad came into the game and brought over some stuff he found here and there. I am not a army enthusiast at all, I just really like the look of old army WLAs for example. It was more the creative approach and having a theme for it that got me into that look I guess. 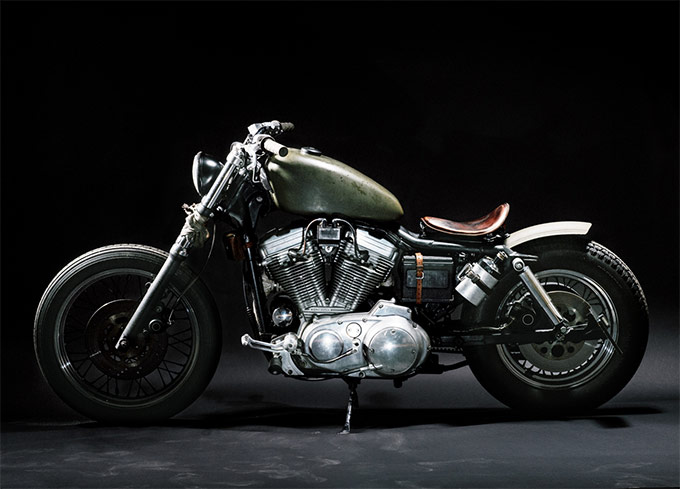 With all the problems with papers and electronics it took me over a year to get it legally on the street. It was quite frustrating at some point and it felt like the bikes it self didn’t wanna be on the street so I called her “the witch” instead of bitch. We did the first 1’000 Ks now together and I am glad that we are friends now. All in all I learned a lot about bikes in general, where to get them, what year and so on.

Next steps would be new shocks in the back, carb kit and harder suspension in the front to turn her better into corners.