“The red bullet – made of rubber, metal and plexiglass – slices through the air and reaches 201 kilometers per hour.”
– the italian way

More on the Lambretta Record Racer after the jump below… 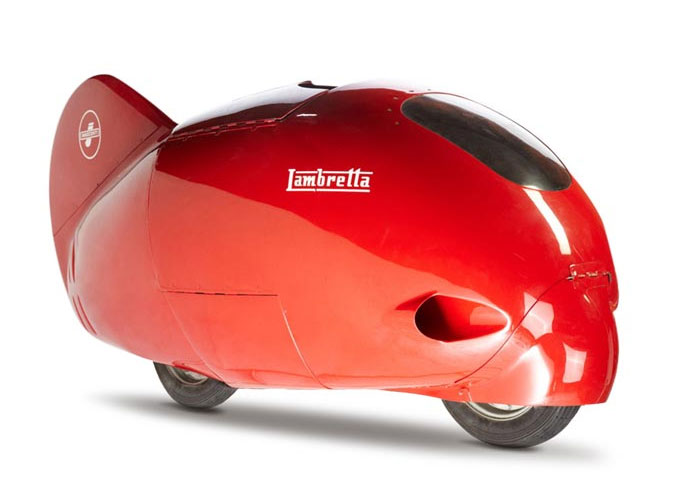 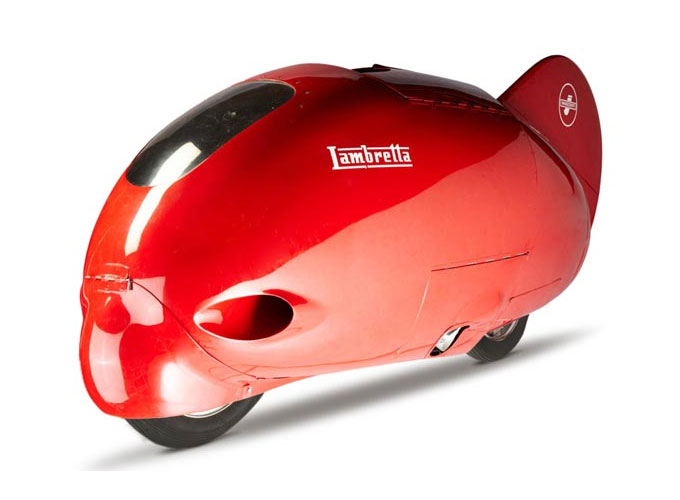 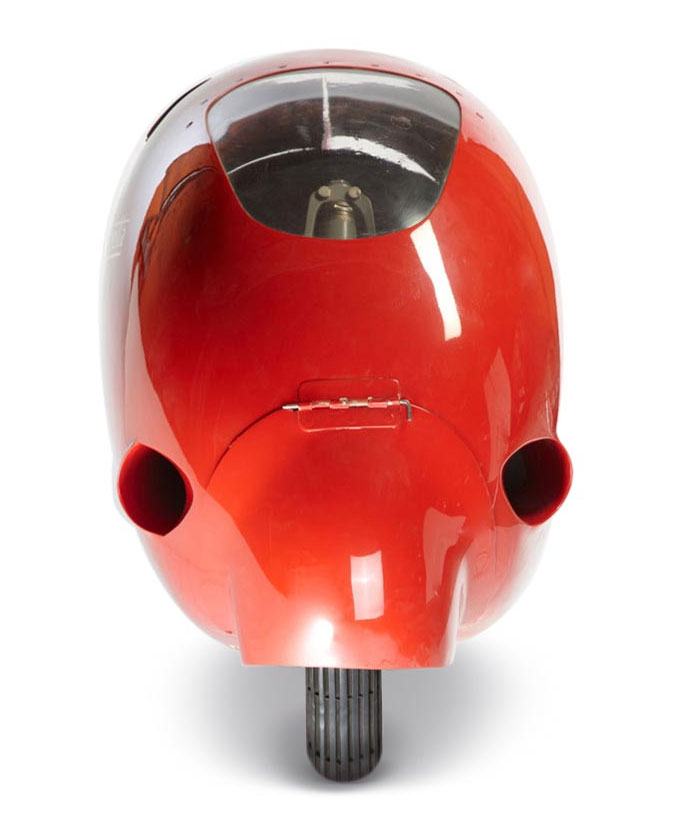 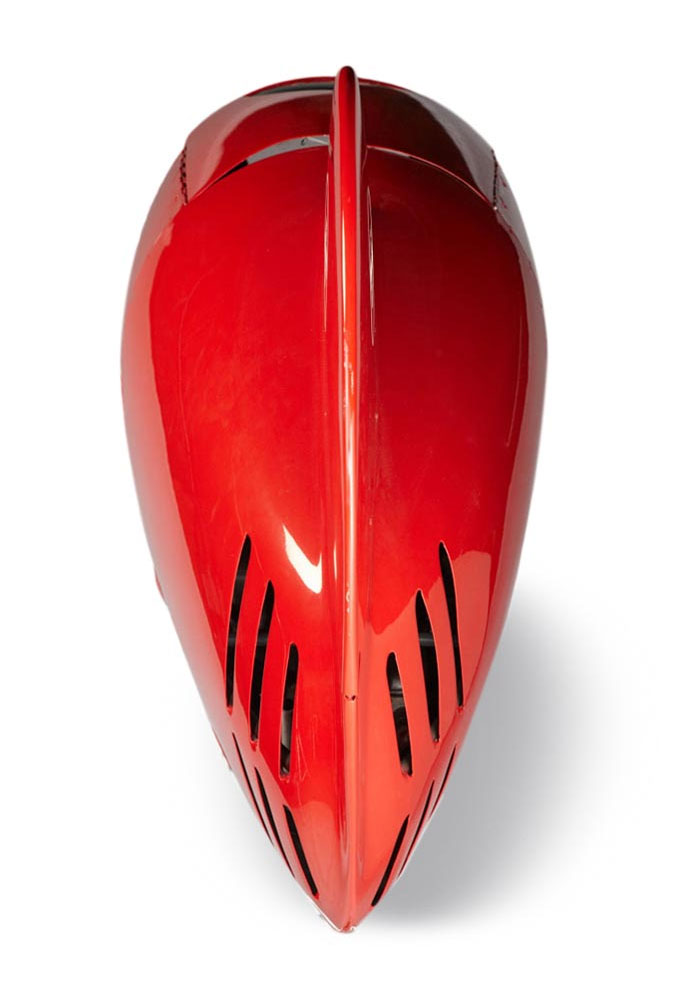 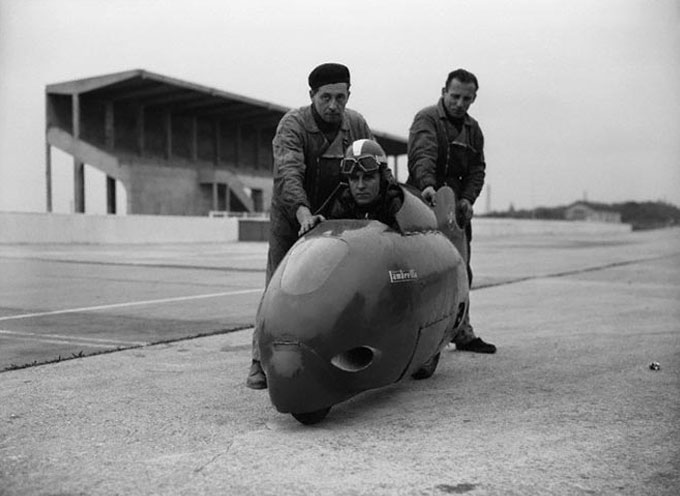 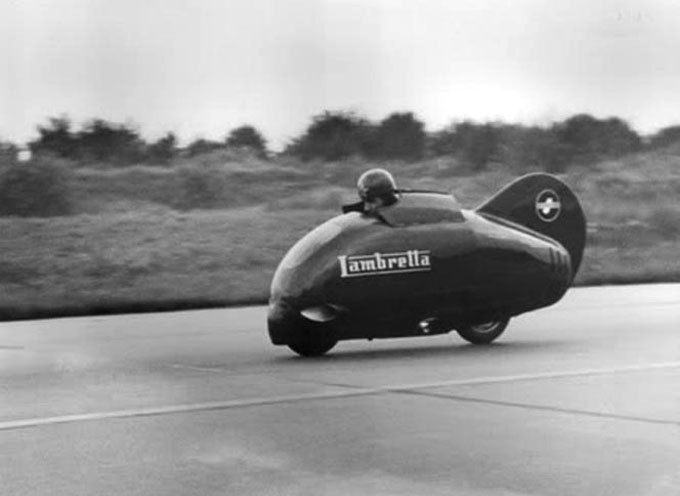 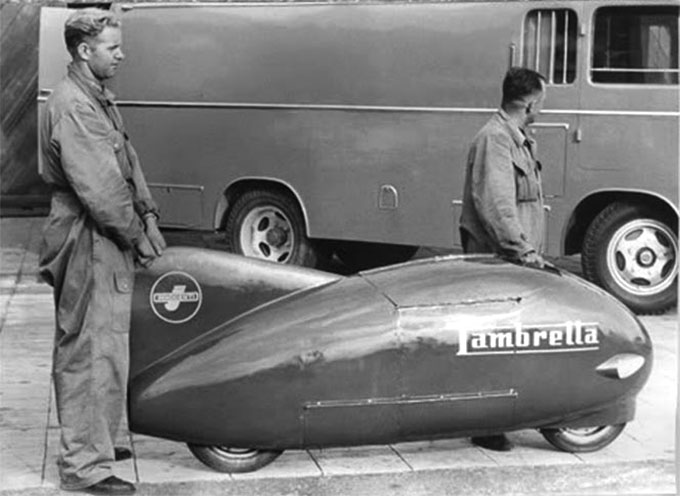 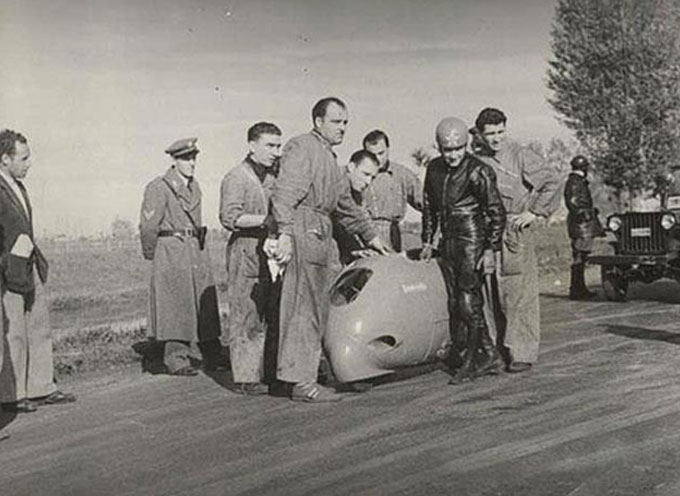 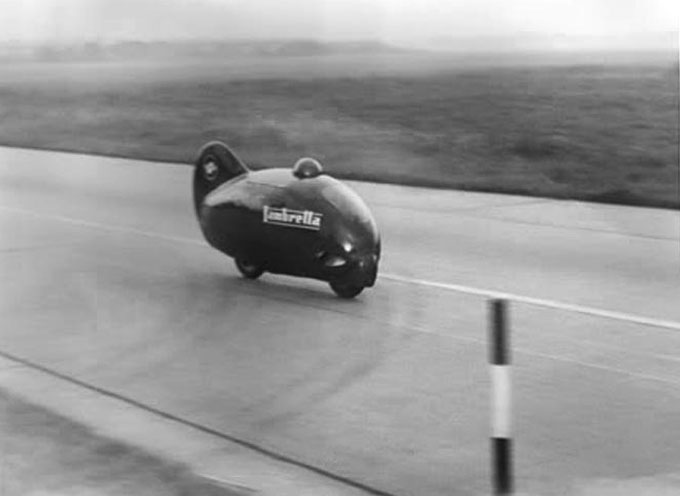 Italian Ways:
Romolo Ferri folds down into his Lambretta Record, and takes a deep breath. It is August 8, 1951, and the brave pilot intends to break the speed record for the scooter category, on a stretch of motorway between Munich and Ingolstadt, Germany. His toughest competition is Piaggio’s Vespa Torpedo. But the real challenge is winning against himself, as he already reached 195.8 kilometers per hour a few months earlier, on French soil. This time, his goal is to exceed 200.

The red bullet – made of rubber, metal and plexiglass – slices through the air and reaches 201 kilometers per hour.

It is a source of pride to the Lambretta Record’s manufacturer, Innocenti; to its inventor, engineer Pierluigi Torre; and of course to Ferri, who will continue to set records with his full-throttle, red Lambretta.