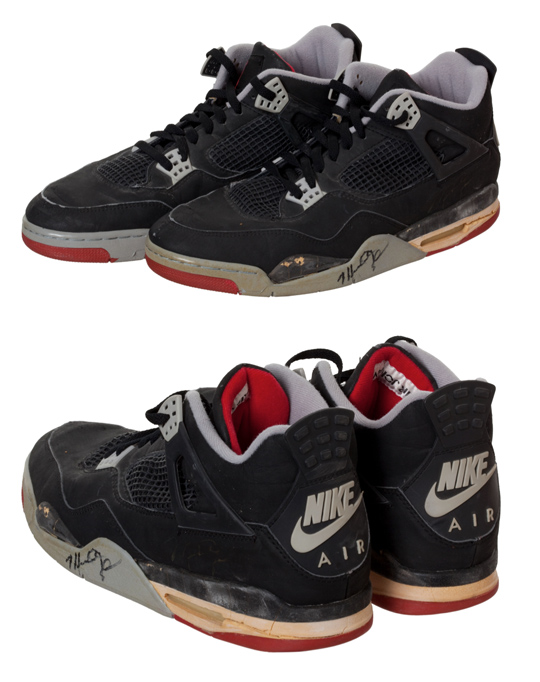 Description from Heritage Auctions (Nice bit of copy – whoever wrote this):

1989 Michael Jordan NBA All-Star Game Worn & Signed Sneakers. The fourth incarnation of the celebrated Air Jordan sneaker remains one of Nike’s most collectible styles, but here we encounter the most important and coveted pair ever to hit the hardcourt, worn by Jordan himself in his fourth All-Star Game appearance.

Though his East squad would come up short in the Houston Astrodome exhibition, the Chicago Bulls superstar led the charge for the vanquished side, topping a starting roster comprised entirely of future Hall of Famers with twenty-eight points.

While Jordan material dating to the Championship era and beyond could not accurately be characterized as rare, the same could not be said of 1980’s material. When seeking pre-Championship gear which can be definitively assigned to a particular game, the trail goes colder still. We have an enterprising young man from Houston to thank for this special deviation from the norm.

A ballboy for the 1988-89 Houston Rockets, our consignor had chased down the emerging Chicago Bulls star during the Eastern Conference team’s sole visit to Houston as Jordan headed to the showers. His request for his game worn shoes was rebuffed however–Jordan had promised the shoes to somebody else. The boy then had a revelation. “Mr. Jordan,” he said. “You’ll be back here in a couple weeks for the All-Star Game. Could I please have those shoes?” Jordan assured him that he could. 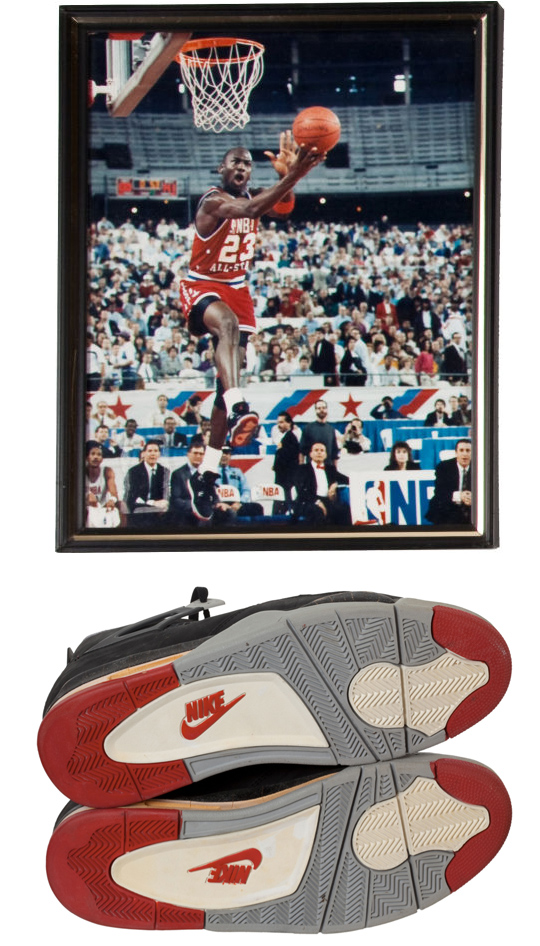