Greatest of All Time :: A Tribute to Muhammad Ali 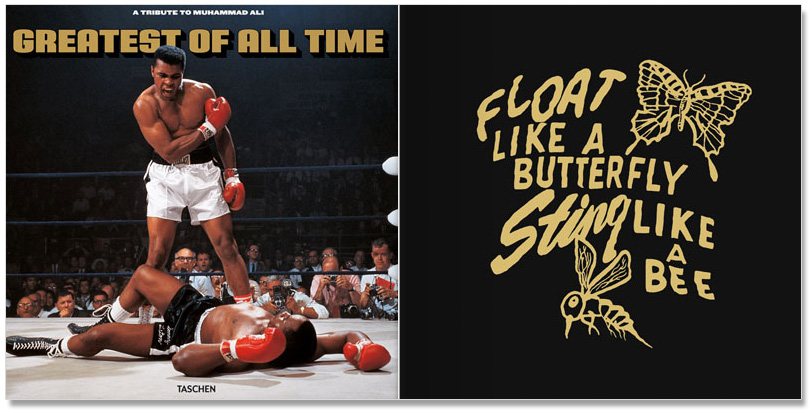 “To honor this living legend, TASCHEN created an epic book, as powerful and vibrant as the man himself, a phenomenal artifact that reflects the scale of Ali’s many achievements: GREATEST OF ALL TIME – A TRIBUTE TO MUHAMMAD ALI is a book with the power, courage, depth, creativity and dazzling energy of its extraordinary subject. Containing thousands of images—photography, art and memorabilia—from over 100 photographers and artists, 2 gatefold sequences, original essays as well as the best interviews and writing of the last five decades round off the picture of the Champ.” 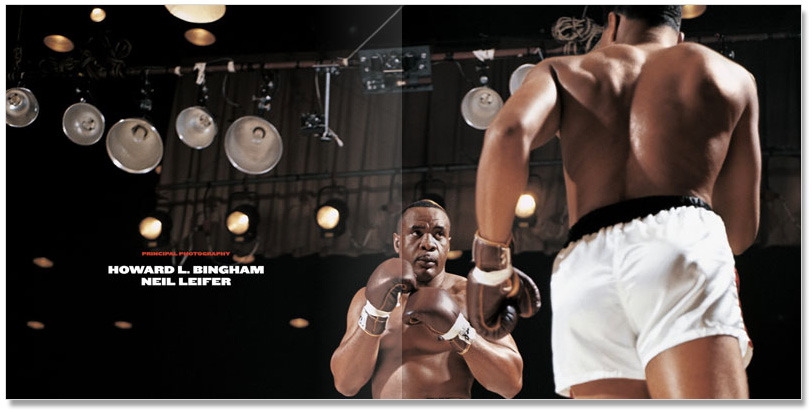 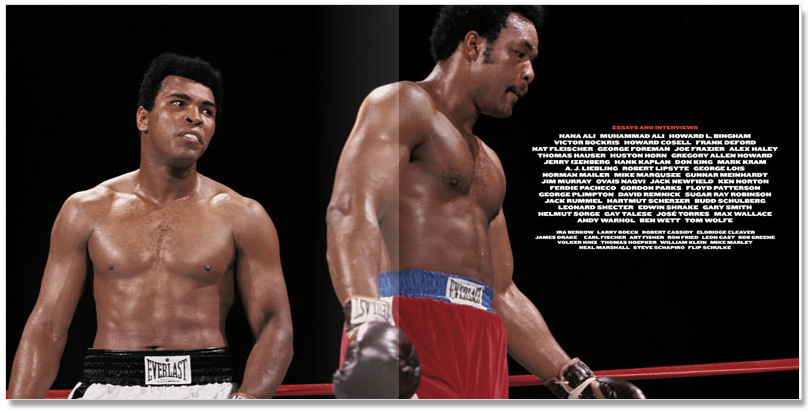 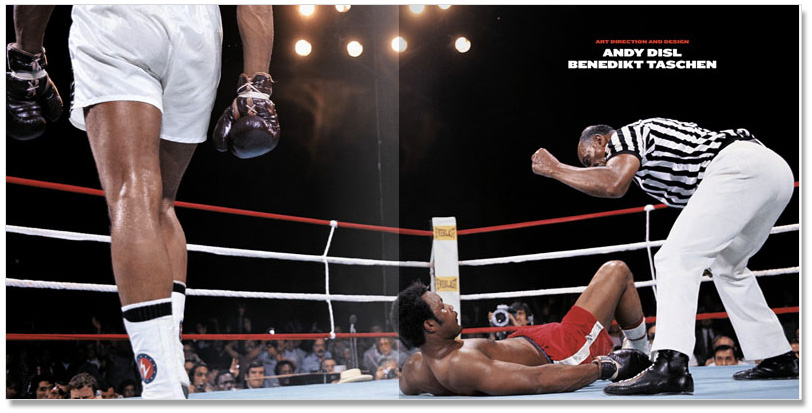 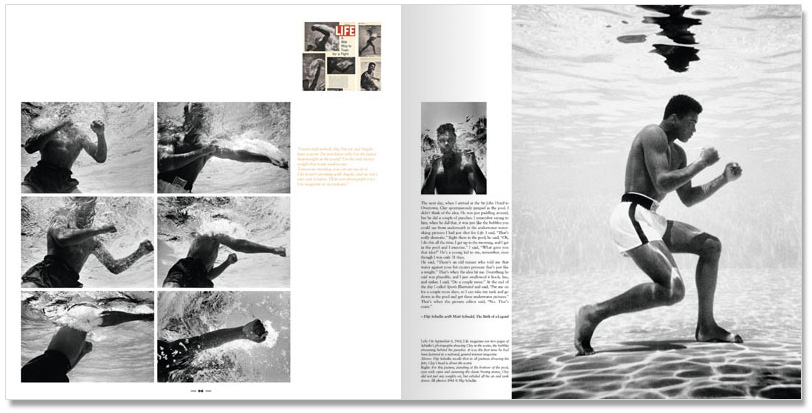 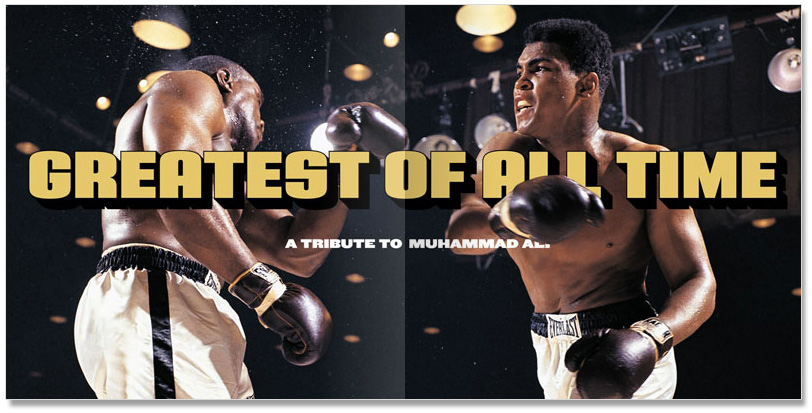 Loved. Hated.
As a kid, Muhammad Ali was one of my heroes. There is no athlete who you could compare him to today – or ever for that matter. Imagine an athlete with Michael Jordan’s physical dominance crossed with the charisma of the Beatles. A the time, Ali was the most famous human being on the face of the earth. (He’s still gotta be in the top ten). In America, he was either hated or loved – no in-betweens with Ali.

Rumble in the Jungle
I remember when Ali fought George Foreman in the “Rumble in the Jungle” back in 1974. Although I was an Ali believer, there was a part of me that thought George Foreman was going to kill him in Zaire. Ali was 32 on the downside of his career. Foreman was just 24, and boxing’s equivalent of the Terminator1. He had crushed both Joe Frazier2 and Ken Norton.

I just wanted Ali to go the distance and not get annihilated. For me that would have been a win. When I anxiously picked up the L.A. Times the morning after the fight, I couldn’t believe Ali had TKO’d Foreman. I can tell you no one saw his total defeat of Foreman.