Russell vs. Wilt :: The Greatest NBA Match-Up of All Time 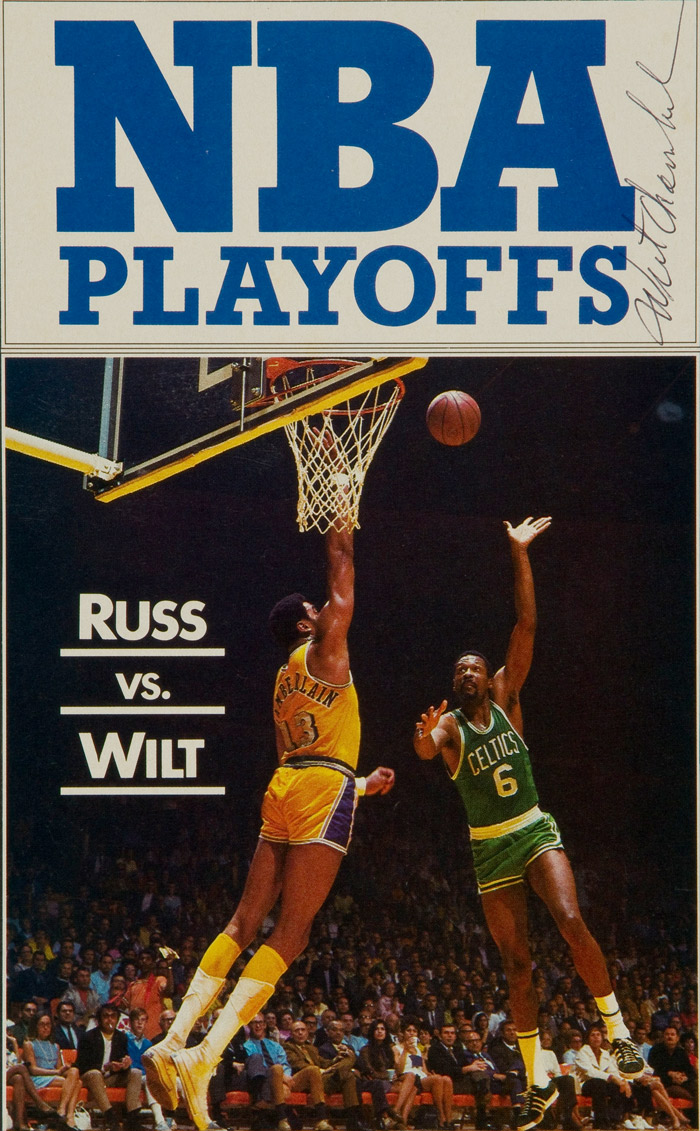 The two titans of center-hood go at it. Forget about Bird versus Magic (they were rarely matched-up at the same time), Russell versus Wilt was the greatest match-up in NBA history. One revolutionized defense, and was the king-pin of a sports dynasty – never to be replicated again, the other was an offensive machine that basketball has not seen since.1

Tells the story of the first basketball game that Russell and Chamberlain played against each other. It was thought that Chamberlain, a physical specimen that basketball had never seen before, would crush Russell.

Excerpt from: When Chamberlain and Russell Collided:
On the night of November 7, 1959 however, every one of the 13,909 seats in the Garden had long been sold out, even the hundreds of seats whose views became partially obstructed when the hockey arena was converted to a basketball court by raising the backboards, running guy wires out to the sides, and bolting the wooden parquet squares to the sub-flooring. Outside, along Causeway Street, scalpers were demanding upwards of $20 for tickets that usually went for $2.50. One New York sportswriter, arriving at North Station earlier that afternoon, was offered a ticket for $10 by a scalper who told him, “Just trying to do you a favor, Mac. I can get more for it at the Garden just before game time.”

The reason for the excitement was that twenty-three-year-old Wilt Chamberlain had joined the Philadelphia Warriors as a rookie that year and on this night Chamberlain would for the first time face the Celtics center, Bill Russell. The game was so eagerly anticipated that Red Auerbach, the Celtics coach, had been telling people that it would draw enough fans to fill Yankee Stadium. Sportswriters were calling the confrontation Battle of the Titans, Battle of the Giants, and Big Goliath vs. Little Goliath. They were speculating about what would happen when an “irresistible offensive force” encountered an “immovable defensive object.” In an article anticipating the game, Sport magazine’s headline was “The Big Collision,” and it declared, “Pro basketball will be stepping into its golden age when Wilt Chamberlain, the rookie, clashes with Bill Russell, the leaping veteran.”

1 I’m hearing rumblings about Michael Jordon being the premiere offensive force ever to play the game. No doubt, but Wilt averaged 50 points per game in 1962. He tailed off the next year and only averaged 44 points per game. Incredible in any era.

Giants Of The Game: Russell and Chamberlain Part 1 :: NBA TV: