History of the San Francisco Seals baseball team – charter members of the Pacific Coast League (LCL). From the SFO Museum. 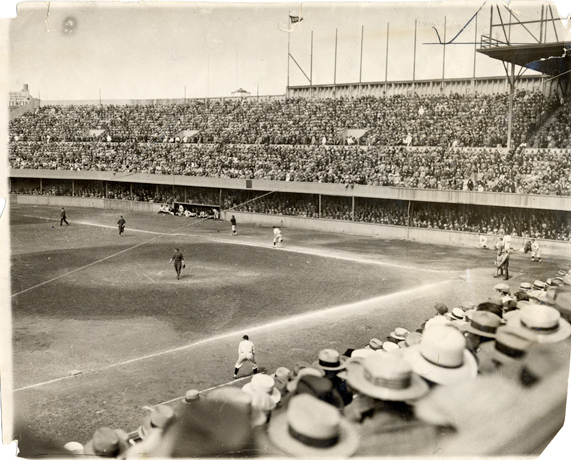 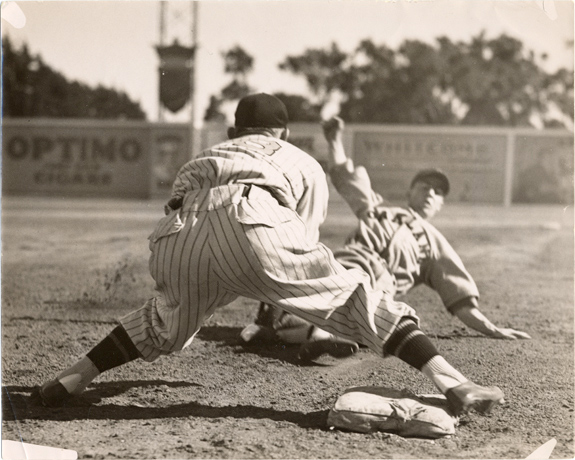 Dario Lodigiani of the Oakland Oaks sliding into third base 1937 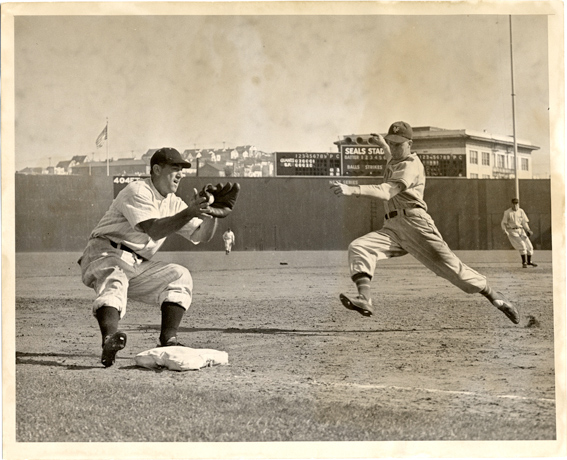 Excerpt:
Before the arrival of the Giants from New York in 1958, the Seals were San Francisco’s favorite professional baseball team and an integral part of the city’s fabric.
There were no Major League Baseball teams west of St. Louis during the first half of the twentieth century and no televised baseball games either. The PCL was very successful, and stadium attendance was often greater than that of their Major League counterparts in the Eastern and Midwestern regions.