This bicycle prototype from Flying Machine and owner/designer Matt Andrew features unique titanium tubing joined with 3D printed titanium lugs. Allowing, in Matt words, “For infinite flexibility and all bikes to have personal and tailored geometry.” 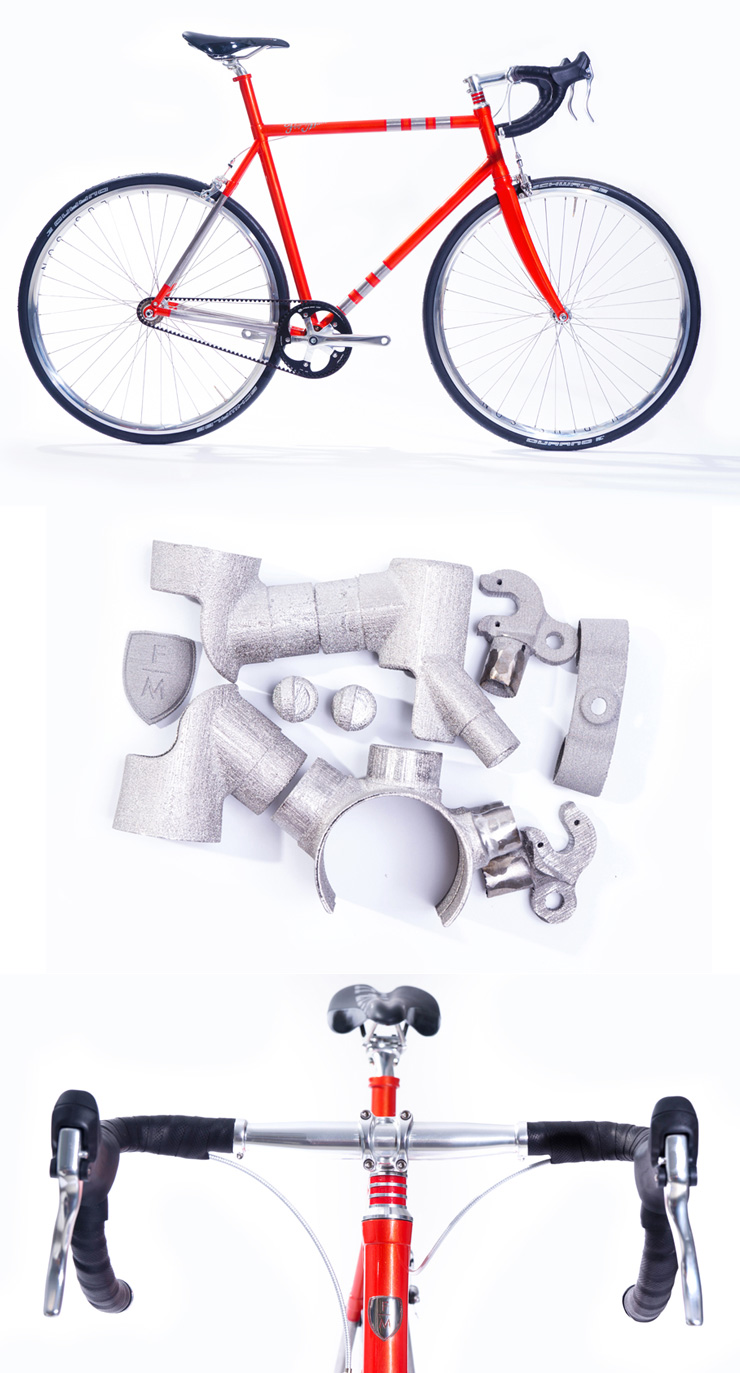 “Making this bicycle a reality became just a bit of an obsession. We are amongst the very first to embrace 3D Printing for bike building and firmly believe this amazing technology is the way of the future.”
– matt andrew :: owner and designer at flying machine 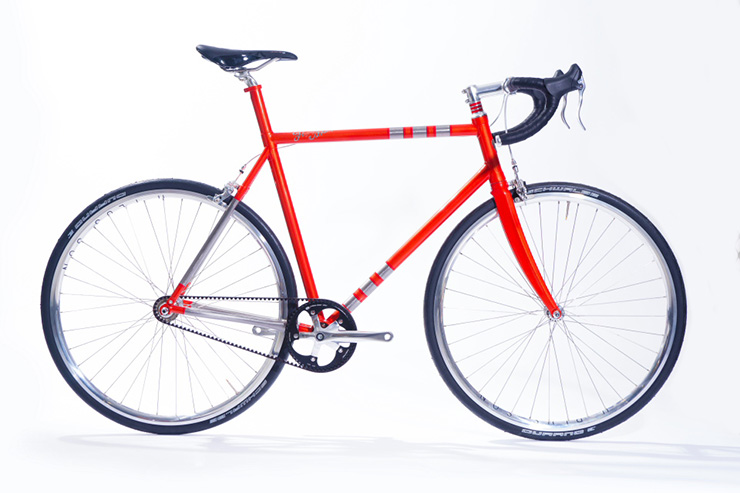 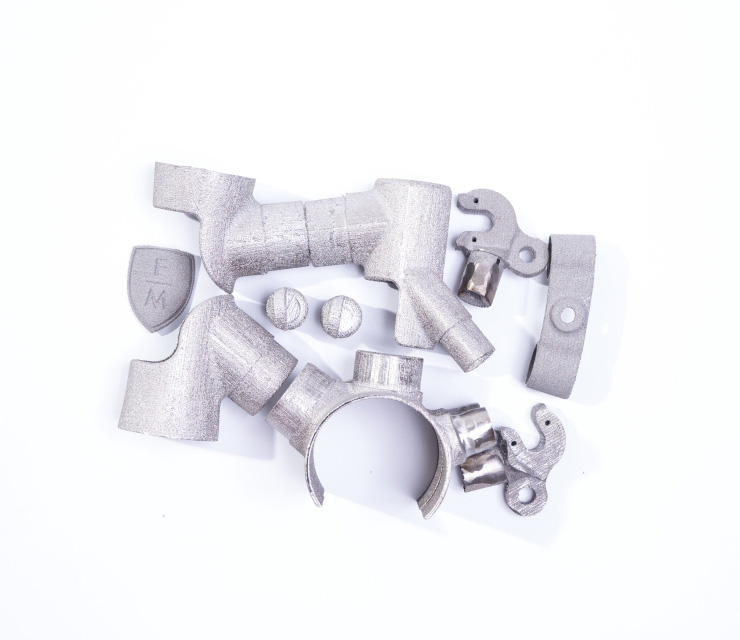 This featured F1 prototype has been tailored to the exact measurements of Matt, owner and designer at Flying Machine. Matt says it fits like a glove and rides even better than he hoped, light, stiff, fast and extremely comfortable. Now, anyone can own a 3DP-F1 bicycle, made to fit their exact measurements and riding style. 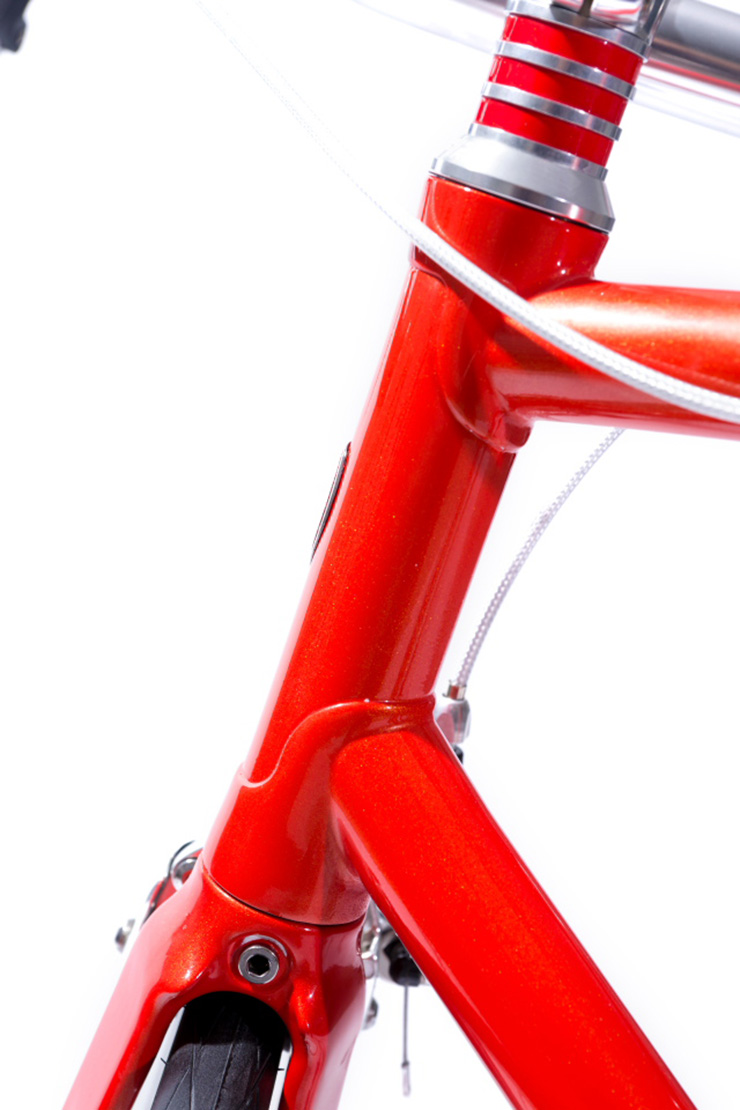 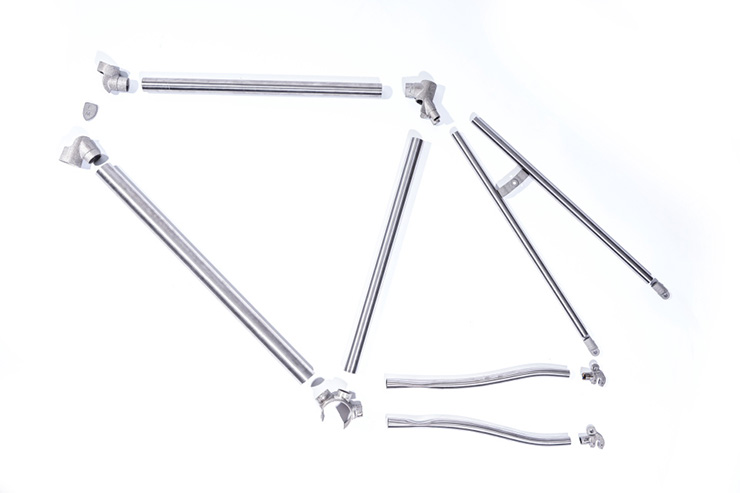 To make “The Bike of the Future” Flying Machine have hybridized a more traditional method of creating bicycles, using lugs to join between the frame tubes. According to Matt, “Lugged frames have become less popular due to limitations with variation in geometry.” Now with the help of 3D printing a renaissance has occurred allowing for infinite flexibility and all bikes to have personal and tailored geometry. 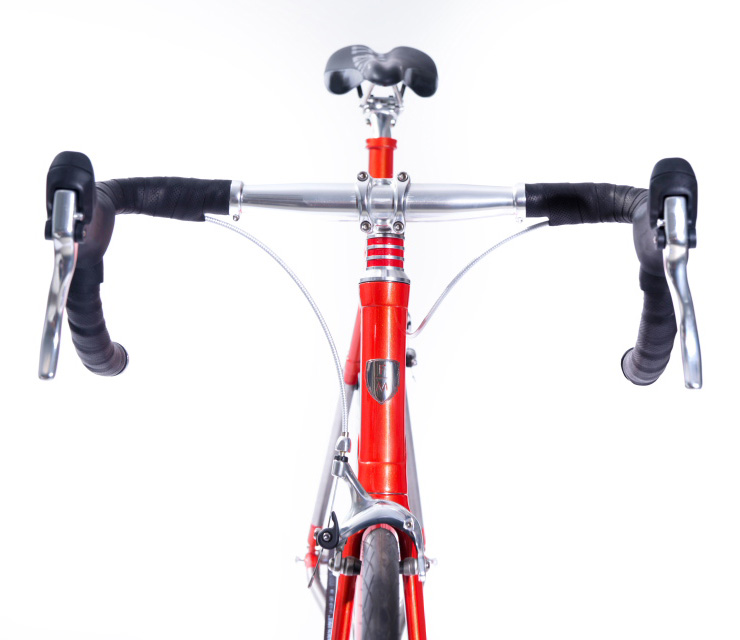 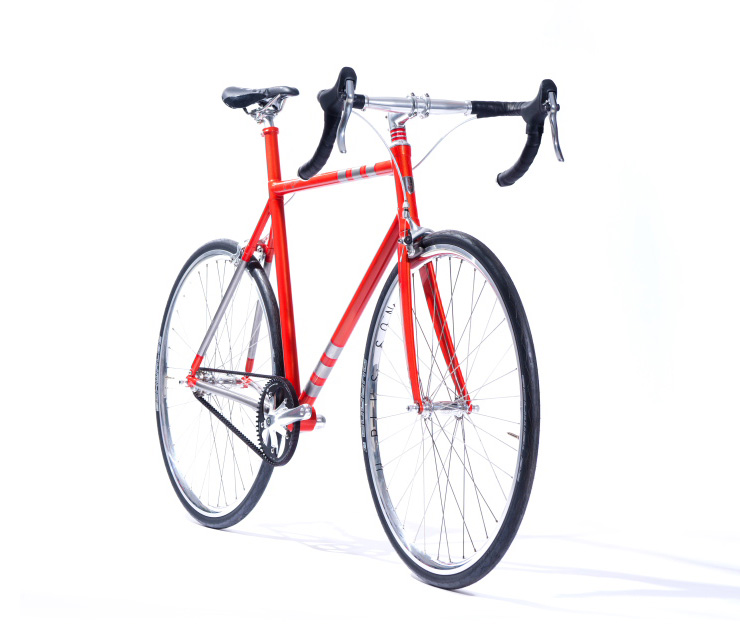 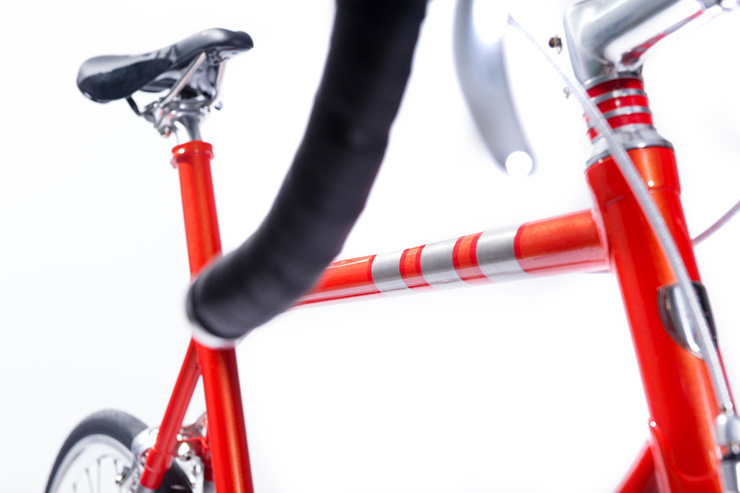 The bespoke 3D printed lugs can be turned around very quickly. FM are aiming to be able to produce a full tailored geometry custom frame within 10 days from order and complete bikes in around 3 weeks. 3D printing (also known as additive manufacturing) is extremely accurate, “very low waste and low invested energy.” 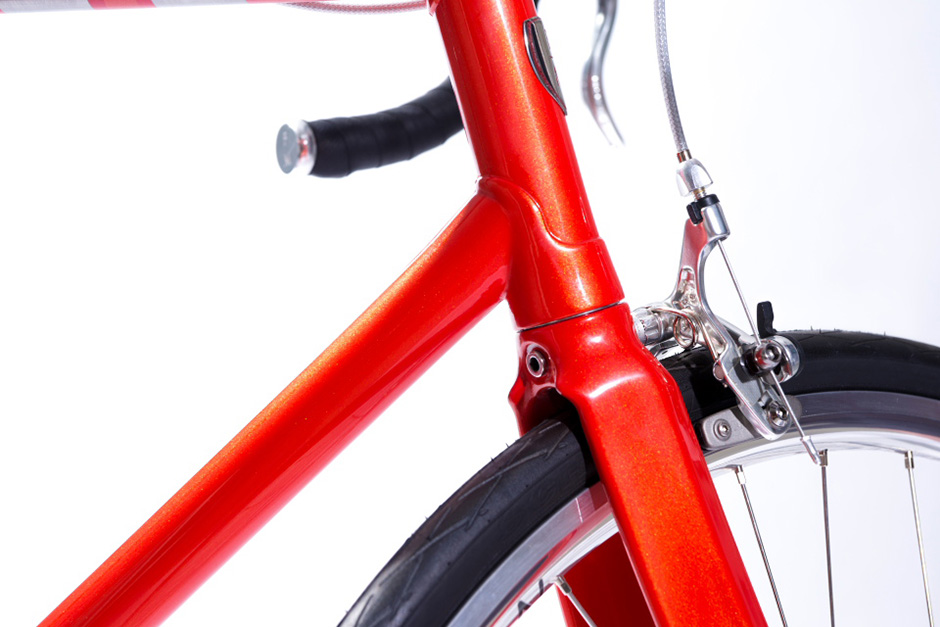 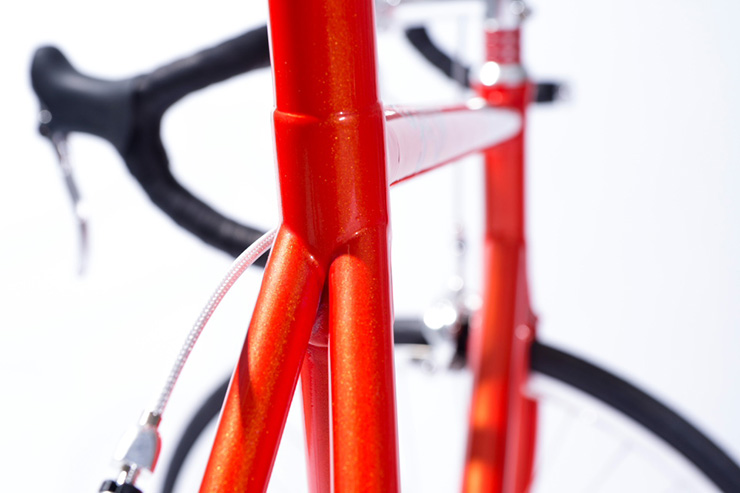 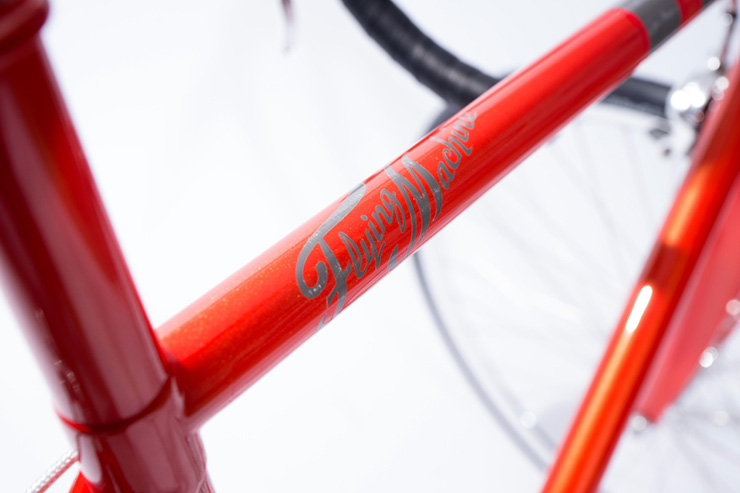 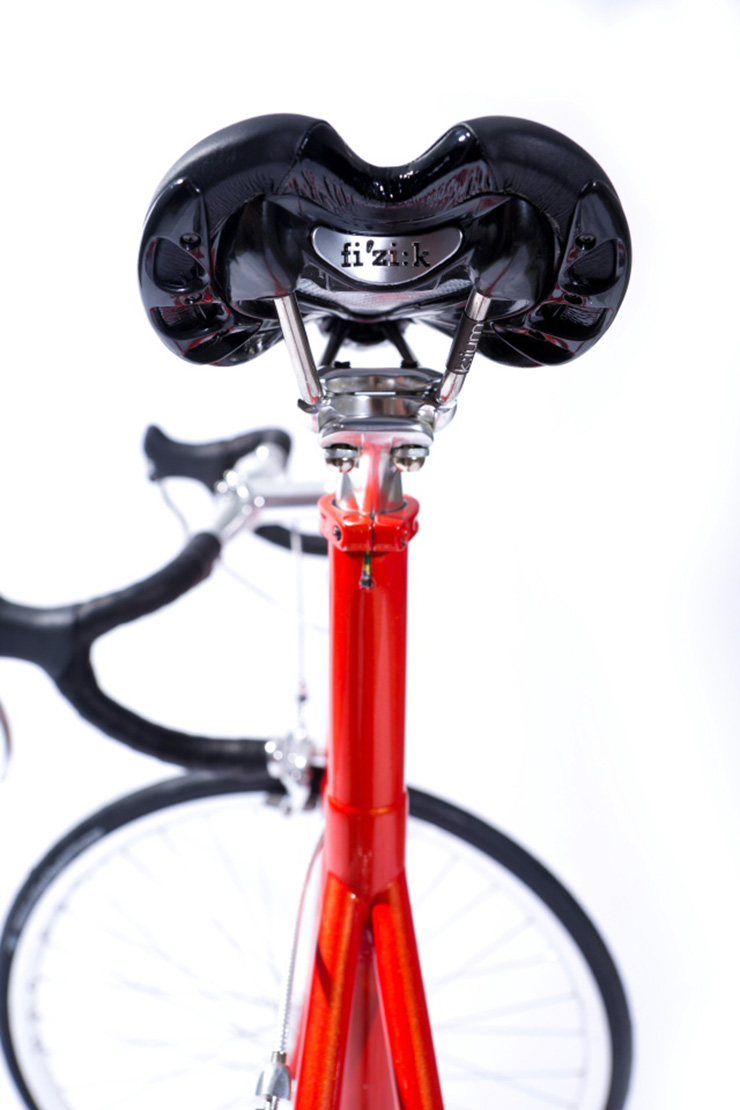 “There are a lot of things to like about the F1 from several different angles, not all of which are so easily seen from photographs however this bike is definitely an aesthetic work of art as well as groundbreaking science.”
– matt andrew 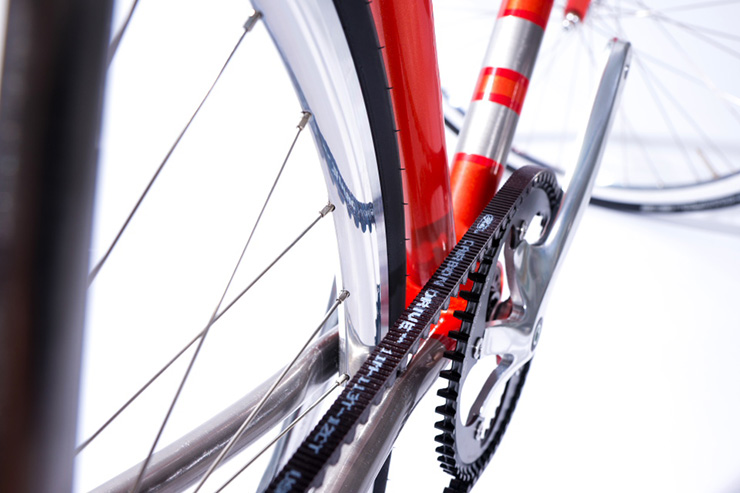 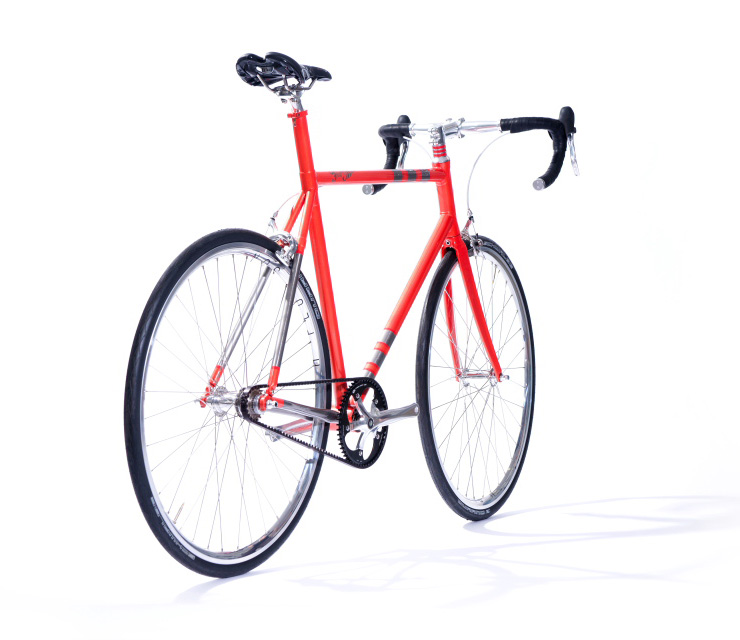