Chet Parsons joins Megadeluxe to help us cover objects with four wheels and a combustion engine. He’ll also be curating Auto-Mania World Roundup – a new series we’ve been wanting to do for quite awhile. (Chet has promised to come up with a better title for this series).

Chet Parsons is a textbook car geek of the highest degree, perpetually torn between air-cooled Porsches and early BMW M-cars, Chet joins Megadeluxe to share stories of cars and the people who love them. Expect a serious bias toward 80s and 90s European sports cars, and serious encouragement to get out and drive (or ride) whatever motorized conveyance gets the petrol pumping in your veins. And don’t be surprised by random references to 80s new wave, Douglas Adams, or Monty Python. 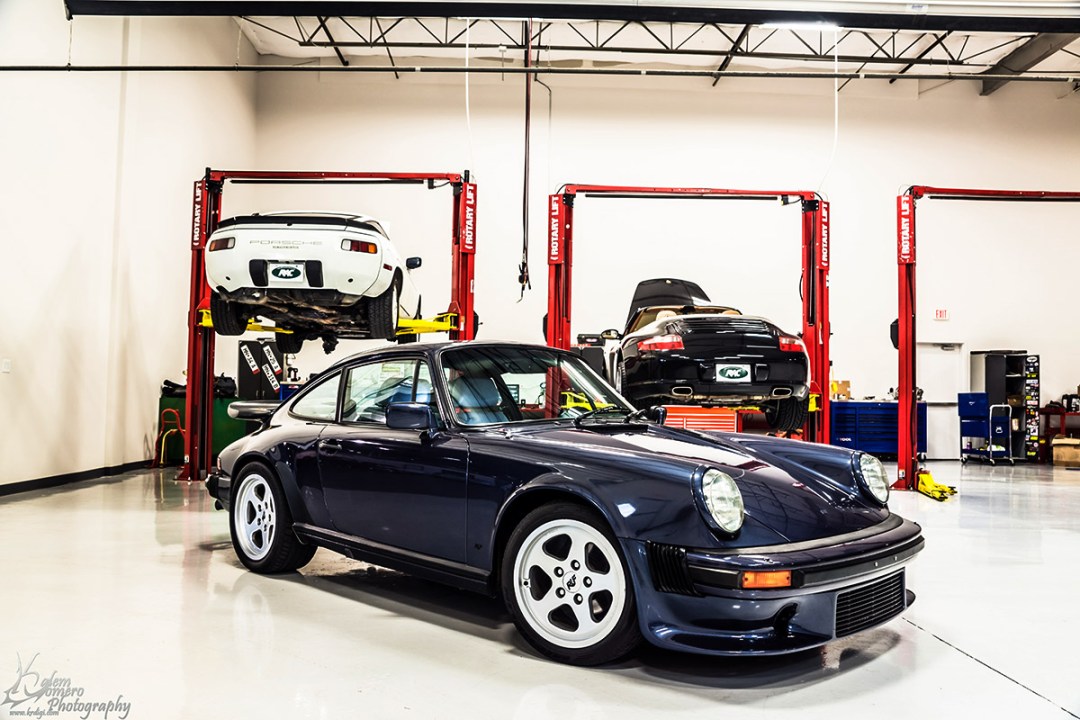 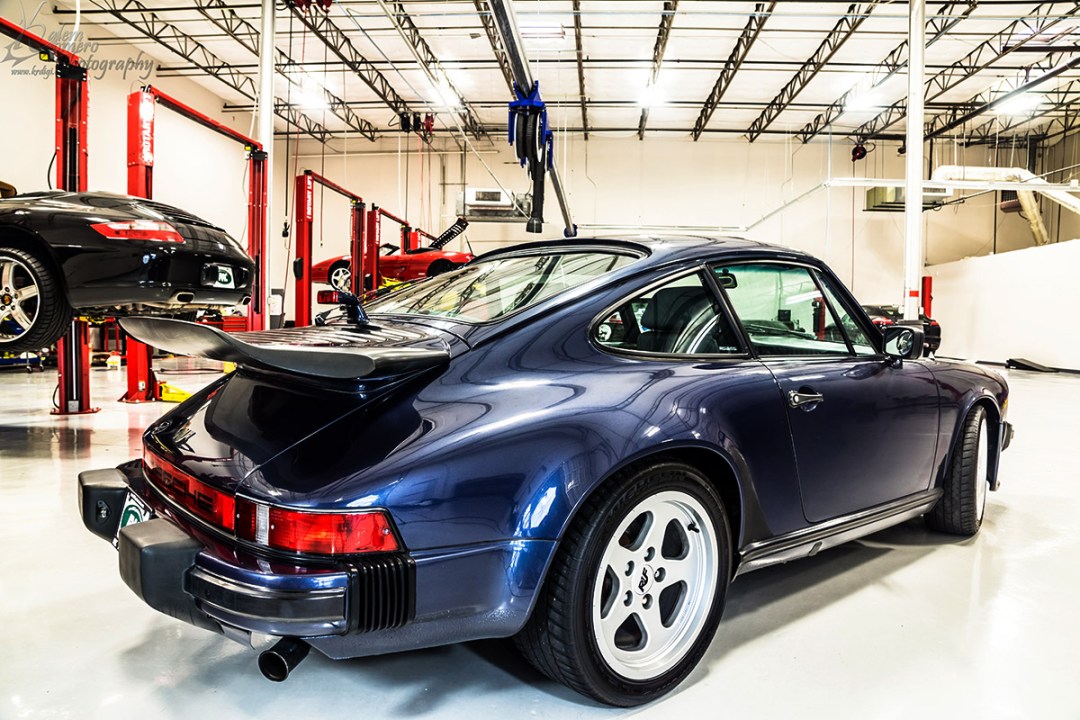 It’s 1985, and you’ve decided to buy a Porsche, but the standard fare from Stuttgart doesn’t quite do it for you. The obvious thing to do, then is to contact Alois Ruf at the company that bears his name, right? A family business that evolved from a local garage into a certified manufacturer building Porsche-based production cars, RUF Automobile is perhaps best known for the Yellowbird, a 469 horsepower, twin-turbo, 911-based legend formally known as the CTR. This Road & Track cover model hit 217 mph in 1987, and was immortalized on video in “Faszination,” which features RUF test-driver Stefan Roser wrestling the CTR around the Nurburgring Nordschleife.

But as tempting as one of RUF’s turbocharged creations might be, the reality is that you’re not Stefan Roser. This means the possibility of leaving the road backwards in a frenzy of turbo boost and lift-throttle oversteer is a more of a probability than a possibility. Which brings us to the car featured here, a naturally aspirated RUF 911. But where does this car fit, without the turbocharging that practically defines RUF’s creations?

“The RUF Carrera, as a whole, delivers a 911 driving experience that is elevated ever so slightly. It’s not that it is so much faster or more refined, but that it is given a level of attention and tuned to be the best a naturally aspirated 911 can be. It is properly sorted, and less of a hooligan than a turbocharged car from either RUF or the Porsche factory.”

In 1984, Porsche brought back the Carrera name for the improved 911 and graced the business end of the car with some additional displacement, taking it from the 911SC’s 3.0 liters to 3.2 liters. With just over 200 horsepower in federal trim, it was no slouch, but the rest of the world got a 231 horsepower version. With a host of improvements from RUF, this Canadian spec car is, likely conservatively, rated at 240 horsepower. So you have some additional power, but this car has a RUF chassis number (VIN), so there must be more, and there is. 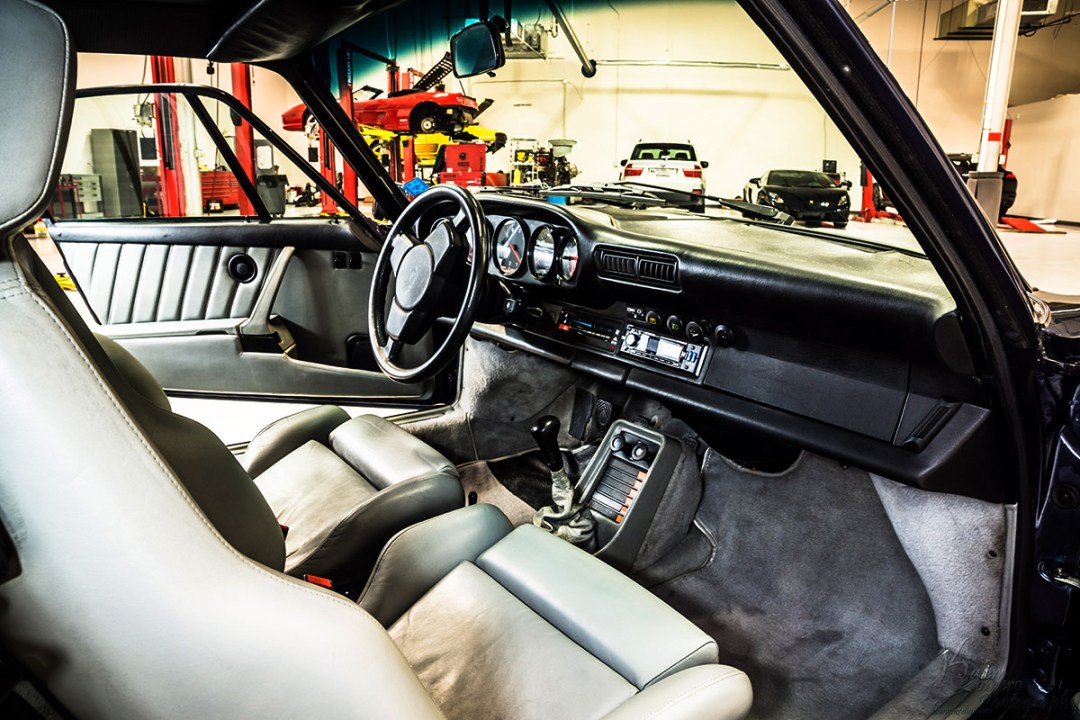 From a body-in-white, this car was manufactured by RUF in Pfaffenhausen. It isn’t just a tuned and modified Carrera. One might think that the hand-built RUF 3.2 liter flat six would be the star of the show, but it’s mated to a 5-speed transmission, built in-house at RUF, which is of equal star quality. The suspension, seats, and even the gauges are all bespoke RUF components as well. The exterior is a model of restraint, with only a set of RUF wheels and a RUF front valence to complement the factory Carrera rear spoiler.

So the end result looks only subtly different from any other Carrera of the same vintage, but under the skin is a hand-built drivetrain and a well-developed chassis. From behind the wheel, the differences seem subtle at first, but you soon recognize a depth to this car not present in a standard 911. 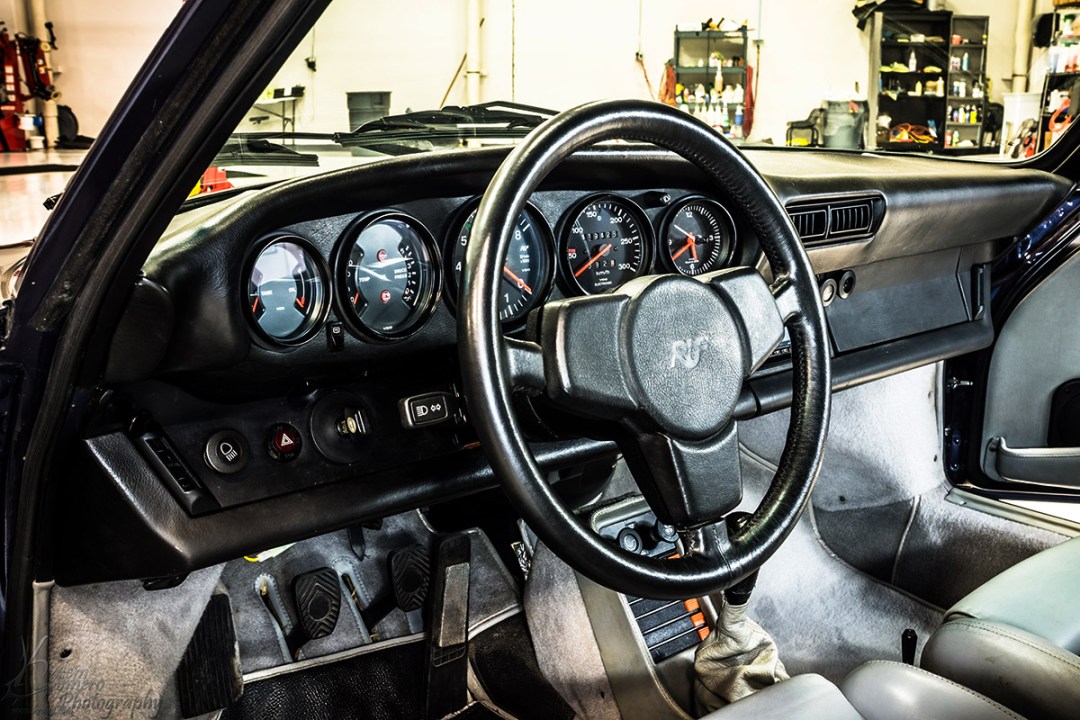 Settle (or squeeze, in my case) into the RUF-specific Recaro sport seats, and get ready for a drive in 1985 style. At ignition, you notice a slightly deeper rumble from the dual exhaust and when the engine is cold, a slightly lumpy idle from more aggressive cams and timing. Throttle response feels a little sharper, but a deliberate right foot is still required for spirited acceleration. Firmly slot the shifter into first, and your right hand is met by a robust gearbox indeed, reminding you that firm, positive, gear selection is required, especially before building some temperature in the fluids. Driving on surface streets and in daily traffic, the basic experience is pure 911, but you are always aware that this car is something more. Reminding yourself that this is likely one of only a handful of naturally aspirated RUF manufactured cars in the world makes the drive seem more special as well. 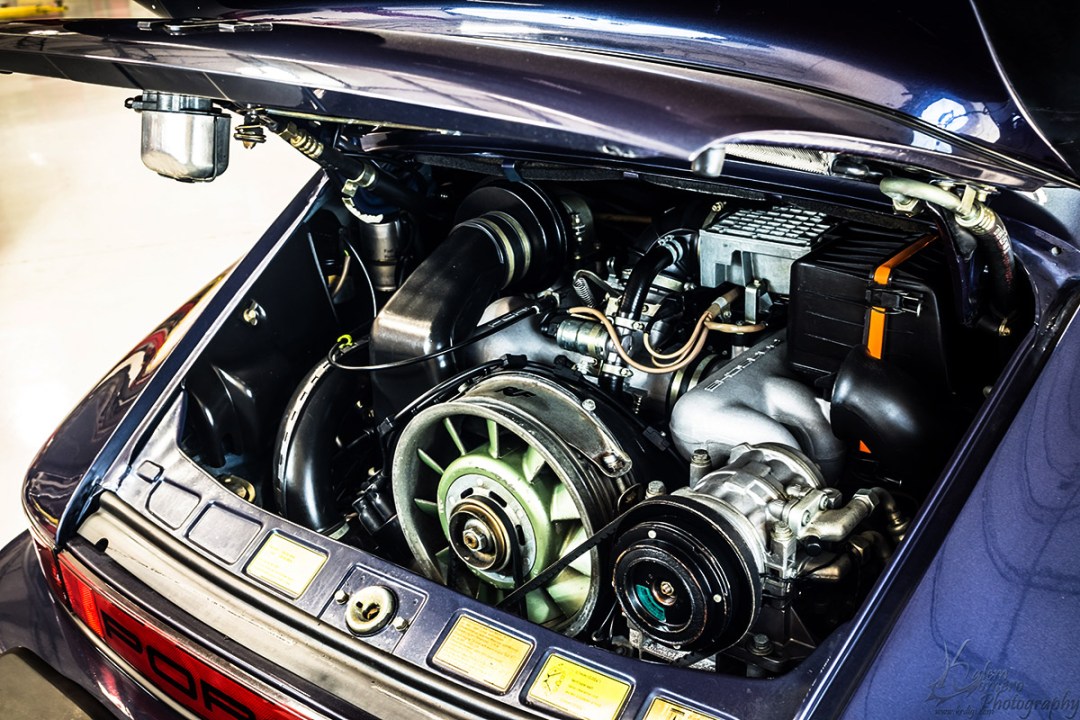 Once all the vital fluids are warmed up, this car is felt, seen, and heard. The initially clunky gear changes give way to short and precise, if not light shifts, and the improved throttle response and a helping of additional low-end torque lead you to realize that there is never enough clear road ahead. The extra horsepower by itself likely only nets a marginal increase in measurable performance, but even if it isn’t much faster, it feels stronger. There is always power, and I found myself trundling around town barely turning 2500 rpm, taking every opportunity to shift down and dial the tachometer around to the north side of 6000. The long gearing means sixty comes up in second gear. Beside your swift forward progress, there is an aural reward as well. I spent almost my entire drive with the windows and sunroof open. The RUF Carrera, as a whole, delivers a 911 driving experience that is elevated ever so slightly. It’s not that it is so much faster or more refined, but that it is given a level of attention and tuned to be the best a naturally aspirated 911 can be. It is properly sorted, and less of a hooligan than a turbocharged car from either RUF or the Porsche factory. 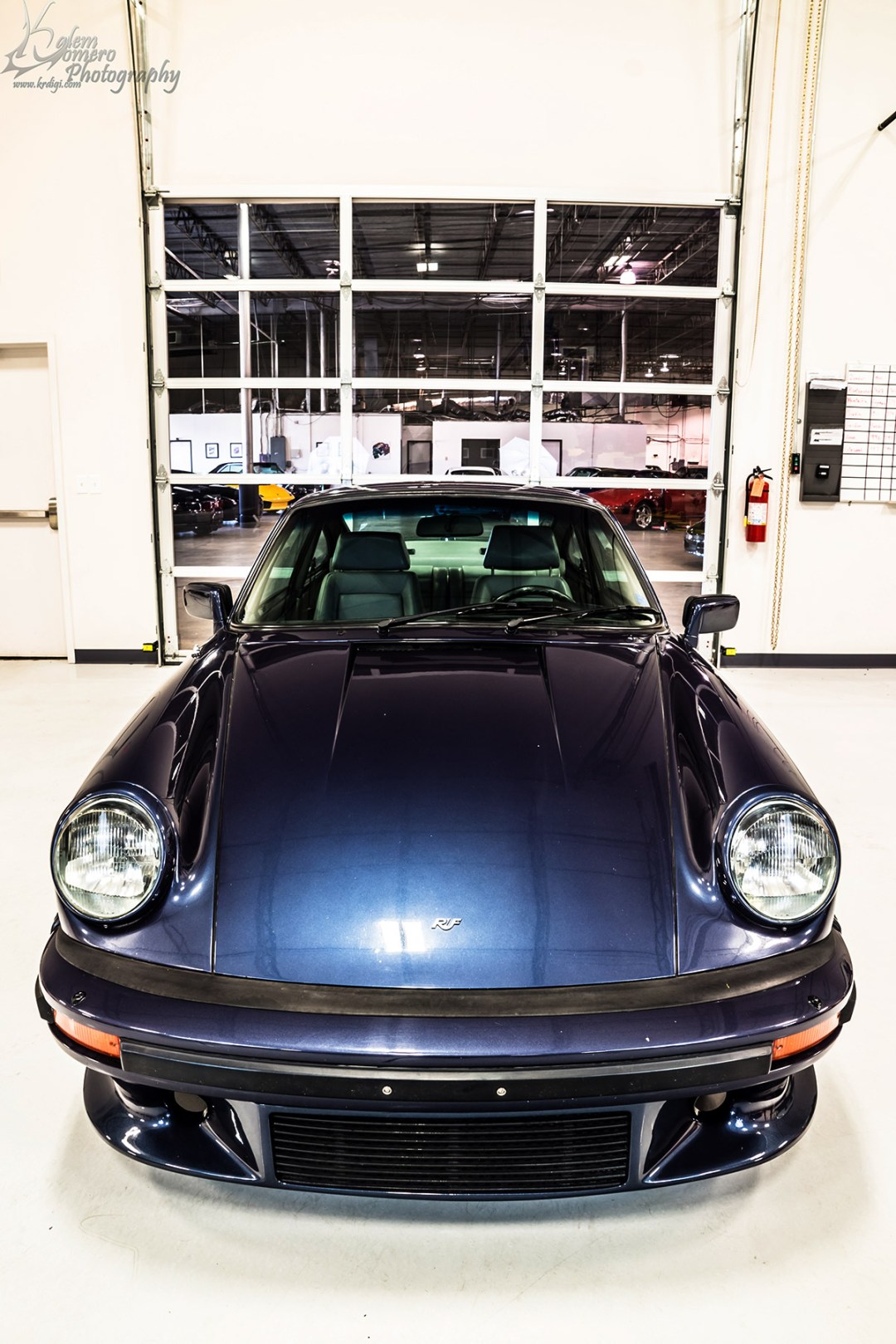 Thanks to RAC Performance for tossing me the keys for an afternoon and allowing us to take over the shop for a photo shoot. This car is available for sale, if you’re so inclined. Here are some more details and contact information:

Originally built to Canadian specification and delivered to its original owner in Calgary in 1985, it remained in the Calgary area until recently heading south to Texas, where it is currently available for sale with just over 74,000 miles. Pricing is listed at $49,900.00 USD. If you would like more information about this unique automobile, contact Jonathan at RAC Performance (jonathan.peck(at)racperformance.com). 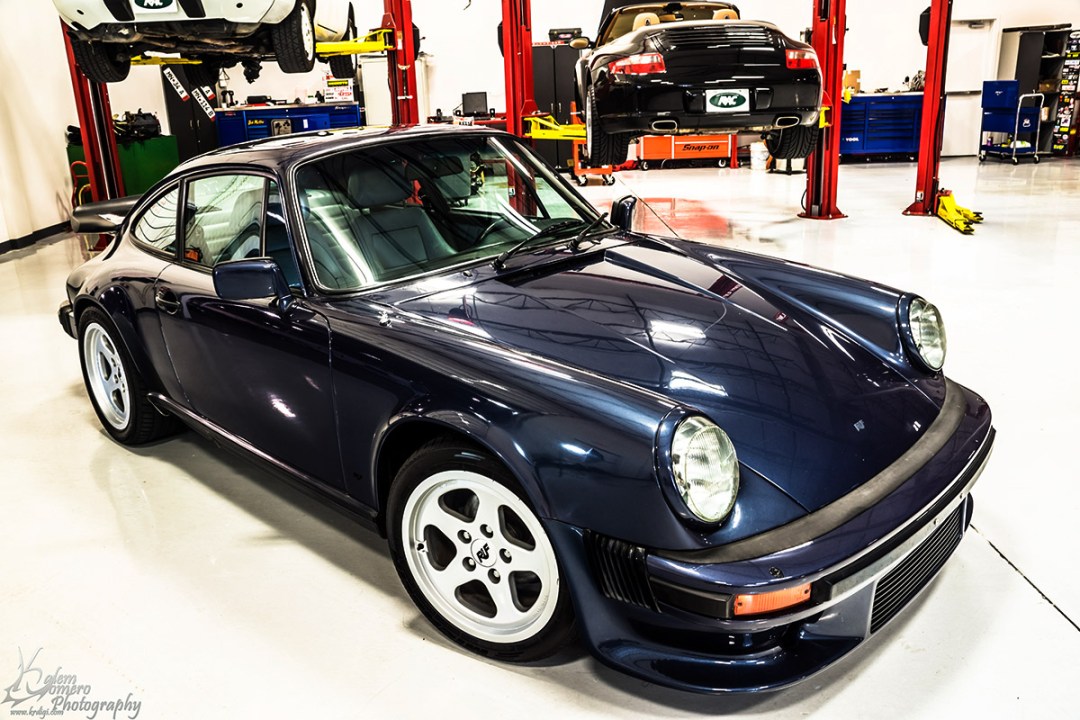