When I first saw this t-shirt, I thought this pardon was meant for the singer/surfer Jack Johnson. My bad.1 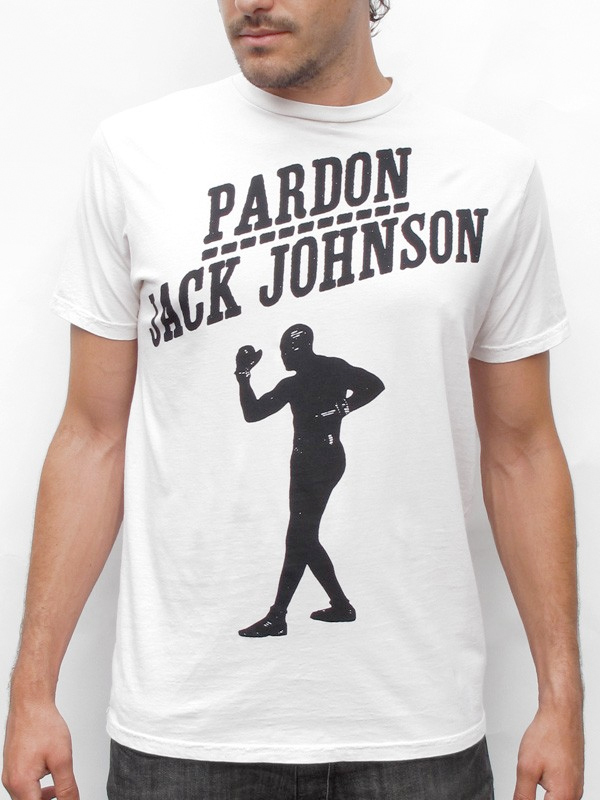 “Our dreams are made of real things, like a shoebox full of photographs.”
– jack johnson2
1 Besides, I think a declaration of forgiveness is more in order here for the modern-day Jack Johnson. But definitely, put me down for a pardon for the not-so-modern day boxer Jack Johnson.
2 So far, I haven’t been able to track down if this is a singer/surfer Jack Johnson lyric, or a boxer Jack Johnson quote. Frankly, I think it could fit either way.

From No Mas: Pardon Jack Johnson

On July 4th 1910, Jack Johnson dismantled James Jefferies in Reno, Nevada, proving beyond a doubt that he was the greatest heavyweight in the world of any color. Many Americans could not stomach Johnson’s victory and the freedom with which he worked, played and loved. The trumped-up conviction against him for a violating the Mann Act is a testament to that intolerance and hatred. Although America cannot change it’s collective past, a Presidential pardon for Jack Johnson would officially acknowledge the wrong done to him and pay just tribute to a sporting and social pioneer and one of our greatest champions. 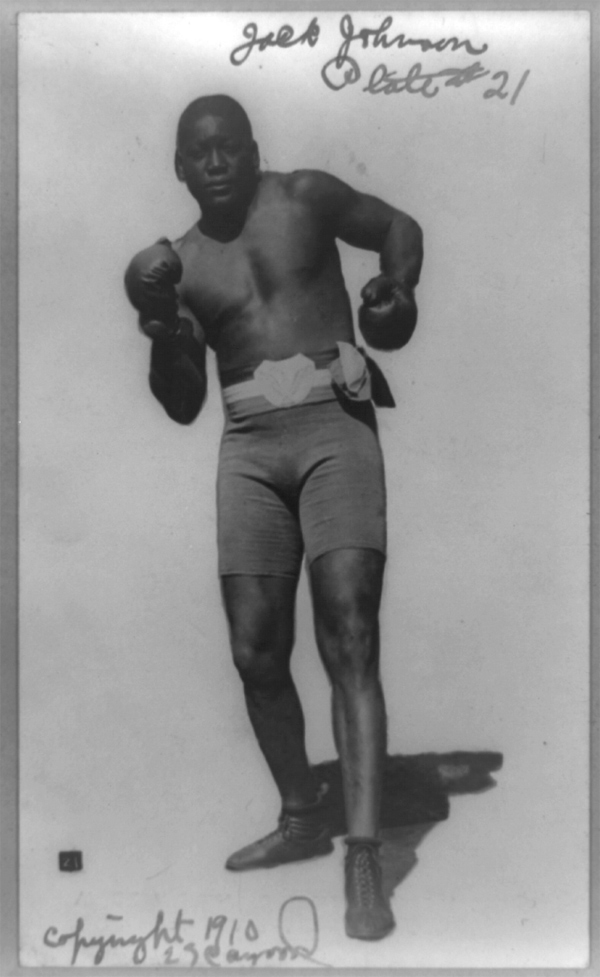