We rang up motorcycle craftsman Walt Siegl to get the story on his exceptional Ducati Leggero Series. 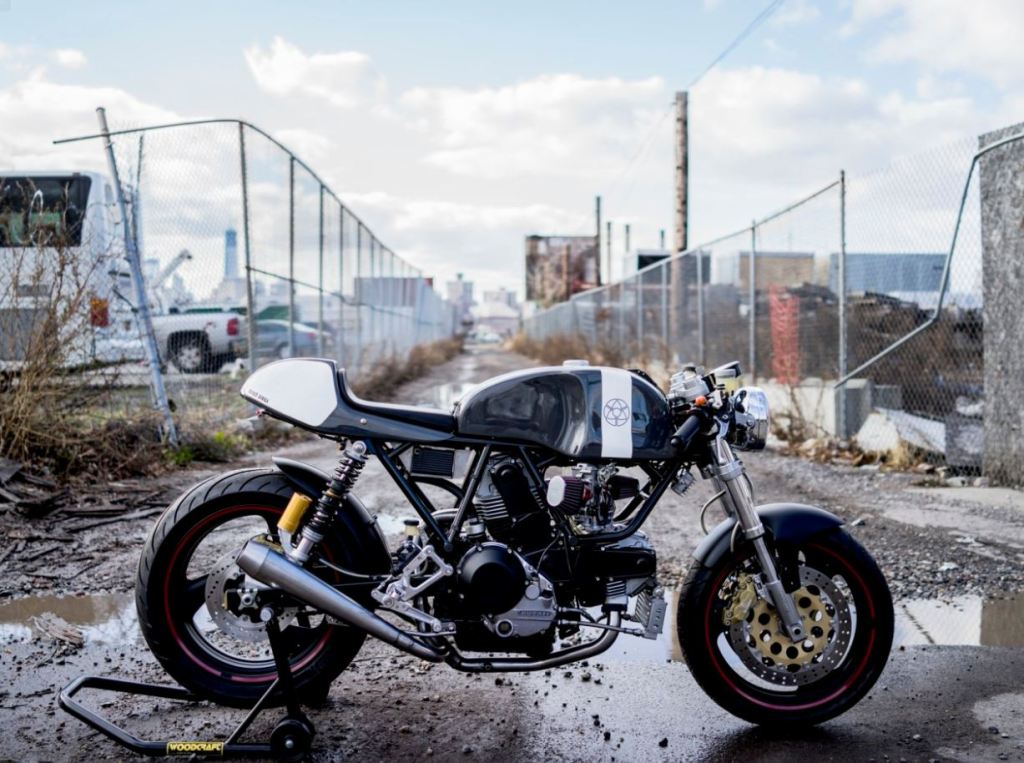 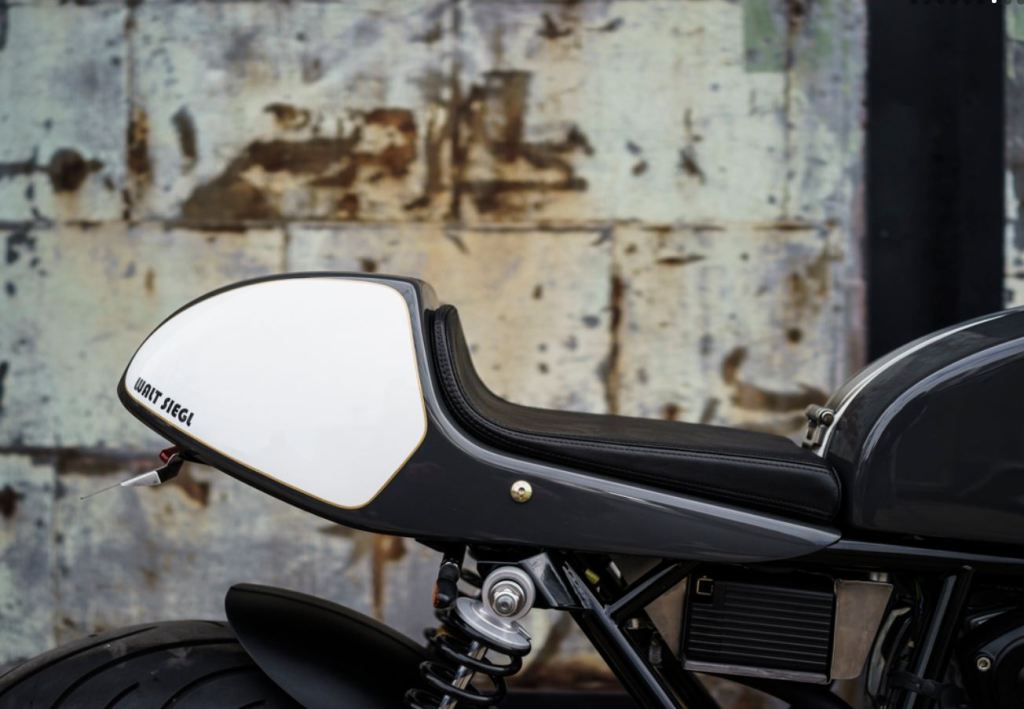 “…of course a designer has…to make sketches and then develop computer programs through those sketches but in the end the bike…is really built by machine through computer programs. And that’s why a lot of them really don’t have the life that a hand-built bike really has.”
– walt siegl

Read the entire interview with Walt Siegl after the jump below… 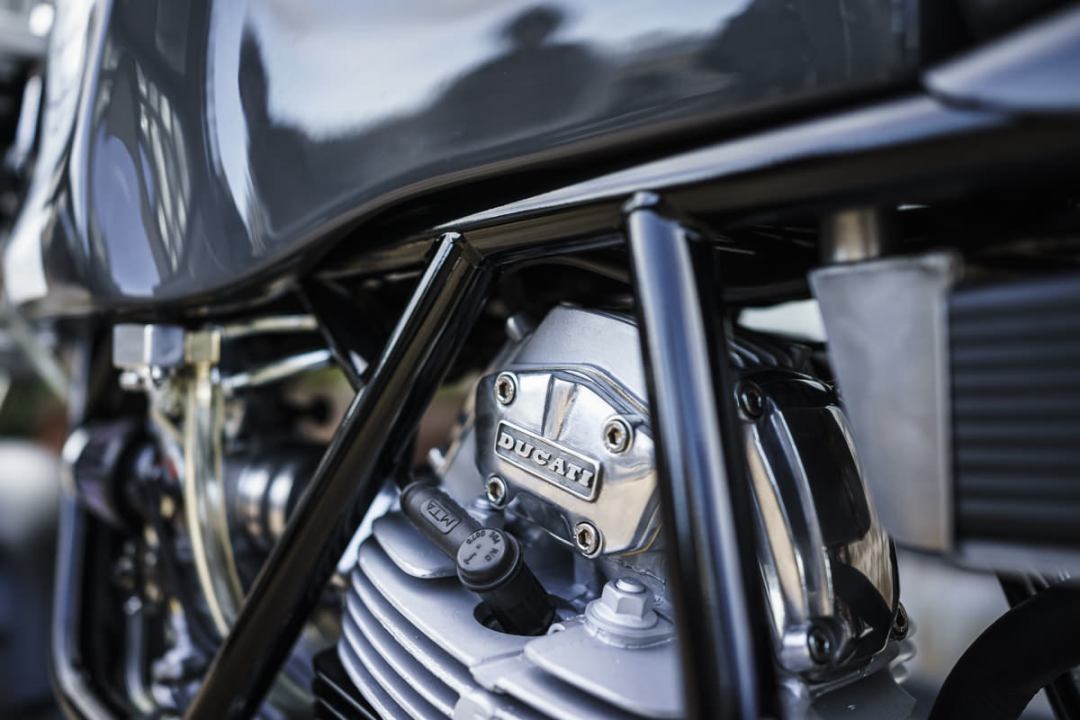 How is the Leggero different from your previous builds?
The real difference is that I went a different route with some of the parts I used on the Leggero. It’s very time-consuming to reproduce handmade parts when you have nothing left but some quick sketches.

Before I machine a part, let’s say I need some rear sets or some foot pegs, I sometimes make a quick sketch and start working with the aluminum piece or whatever it is I need to end up with. Some parts are more successful and lend themselves to being used for different project than others. Some parts are very specific…just for one build. With Ducatis for example, if you build one set of rear sets and you use Ducati bolt patterns, you could easily use them on some different chassis that have the same bolt pattern. Instead of going back to a hand drawn sketch and then try to remember how I set my tools… I talked to some friends of mine, that are good at SolidWorks, and I asked them if they could reverse-engineer that rear set for example…what would the outcome look like? And that’s how I then arrived at having my frame and rear sets reverse-engineered. So all the parts for the Leggero where at one point prototypes… meaning they were built here in the shop and then some were reversed engineered to work in SolidWorks files.

It’s kind of tricky using computer technology for a motorcycle that lives so much through its surface qualities. When the CNC machine is done with its work on rearsets for example, you clearly have all the traces of a piece that has been machined through programming, and sometimes you want to undo that, and sometimes it fits the project perfectly. In the case of Leggero, that has a big leg in the sports world, you can show the CNC machine marks for example without losing integrity. And that leads me to contemporary motorcycle design. A lot of modern bikes kind of lose their “life” because you can clearly see that they were created through computer programming. Yes of course a designer has to sit down, and make sketches and then develop computer programs, but in the end the bike or the car is really built by machines through computer programs. And that’s why a lot of them really don’t have the life that a hand-built bike has. 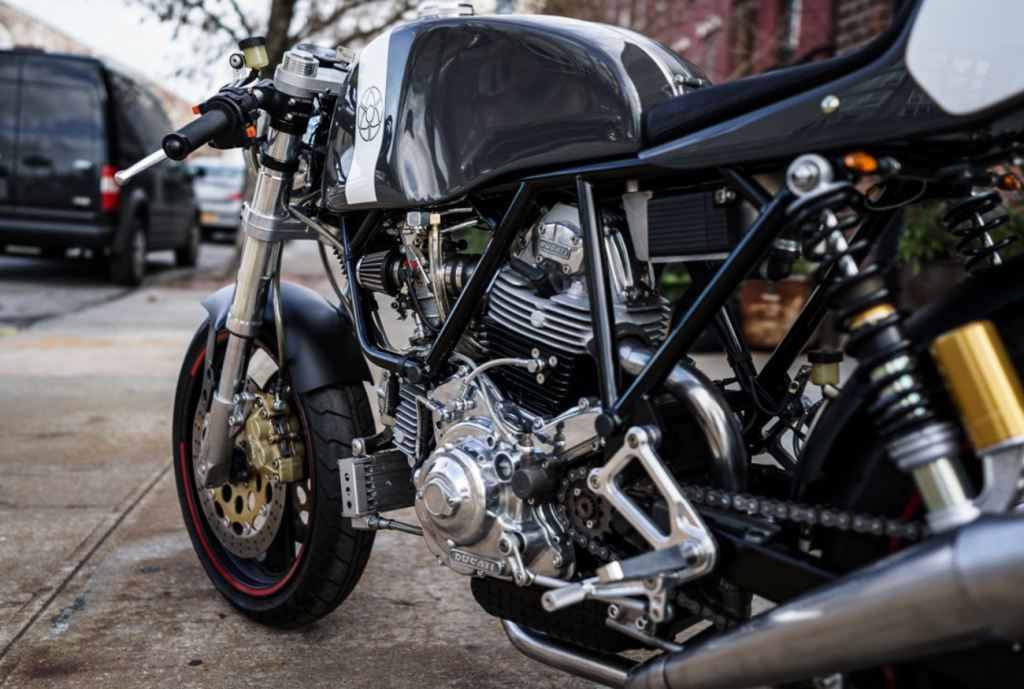 It seems to me even though it’s computer generated with 3D program, you still tested and rode it to make sure that it has the feel you want it to have…
Exactly. I hold on to my bikes after completion for a little while and test ride them before delivery.

The Leggero has the option of having fairings put on it?
That’s correct. I’m actually working on my next Leggero which is going to have a half fairing on it.

Leggero…where does that name come from?
I tried to make the bike as light as possible…that brings me back to the race track. It taught me over the years, that the lighter I get with my parts and with my bike, wheels are a good example, the less I have to spend on horsepower, and the quicker I am around the track. So I use that approach with my Ducatis as well. I try to build them as light and as strong as possible. And that led the to the 4130 chome moly steel frames and the carbon fiber body work…although it’s extremely expensive as you can imagine. Because in the end you end up with a bike that is much more lively than your stock supersport. 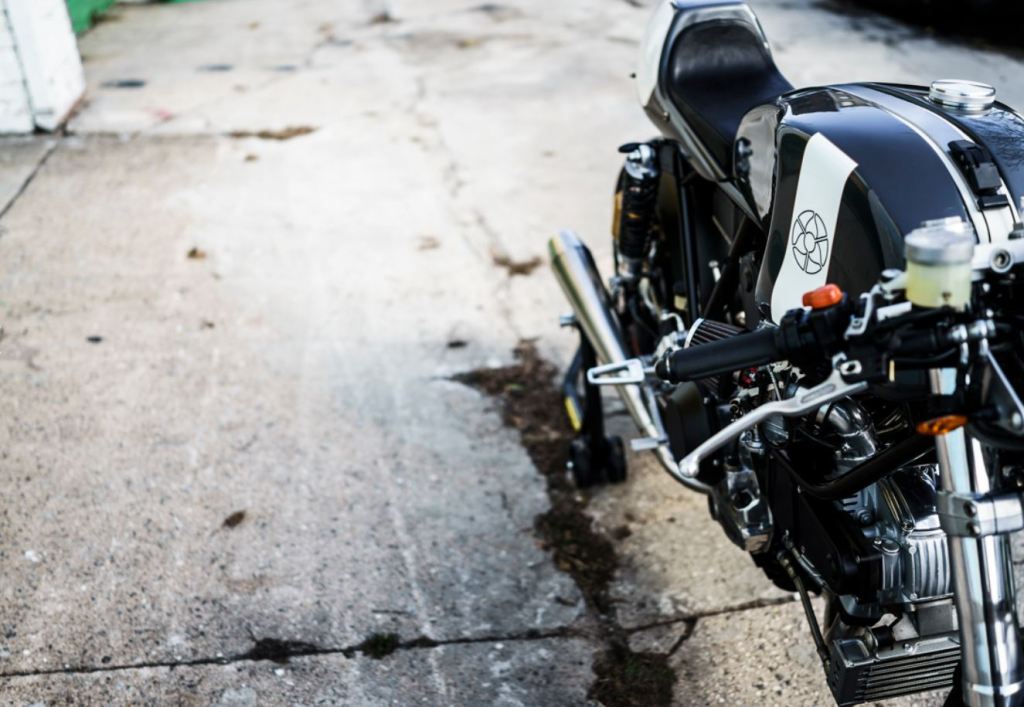 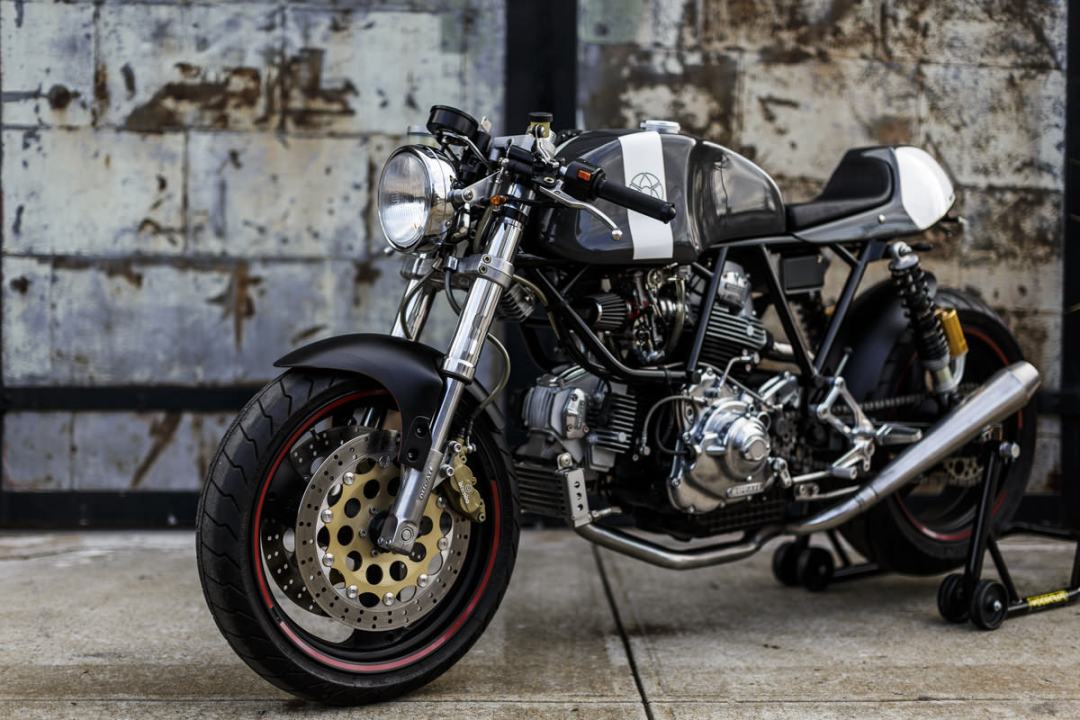 “I tried to make the Leggero as light as possible. That brings me back to the race track. It taught me over the years: the lighter I get with my parts…my bike and wheels…the less I have to spend on horsepower, and the quicker I am around the track. I use that approach with my Ducatis. I try to build them as light and as strong as possible.”

This Leggero’s frame weighs 19 pounds, what does a frame normally weigh?
28 pounds.

So you shaved a lot of weight off? Is mainly because the chrome moly steel frames?
Yes. And because there is simply less frame than on stock bikes. Mine have no room for passengers, so I need less material. You have to treat chrome moly steel different than mild steel…slightly different welding technics etc.I also stress relieve the frames and swing arms. That aligns the internal structure of the molecules again after welding, and makes the chassis stronger.

You’re planning on building more than one of the Leggeros?
Yes, for now I’m building four. 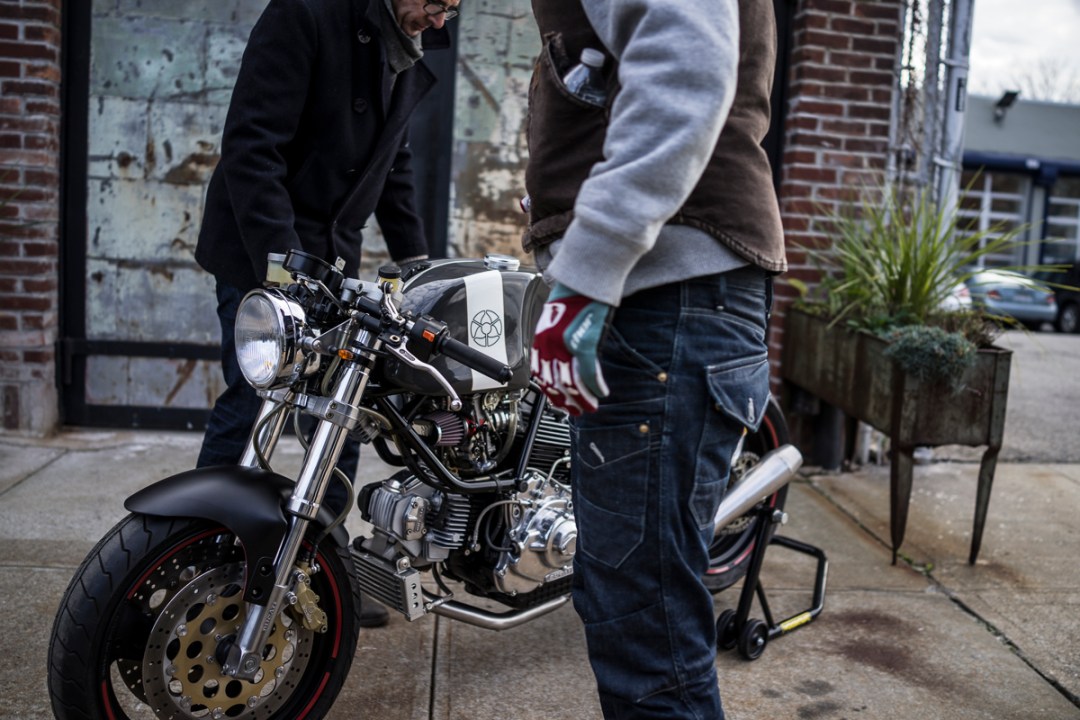 How long will the builds take?
I’ll be done with the four by May. And the reason why I’m going to be done with the four by May is because I used computer technology, meaning I have programs to machine the rearsets and have a CNC machine jig for my frames, so I don’t have to go with each tube to my mill, change the degrees so I can cut my miter correctly…it’s all done by laser cutters. It’s only going to happen with the Leggero models, all the other bikes are going to be full customs. That’s the reason why it allows me to finish four bikes in that short period of time compared to full customs that can take four or five months per bike. 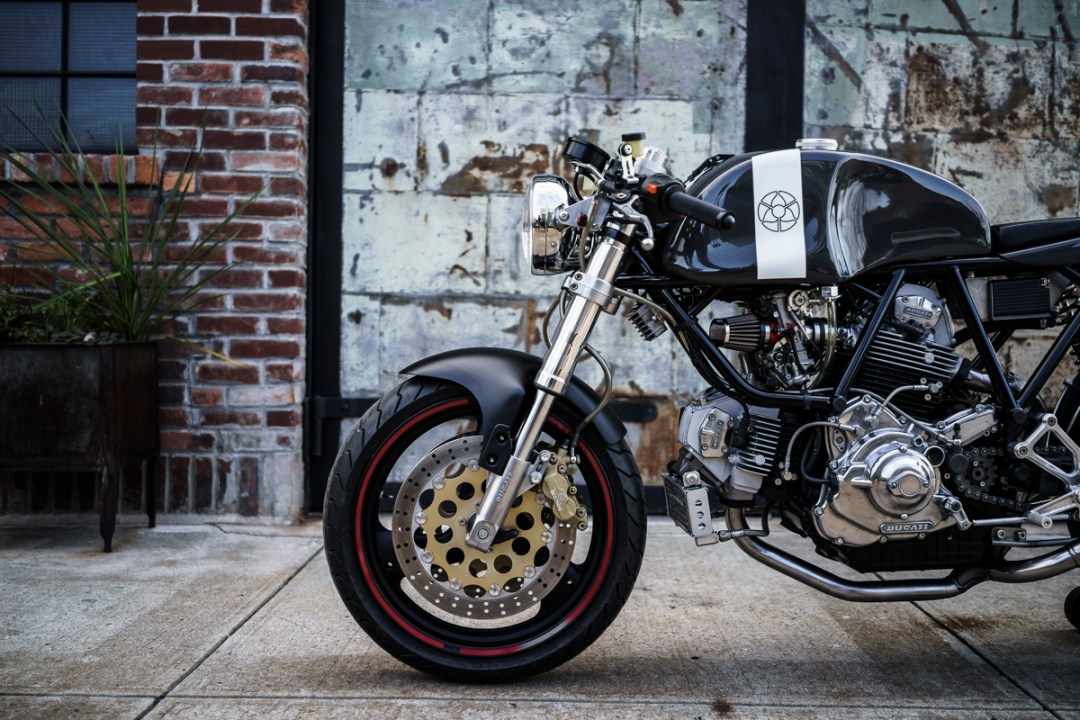 You think you’ll try this process again?
Possibly. I haven’t explored that yet. I have to go full customs once I’m finished with that series. Hopefully I’ll arrive at a Leggero 2. 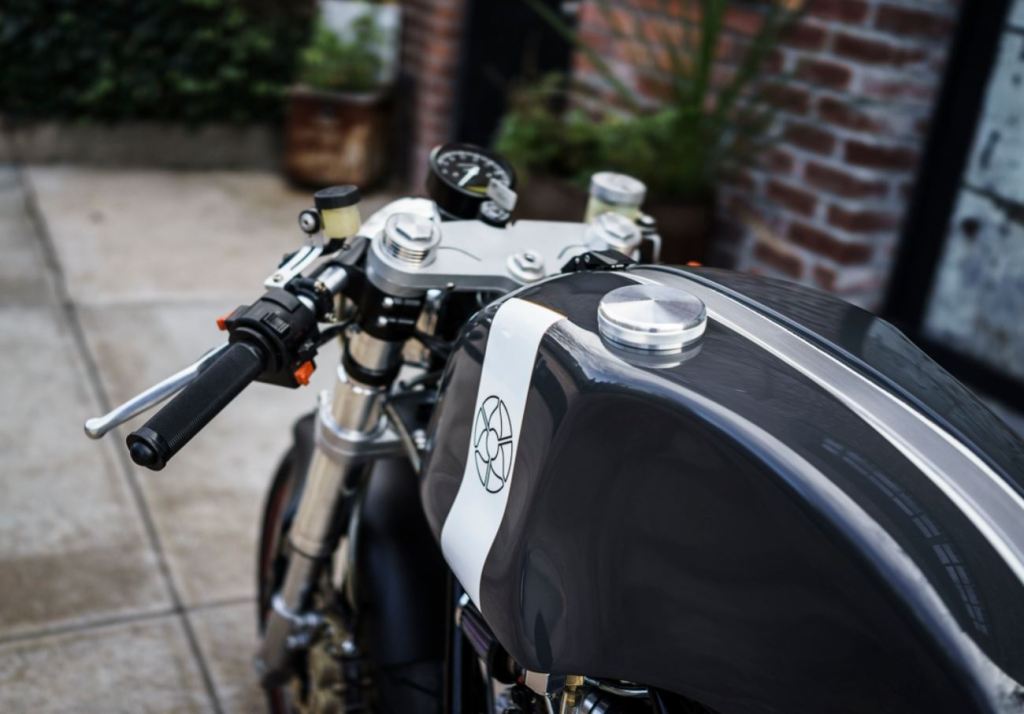 This must be satisfying to build all of these four bikes…boom, boom, boom.
Oh yes, absolutely.

You’ve said about the Leggero, “I wanted to use classic sport/racing design elements that are clearly recognizable.” Can you elaborate a little bit on this?
What I meant with that is that my frames and my tanks for example… have the silhoutee of an 70s NCR racing tank…so I created a shape that has a visual connection to race bikes of the 70s and 80s. The frame design is related to the Verlicchis from that period as well. Verlicchi was one of the companies that built race frames for Ducati at that time. 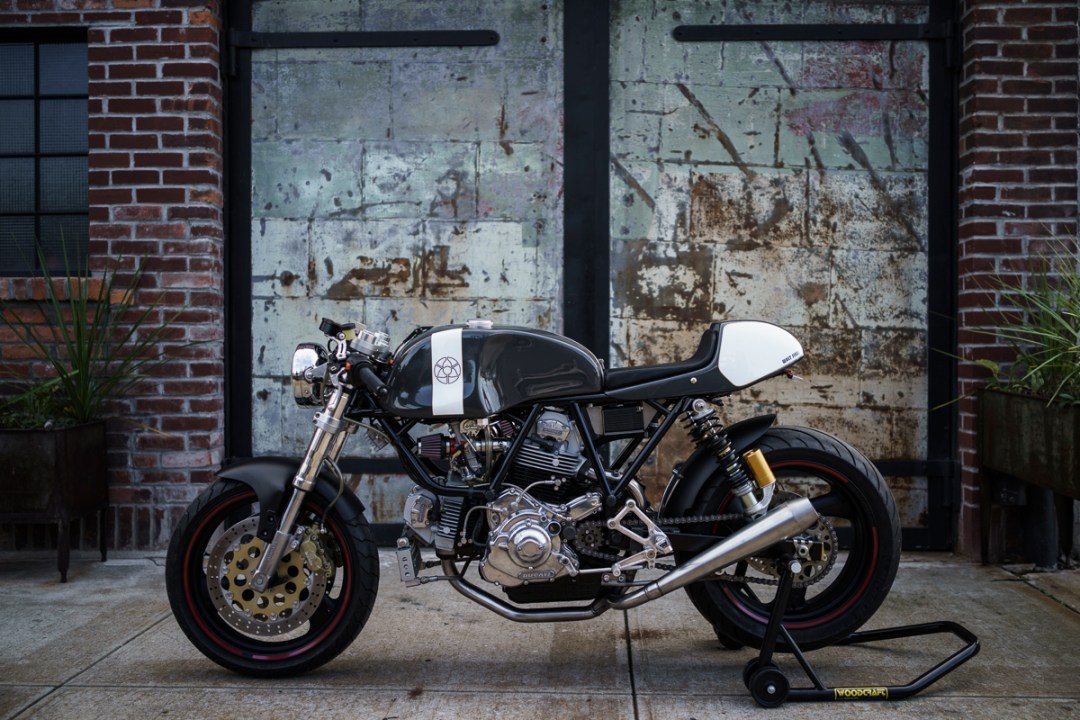 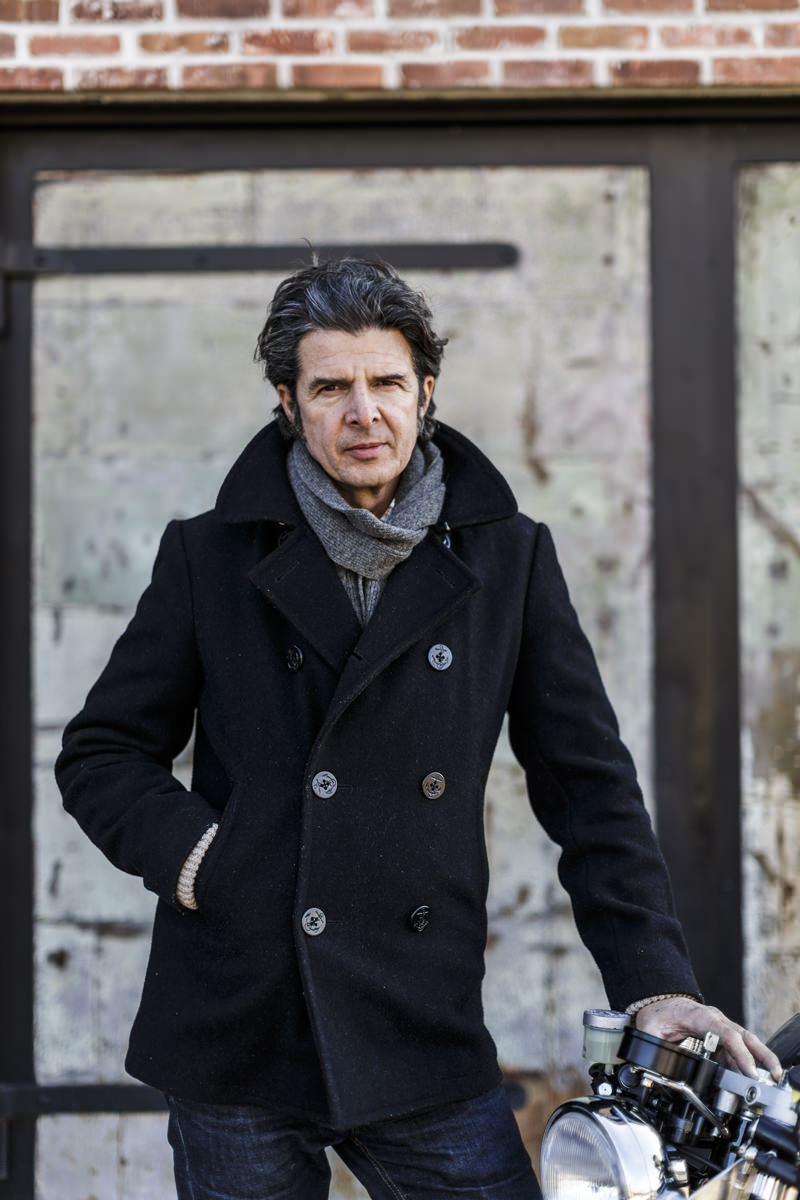