Detroit based photographer/videographer Patrick Daly has this great saying, “Potential is nothing without performance.” Truer words never spoken. 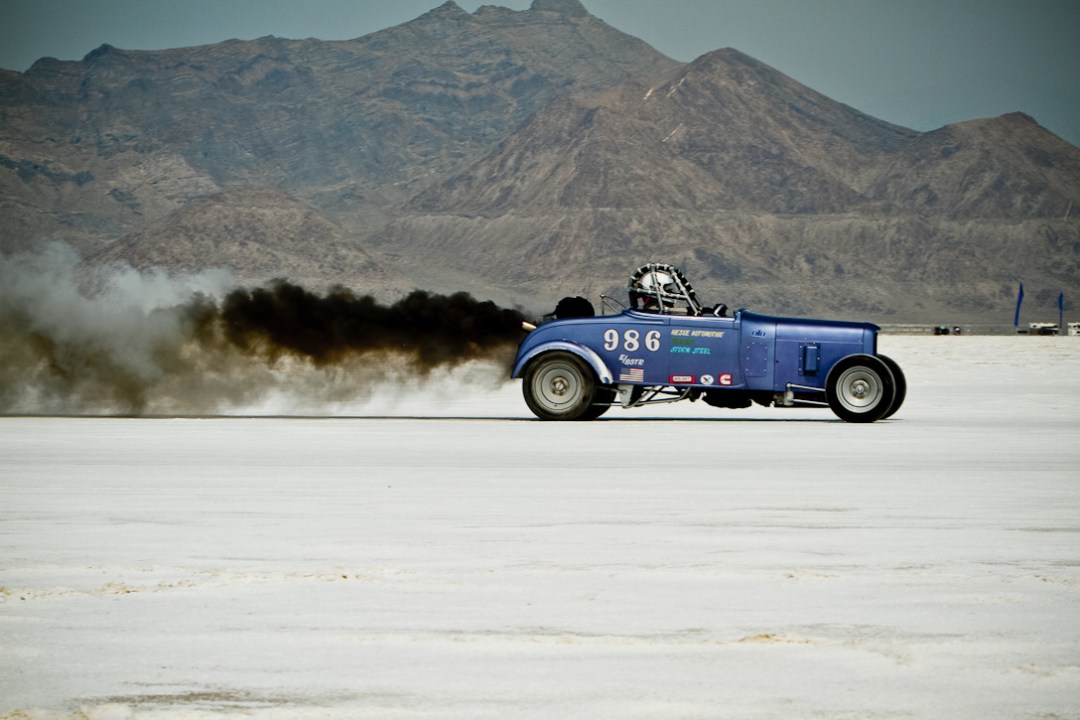 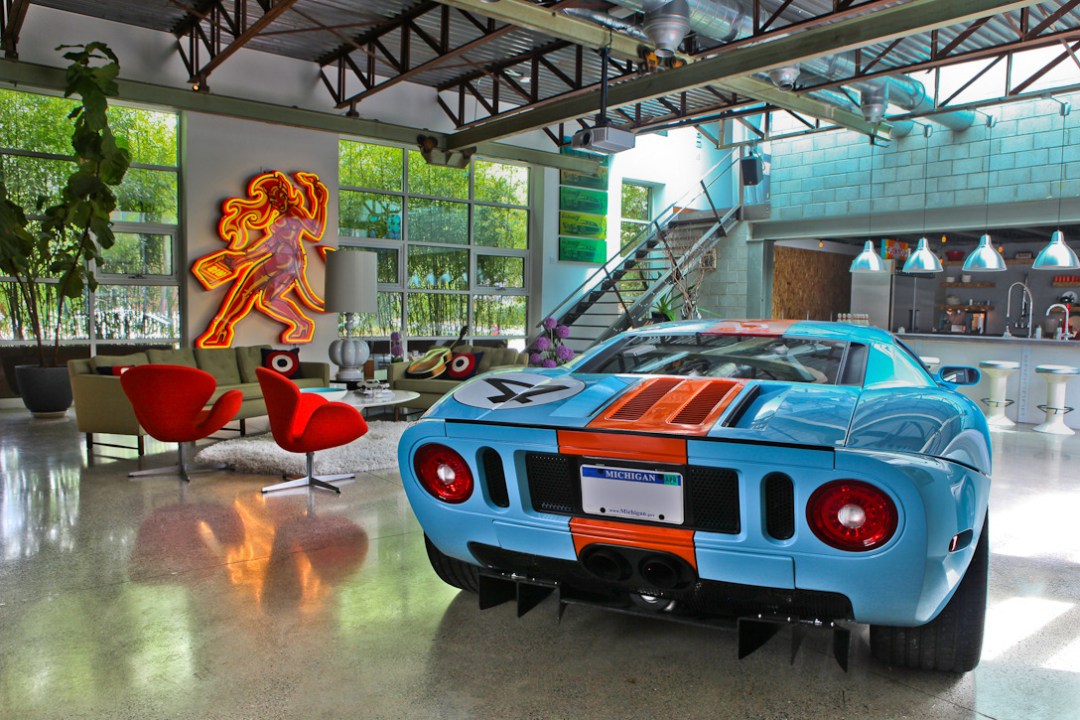 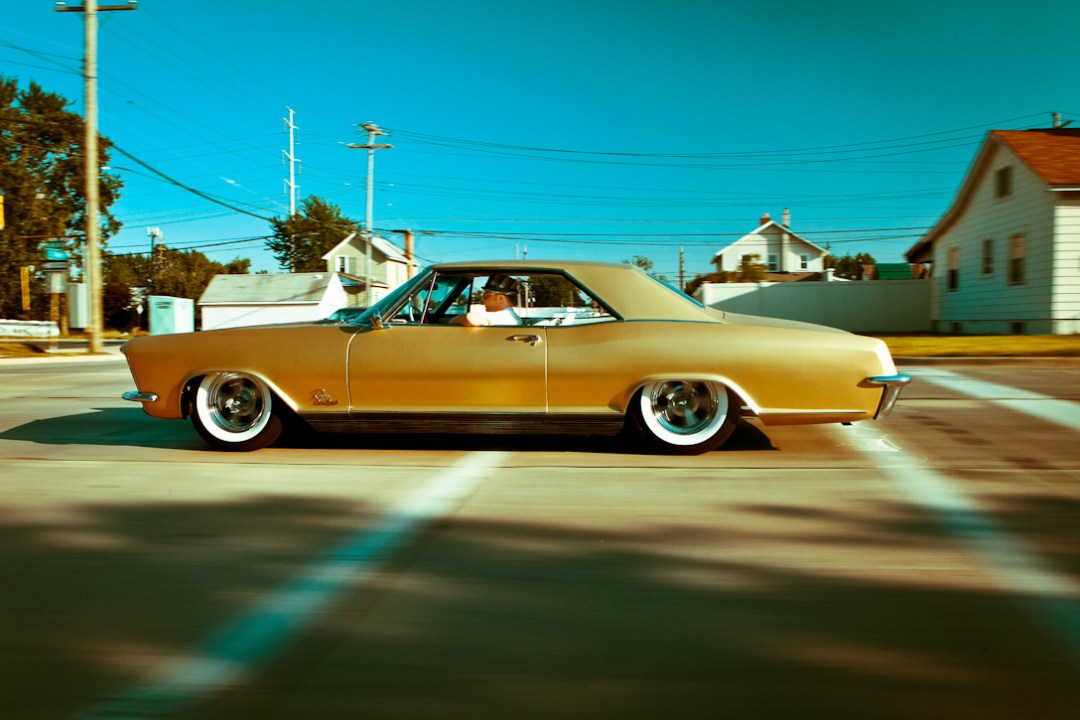 “I try to approach a lot of shoots like pro sports photographers who have to know the game, anticipate what the next play is or could be, and then get an exciting, perfectly timed photograph. It’s a lot to manage but if you do your homework than you’ve done everything you can to prepare.”
– patrick daly

About Patrick:
I grew up on the East Coast in Connecticut and I’ve been into cars since I can remember. I never really picked up a camera much as a kid, I always preferred drawing but, when I was attending the College for Creative Studies (CCS) in Detroit for Product Design, I started shooting a little bit with a 4.0 megapixel Olympus Stylus. I found out about press passes and that with a little bit of creative writing I could find my way into some pretty cool Superbowl parties thanks to my imaginary school newspaper. Looking back, this probably wasn’t the smartest idea but fortunately I didn’t burn any bridges along the way. I found my way into the Playboy Party with my press pass and I’d end up making a few contacts and scoring an internship at a small car magazine in town. This was 2006 I’ve been doing photography ever since.

Currently I live about 20 minutes north of Detroit and I work at Gibbs Sports Amphibians in Auburn Hills, MI, as the staff photographer/videographer for the High Speed Amphibious vehicle developer. I also do freelance photography for a number of automotive and hip hop magazines and websites. 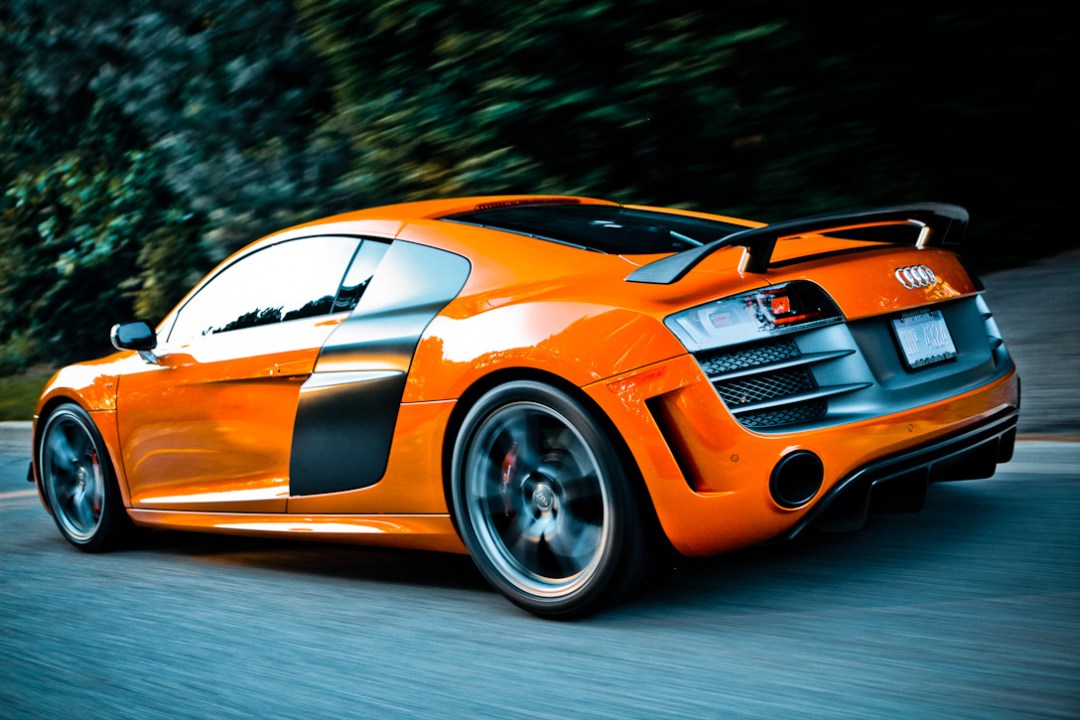 Capturing the moment – how do you know where you need to be for a particular shot?
This goes back to the last question about searching for drama. If you take the time to really understand your subject with the intent to consciously craft a story, you’ll be able to anticipate shots, understand what the lighting is going to do, and really prepare yourself to capture the moment, if and when it comes. I try to approach a lot of shoots like pro sports photographers who have to know the game, anticipate what the next play is or could be, and then get an exciting, perfectly timed photograph. It’s a lot to manage but if you do your homework than you’ve done everything you can to prepare. Some days the play comes your way and sometimes it doesn’t. Obviously this pertains more to event coverage or journalistic work but the message is still there, do your homework and control what you can. The rest will fall into place.

From your experience, have your best shots come from perfect planning or accidents?
I’d say it’s a pretty close split. I prefer natural light over strobes and a lot of times you don’t get to pick the time of day you’re shooting so you’re bound to get a few happy mistakes with the sun changing locations throughout the shoot. 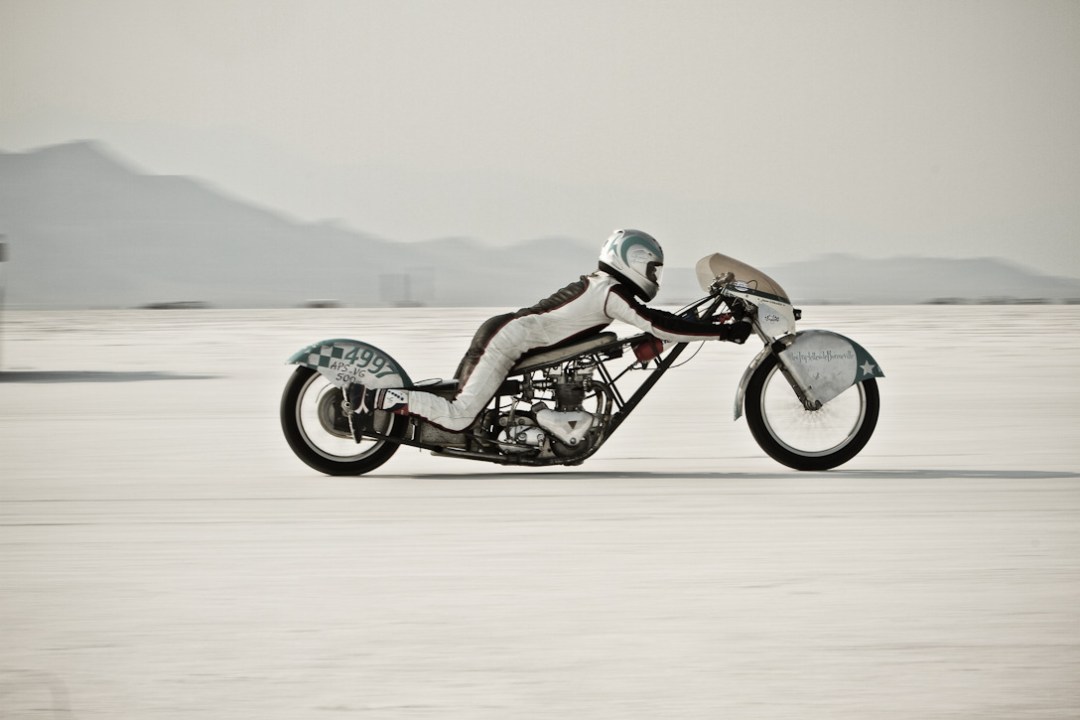 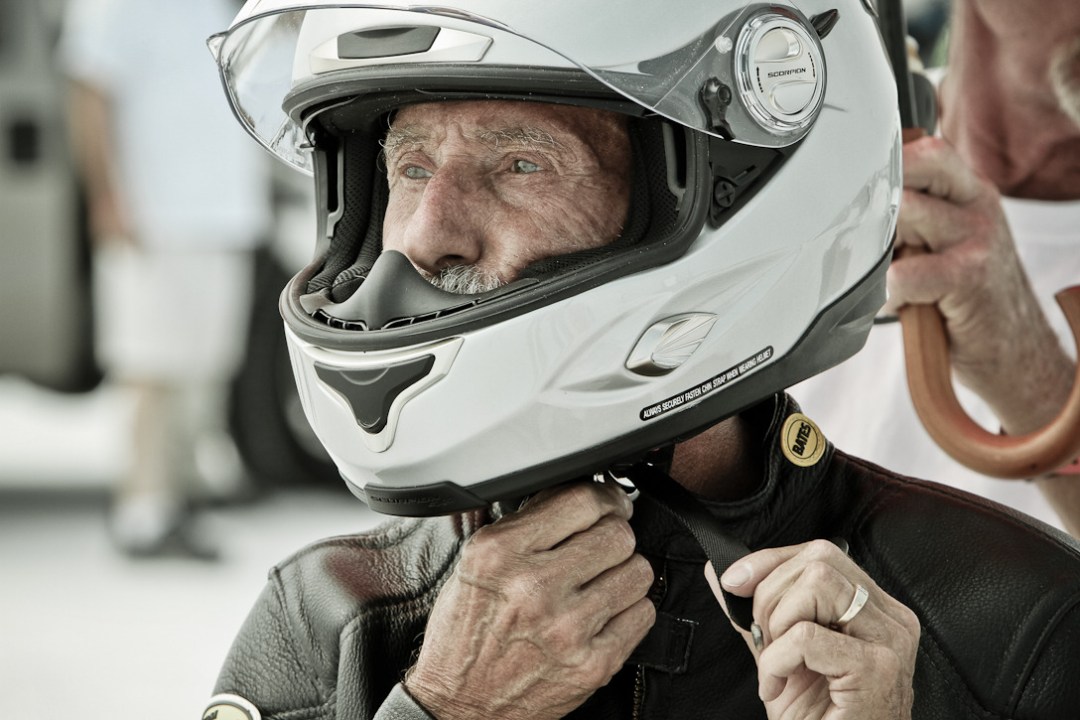 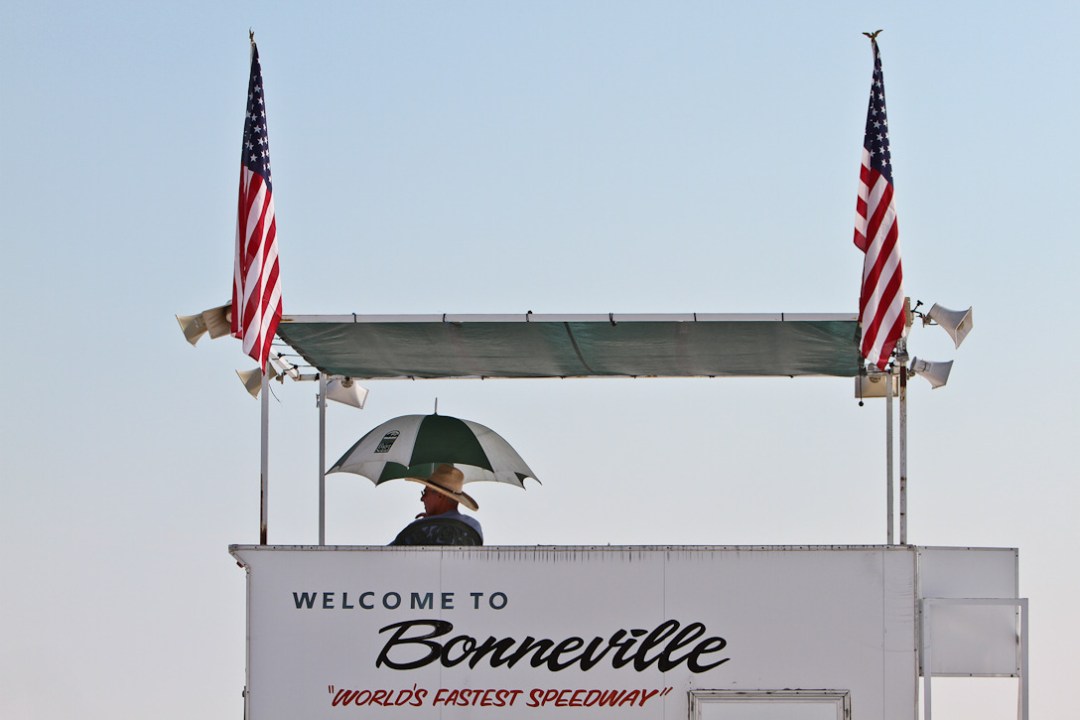 You were at Bonneville Speed Week this year. How was that experience?
Bonneville was unbelievable! I literally studied photos all week leading up to Bonneville and nothing can prepare you for how awesome it is from a visual standpoint. The size of the sky and just looking for miles and miles and not seeing a building is just so mentally satisfying. Everybody was so welcoming and the cars were phenomenal and there aren’t too many words that can really sum up a sunrise at Bonneville. You just have to see it for yourself.

“A lot of times the images have a tension or mood that grabs you and takes hold of your mind for a minute. The image doesn’t have to be technically sound or shot with a 40mp Hasselblad to be a great shot, it just needs to grab a hold of your eyes and make you feel something.” 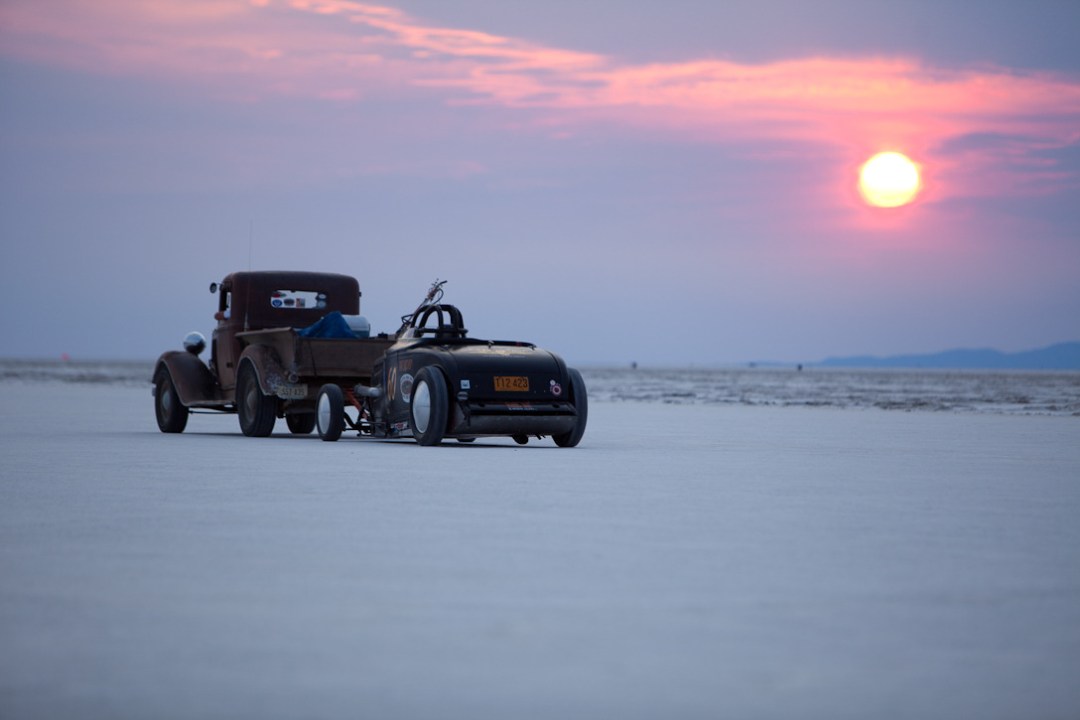 The thing that caught me by surprise at Bonneville was the booming sound of those cars and motorcycles going down the course. What surprised you most about being there?
I think what surprised me the most was the variety. You have big budget operations with beautiful haulers and then you have the guy who rents a truck from UHaul and builds a makeshift workshop in the back. Its amazing to see garage built vehicles beside big budget teams and I don’t know of any other racing event like this. 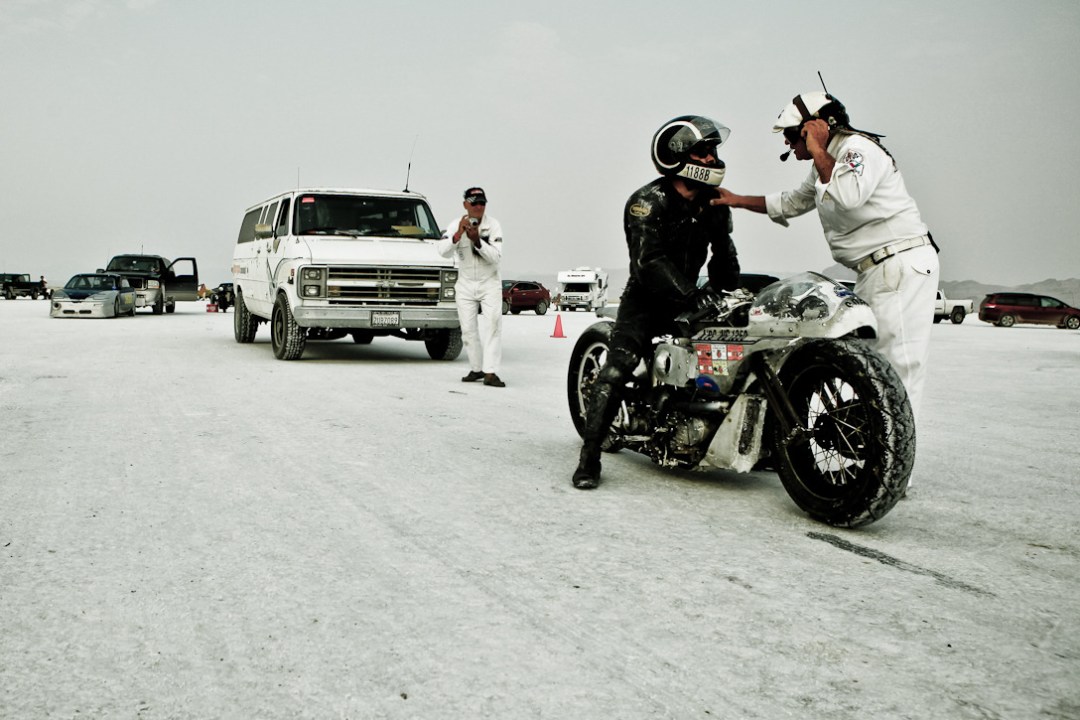 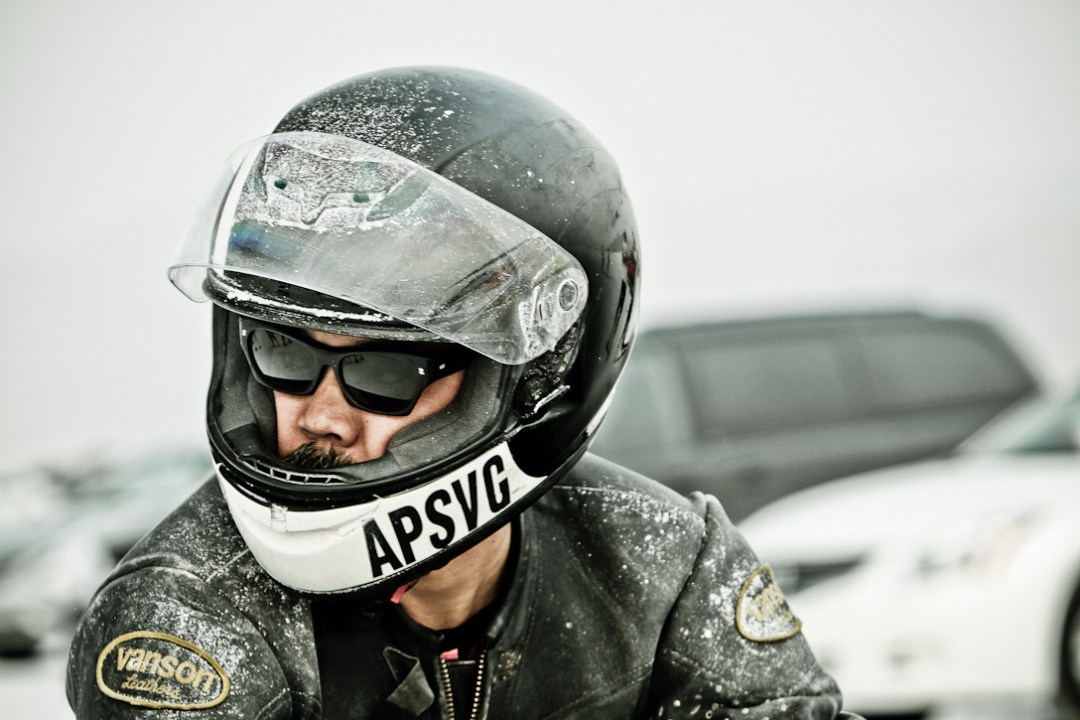 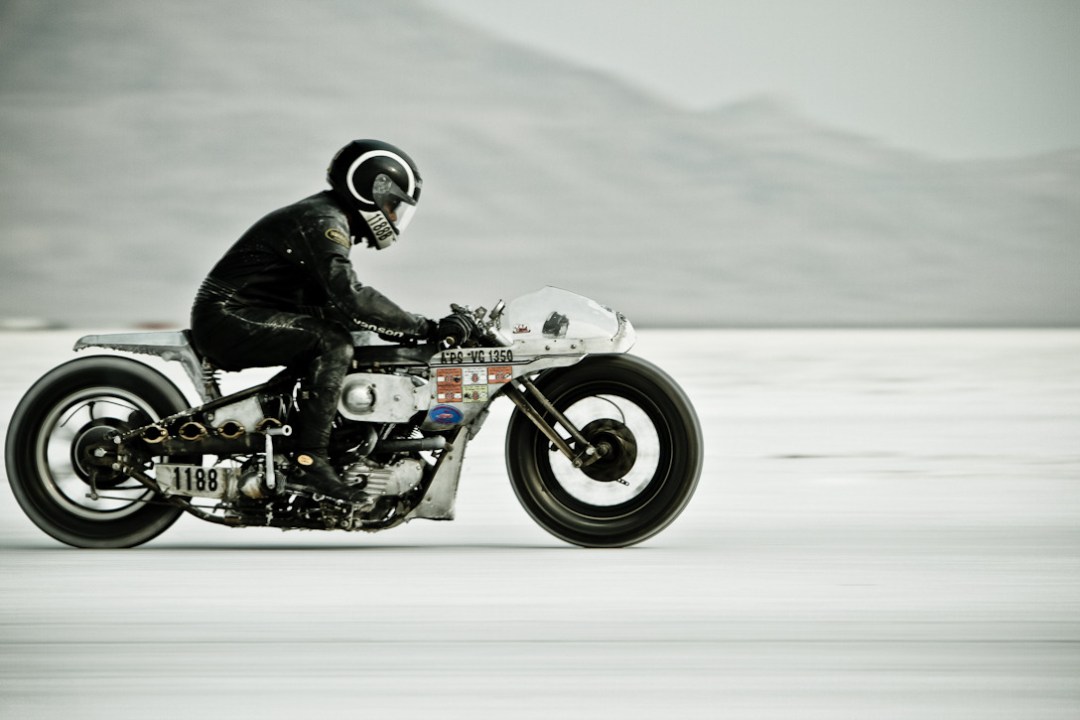 While you were at Bonneville, you took some excellent shots of Shinya Kimura. Was that the first time you met him?
Thanks, yeah it was that first time I met Shinya. He was really nice and his whole set up was just cool to me. Obviously his bikes are artworks in their own right but even his sticker covered van was pretty awesome.

If you could shoot any event in the world – what would that be?
It’s a toss up, I think 24hrs of Le Mans would be an awesome challenge. There are so many story lines within one race and just the challenge of shooting for an entire day straight would be fun. And this might be goofy to some but I would love to shoot a Monster Truck Rally. I never went to one until my 23rd or 24th birthday and it’s just a riot. 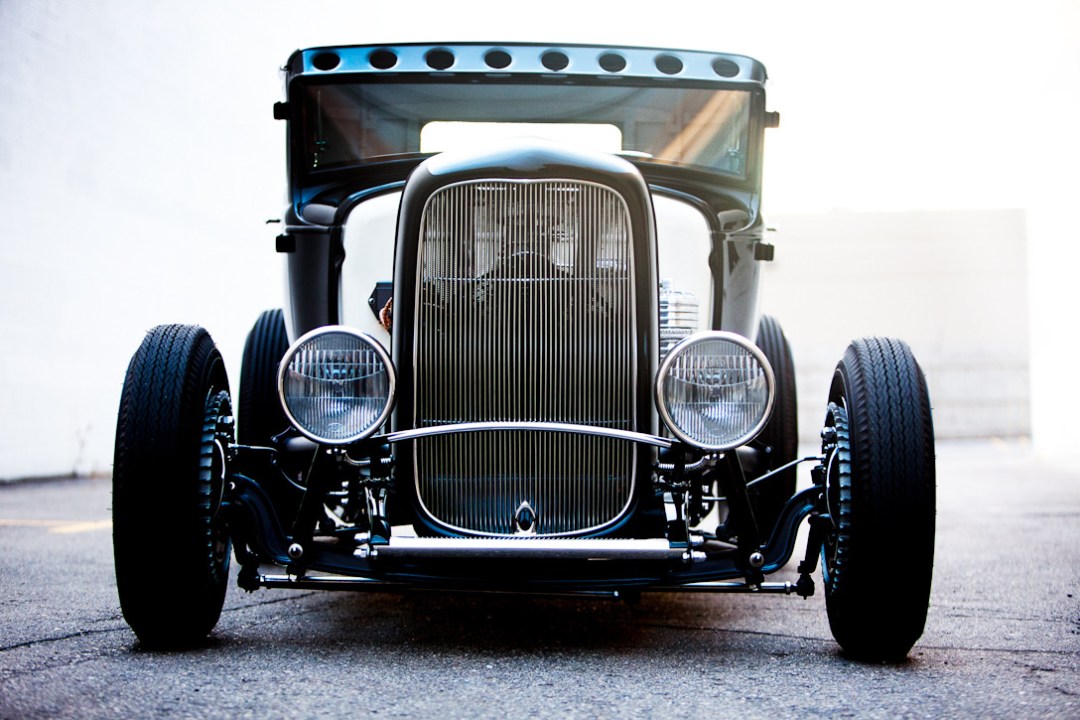 How have you evolved as a photographer/artist from your first days at this craft?
In 2006 I bought my first DSLR, a Canon 20D, and I’d say that that summer stands out to me as the real starting point of my life in photography. I literally knew nothing about photography from a technical stand point and I sure has heck had no voice or message behind my photographs. I wasn’t creating a story through the camera, I was just pressing a button on a fancy piece of technology I knew very little about. I’d hope that by now I’ve evolved into a more technically sound photographer as well as a storyteller of sorts.

What’s your idea of a great shot?
I’ll go back to the drama that Peggy talks about. A lot of times the images have a tension or mood that grabs you and takes hold of your mind for a minute. The image doesn’t have to be technically sound or shot with a 40mp Hasselblad to be a great shot, it just needs to grab a hold of your eyes and make you feel something. Obviously this is easier said than done but I think you know when you see a great shot. 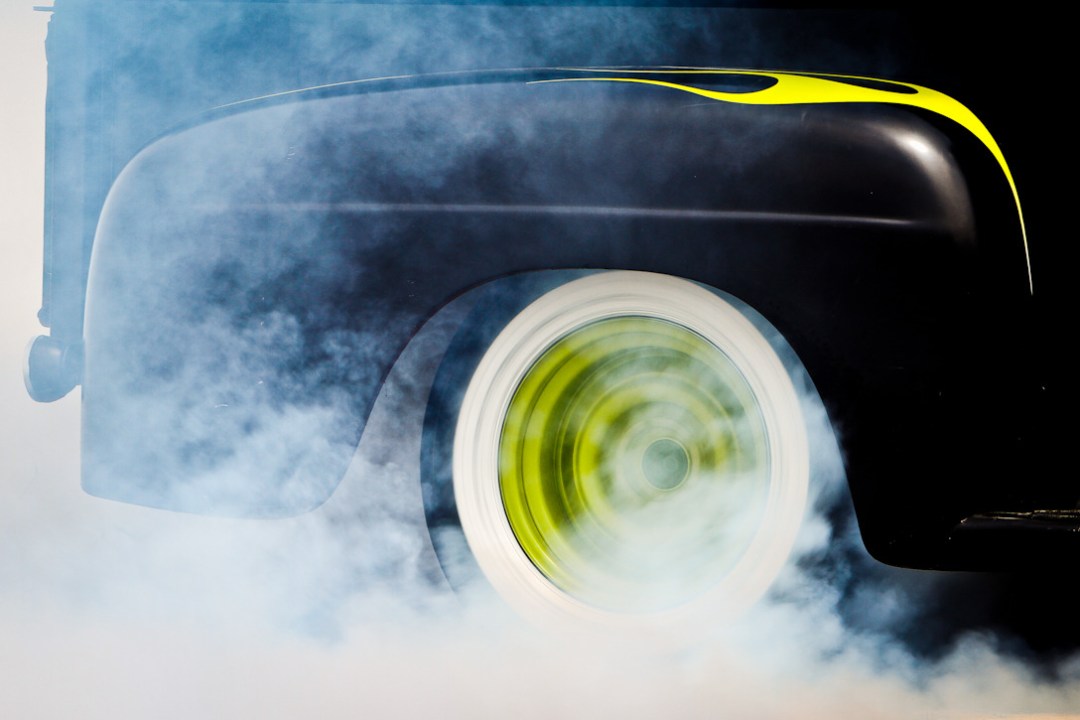 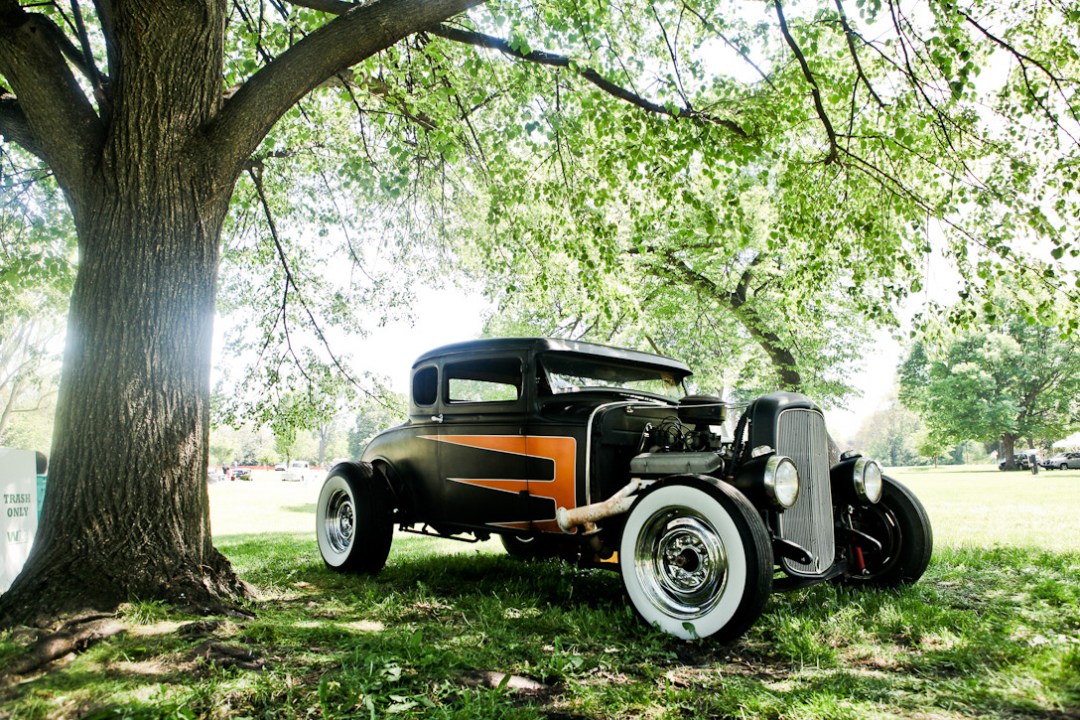 Most challenging shoot you’ve ever done?
It really shouldn’t have been a challenge but I was shooting a concept car for a magazine and the car was inside the auto show in Detroit. I wanted to light it with strobes and didn’t know at the time that you don’t plug in strobes at the auto show without help from a Union worker. Union workers also don’t work for free, even if the plug is easily accessible. I figured I’d swap over to my battery pack and make due, little did I know, I hadn’t used the battery pack regularly and it had sulfated. No power, no battery, no strobes, no good. Luckily the car was on a turntable so I shot long exposures while the car rotated and the shots came out looking decent albeit not the intended shots by any means. I learned quite a bit about testing equipment the night before after this debacle.

If you could shoot anyone from the past who would it be and why?
There are dozens of people I can think of but I’ll go with the one that came to my head first, Marilyn Monroe. She was just sexy in every way, haha.

You have 30 seconds to leave for a shoot – and can only bring one camera and lens – what would that be?
Probably the Canon 5D Mk II and my Canon 24-70mm 2.8L. This is a pretty versatile setup and 24-70 covers a decent focal range so I wouldn’t feel completely lost unless of course it was a “shoot an entire concert from the sound board” type of shoot. If that was the case I’d feel a bit lost without my 70-200mm.

Best thing about living in Detroit?
There’s a lot of things about Detroit that kick ass but if I had to narrow it down to one thing that keeps me from running off to LA or New York, it’s that I can create and experiment and try out different things without having to live in a closet sized apt. Maybe that’s lazy of me or shortsighted but I get a lot of enjoyment out of life and at this point in my career, Detroit provides the opportunity to get established and figure out what it is I really want to photograph, and what I want to say with my work.

Favorite mantra or saying?
I don’t know if I’d say it’s my favorite mantra but in high school I was the captain of the tennis team and just a few years younger than our coach. I was feeling pretty bold one day and got into a nasty little shouting match with him and a few teammates who I thought were dogging it. I just remember going off about “Potential is nothing without performance” and how showing up to practice wasn’t enough, I wanted everyone to go out there and play until they were gassed. I often find myself coming back to my own advice when I start to lose focus or coast. Nobody is going to go shoot new pictures and chase down clients for me and if I want to make a lifelong career in photography, I’m sure I’ll come back to that memory again. (I’m just glad I don’t have to run those endless sprints again that I had to do after that little outburst.) 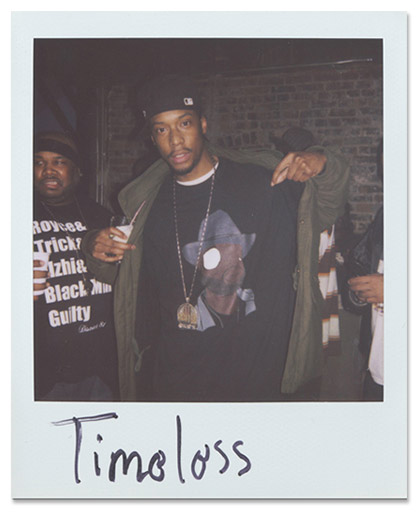 What are you working on now?
I have a few things going right now. I have a long term book project that I’ve been working over the span of a few years. It’s a series of Polaroids in honor of the late James “JDilla” Yancey, a legendary hip hop producer from Detroit who passed away from Lupus. The Polaroids feature local and internationally acclaimed hip hop artists as well as music industry players and JDilla supporters. Each subject was asked to write one word about JDilla on the Polaroid and the goal is to get them all scanned and into a book to supplement a travelling show I’d like to have. The project is maybe 80% done but I’ve run into a few different hurdles along the way. With any luck it’ll be done in the coming year.

Aside from that, I’ve been doing a few things for various motorcycle publications which is new territory for me and developed out of my own desire to build a cafe racer last year. I’d like to continue with the bike work and with any luck, buy a bike next year and shoot a road trip series. 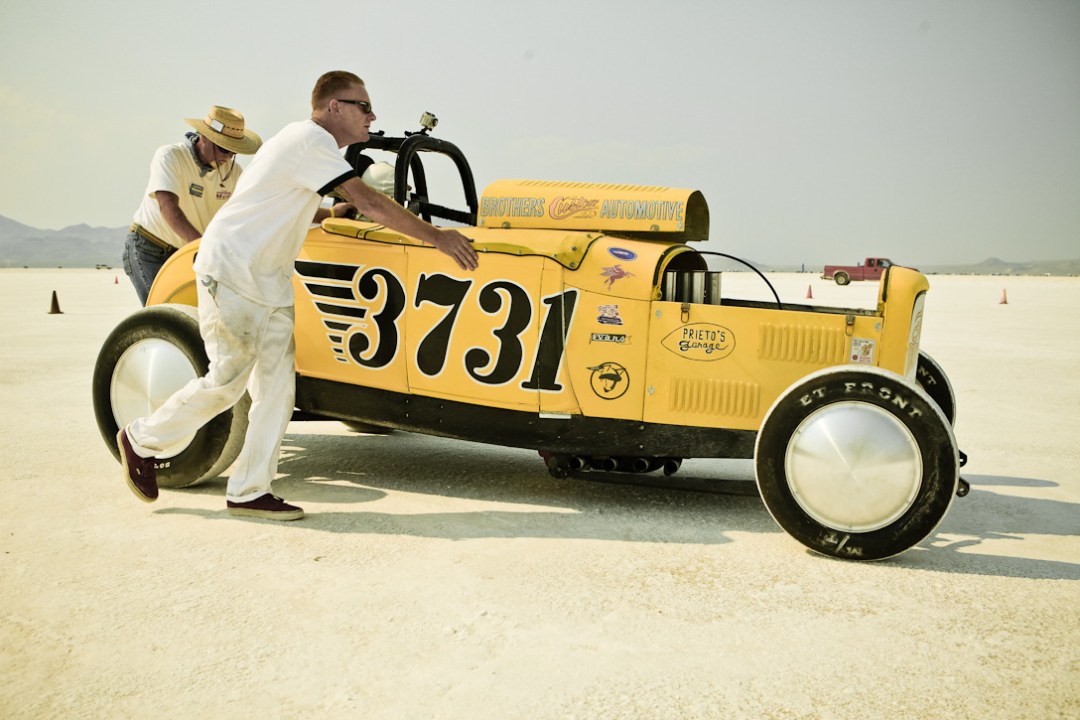 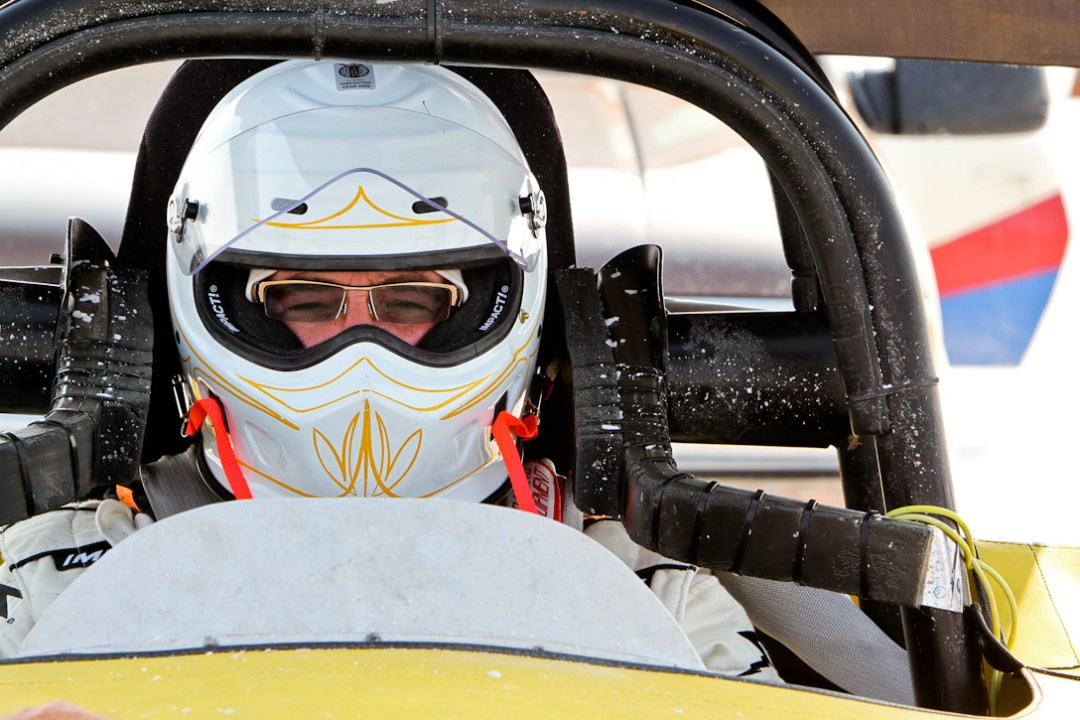 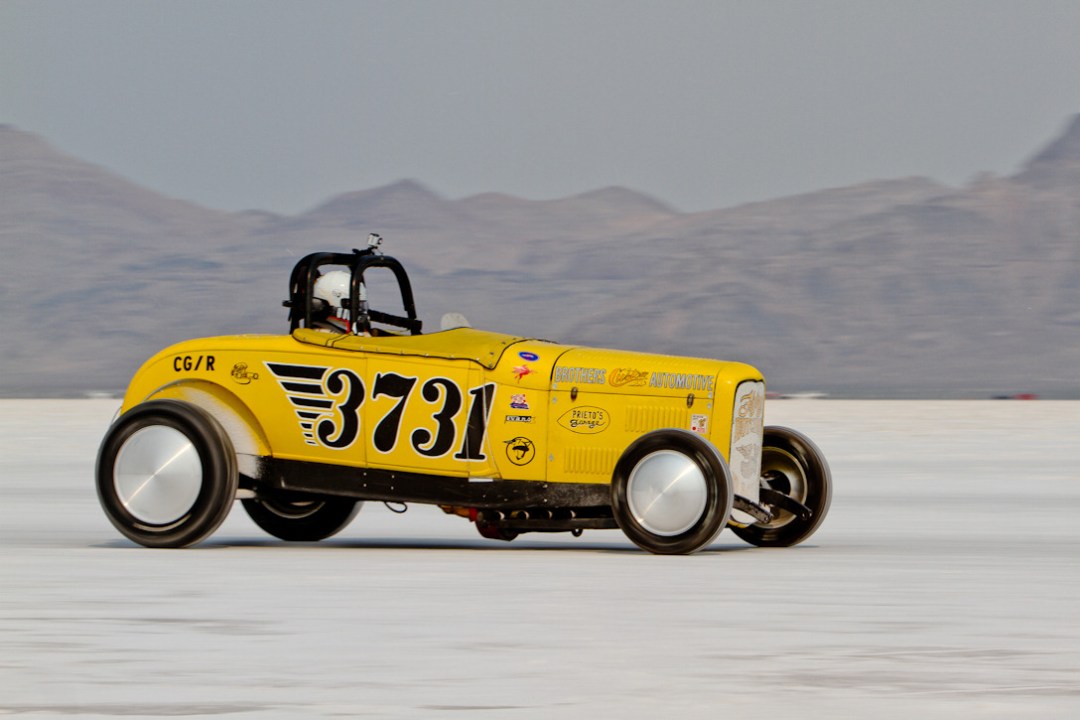 What’s next for you?
I don’t exactly know. I want to keep cranking on the projects I have yet to finish and maybe sometime soon I’ll get that chance to shoot some Monster truck action, haha.