Indonesia is not the first place I would go searching for custom motorcycle’s next important builder. But after seeing the variety of motorcycles coming out of Darizt Design’s shop, I think there’s going to be a few of us trying to figure out exact freight charges from Java, Indonesia. Agus Sudariswanto on the story behind his four-year old motorcycle business, and what he calls his “primitive” process. 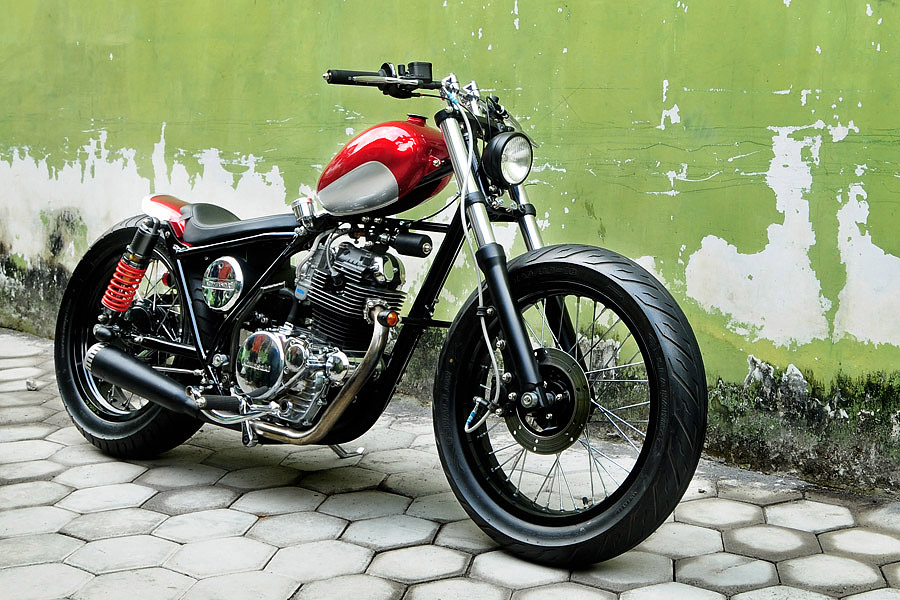 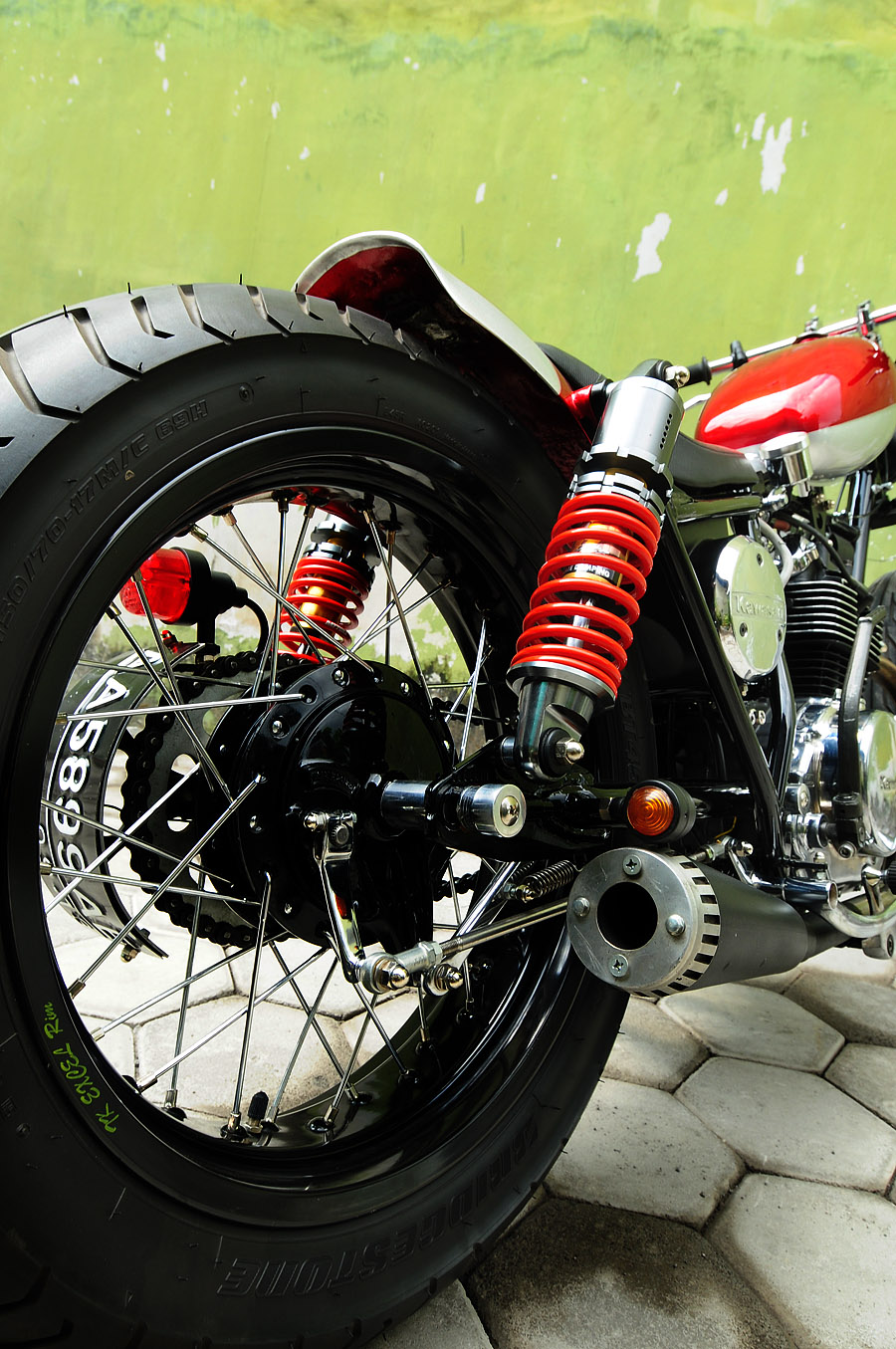 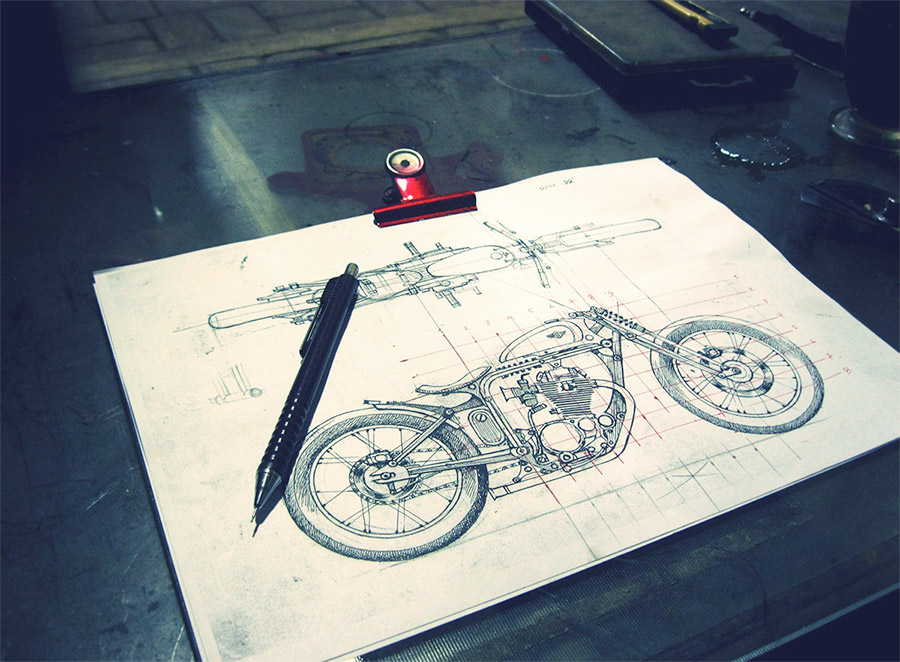 “I learned how to weld, how to use bench lathe, and refine my metal shaping techniques…five months later the 1st attempt was finished…and that is how I got into it.”
– agus sudariswanto

Can you tell us a little bit about yourself and Darizt Design?
My name is Agus Sudariswanto, live and grew up in the city of Jogjakarta in Java island Indonesia. I’ve loved motorcycles since I was a kid, and drawing is passion for me, as a kid from a poor family whenever I want something and can’t afford it, I draw it and always imagining how can I made it myself. 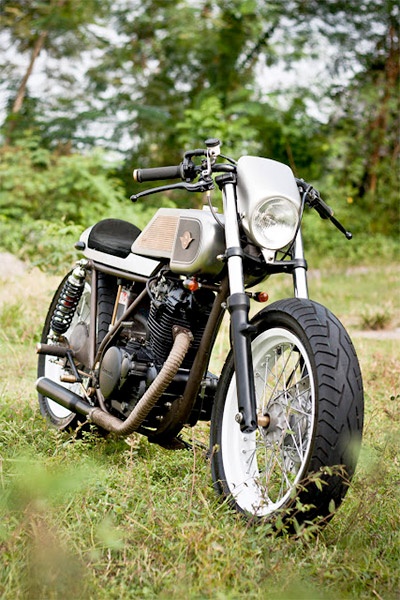 Back in my high school days in the late 80’s my parent bought me a Honda C70 that became my first bike…lowered the bike and painted it…which was a trend in those days.

Then I started to make custom bike from scaled model kit because I can’t afford the real bike. I graduated from university majoring in art…half hoped that my job would be as an art teacher but that never happened. All of my previous jobs involved drawing, from book illustrator, painter, model maker, airbrush artist to interior designer.

Darizt Design was an interior design contractor initially, a division from a bigger company, managed together with my friends. The name Darizt Design also came from my friend. I worked as a designer and production supervisor. In my spare time, I spent it drawing…more custom bikes and working on my own bike, because the company had the tools and labour. Financial problems forced this division to shut down. Being jobless for several months, eventually my old friend came and convinced me to build one for him. I said yes and started from scratch…I learned how to weld, how to use bench lathe, and refine my metal shaping techniques…five months later the 1st attempt was finished…and that is how I got into it. 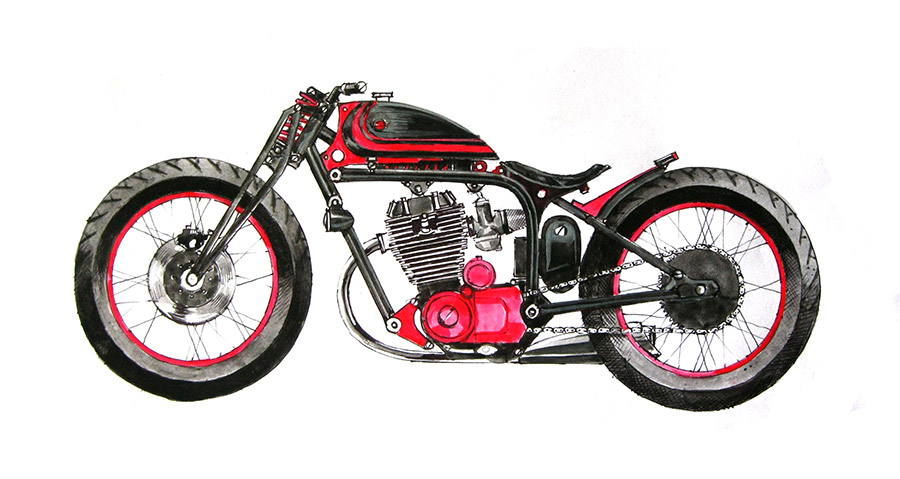 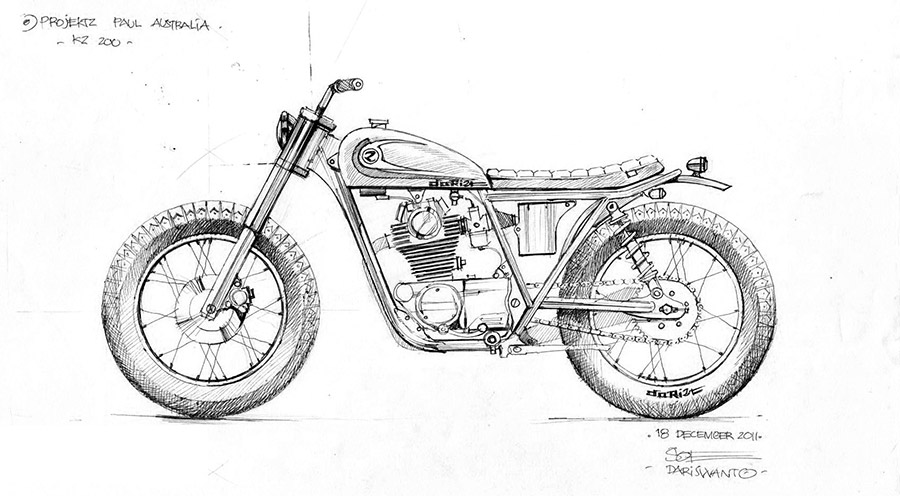 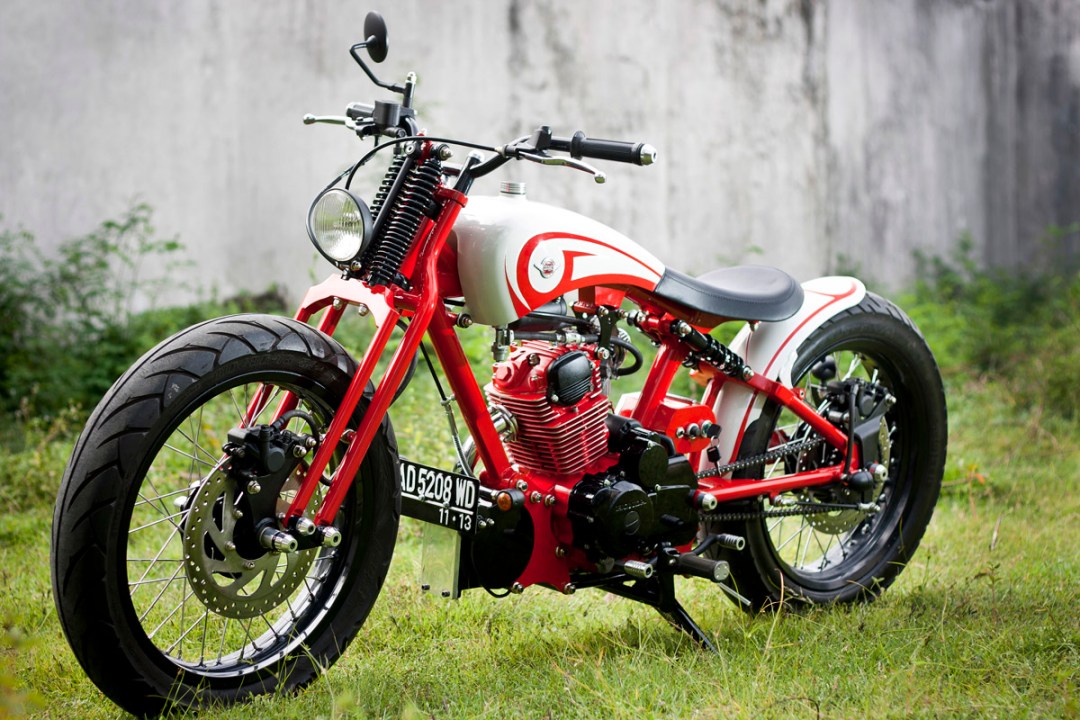 I’ll go out on a sturdy limb…with the range of bikes he’s got under his belt, Agus Sudariswanto is a budding rockstar custom bike builder. And to think, as of this date, not one of his motorcyles has been sold outside of Indonesia.”
– crash 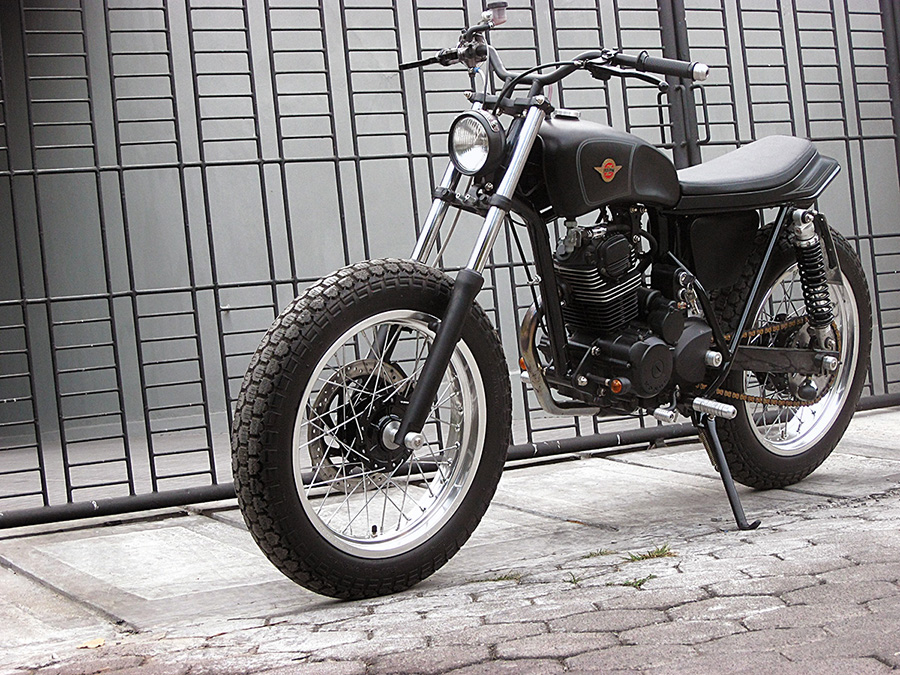 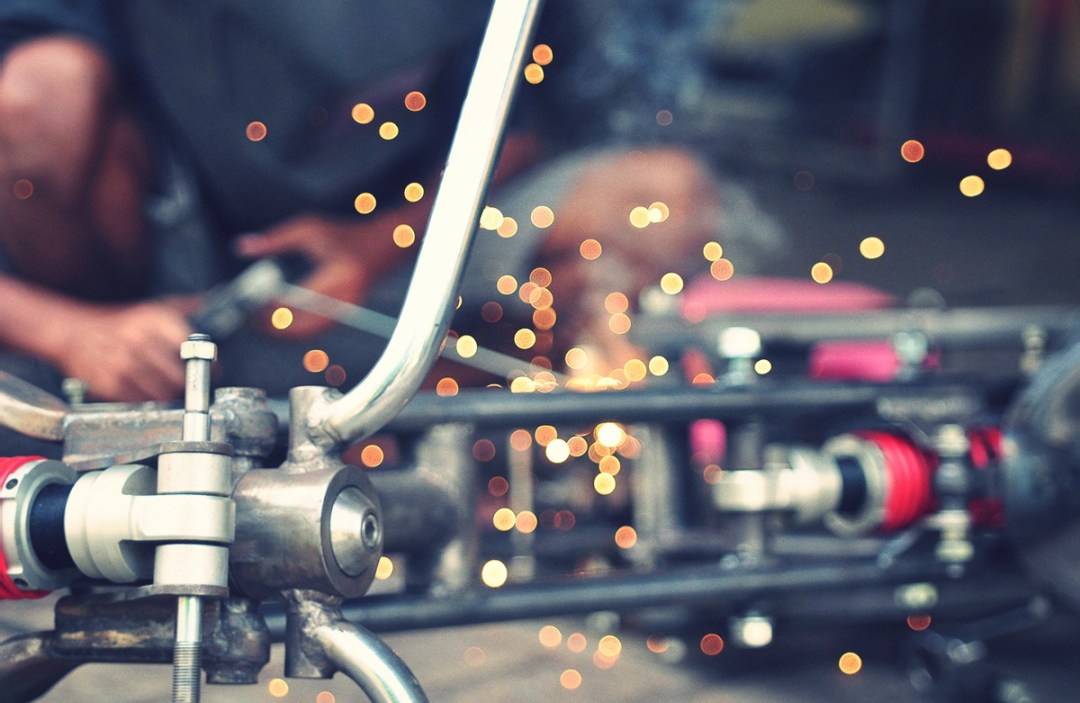 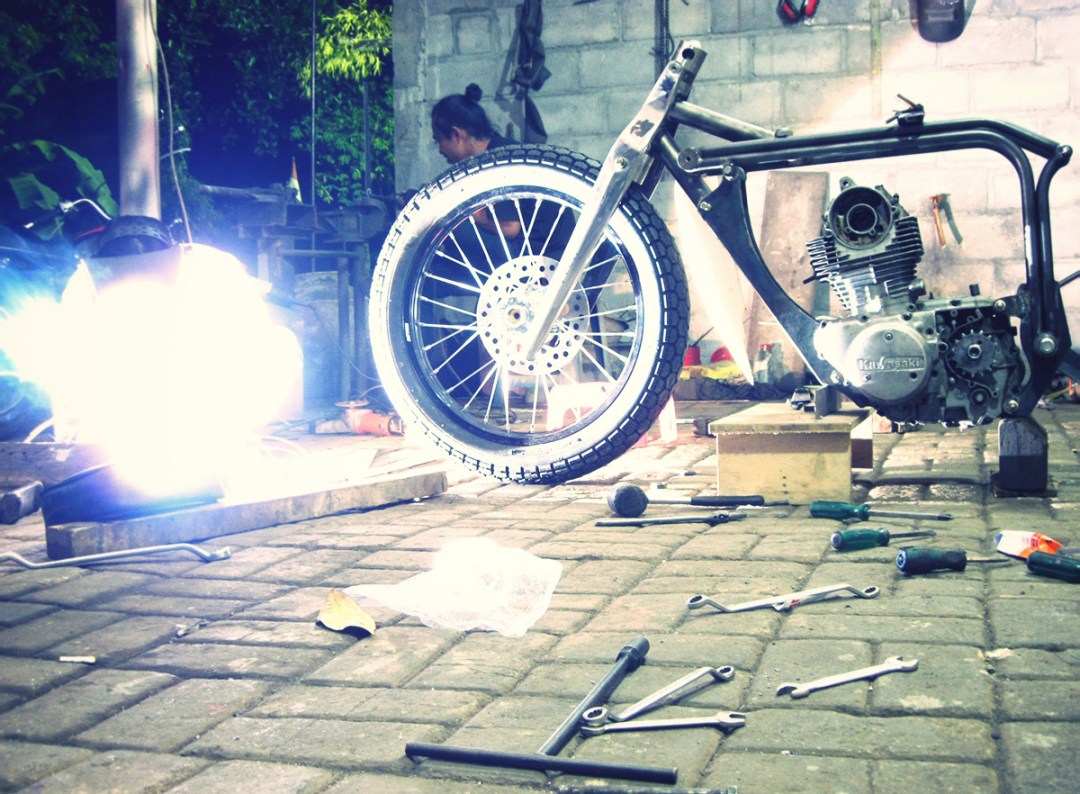 You mention on your site that your bike building is “primitive.” How so?
When I first started until now, I used tools and methods that are familiar for me. Even though it’s time consuming I enjoyed the process. I don’t have a frame jig yet to set up a frame, and have to measure it with threads. I’ve even used a living tree as a tube bender…but sadly I had to cut down the tree to make space for the garage

Do you give your motorcycles names? I see that they’re just called “Attempts” at the moment.
No actually, it’s up to the customer. Attempts for me reflected that there’s no absolute perfection…that I have to explore more, to learn more, to ask less and give more. 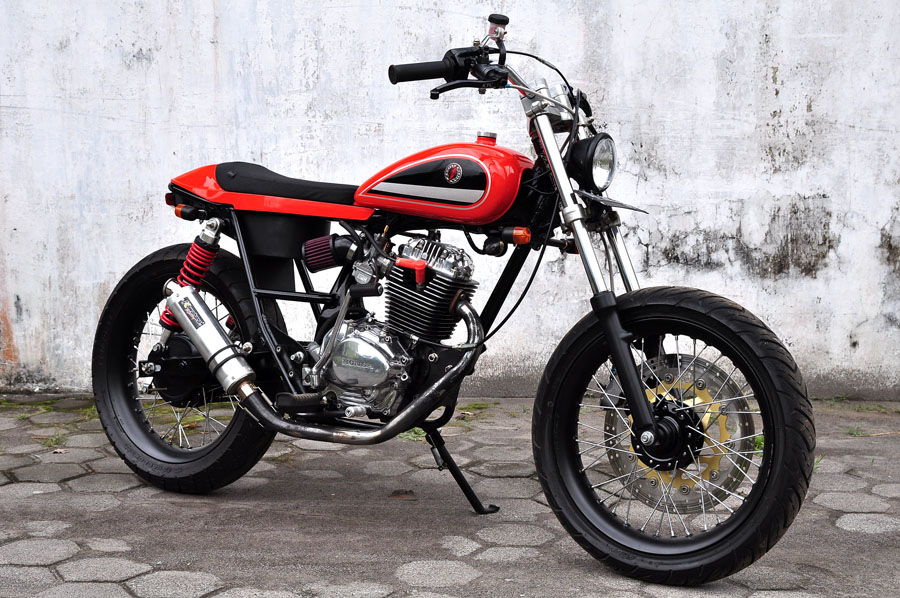 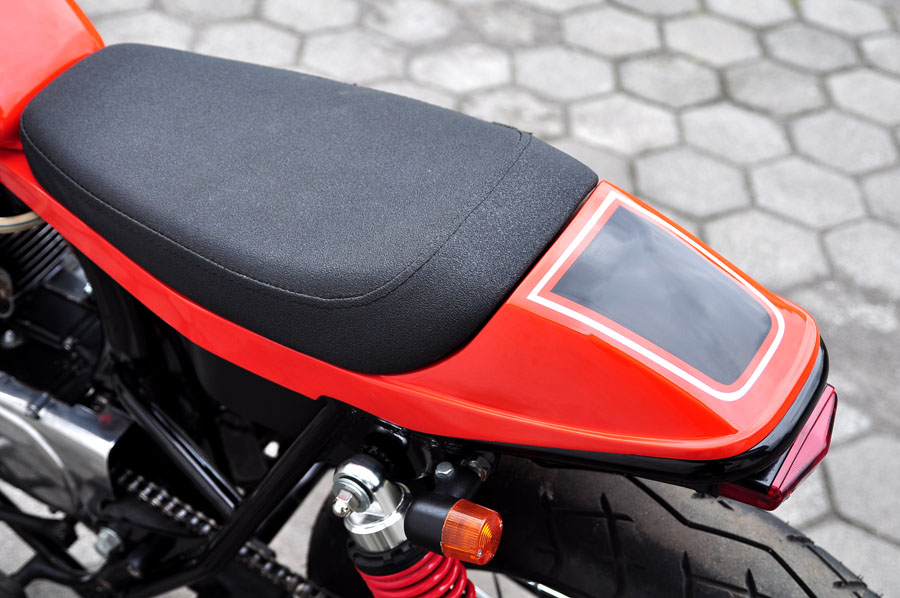 Detail on your motorcycles that you spend the most time refining?
Nothing particular…depends on the design, it could be the frame or another detail.

What’s the motorcycle culture like in Java?
Like all developing countries in Southeast Asia, motorcycles hold so much aspect in life, social and economy.
It’s everywhere and almost every family has one. We are more like a user nation rather than inventor. Bikes in the general market are less than 250 cc, anything bigger the tax will be skyrocket.

Have you sold any of your motorcycles outside of Java?
Outside Java yeah, but not outside Indonesia yet…I hope so… 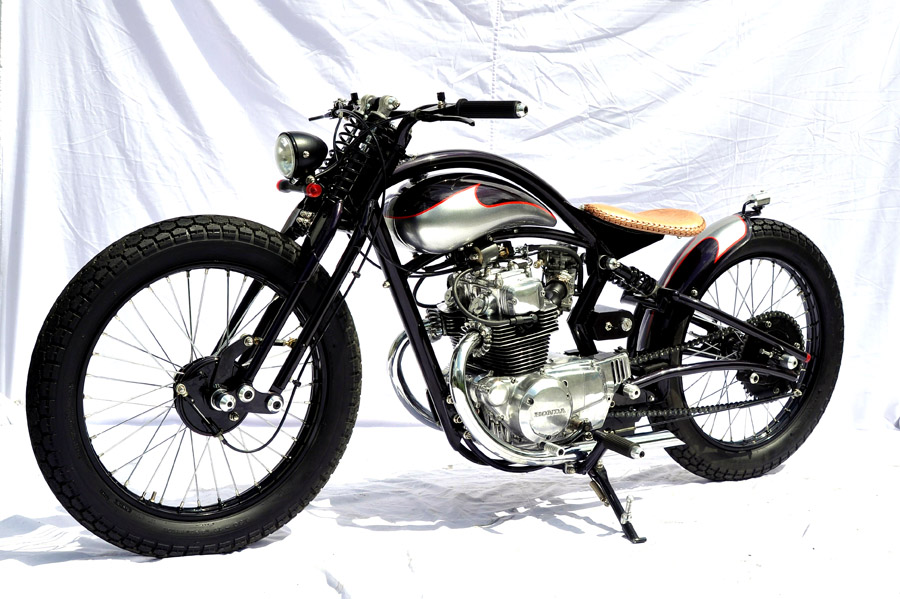 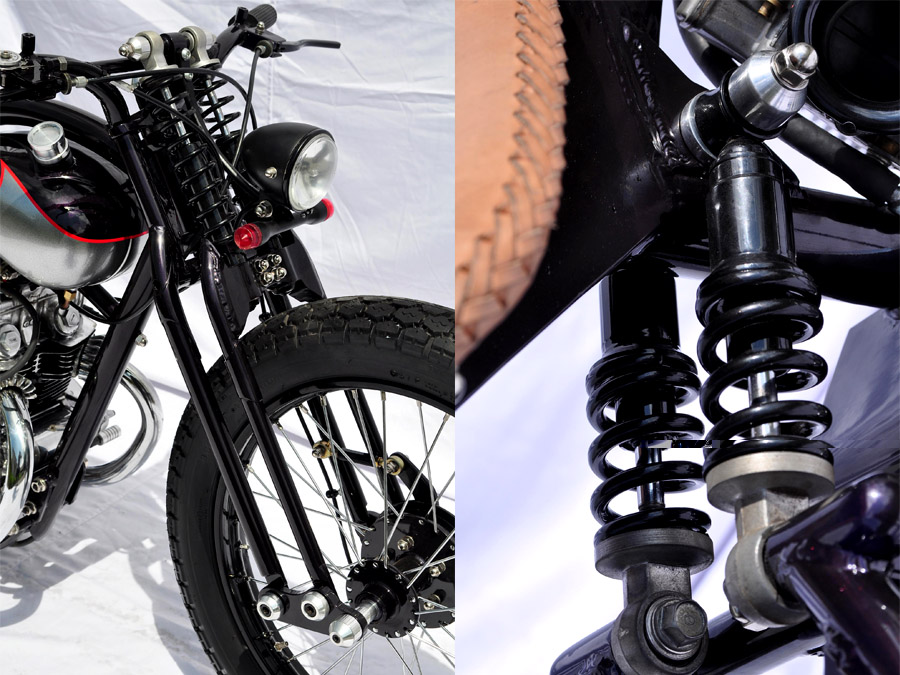 Regarding your engines, what engine do you use and who manufactures it?
My previous bike use Kawasaki KZ200 and Honda GL200 or CB/GL 100 as the base, and yes I have a dream that I could design my own engine, the exterior at least to use as the base.

What’s next for you and Darizt Design?
I don’t have a certain planning for the future..just let it flow and enjoy. 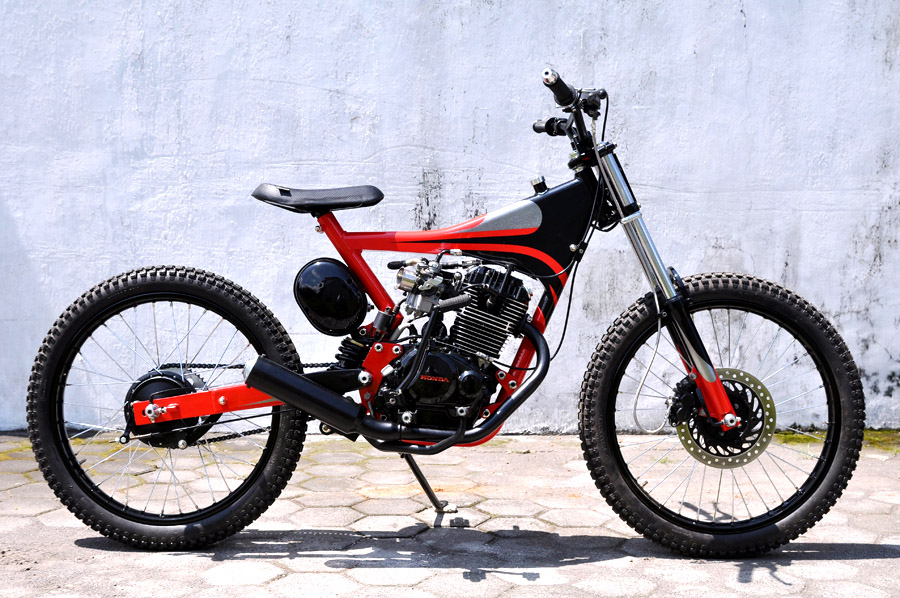 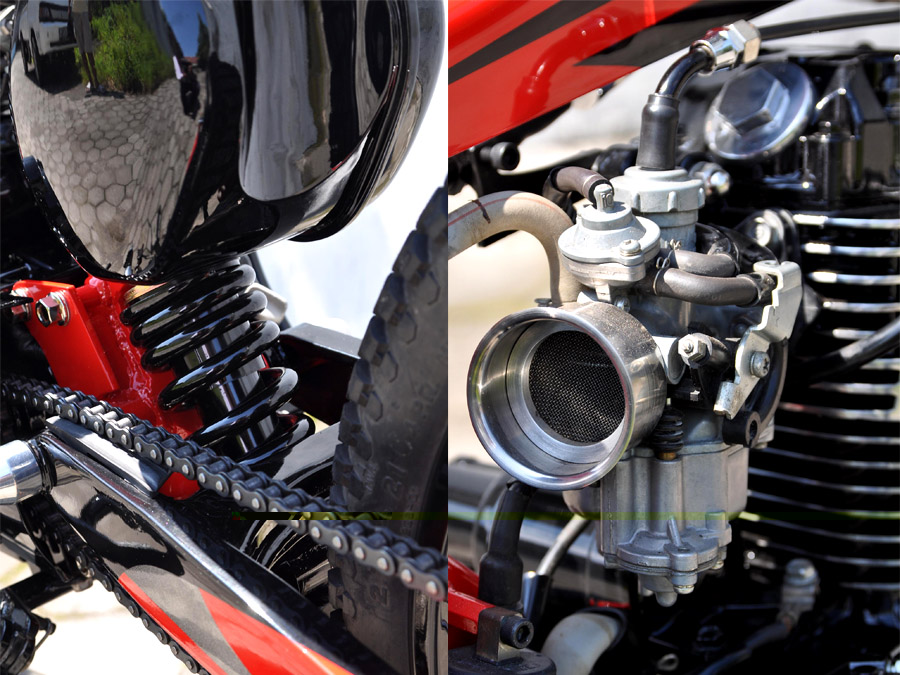 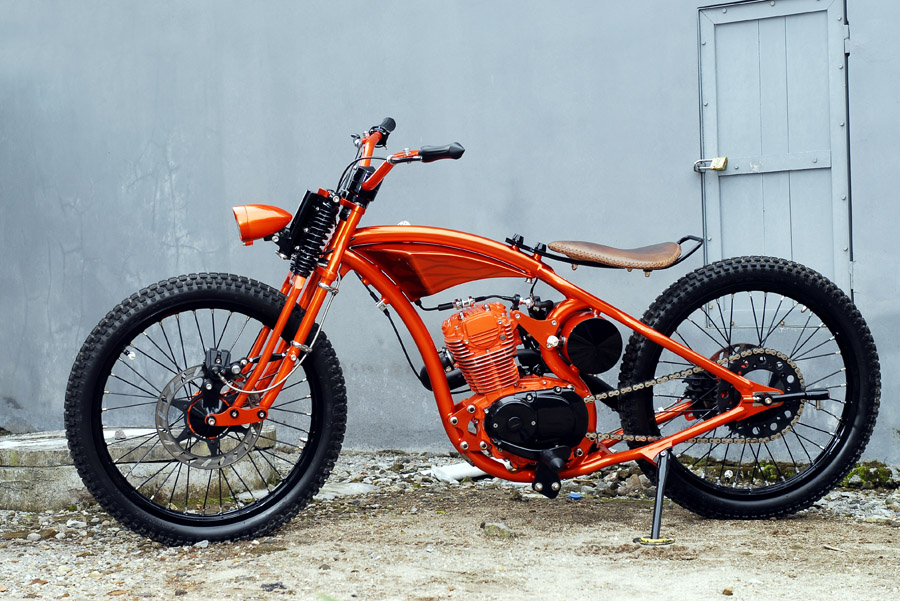 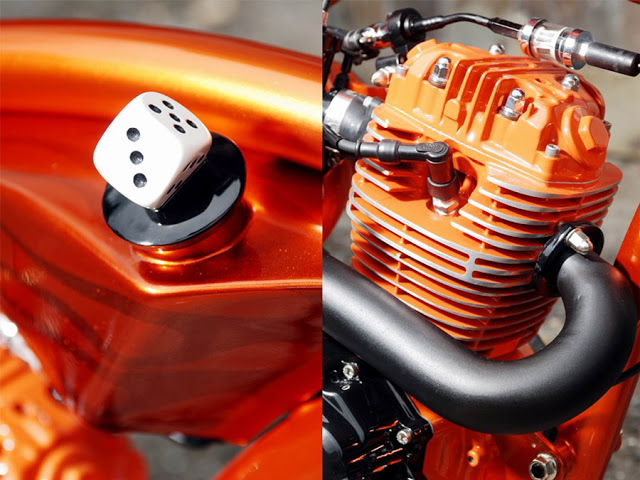