A motorcycle so dark and sinister-looking, it wouldn’t surprise me one bit if Darth Vader reserved one of these bad-boys. Bandit9’s Daryl Villanueva tells the story behind the “hand-and-eye” building of this bike, what it means to have an emotional connection with a machine, and his total belief that China is on the rise when it comes to creating quality products. 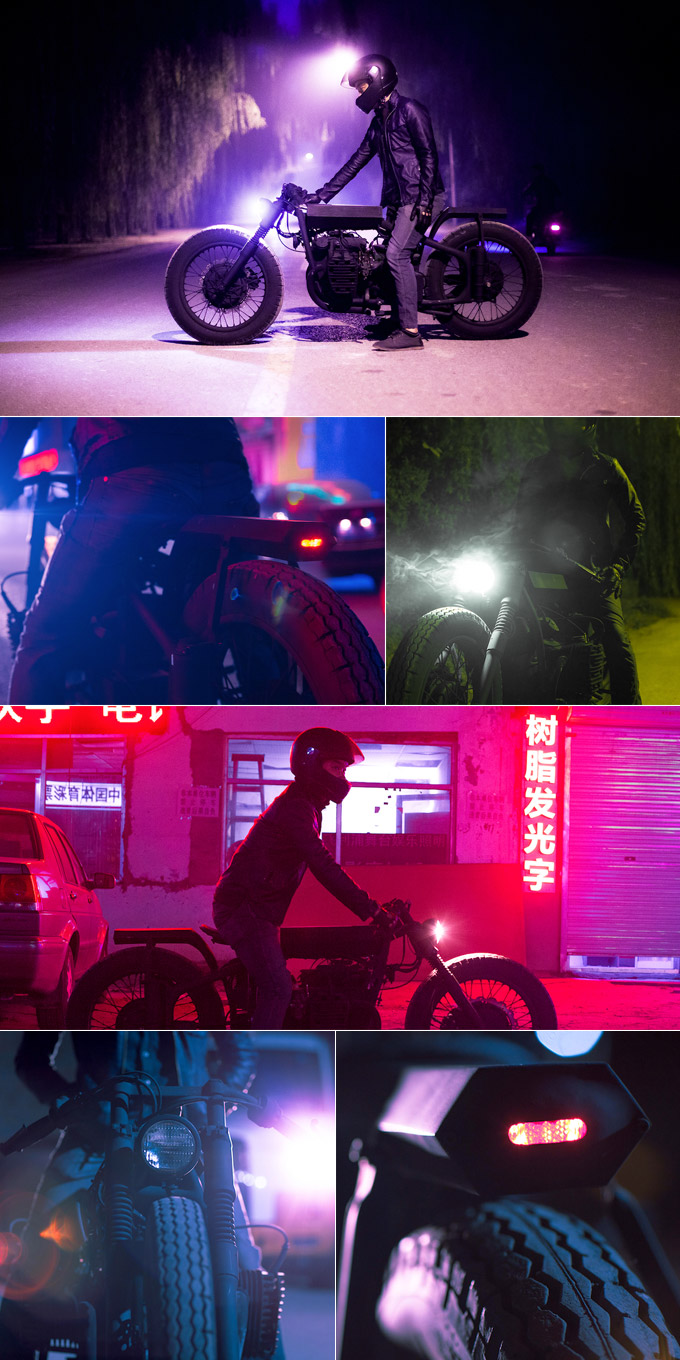 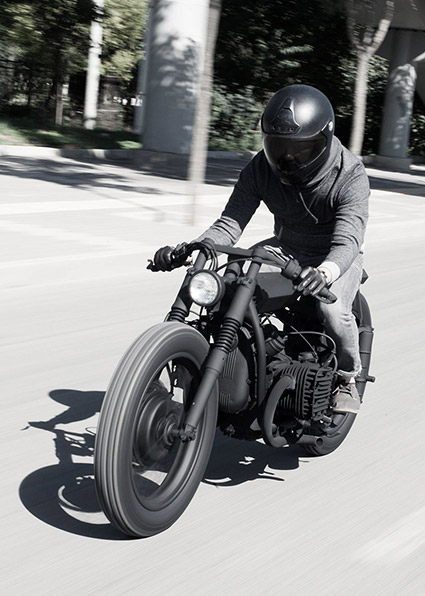 The frame was completely reshaped so that we could create a bike with an elongated body and a low, athletic stance. The original hexagon tank and fender were carried over from the original design but we’ve made some modifications, including tapering the overall shape, making it slimmer than the original. We refashioned the gas cap to make the bike’s silhouette truly flat. There’s a gentle curve on the rear fender and this time, it’s directly welded to the frame. The brake light is also embedded inside the fender giving it that futuristic look. And, the seat was engineered to make the rider look like he’s sitting on air.

All the hand and foot controls are made from stainless steel and were re-engineered to make the ergonomics far superior to the original. We also revisited the inverted levers to give that vintage touch to the machine.

As for the front end, we’ve given the Nero Mark II Harley Davidson headlights, which are brighter, clearer and more durable than the original. We’ve left the front suspensions exposed, which gives the bike a lot of character since it gives you a glimpse of the mechanics. As for the steering, we’ve welded the handlebars directly to the fork. It’s something that we did on the original Nero as well. It feels far more responsive and gives the bike a cleaner look, which is better than the alternative – a mess of nuts and bolts just to hold a bar in place.

“The difficult thing about launching a motorcycle company in China is that you don’t have access to a lot of parts and accessories, as well as the tools and machines that you’d normally use to do the most basic of tasks. So everything about the Nero Mark II had to be done by hand-and-eye.”
– daryl villanueva 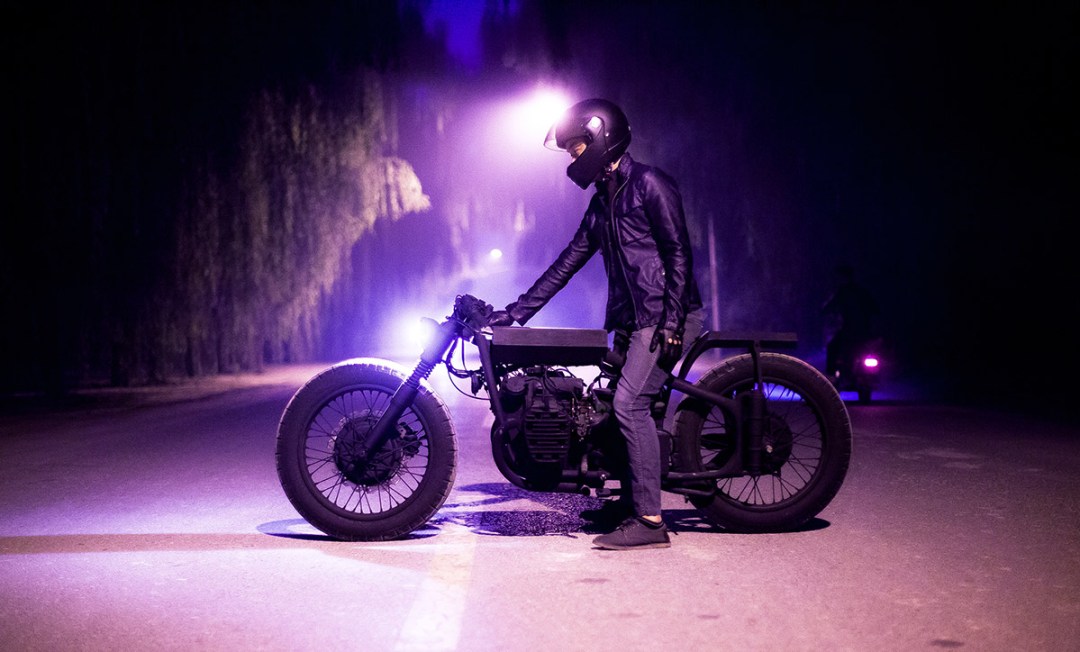 What were the biggest design and engineering challenges, and how did you overcome them?
The difficult thing about launching a motorcycle company in China is that you don’t have access to a lot of parts and accessories, as well as the tools and machines that you’d normally use to do the most basic of tasks. So everything about the Nero Mark II had to be done by hand and eye.

The tank and fender have such subtle curves that it’s incredibly difficult to get the symmetry right. We had to use old school techniques to just level the top of the bike and ensure that it’s truly flat. It’s the same story of how we got the curvature on the exhausts right, which was nearly impossible. The metal pipes had to be heated so that it was malleable. We really had to work quickly and get it right on the first shot so the metal doesn’t lose any of its durability. I don’t know how many exhaust pipes we canned. But getting the curvature perfectly even is something I’m afraid to do again. 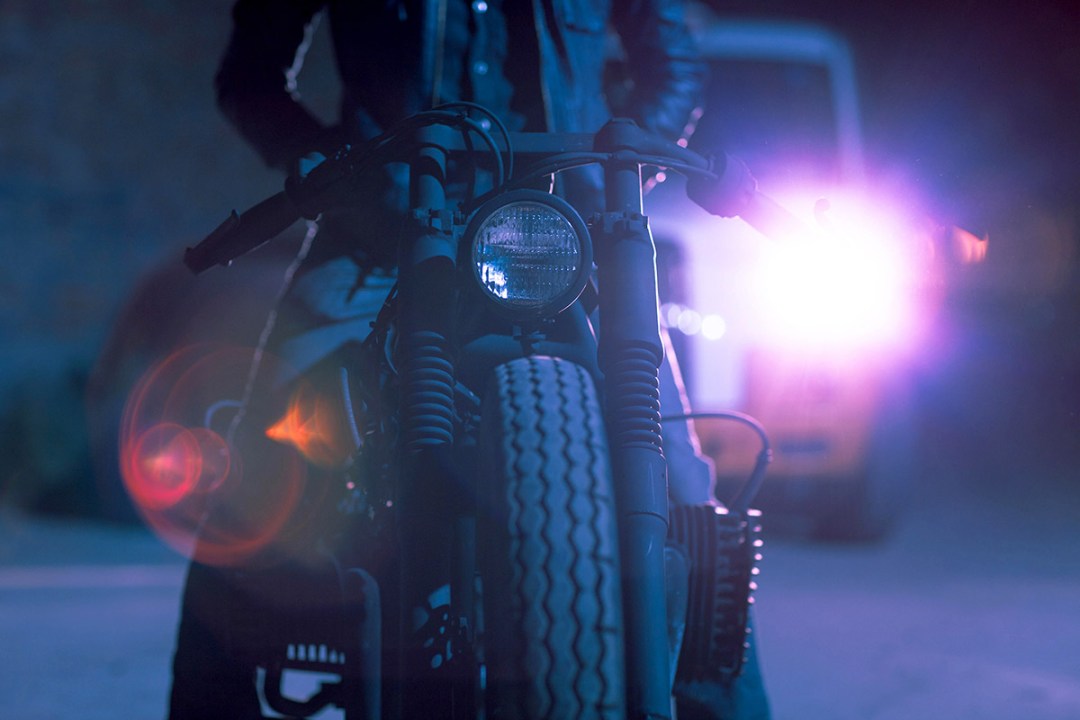 How much of the new Nero’s design was done in 3D? Or was it?
None of it. I just went for it and if it didn’t look right, we’d do it again. I have an image of the finished product in my head but sometimes when I see it in front of me, I change my mind. It’s a pretty frustrating process for everyone.

I just feel like when you sketch and creating things in 3D, you lose the organic process that’s so important to the art. It feels too “locked” and permanent. You’re no longer discovering the bike and I like getting into the build without a plan. It’s good to be uncomfortable, even scared, when you start a new project. It keeps you on edge and forces you to think that you can do better. 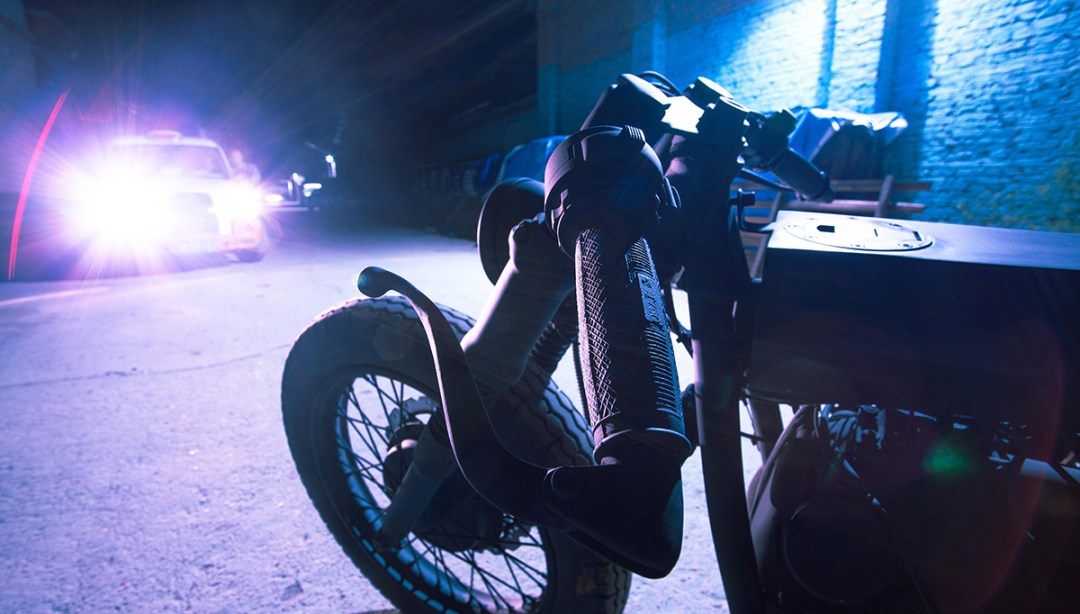 How many man hours do you estimate go into every NM II?
I’m afraid to calculate how many man-hours when into it. All I know is that the first of the Nero Mark II’s took about 4 months, working 6 days a week. It’s insane. But now that we’ve designed and built the first one, completing the other bikes should be really swift. I hope.

And you still using Chang Jiang bikes as a foundation for your bikes?
There’s just something about the Chang Jiang I love. It’s a quirky machine with a lot of personality. Every Chang Jiang is different and if you’ve ever owned any vintage bikes, you’d know that older models need a lot of love and care. But that’s part of the charm of having a motorcycle – you get your hands dirty so you can tinker, play with it and improve it. Otherwise, there’s absolutely no attachment to it. That’s the problem I have with cars and modern bikes today. They’ve become tools with no emotional attachment. They’re easily replaceable.

Were you inspired by Shinya Kimura’s creations?
Absolutely. We love him here as well. What’s amazing about Shinya is that he’s kind of a lone ranger and he has this infectious passion for his craft. He’s an artist who has redefined what a motorcycle is and given folks like me the imagination of what a motorcycle could be. His ability and talent is leagues beyond mine and it’s something I have to work on.

I’d love to say that my forte is in the forging of the machine itself. It isn’t. But what’s great about China is that there are so many talented people here who have been bending steel and building bikes since they were 6 years old. My job is to channel their skills into the vision I have for Bandit9. As much as I’d love to get my hands dirty, there are too many moving parts to the business that need my immediate attention – designing the bike, the photography, testing and quality control, online presence, marketing and sales. If I don’t let go of certain responsibilities and focus on the things that really need me, there’s a chance Bandit9 will die. Plus, the boys have my complete trust.

Once the business grows even further, I’d love to be able to hire more talent and free myself of certain responsibilities. I would welcome a fresh perspective on the designs. But as of this stage, I have to play our strengths and work on our weaknesses. So far, we’re headed in a healthy direction. 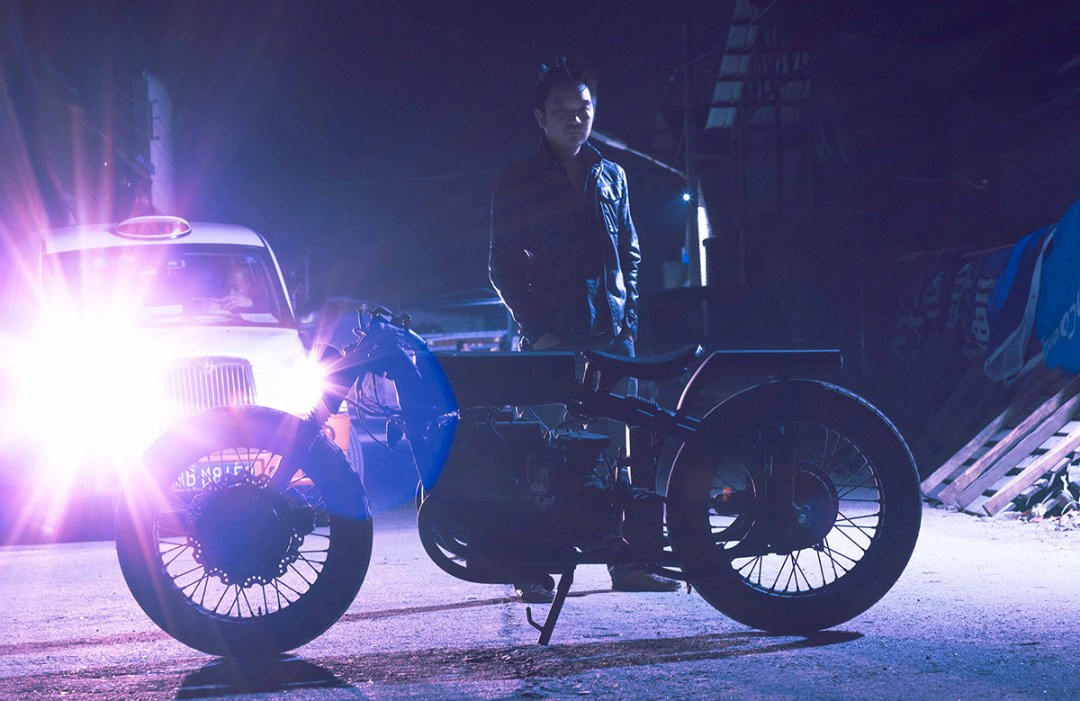 I gotta ask…what’s the fascination with black, and in this case matte black? The only thing on this bike that isn’t black is the headlamp.
I just can’t imagine this bike being in another color. There’s something about the matte black that resonates with me. It’s hard to describe but it just feels right. I don’t like to make aesthetic decisions that stems from anything logical. And I went to art school with plenty of training on design and color theory! I would never think “okay, the fork is at this angle so maybe a white stripe with a touch of red would give the bike more balance.” No. For me, it needs to be more primitive than that. So I go with my instincts and do what feels right.

Cut me some slack, the brake light’s red too ☺

After it’s all been said and done, what’s surprised you most about the finished bike?
That we actually finished it. I’m joking.

Every time we finish a bike, I’m always surprised at its final outcome. It’s nice to see what is from what was. 4 months ago, I had a random vision in my head of what the Nero Mark II should be, and what I see in front of me today is far better. I got a little choked up when I started the bike for the first time. I guess that’s what I mean about having an emotional connection with a machine. 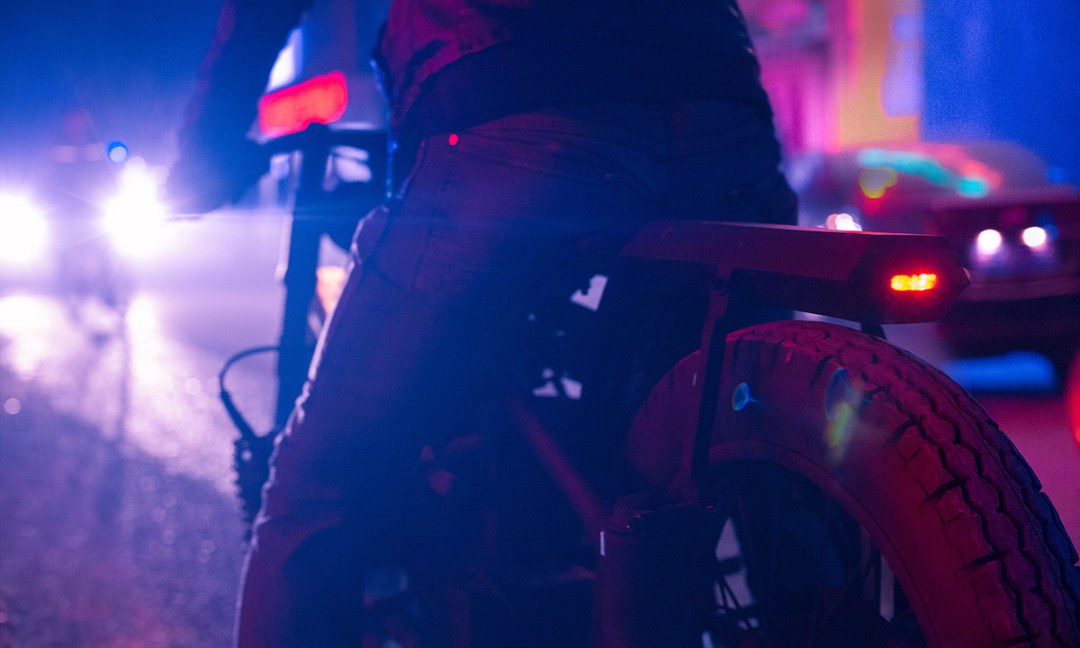 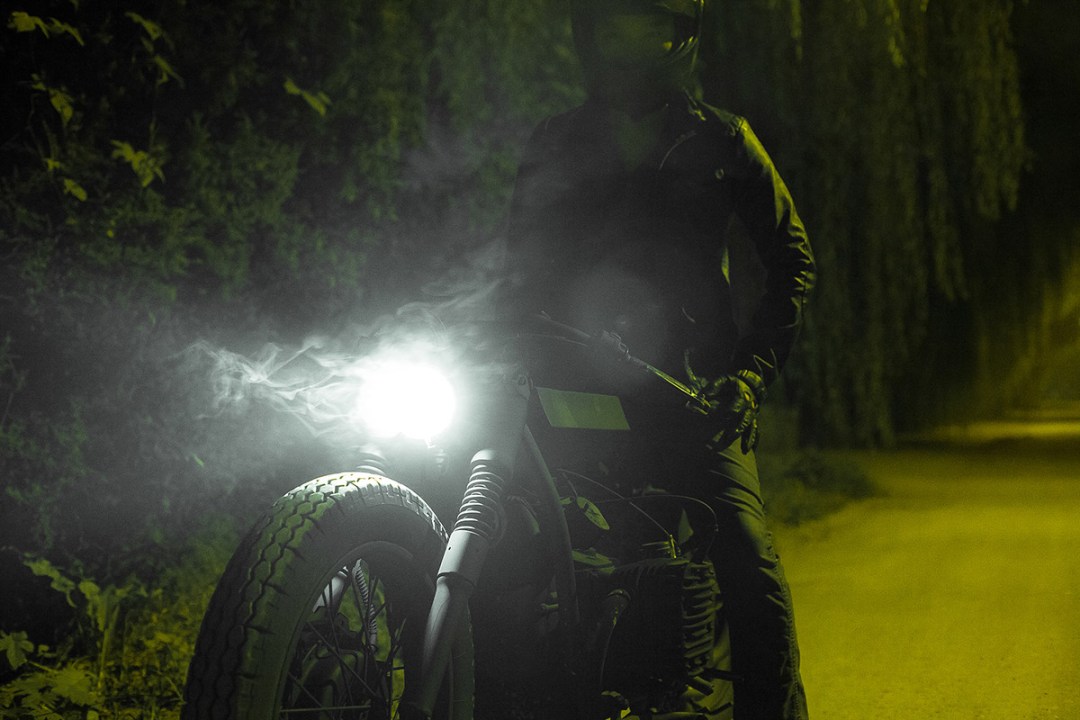 In your mind, who is your ideal customer?
Well, I have this customer who is an ex-Ferrari designer. What a cool guy. He had pre-ordered the bike not knowing what the final piece would look like (that makes two of us). He put a lot of faith in our work and that just drove me to work harder. I couldn’t let him down. It took us 4 months to build the Nero Mark II and yet his patience didn’t waver. He just wanted to make sure that we would build something stunning so he gave us the time and the space to do our thing. And we have.

I wouldn’t even consider him a customer. He was more like a partner in the process. Now that, is my ideal customer. 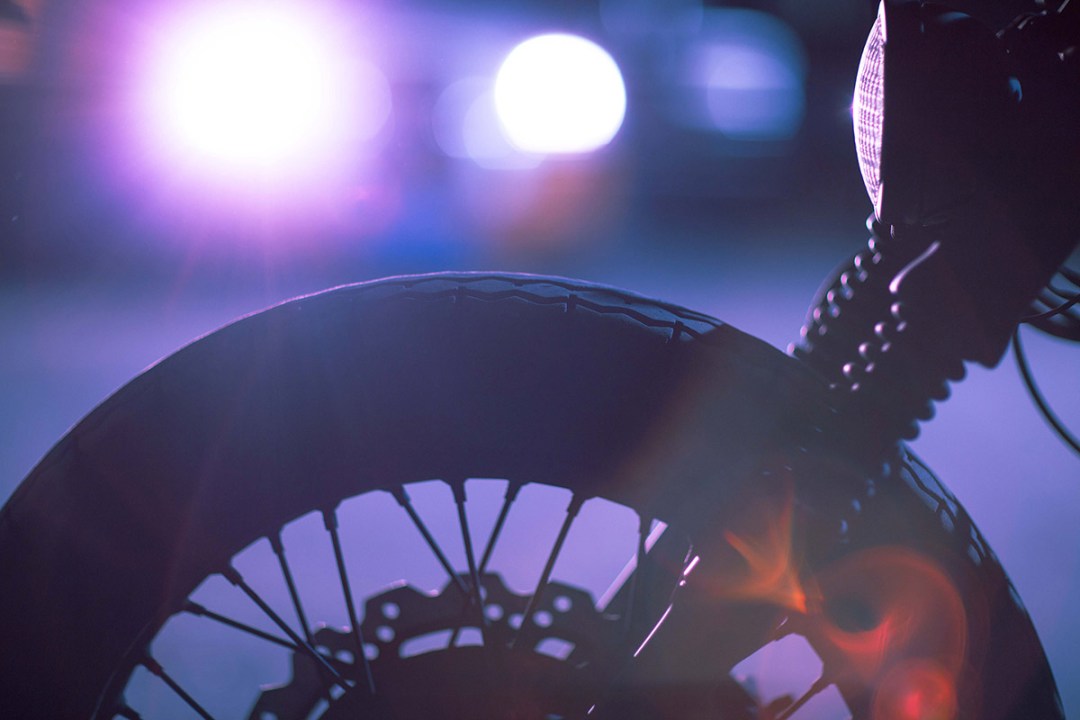 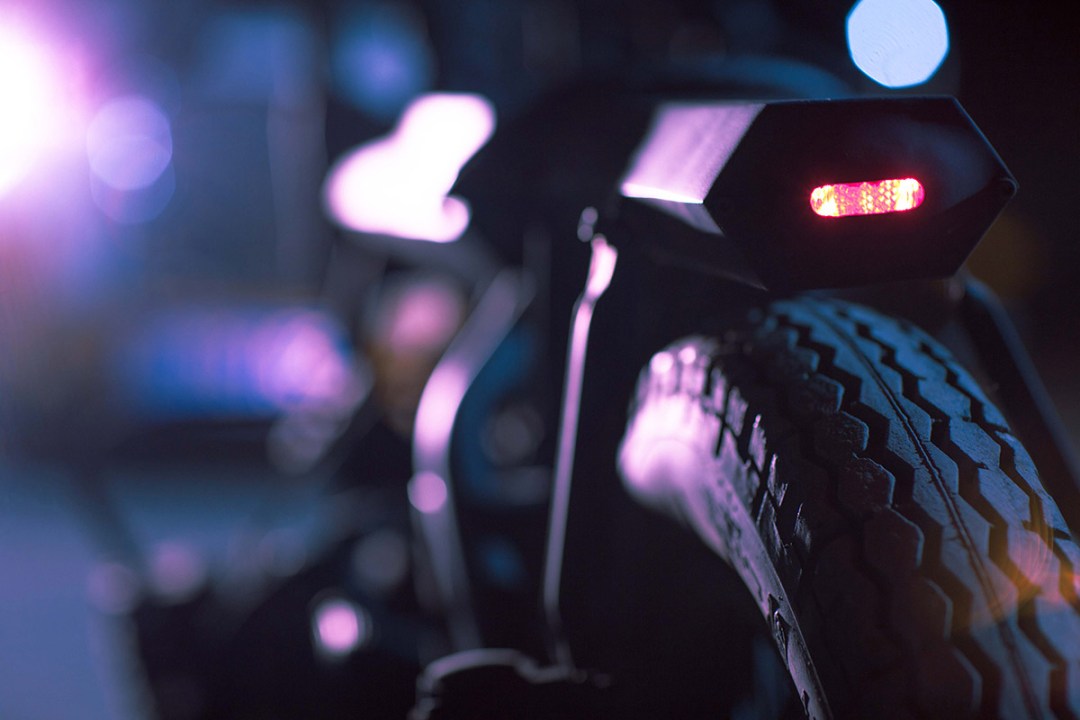 You’ve sold four (out of nine) of these bike so far. What’s been their response once the owners have ridden it a bit? Have any of your bikes made it to the U.S.?
Unfortunately, the Nero Mark II hasn’t made it to the States yet, although we get plenty of interest mainly from the West coast. The first reaction to the Nero Mark II is “what the f*ck? That’s amazing.” I guess that’s what’s great about the bike. It conjures this emotional response, a shock. They’re amazed to see that something that looks like the Nero Mark II is actually a functioning motorcycle. If only it could fly. Maybe the Nero Mark III? 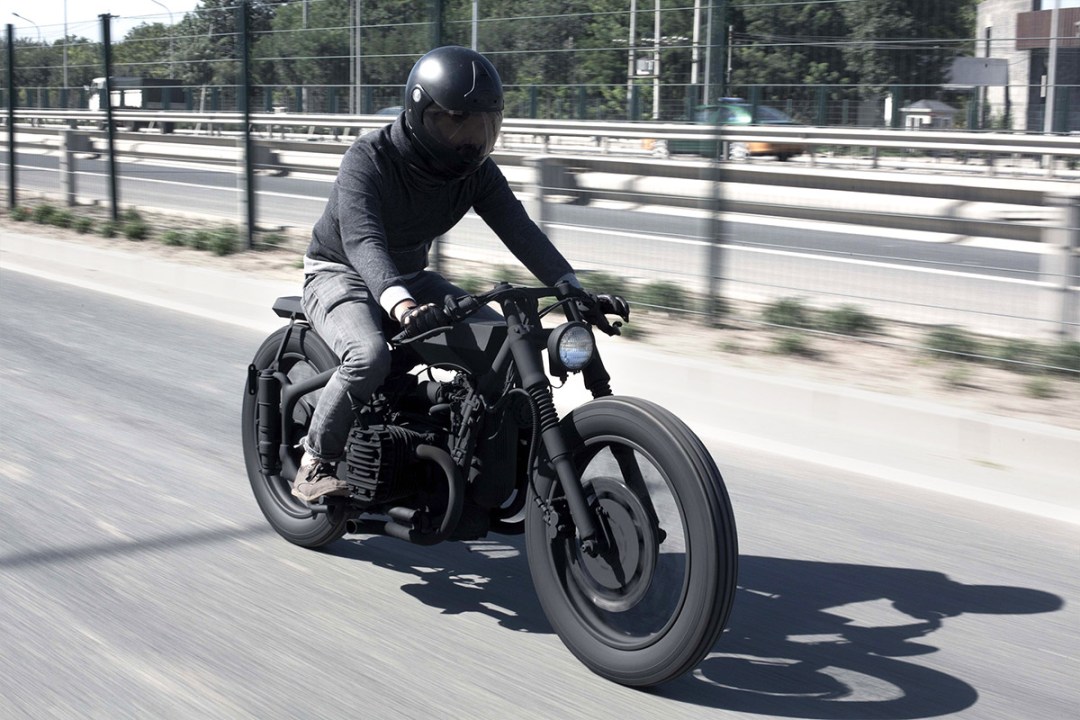 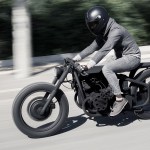 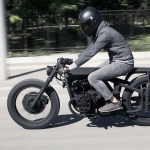 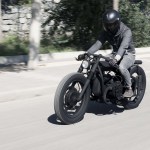 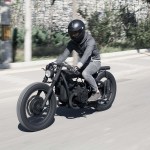 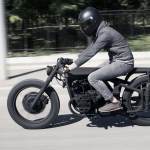 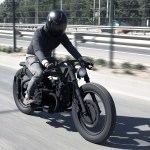 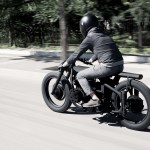 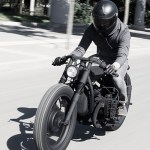 “Since I started Bandit9, I’ve seen a lot more custom motorcycles in the street. I’m not attributing that fact to us, not at all, but the truth is China’s becoming more of an independent thinker and Bandit9 is a part of that wave.” 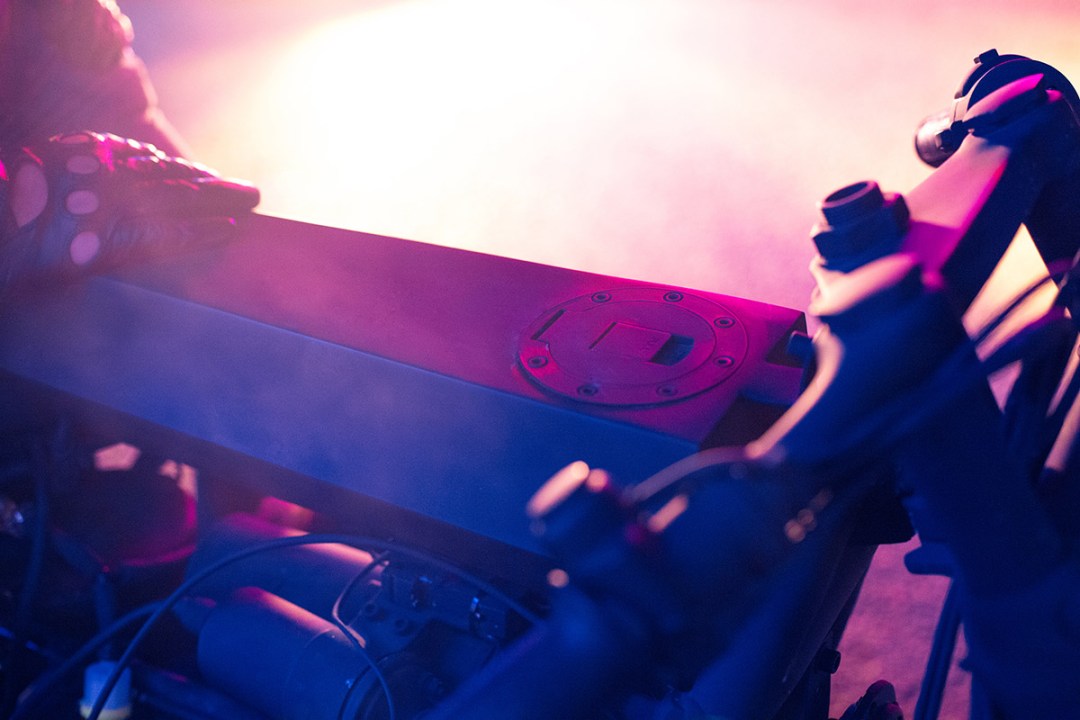 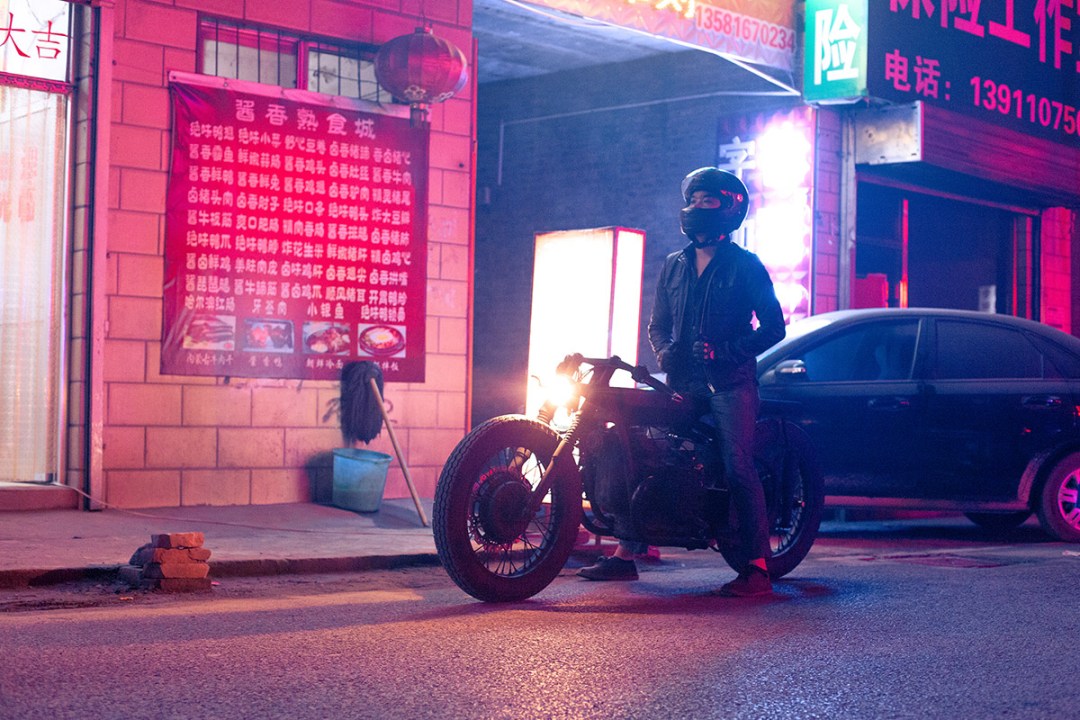 We did an interview with you back in August of last year, and you said,

“I really want to show China that it’s capable of producing great things and that they don’t need to look to the west as a standard of what’s “good” or “fashionable.” I want to show the world that China isn’t just a nation of copycats. “Made in China” will one day no longer have a stigma attached to it; I want Bandit9 to be a part of that change.”

Do you feel like you’ve moved the needle since then?
This is still our mission and I will die trying to succeed. Since I started Bandit9, I’ve seen a lot more custom motorcycles in the street. I’m not attributing that fact to us, not at all, but the truth is China’s becoming more of an independent thinker and Bandit9 is a part of that wave.

Hopefully this doesn’t scare anyone, but China’s catching up. Quickly. Because this is an amazing country with a grand pool of talent with an even grander vision.

With Bandit9, I am constantly trying to get more press because it gives people around the world a chance to look at what China’s up to. And what I’m trying to do with Bandit9 is break free from the motorcycle industry and expand into art, design, fashion, technology, lifestyle and luxury. We’ve had some success but we can do better still.

In the future, Bandit9 will collaborate with other Chinese brands and artisans from various industries to change that mentality behind “Made in China.” In fact, we’re already pushing some new and interesting non-motorcycle products later this year. And as always, I will do my best to get the world’s eyes on China.