Built in Los Angeles by American designer and engineer Al Crocker, these influential bikes are known as the Duesenberg of motorcycles. (I think another comparison is that the Crocker is the American Vincent). Conservative estimate of the value of the original Crockers hovers around $300,000 in restored condition. Bonhams will be auctioning off three Crockers in August at the Quail Lodge in Carmel, California. 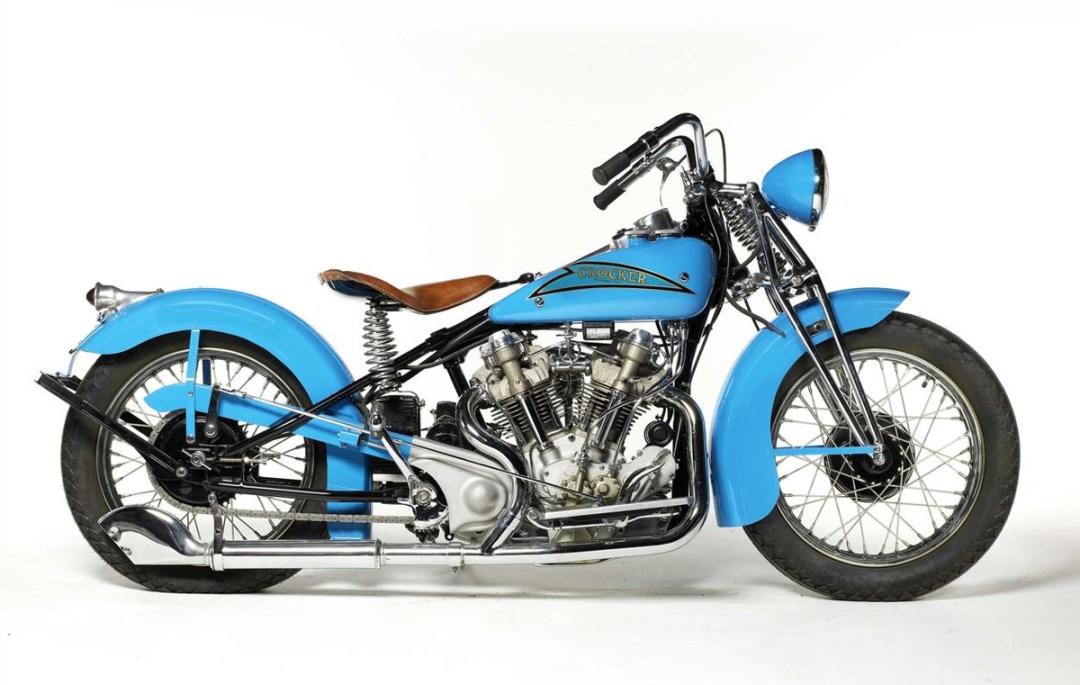 From Paul d’Orléans / The Vintagent:

Hi Wes,
I don’t think of the Crocker so much as the Vincent of the USA, as that was a completely radical, uniquely engineered machine. By the time Al Crocker was building his machines, the American motorcycle industry had been decimated by the Depression, and from the dozens of interesting makers of 20 years prior, there were only two options, Indian and Harley, and only HD offered an ohv twin – the Knucklehead of 1936+.

Crocker originally built ohv conversions for Indians, then speedway racing singles, and finally the big twins, and was able to make significantly more hp than the ‘big two’. To make a whole machine was brave, and ultimately doomed, but in this, I’d say Crocker was more like Britten, building a successful bike from scratch, which beat the factories at their own game. Hence, the huge price paid for both, the back story is phenomenal, the underdog who was better than ‘the best’.
All the best, Paul 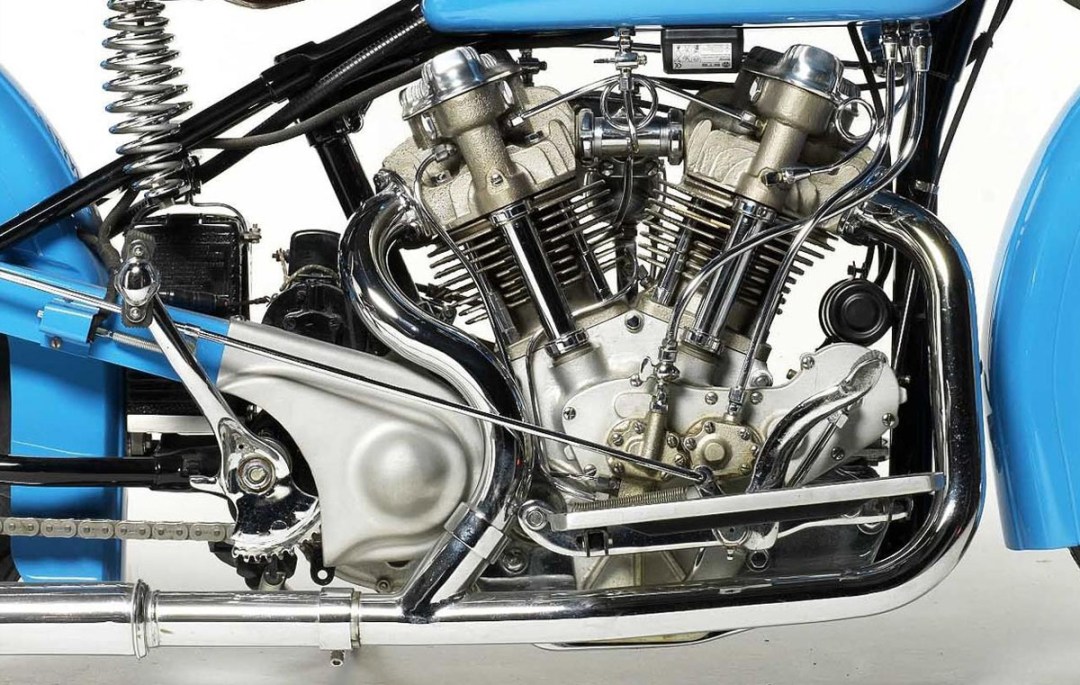 “Al Crocker famously advertised that if any of his bikes were ever beaten by a stock Harley, he would refund the owner’s money. No refunds were ever requested.” 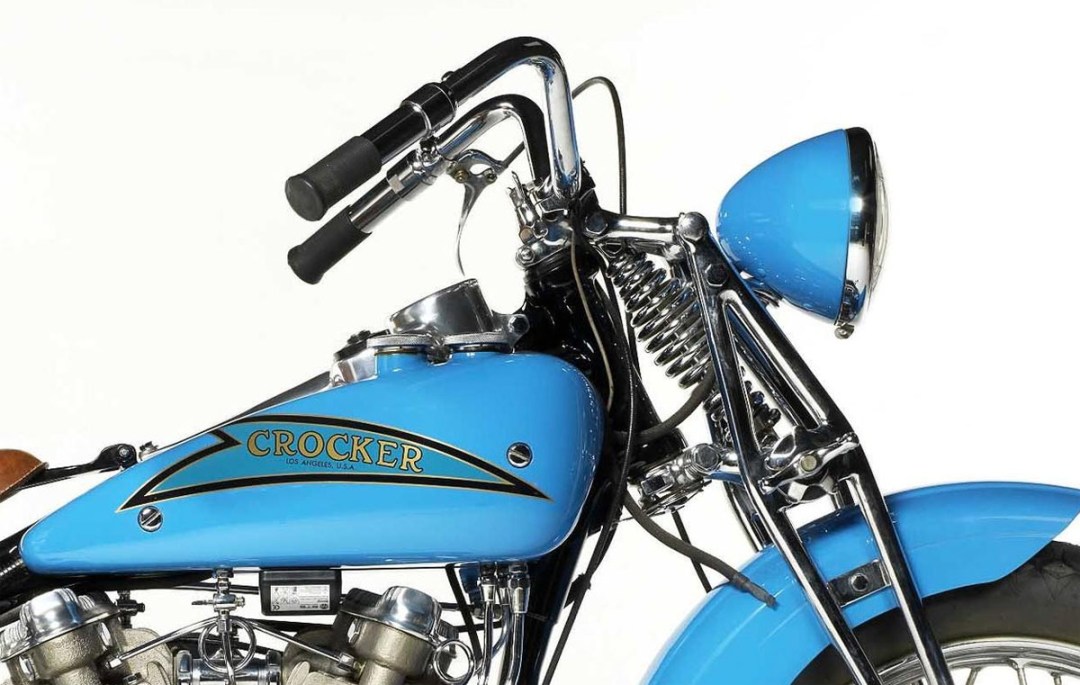 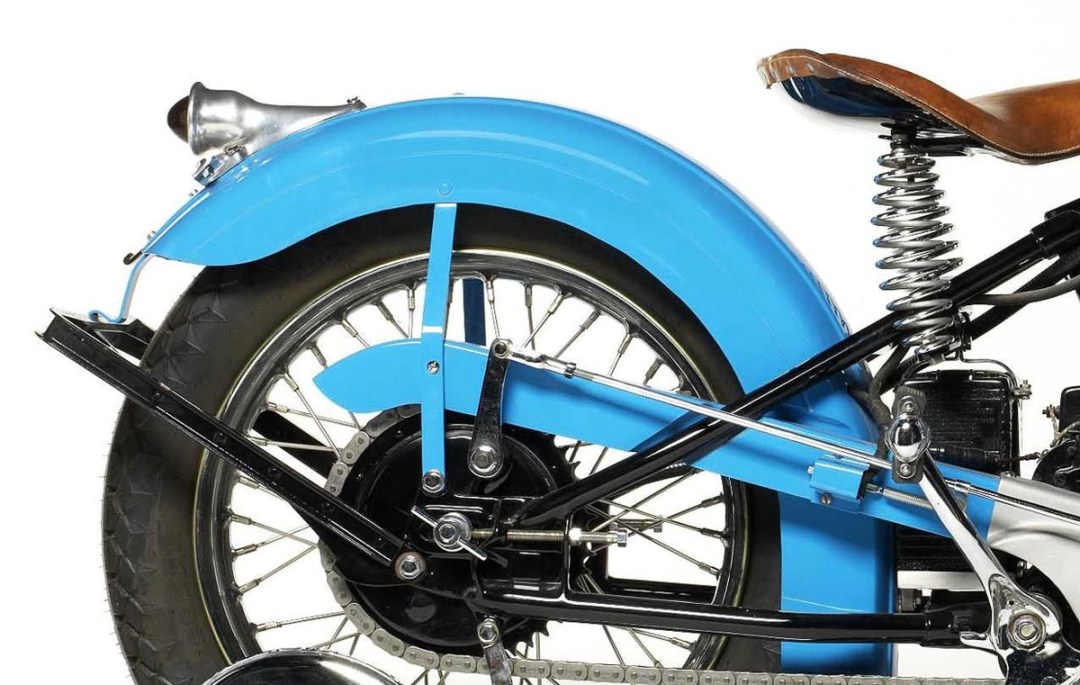 As a bespoke machine, each Crocker was made to the specifications of its buyer. This expensive and time-intensive approach meant that quality remained high but production output low. Total Crocker numbers never exceeded more than 125 units before World War II forced the firm’s closure, and today only around 50 of those units are accounted for, making Crocker motorcycles extremely rare.

In the mid-1930s, Crocker and Bigsby began to work on a heavyweight, high-performance, overhead valve, v-twin motorcycle and in 1936 the first Crocker rolled out of the factory. Crocker knew there was a good market for high-speed touring bikes, but even he was surprised when he received more orders than he could possibly fill for his new 1936 Crocker “Small Tank” 61 cubic inch 1000 cc Hemi-Head model. The Crocker Twin was widely regarded as the fastest production motorcycle in the world. In 1939 Crocker introduced a new and improved model named the Crocker “Big Tank”. However, as Crocker was producing during the height of the Depression, it became increasingly difficult for him to manufacture vehicles in small quantities, and in 1942 he abandoned production of motorcycles altogether.