Inspired by his client’s IWC Ocean timepiece, this BMW R80 was completely restored by Franco “Frank” Augello of SuMisura, Milan Italy. In this post, Frank gives some background on this build, and why he started SuMisura. “A BMW will leave from my workshop where it has been transformed and personalized with much love and dedication, as if it were mine – pampered and revitalized.”
– frank augello 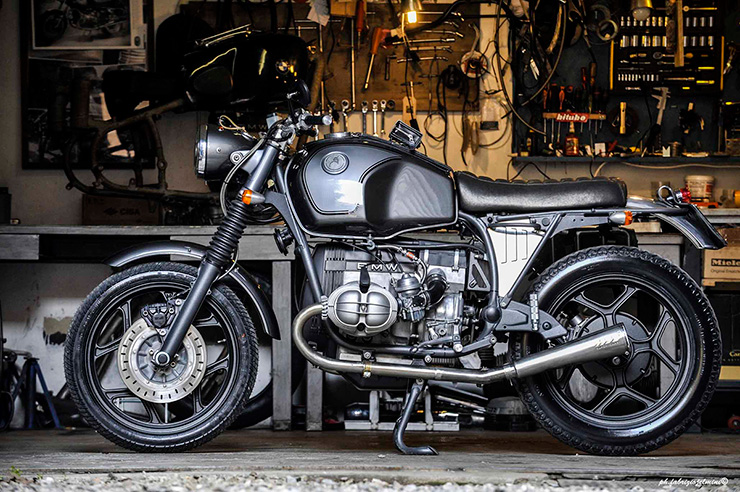 Making unique motorcycles with a soul
For the last four years Frank has been collecting old-ruined motorcycles – especially two valve BMWs – and transforming them in his “SuMisura” workshop.

Until a few months ago it was simple way to cultivate the greatest passion he has, but now it’s become his full-time profession. In his words, Frank, “Makes unique motorcycles with a soul, for the lucky owners who like dreaming with the company of a two-wheel custom made bike. A BMW will leave from my workshop where it has been transformed and personalized with much love and dedication, as if it were mine – pampered and revitalized. Emphasizing every single detail, with a lot of work, design, restoration and heart.”

His friends include “Inge” who helped him with technical design. Fabrizio Jelmini – photographer, and Maurizio “Mao” Maselli his art director. “It’s with them that the idea of ​​creating SuMisura came to life, joining the travel world, fashion and art together in a new life style,” Franks says. 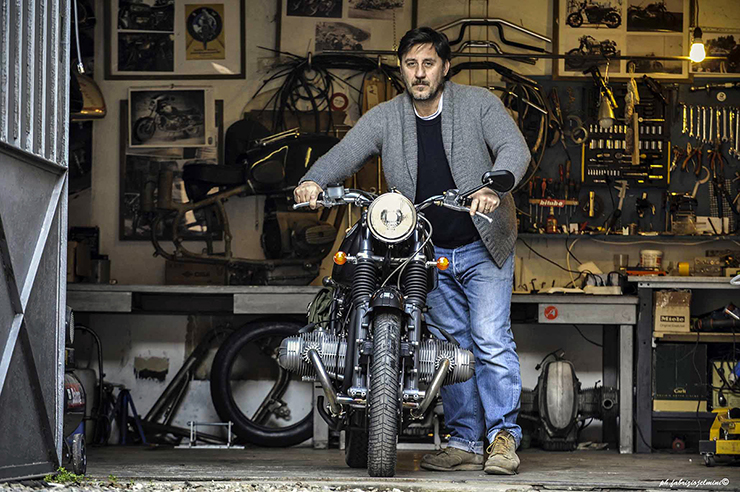 About this build:
The SuMisura “GULP IWC” was made from the base of a 1986 BMW R80 Monolevel. Inspired by its owner and his watch: an IWC Ocean. The R80 was completely redone, in all its parts, engine, body and suspension. All customizations were made to the bike after some long discussions he had with his client to make the bike unique and more personal. “A SuMisura bike that will accompany you in time,” as Frank put it. 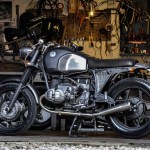 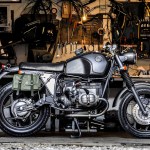 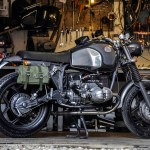 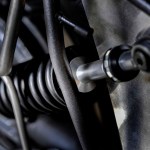 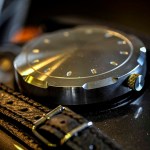 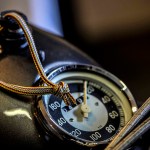 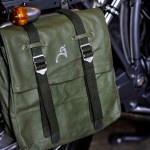 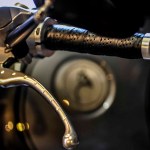