Although he primarily shoots automobiles in epic fashion, photographer James Haefner also has an amazing eye and drama for architecture photography. 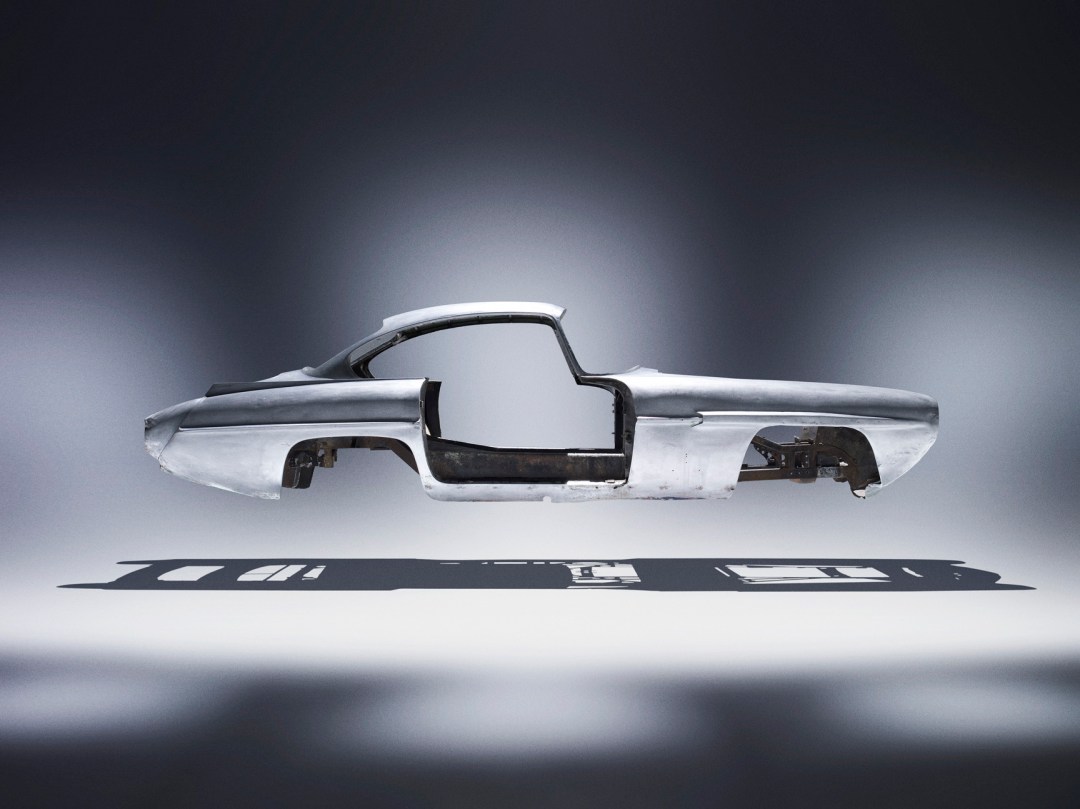 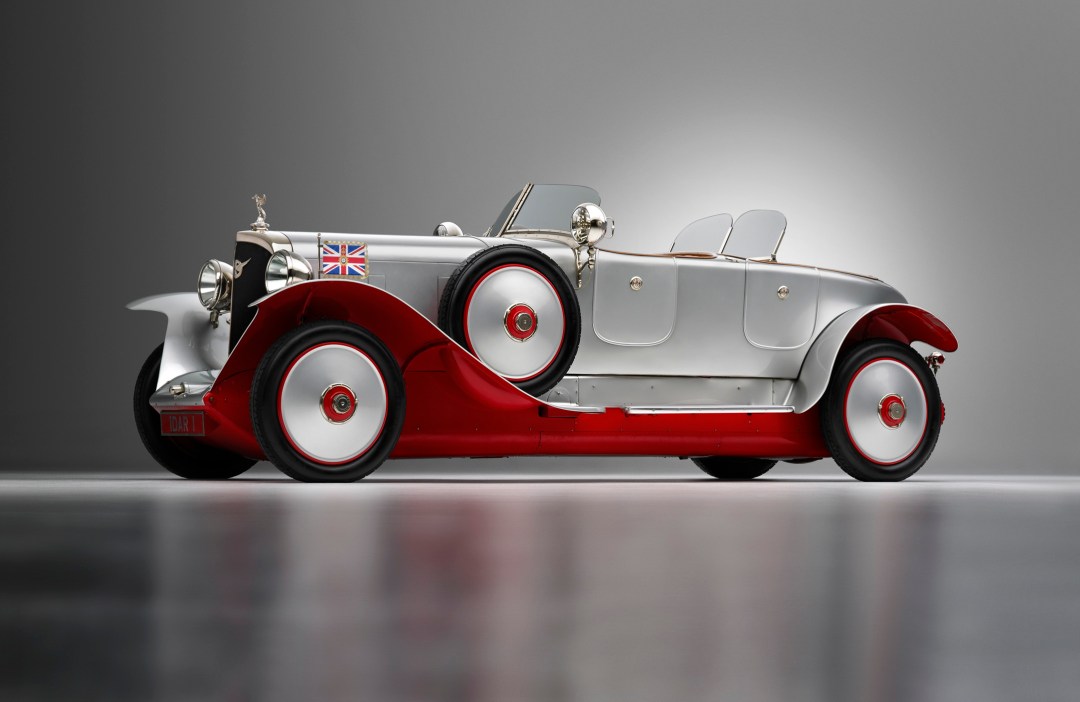 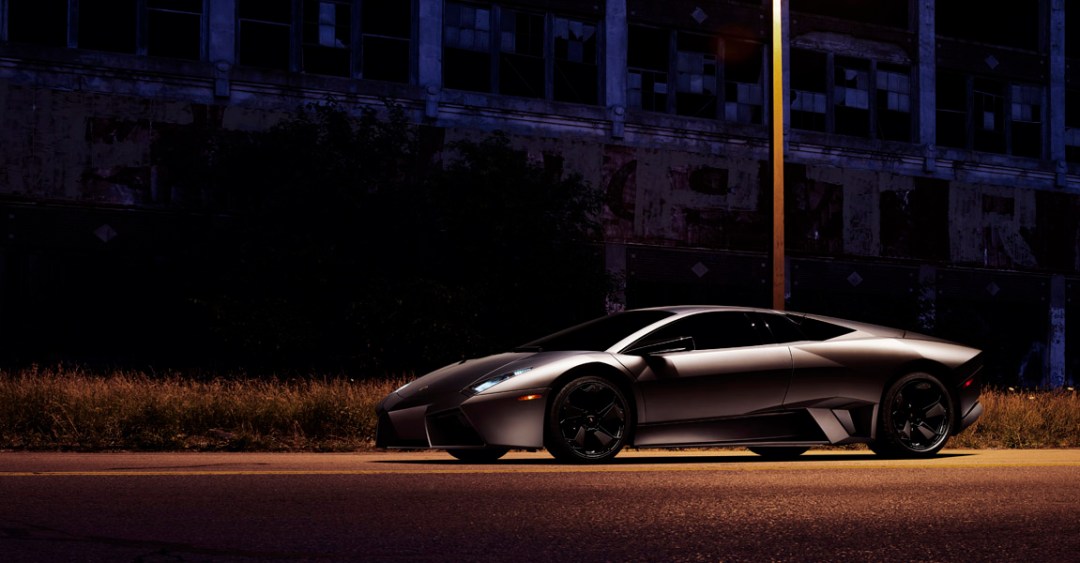 “I do like Robert Lautman’s synopsis, he feels that being a successful photographer can be attributed to knowing ‘where to stand and when to stand there.’ This ability comes from experience and keeping your eyes open.”
– james haefner

Read the entire interview with James Haefner after the jump below…

From James:
I’ve been a photographer for over forty years, thirty-three of them professionally. I own an automotive studio outside of Detroit and have been involved in the automotive advertising business since 1979. In the last ten years I’ve added architectural photography to my interests and it continues to grow each year. I have a supportive family who doesn’t seem to mind my preoccupation with photography, my wife is an artist and graphic designer, my daughter just started her college studies and my son just started high school. 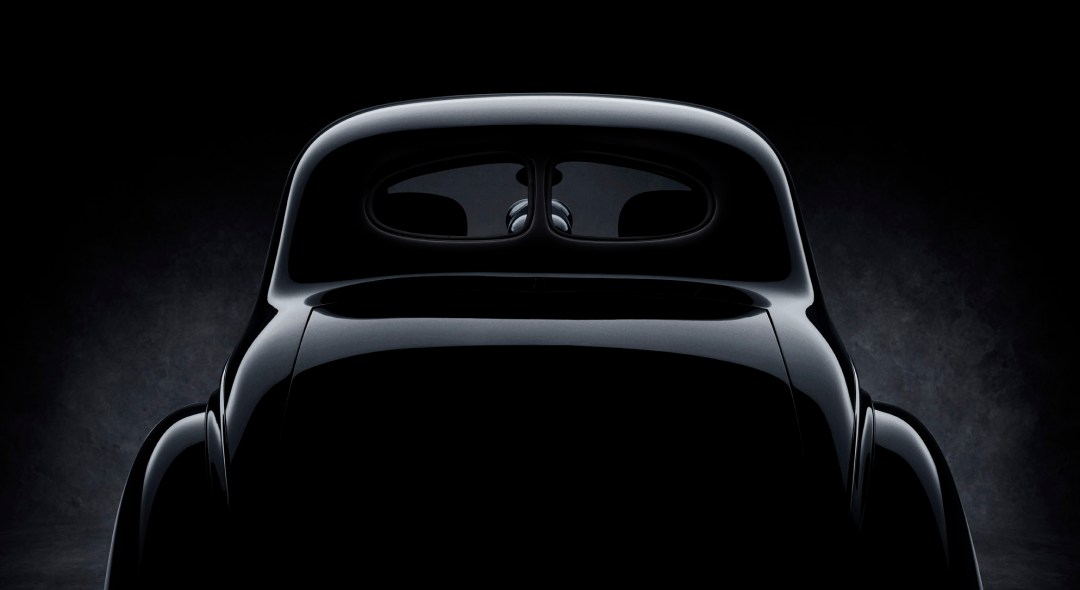 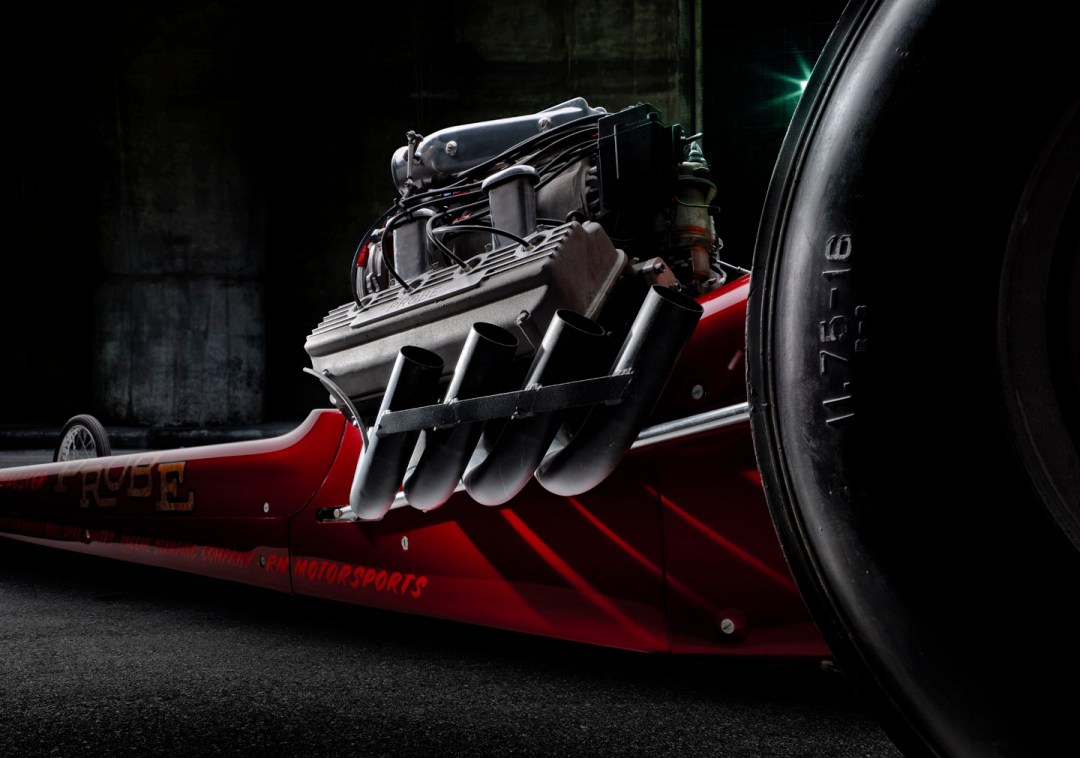 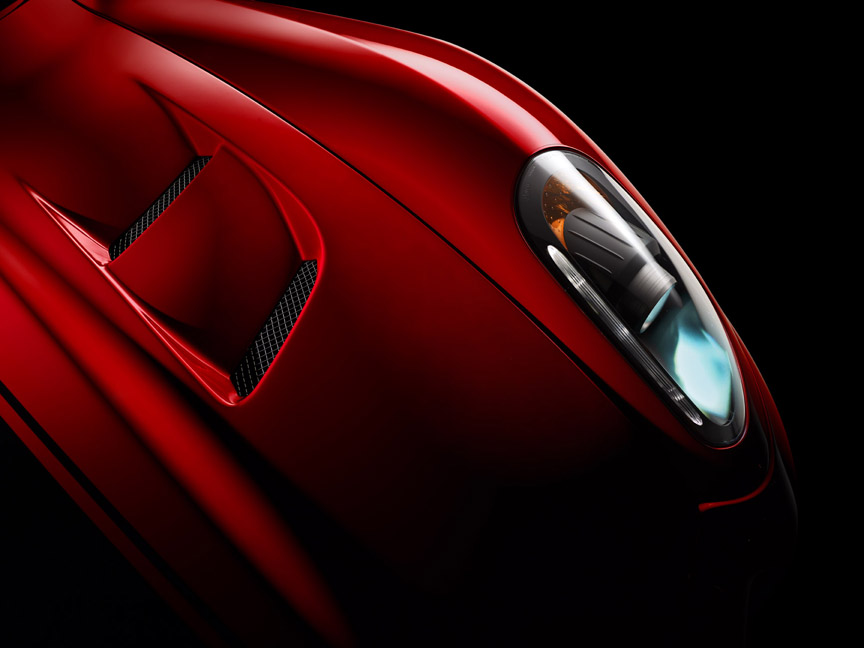 How did you get introduced to photography, and when did it become apparent that this was your calling?
I became interested in photography while in high school. It was becoming obvious that my career in rock and roll wasn’t going to go anywhere, there were so many friends who had greater ability that I sold my guitar and bought a used Nikon F. I might have seen Blow Up before then but if not I saw it soon after and thought that was a cool way to live. I didn’t immediately decide to make photography a career but I certainly enjoyed photographing my friends and landscapes. The response to my work was encouraging and I started to study photography in 1971 while attending the University of New Mexico. That was an influential time of my life, I was living in such a beautiful place with little responsibility and learning about all the great photographers for the first time. My work wasn’t particularly special but I was learning a lot.

Still I wasn’t particularly driven until 1975 when I started in a transfer program for photography students at RIT. It was there that I realized how thrilling it is to create images that communicate a concept, I still get excited (thankfully) today when something works out well and has the impact I intended. Also, during this same time I met a Detroit photographer who specialized in advertising, primarily people work. His name was Ameen Howrani and we spent a lot of time together taking pictures or hanging out in his studio. I would say that our friendship was the greatest influence on my decision to become a professional photographer. Anyways, after graduating from RIT in 1976, I apprenticed at a couple of automotive studios in Detroit and in June, 1979, I started my own business.

When sizing up a subject or shot, what’s the first thing you focus on?
Since I photograph automobiles and buildings my first thoughts are what has the designer done here and how can I define his concept. 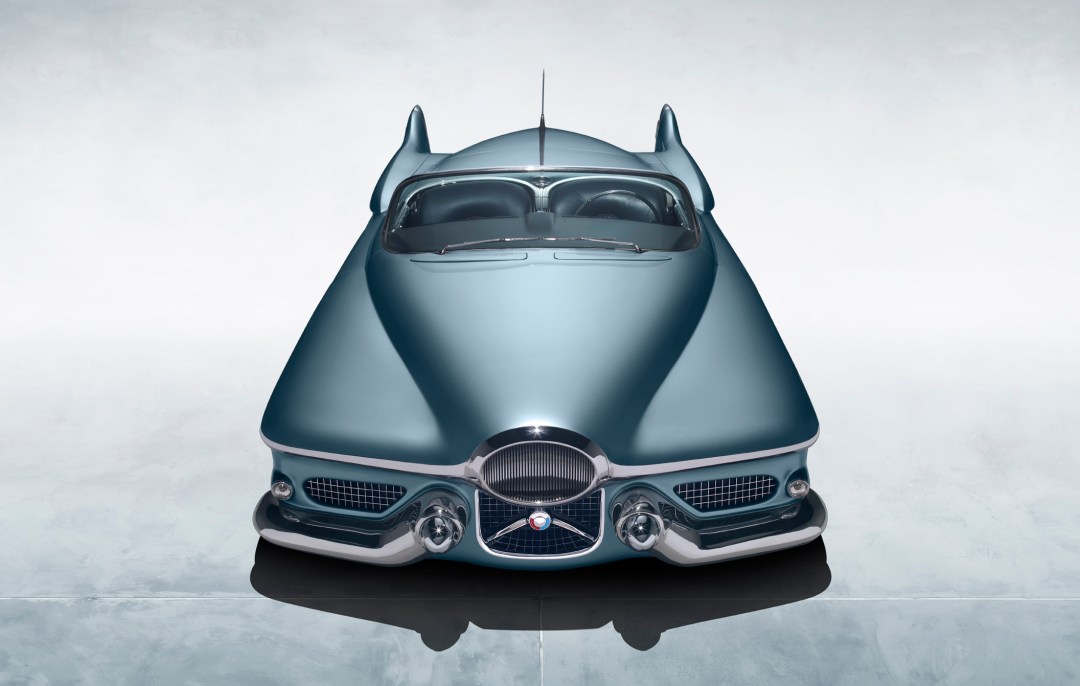 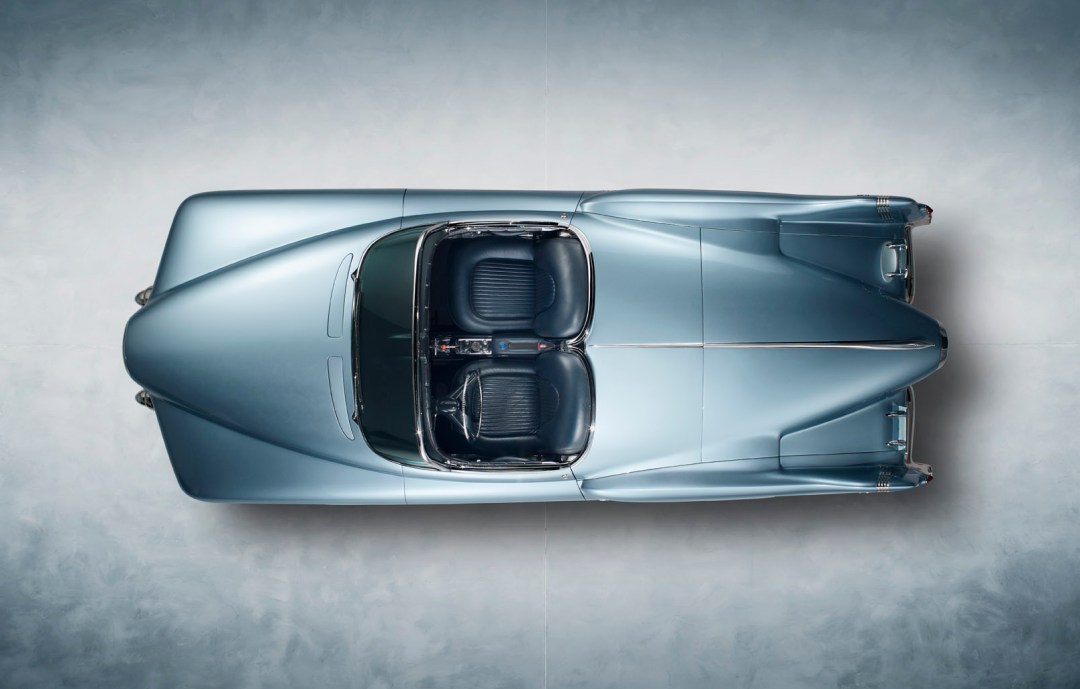 Capturing that perfect slice of time – how do you know where you need to be for a shot?
For what I do, a defining moment isn’t as critical as when photographing people. Knowing how light defines texture and creates shape is what’s important to me. Normally, when shooting a building there might be a time period of 15 minutes that is ideal but quite often I set up several cameras and shoot for a few hours and decide later. I do like Robert Lautman’s synopsis, he feels that being a successful photographer can be attributed to knowing “where to stand and when to stand there.” This ability comes from experience and keeping your eyes open.

You like to shoot cars, where does that interest come from?
I had decided to move back to my hometown of Detroit after graduating from RIT and my goal was to work on the most interesting accounts, with the most talented art directors, who had the biggest budgets. The automobile industry did that (and still does), although the budgets are much smaller than the past. My interest has always been to have the opportunity to create great photographs

When sizing up an automobile shot, what’s the first thing you focus on?
It’s hard to say, you have a response to the design, the car’s presence. I guess it gives me a place to start in terms of how the vehicle should be treated, how to light it, what lens to use, etc. 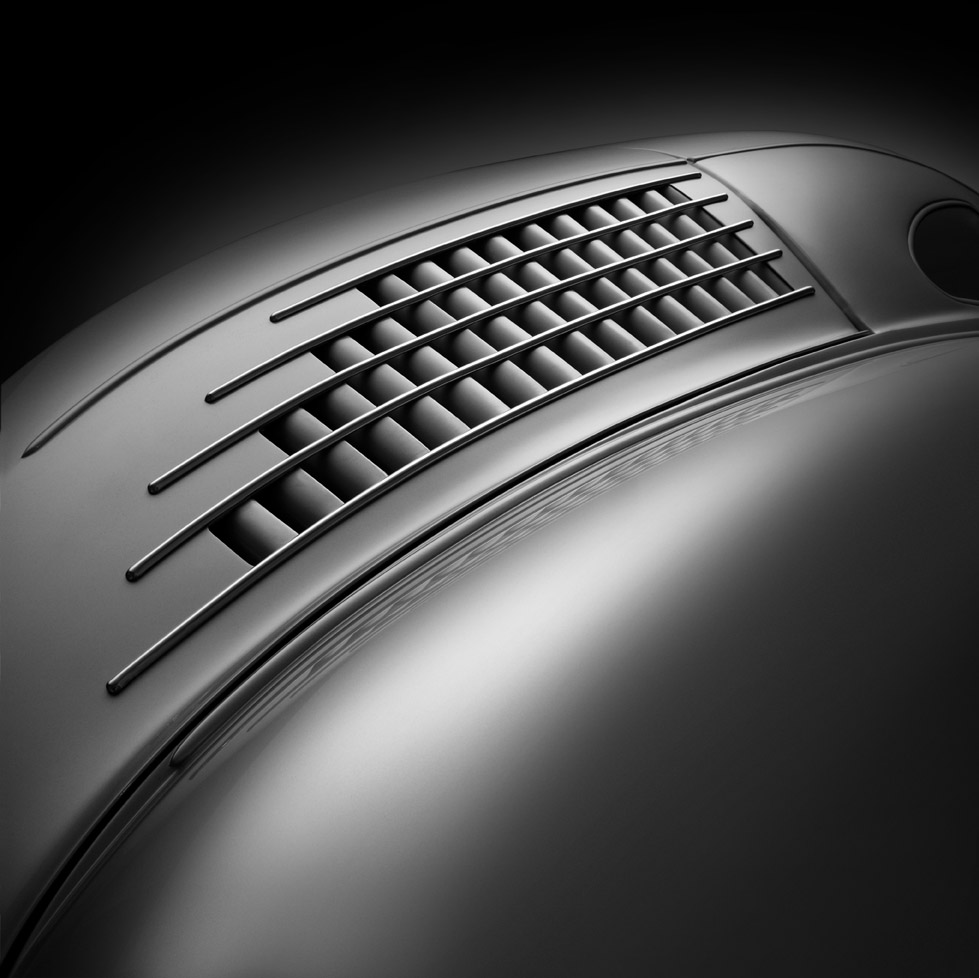 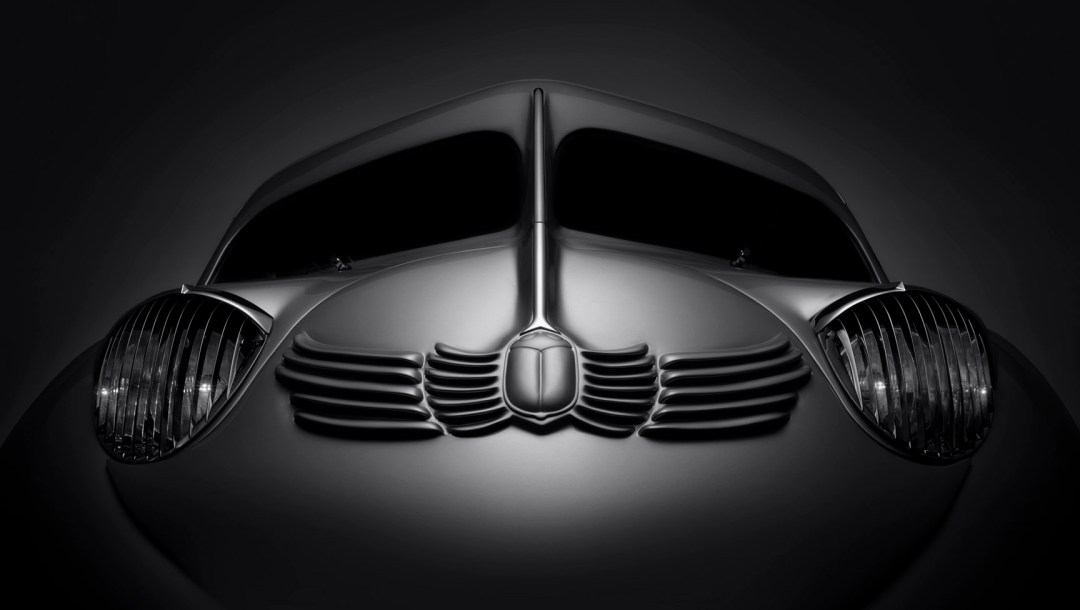 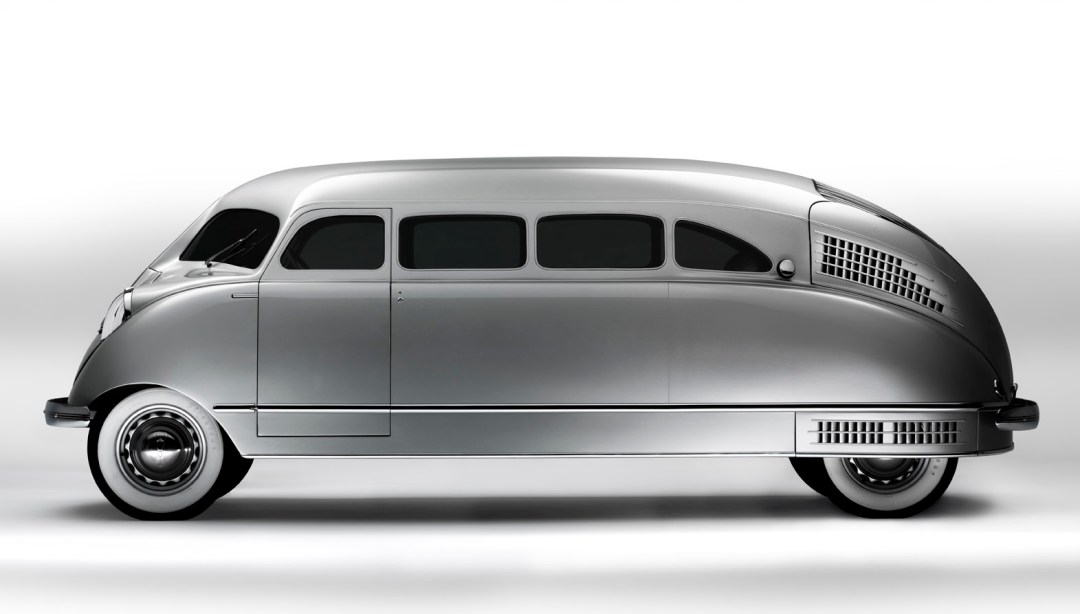 For all the cars that you’ve shot, do you have a favorite?
I think out of all the cars I’ve shot the 1936 Stout Scarab is my favorite. It’s such a unique automobile.

How have you evolved as a photographer from your first days at this craft?
I try each day to get better at what I do, so I’m still evolving. Obviously, over the years I’ve made a few mistakes (that were all learning experiences) so that has allowed me to work smarter and be more efficient. The last ten years, since I’ve started working digitally, have been wonderful from a creative aspect but the experience of the previous 22 years of having to make the shot as perfect as possible captured on a single sheet of film has been pretty important too. 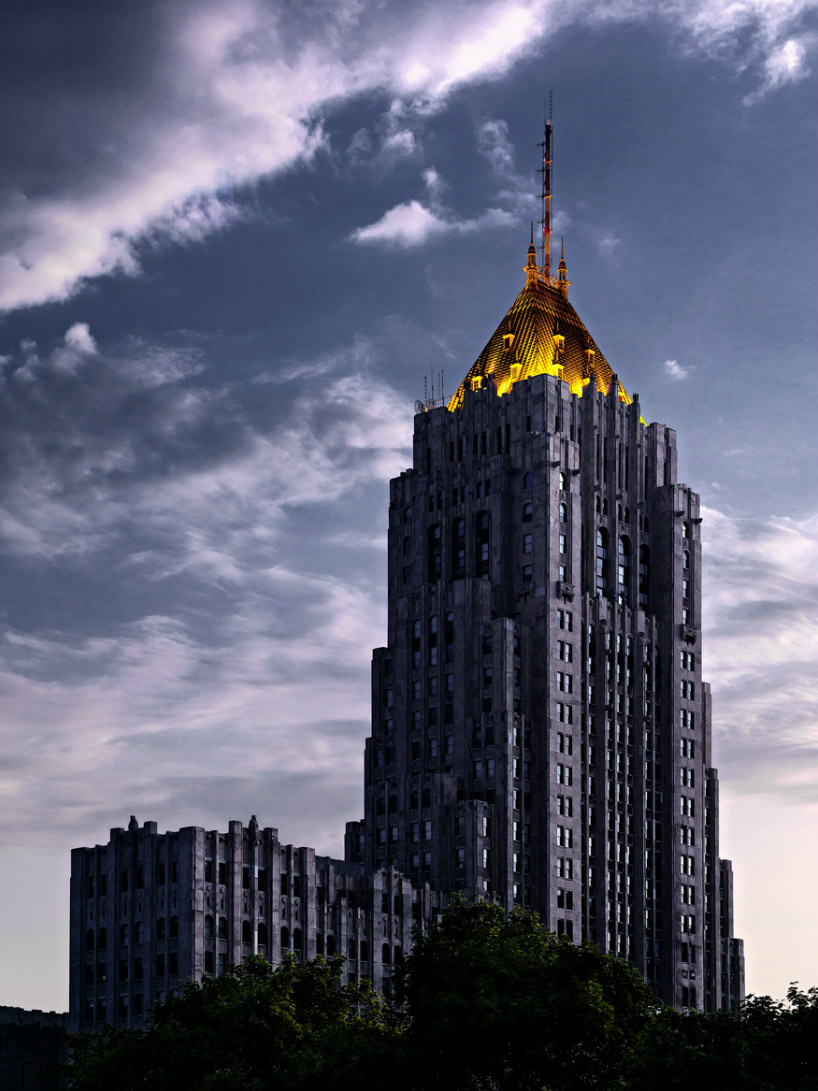 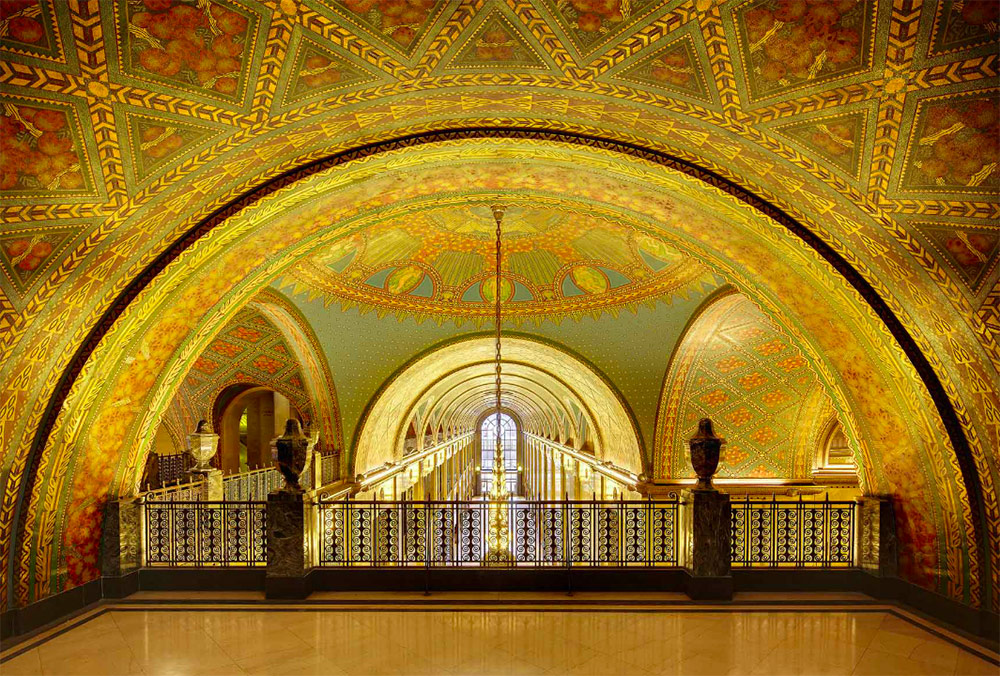 You shoot a wide variety of subjects really well. How does your approach vary…from let’s say an automobile to an architectural shot?
I think that these two areas of interest are pretty similar. This goes back to the notion of defining the design.

Best piece of advice you ever received about photography?
Years ago, when I was an assistant, a photographer told me to find somewhere I wanted to live and go there to start my career. I suppose that’s good advice although I didn’t really follow it. 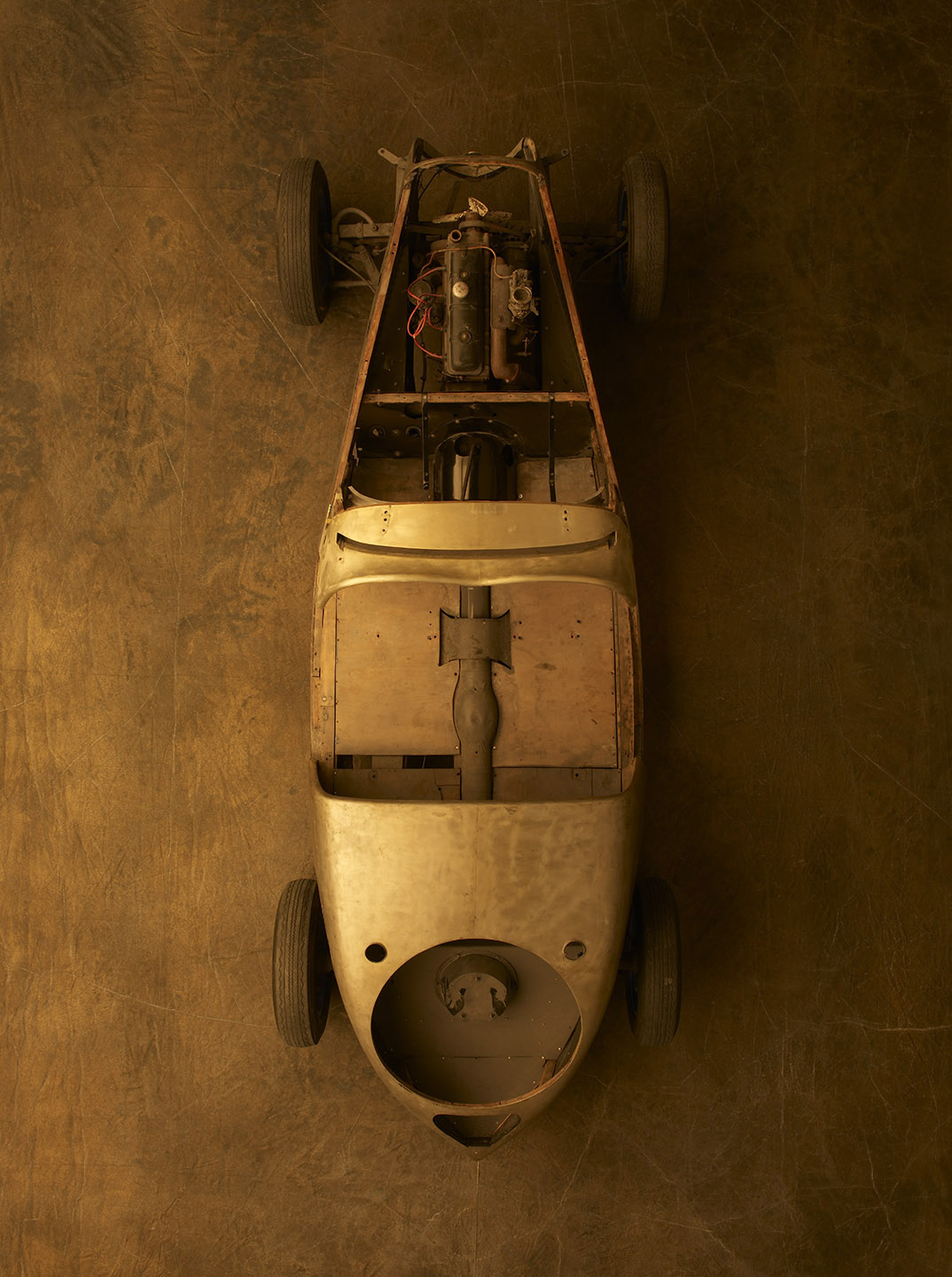 From your experience, have your best shots come from perfect planning or accidents?
Planning is what allows me to make the majority of the better shots but sometimes just being there with a camera is all it takes. It’s worked both ways.

If you could shoot any event in the world – what would that be?
Strangely enough, I’d like to go to Burning Man.

Photographers that have inspired you the most?
Guy Bourdin, David Bailey, Tim Griffith 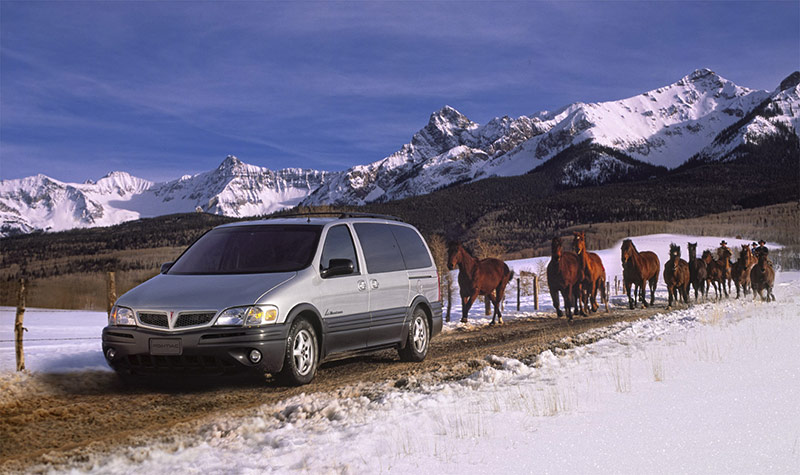 Most challenging shoot you’ve been on?
I did a shot for the Pontiac Montana in 2001 that was crazy. The concept was the vehicle driving down a prairie road chased by horses. I had to shoot the car from a rig attached to the front end that would give me a low, wide look at the car, the horses were handled by the wranglers but a shot like this needs to be done more than once to get it right. Horses are not like dogs when it comes to listening and it was a challenge to say the least. I had both a 6×7 and a 645 camera mounted to the rig and was firing them remotely, so we had to reload film frequently on top of all the other issues. I shot everything normal and ran clips which gave me an idea of how to adjust the balances, the closest lab was 10hrs away in Flagstaff, all I had to go by were Polaroids. Anyways, I got the shot but it wasn’t great enough to justify the effort,expense and angst, it just wasn’t a good idea from the beginning.

Favorite shoot you’ve ever been on and why?
I’ve had lots of favorite projects over the years. When I first started in this business I worked on the Chevrolet account, which was run by a CD named Gene Butera. If I had a mentor it was Gene, he believed in my ability and at the time the work we produced was considered to be groundbreaking. For several years in a row during the 90’s I worked on Citroen and we would travel the southwest photographing their vehicles. I had a tremendous amount of creative input and wonderful budgets. A similar client was the creative group at McCann Erikson who worked on Buick, this time the projects were studio oriented but again I was asked to create a distinctive look for their vehicles (at the time, Buick’s weren’t necessarily good looking either). Again, we worked together for several years evolving and refining the look. More recently, I’ve been involved with several Chrysler launches and just a week ago began an exploration for Chevrolet. 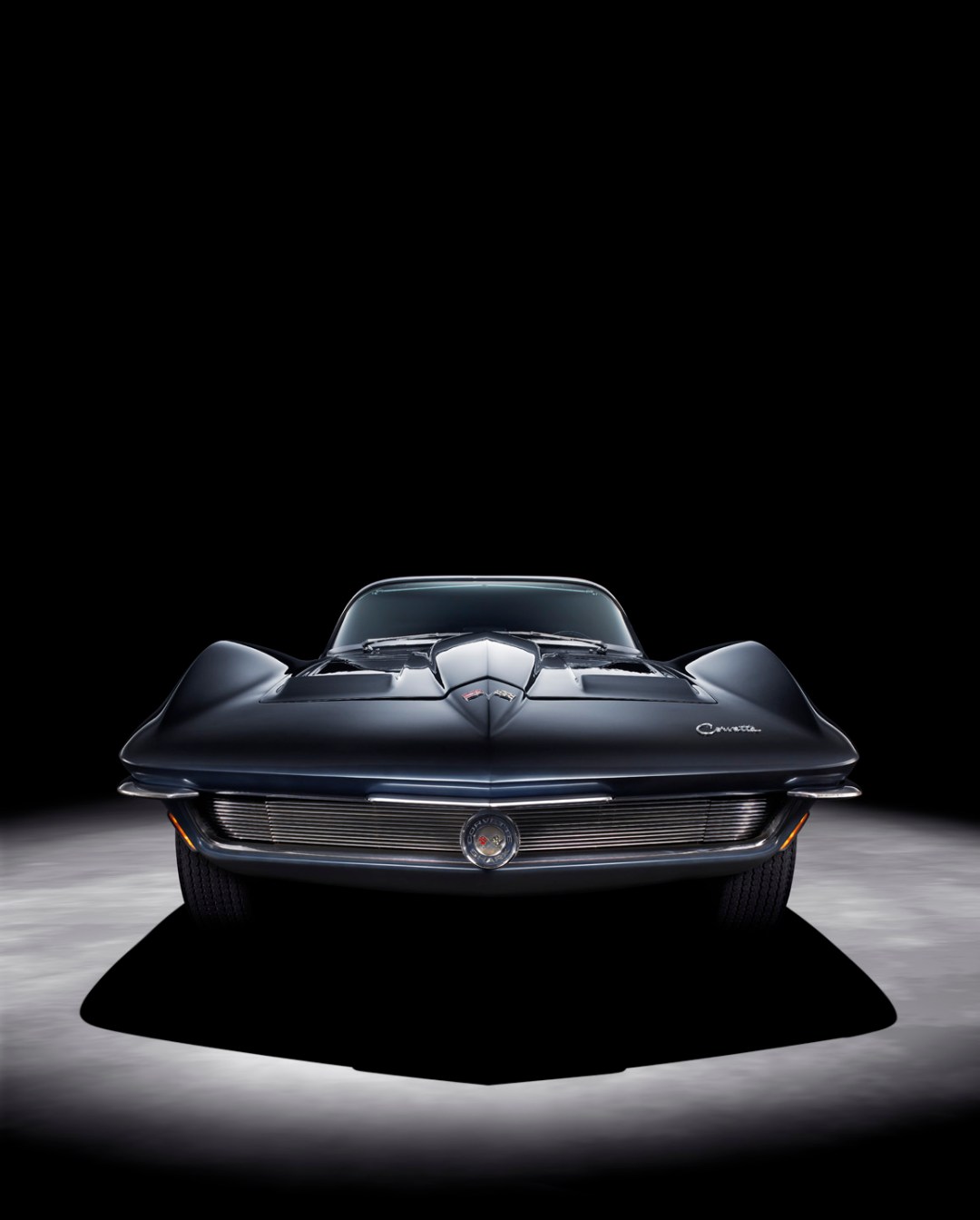 You’ve just been given a blank check to go shoot anywhere in the world for a week -– where would that be and why?
If it’s winter, anywhere warm! I guess I’d like to explore South America… Chile, Argentina, perhaps Brazil too, I think they are underutilized locations that have a lot to offer.

Imagine you could photograph anyone from the past – who would that be?
My dad, so that I could spend some more time with him.

What has photography taught you?
Recently, to be patient. But over the years to stay focused and positive.

Your idea of the perfect composition?
It’s different for every photographer, I strive for some sense of balance but that is sometimes only apparent to me. 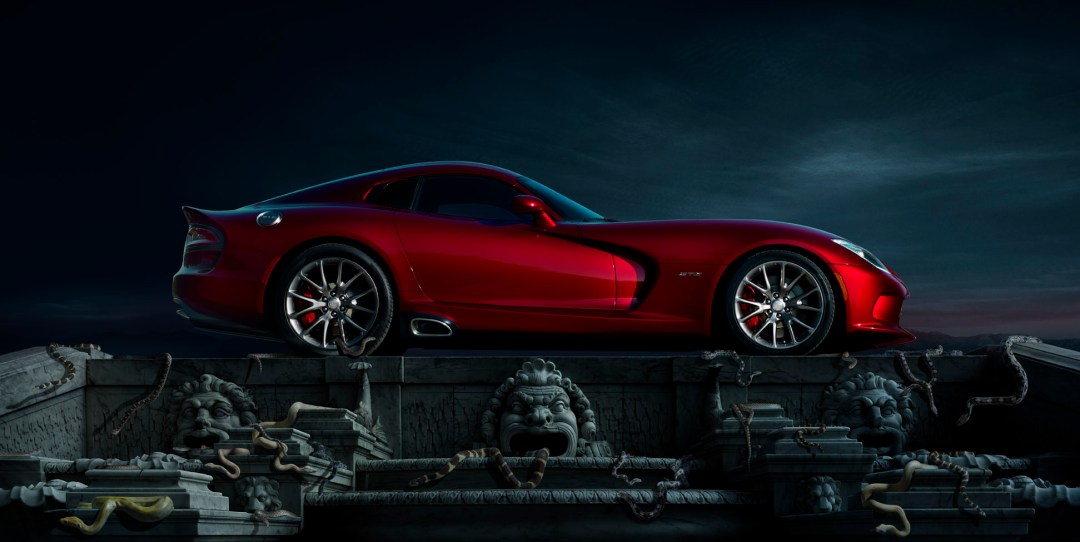 What are you working on now?
Some Viper and Jeep samples, a series on significant Detroit architecture, Chevrolet and some misc architecture

What’s next for you?
More of the same hopefully, I’m lucky to still be working as much as I do. Perhaps I’ll be able to expand my interests into motion, I’ve had a few conversations lately on that subject. 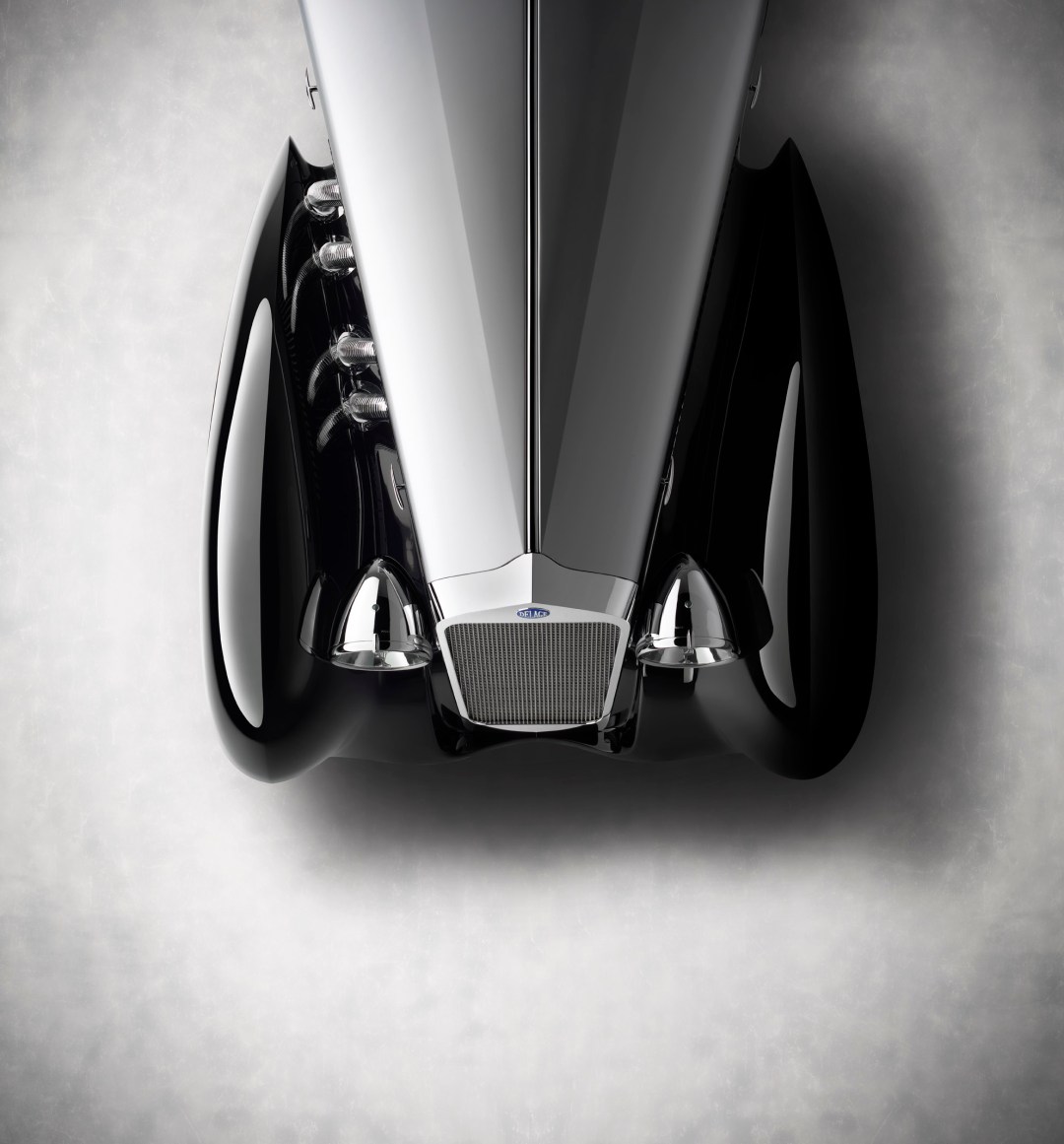 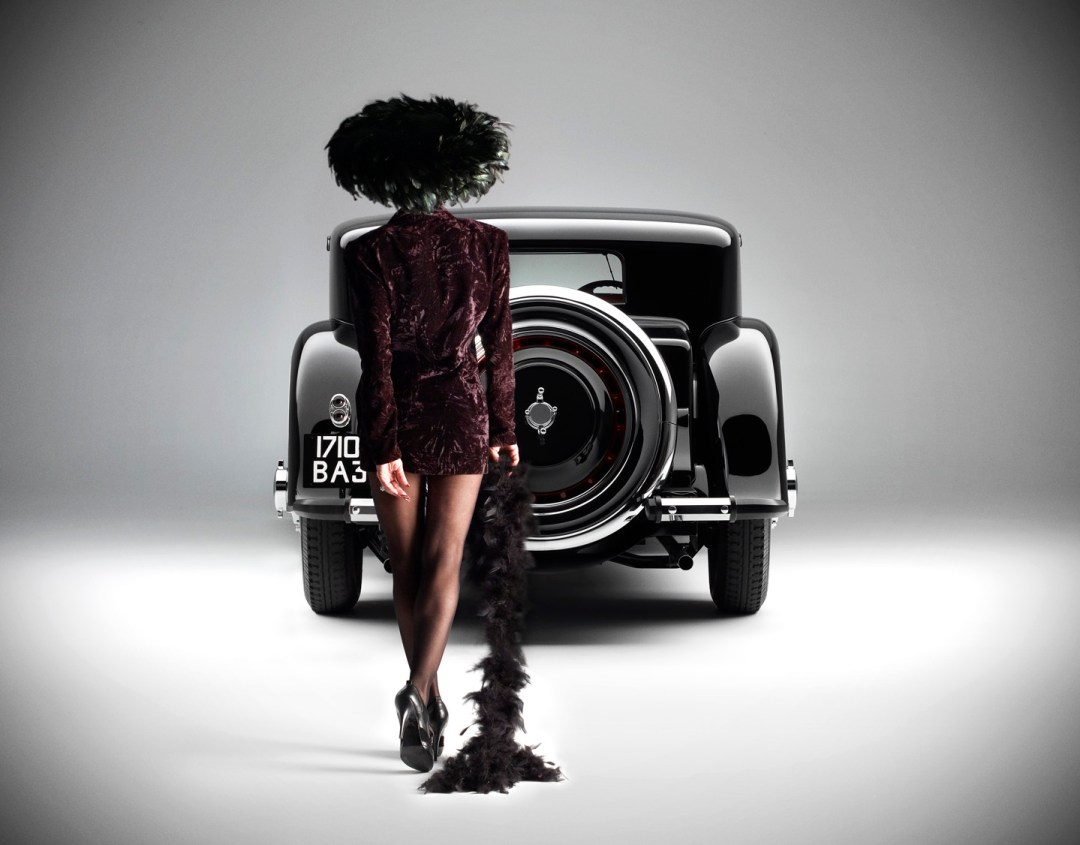