Craig Lynn is a seasoned photographer with a love of motor racing and motorcycles. Speaking of motorcycles, he’s had the pleasure of riding with another bike fanatic – a somewhat obscure singer from New Jersey who simply goes by Bruce (or “The Boss”) in some corners of the world. 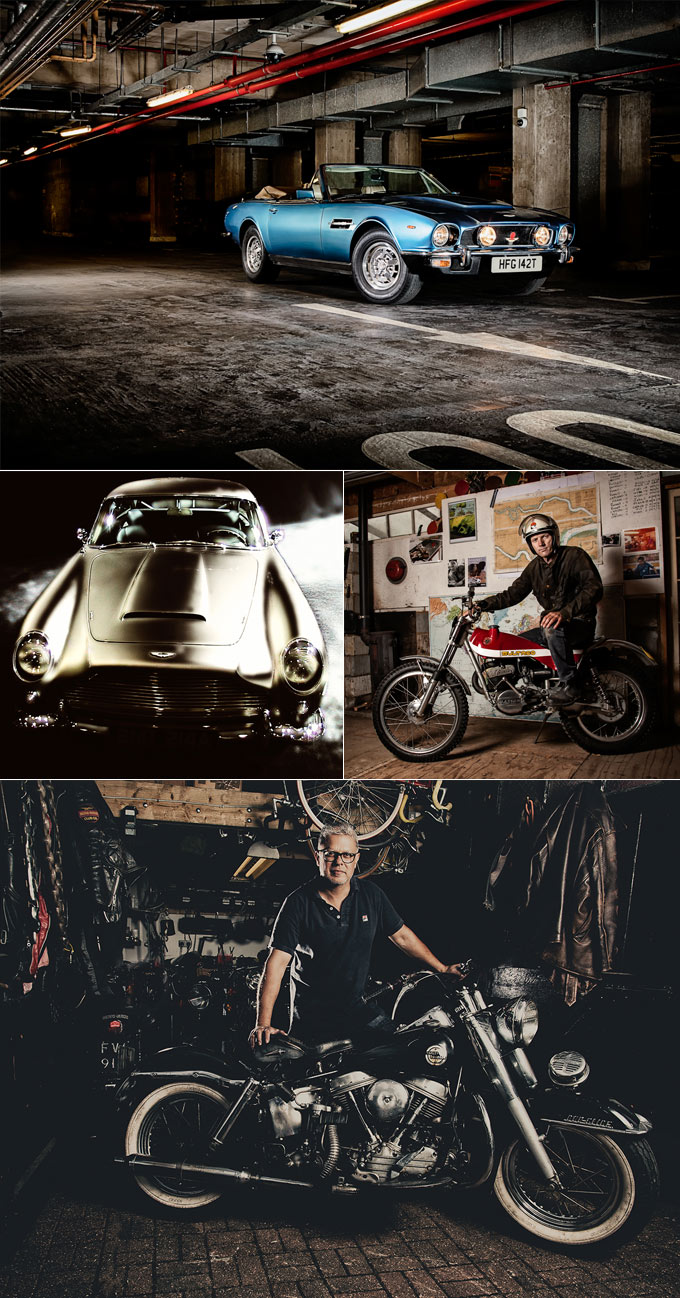 From Craig: I’m in my early 50’s. I live in London. I was an actor when i was very young, lived in NYC in the early 80’s, lived for a spell in Tokyo, then moved to Los Angeles in 1985 for 10 years. I did some acting but also Art Directed some commercials and Music Videos. I also represented a good friend of mine who is an artist, sculptor, furniture designer, Mark Brazier-Jones. Towards the end of my time there I started to get some photography jobs.

“My father was a director so there were always viewfinders around the house growing up and round his neck! I was interested in my late teens and really took an interest when I was going out with a fantastic girl who I really wanted to photograph and make her look great.”
– craig lynn 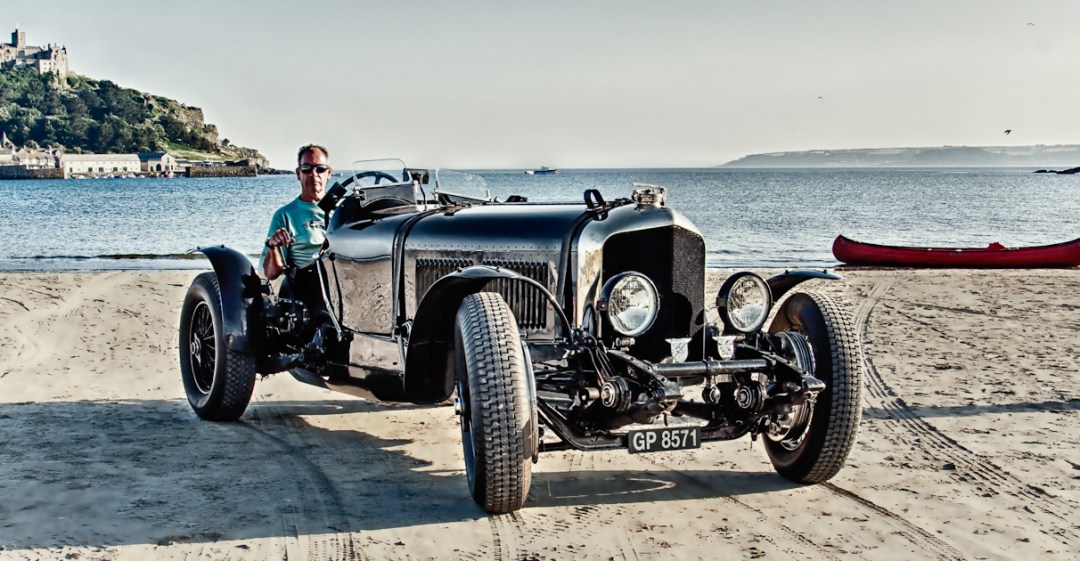 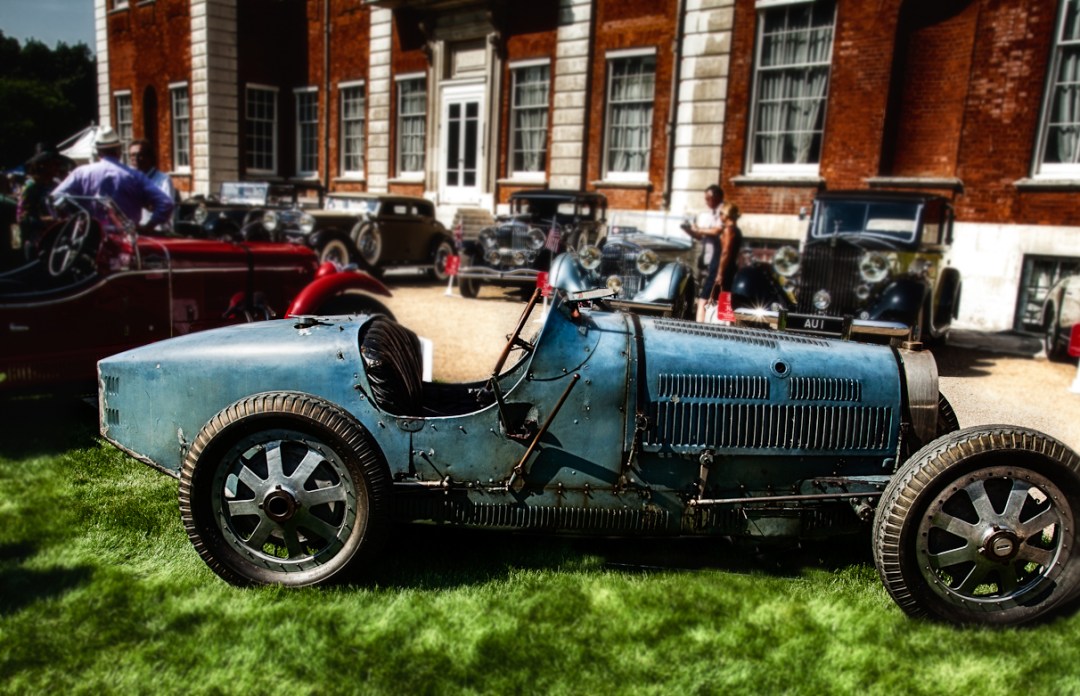 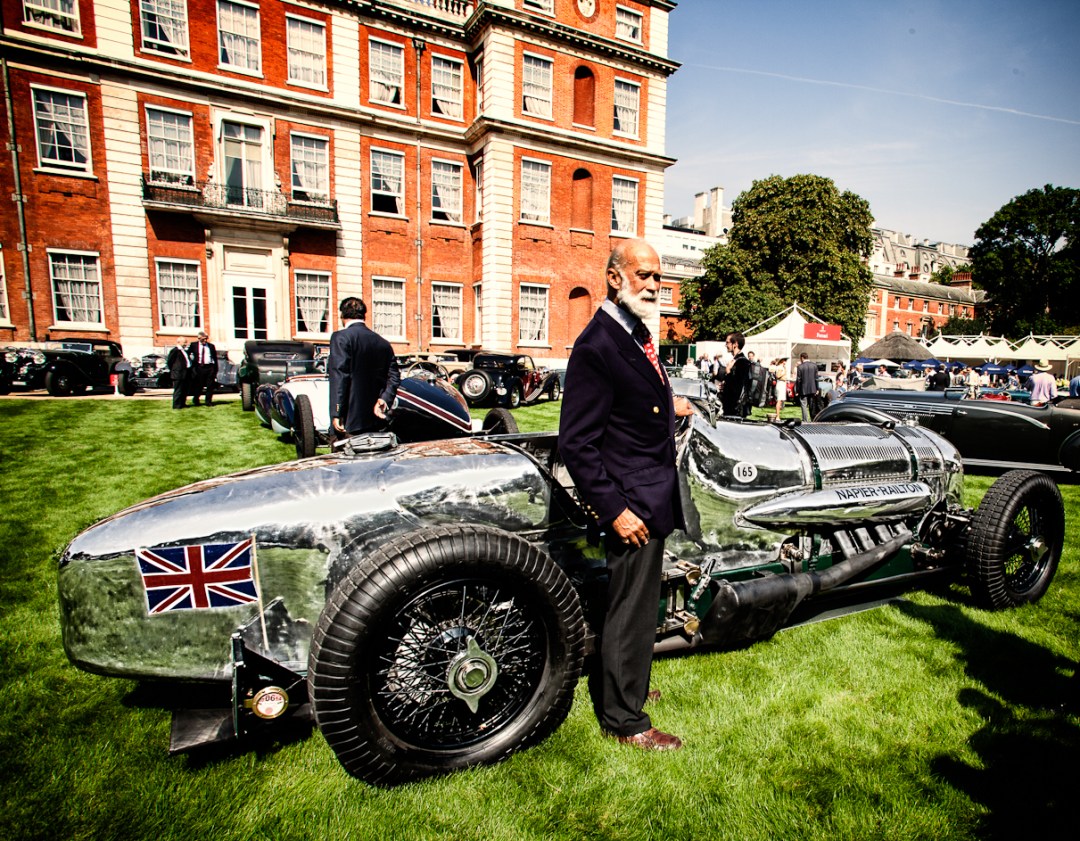 When sizing up a subject or shot, what’s the first thing you focus on?
Something has to resonate or have a relevance to me.

Capturing that perfect slice of time – how do you know where you need to be for a shot?
It depends on what sort of photography hat I have on. If I am traveling I find it very instinctive, I get a rapport started with the people who live there, I normally break the ice with some funny sign language or joke…silly dances are always a good bet. 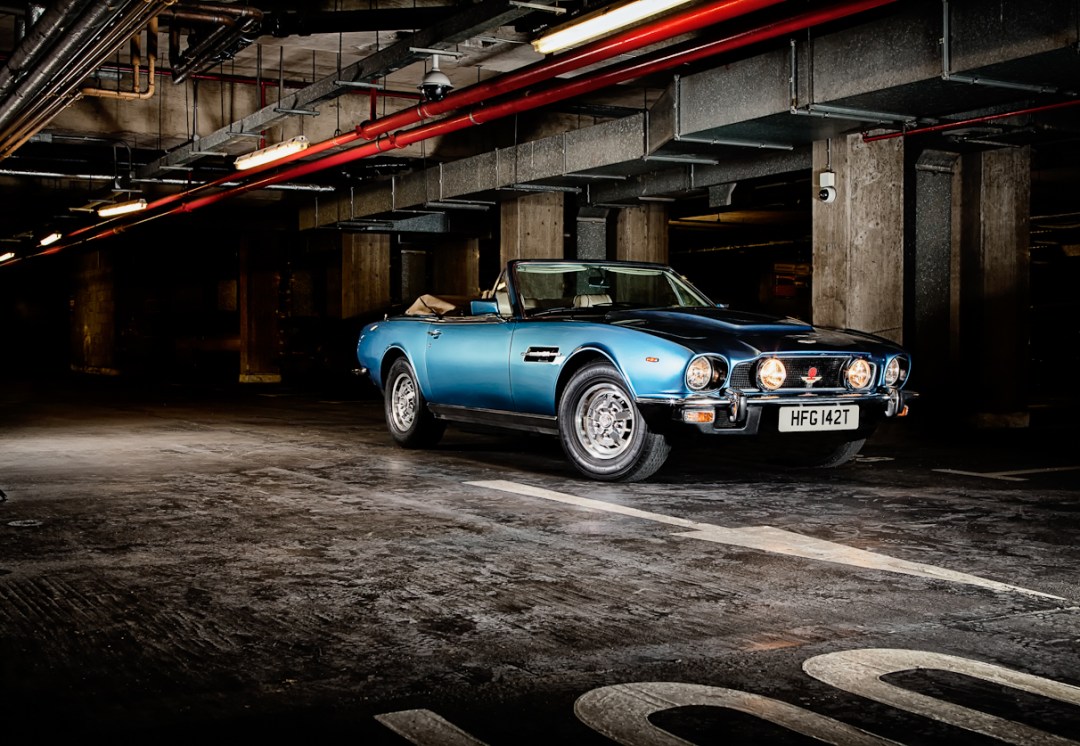 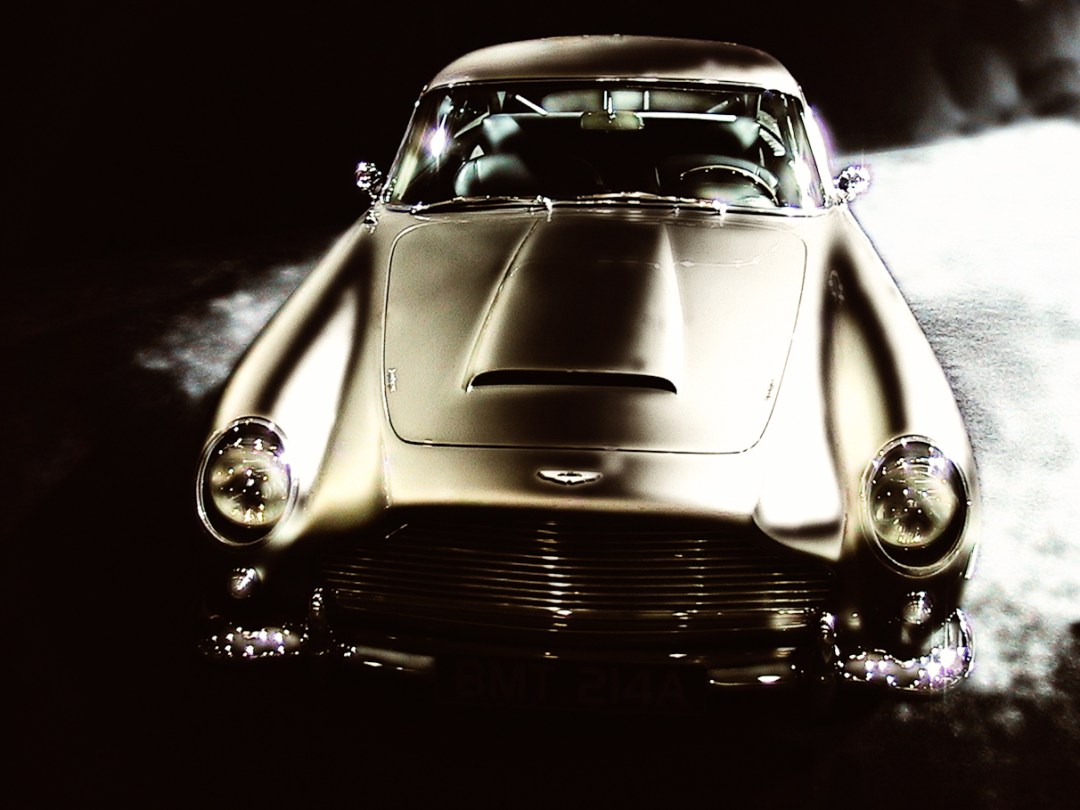 How have you evolved as a photographer?
I began without really knowing how things would turn out, not knowing what would happen in the darkroom, I can now pre-visualize a shot as I take it. I now use Photoshop exclusively, no more darkroom or chemicals for me, but I have kept the experimental side of things going by “playing around” in Photoshop without following any rules or classes.

Best piece of advice you ever received about photography?
I’m not sure I always follow it but an editor at a photographic book publisher said “only show your best work” 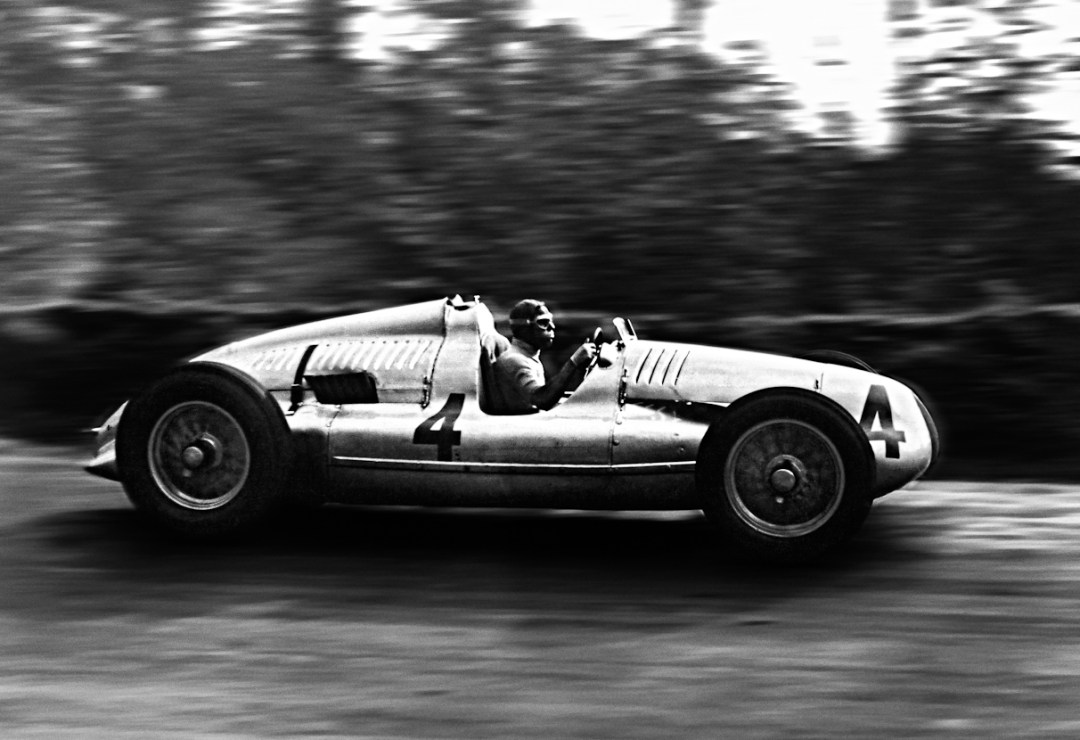 Your dad, as a 20-year-old, took a photograph of legendary Italian race car driver Tazio Nuvolari. Did he ever recount to you how that photo came about?
He did say that he used to go to motor races when he was young and took photographs, but he didn’t specifically mention that race or Tazio Nuvolari. It wasn’t until after he died and then my mother died that I came across some prints and the negatives. I was very excited to discover them and restored the negative. He used to talk about seeing Stirling Moss.

I’m guessing his love of motor racing was passed down to you?
Yes, we used to watch Formula One together and fill out the wall charts with results, points and standings. I still watch F1 and Moto GP is very exciting, more like F1 used to be back in the day. Another connection is that a good friend of mine James Gay-Rees produced the incredible film Senna. 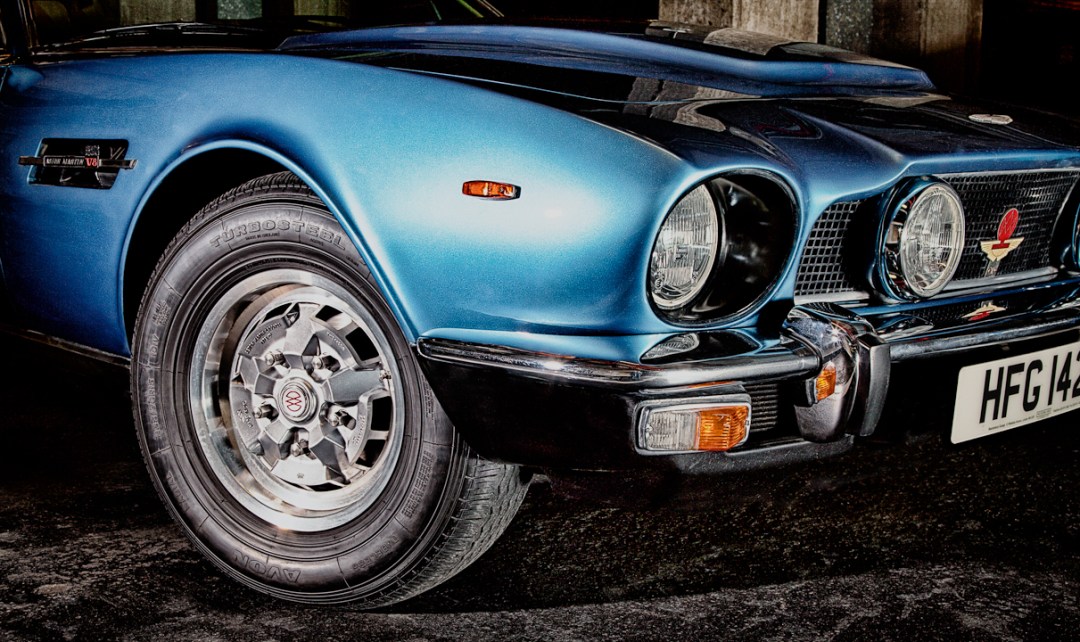 Your father directed and produced films. How did that influence you?
Well, I loved going to the studios with him. There was always a great camaraderie on set, like a special family. My father was charming and funny and thought it was important to have a “happy” set. In my working life as a photographer I have always adhered to that idea. I treat everyone involved with respect and try to create a harmonious work environment. It also got me interested in acting and cameras. 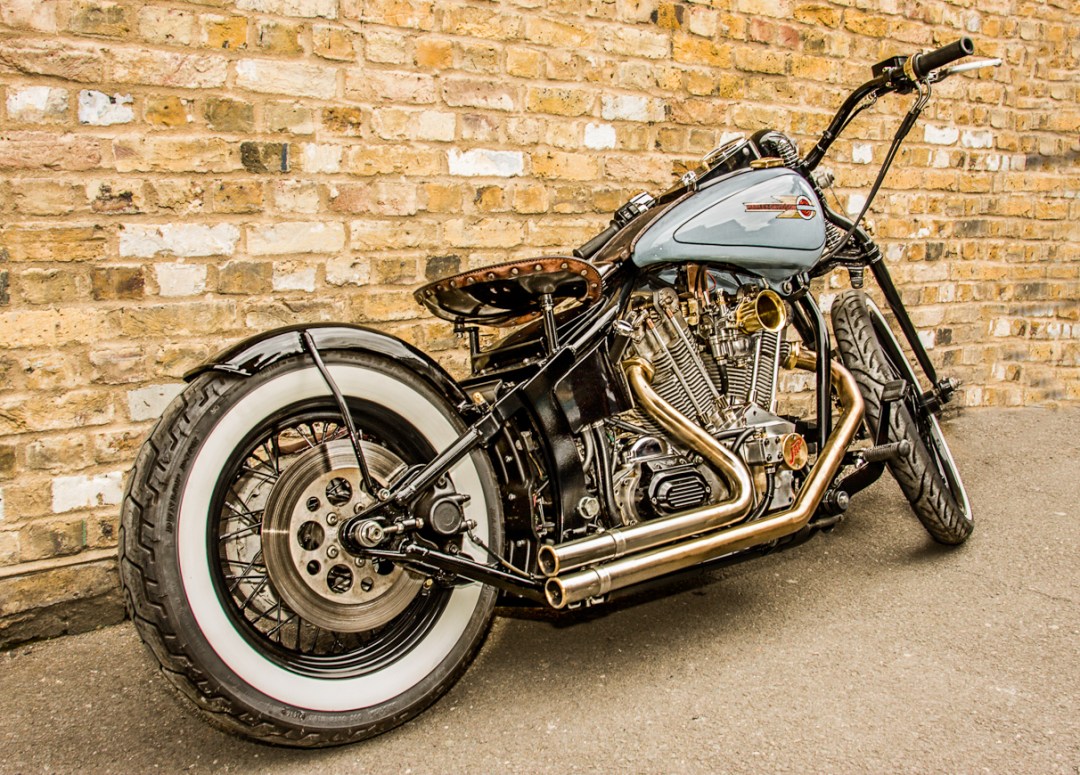 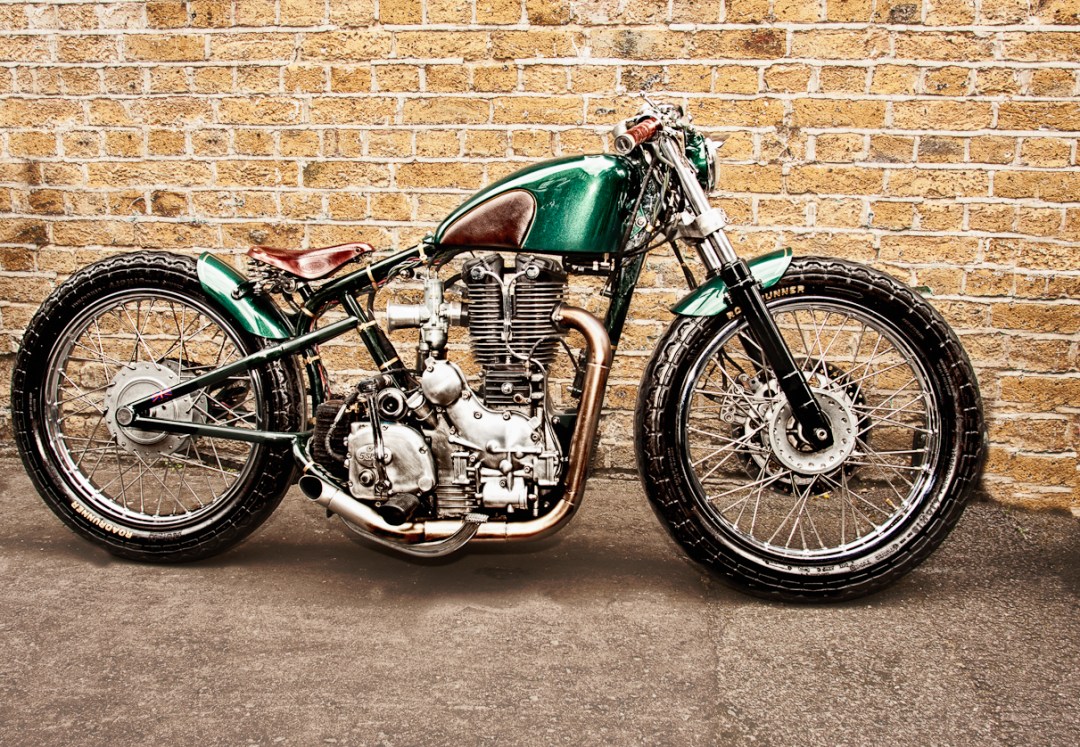 From your experience, have your best shots come from perfect planning or accidents?
A complete mix, some well-planned studio shots have turned out fantastically. When I lived in L.A. I cooked a roll of film by leaving in on the dashboard of my car in the desert and when I developed it, the transparencies had the most amazing solarization, blues and yellows. One shot was of a Joshua tree and looked otherworldly and spacey like a Star Trek episode. It was completely brilliant for the desert and Joshua trees are weirdly wonderful anyway. I did a show of massive prints of these shots which sold well and got me noticed a bit!

How did the shoot with Bruce Springsteen come about?
A friend of mine worked with Bruce as his tour manager many years ago. We always got along and were living in Los Angeles at the same time. Two years ago I went to stay with my friend and we drove up to see Bruce and his wife Patty in New Jersey. Bruce and I went on a few rides together…I’m a bike fanatic and so is he! We rode down to Asbury Park which is steeped in his Rock and Roll history. Okay, I’m going to hear if I don’t ask, what’s Bruce like, what does he ride, and did anyone recognize him on these ride?
Not to focus too much on that connection, but he is a great guy, laid back and cool. He’s got Harleys, Triumphs, Confederate. Lots of people recognized him when we got off the bikes, people love him, tell him that they’ve seen him 30-40 times, he’s chilled out, friendly, let’s people take pics with him. 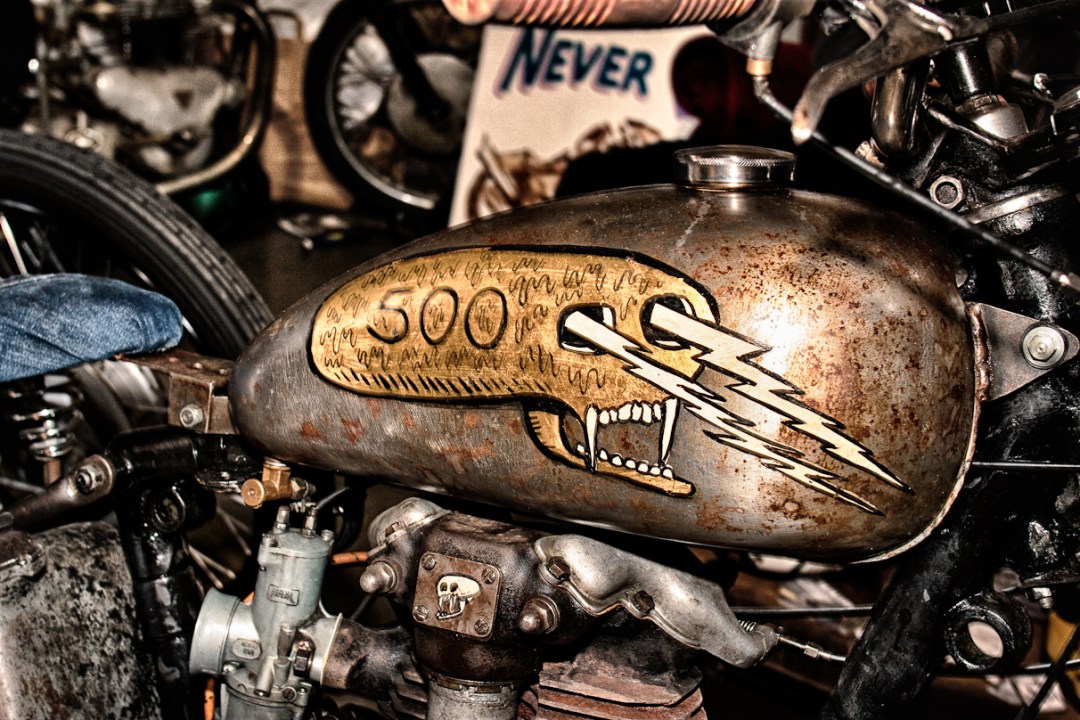 Photographer that has inspired you the most?
Edward Sheriff Curtis, William Eggleston, Erwin Blumenfeld. 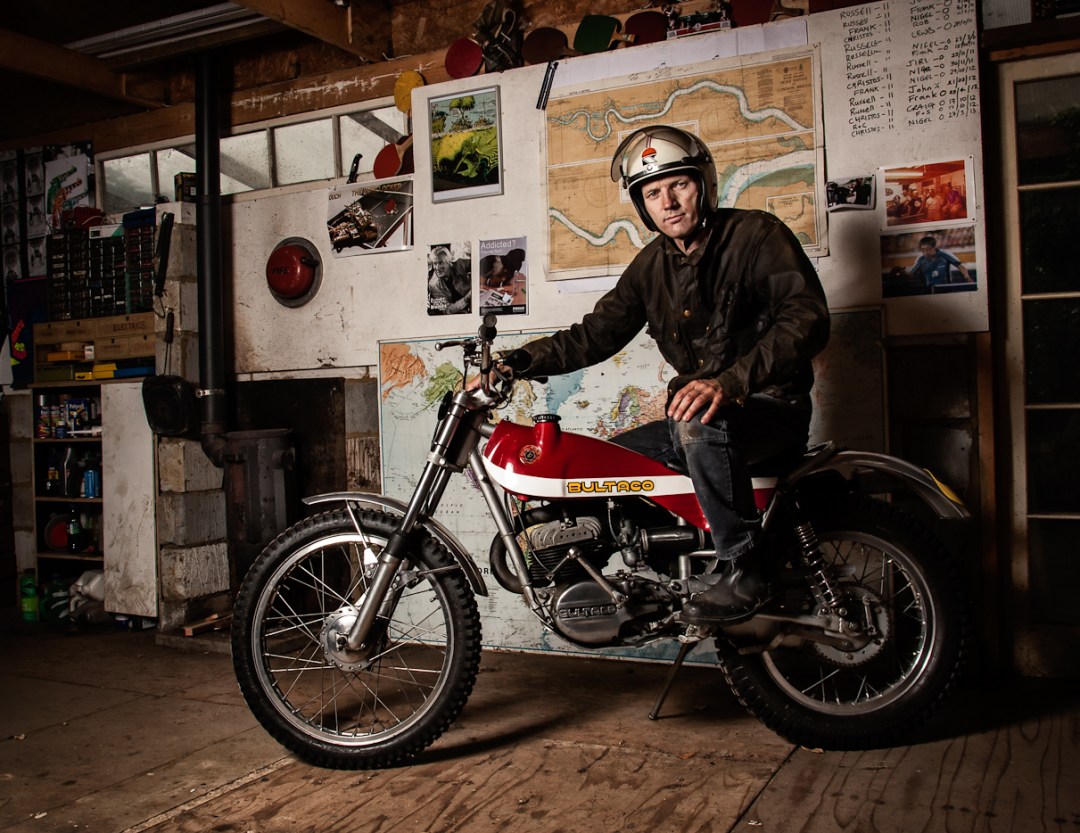 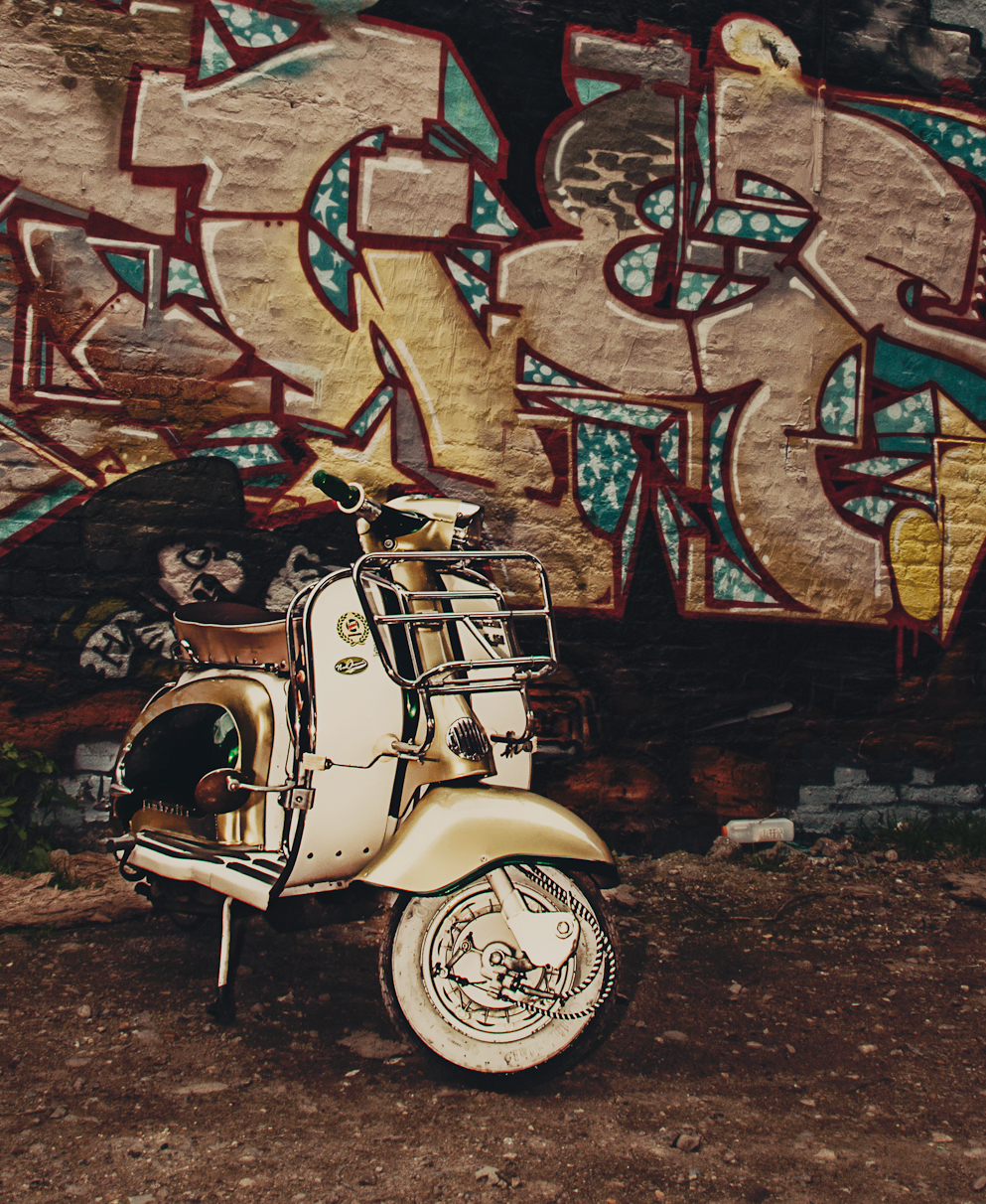 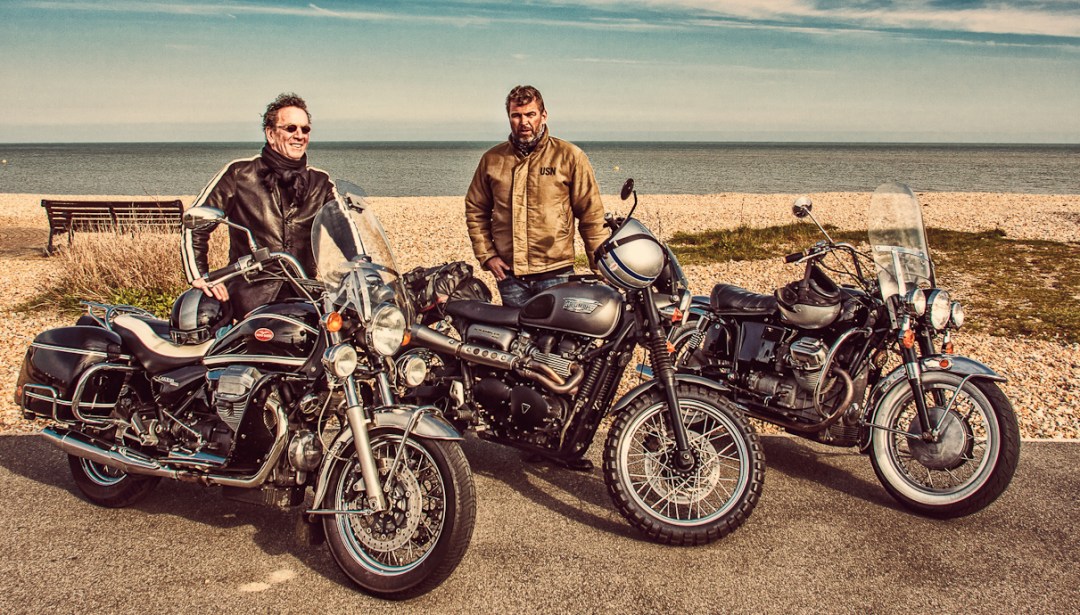 What has photography taught you?
That there is something interesting in everyone and every situation if you stay open.

What are you working on now?
My project at the moment is She Gave Me Gasoline. It is a project to take portraits of people with their cars, motorbikes and other toys. 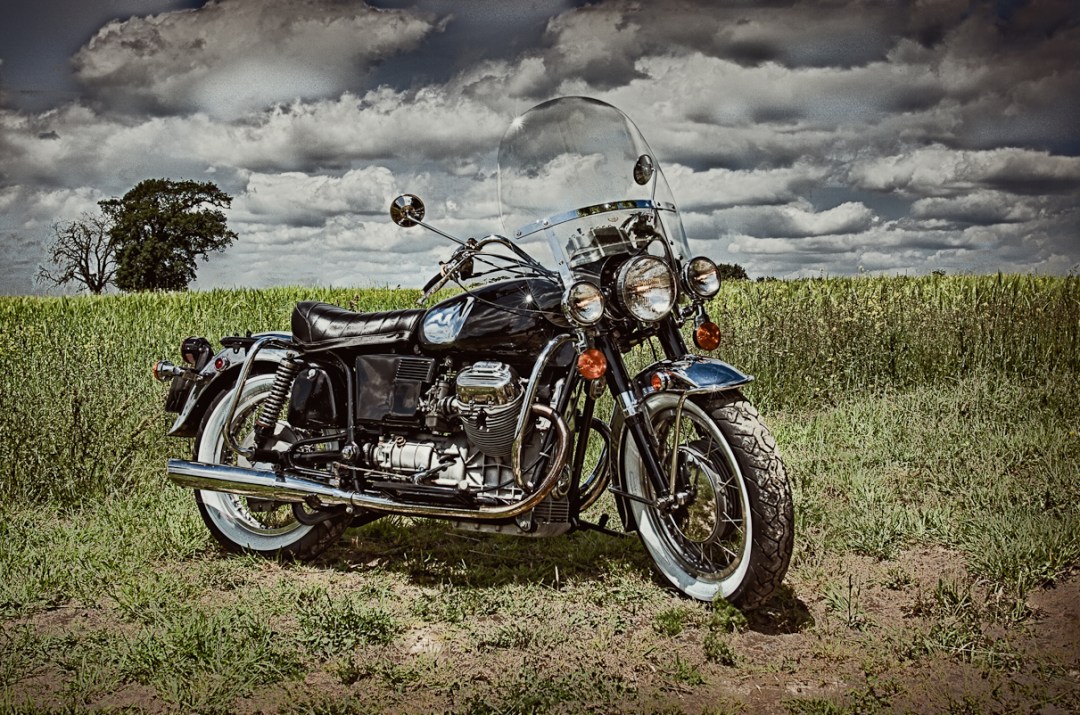 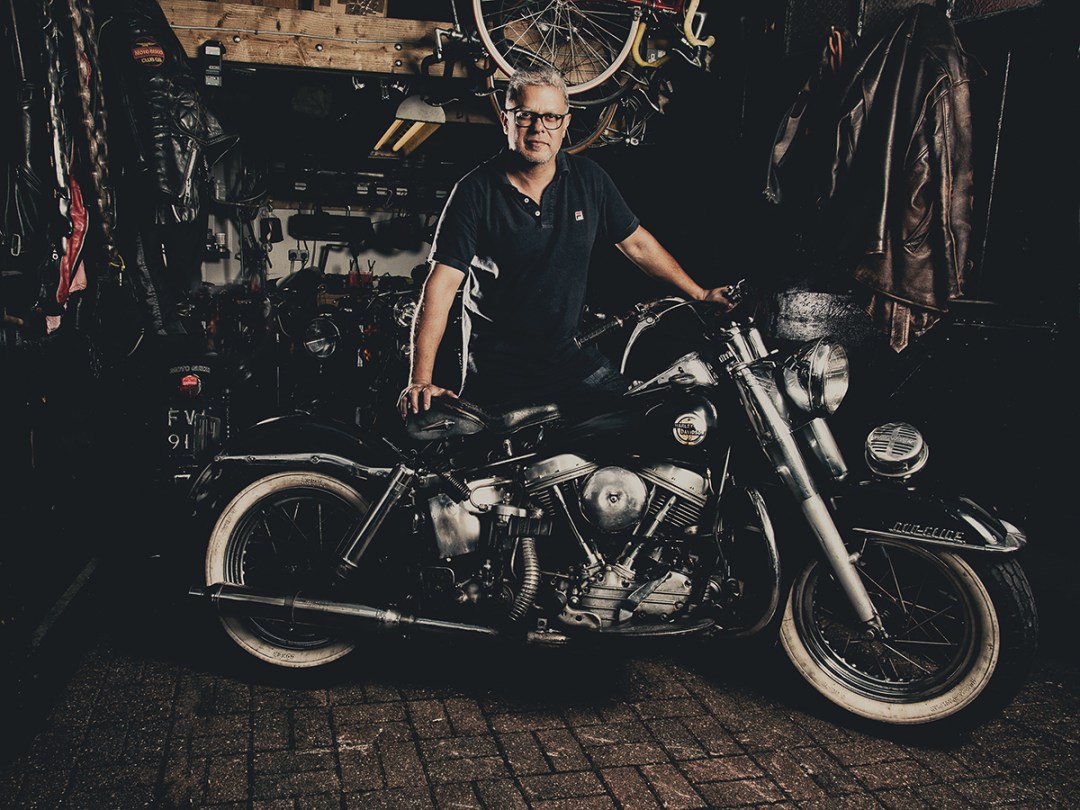