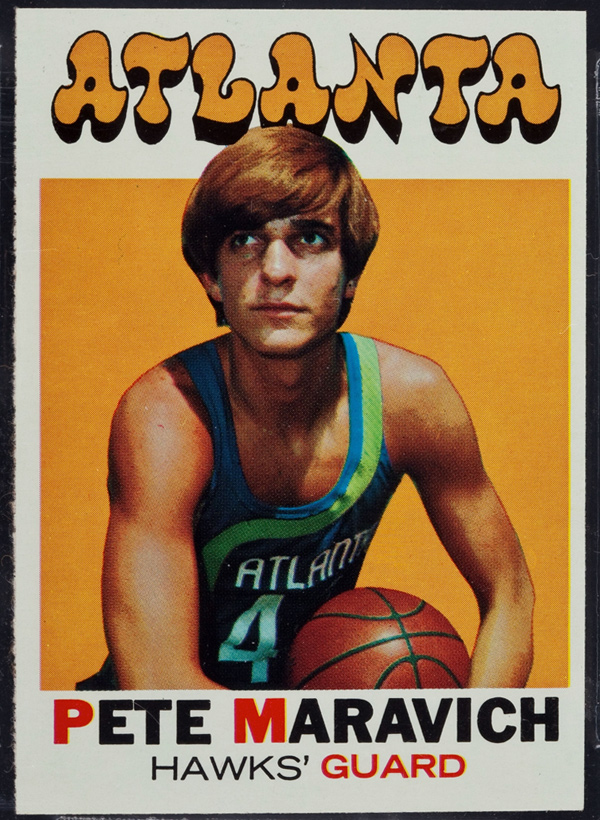 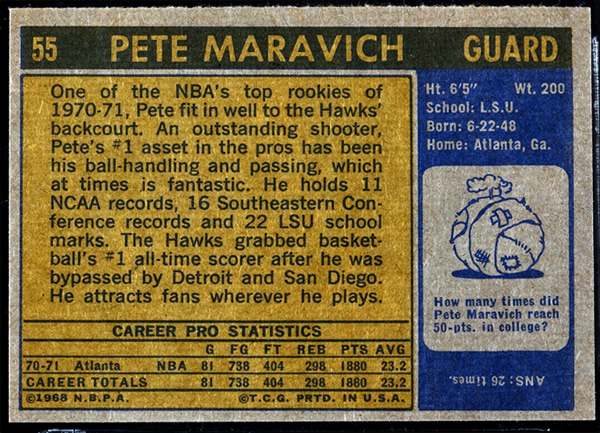 Someone needs to make a large poster of this Topp’s trading card. It’s like a found Warhol.

Can you believe the answer to the quiz, “How many times did Pete Maravich reach 50-points in college?”

Pistol Pete was a basketball savant. Imagine the ball handling and passing of Steve Nash, crossed with the offensive power and court vision of Larry Bird. (Pete played his last season with Larry Bird and the Celtics.)

He is still the all-time leading NCAA Division I scorer with 3,667 points scored and an average of 44.2 points per game. Incredible since this was before there was a 3-point line in NCAA, and because he played just three seasons for LSU. (Freshman, at the time, were not allowed to play varsity ball.)

Video: Feb 25, 1977 – Pistol Pete scores 68 against the New York Knicks. That’s two years before the three-point shot was adopted by the NBA.