I don’t know when these cowpokes came into town. But I like what they’ve done with the place. 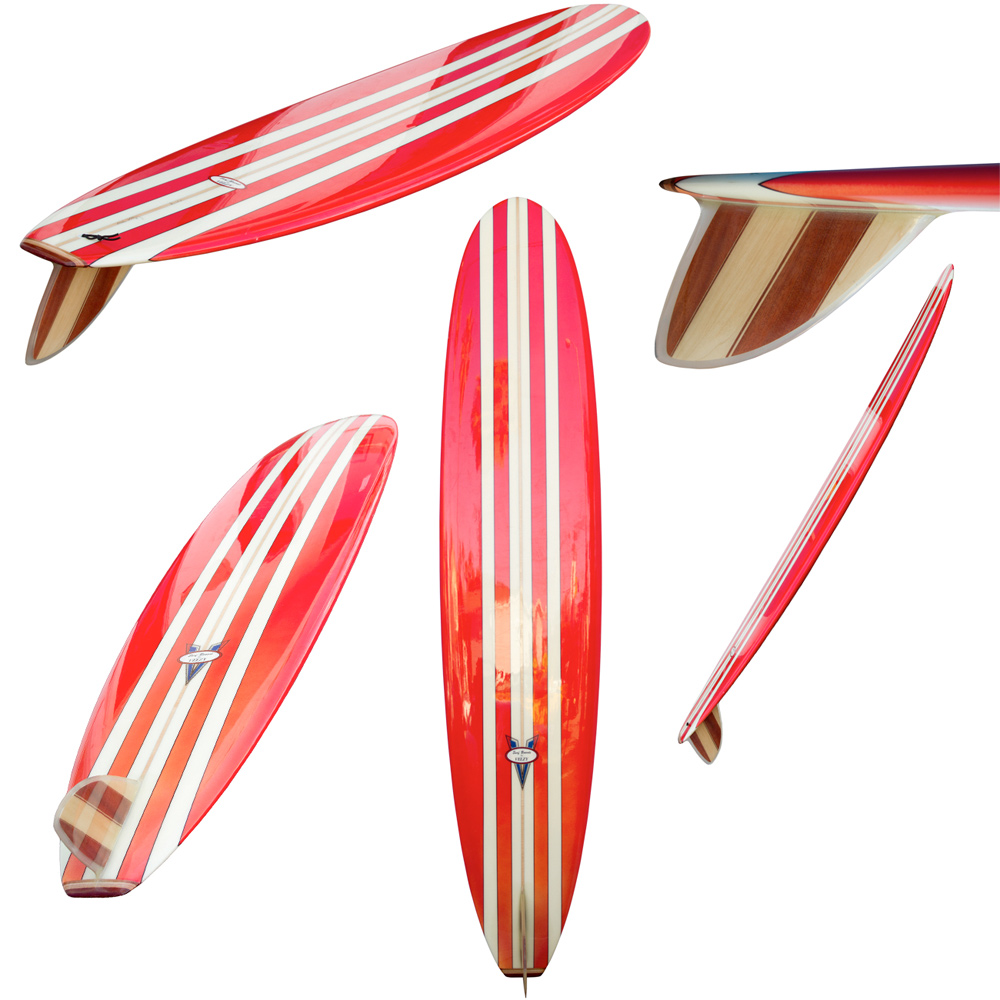 “Dale Velzy, ‘The Hawk,’ was surfing’s first commercial surfboard shaper. Before that, though, he built boards alongside the likes of legendaries Bob Simmons and Abel Gomes as well as peers like Joe Quigg and Matt Kivlin. Before that, starting out in the 1930s, the Hawk surfed with the best riders of the Manhattan, Hermosa and Palos Verdes Surf Clubs.”
– malcolm gault-williams 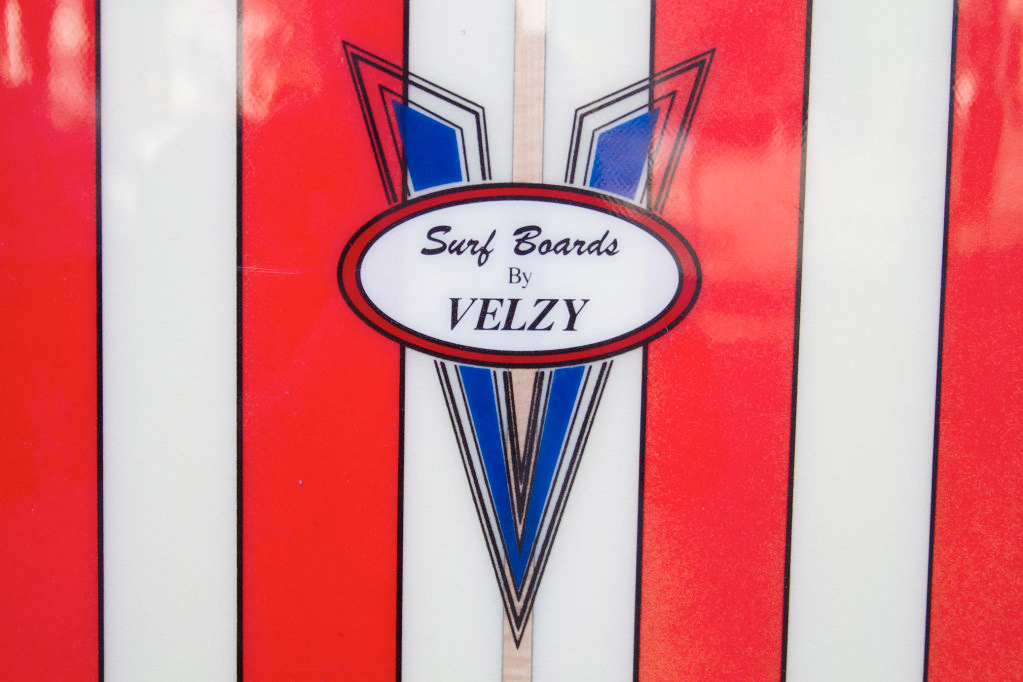 About the Dale Velzy Classic Longboard:
Beautiful original Velzy, classic 1960s design but made in the 1980s using lighter fiberglass cloth and resin. The D fin is a balsa redwood laminate that is glassed in. The lightness makes this a rare blend of wall hanger and highly rideable craft. This board was shaped by Dale Velzy himself and has his signature in the stringer. It is a joy to have a board shaped by such a master. At 9′ 4″ it displays wonderfully, the colors are bright vibrant, the fin stunning and it has great logos on both sides. The board has some pressure dings but was very well looked after by its original owner.

The deck has bright red stripes with clear center, wood nose and tail blocks and a single half inch balsa stringer. There is a Velzy decal on deck and bottom with clear vivid color. The leash plug is original. Dale Velzy: Surfboard Designer, Cowboy, Entrepreneur, credited as opening the first surf-shop ever in Manhattan beach CA. Velzy invented “the pig” shape with a much wider rear allowing for easier turning. Velzy was the inspiration for the Big Wednesday character “Bear” and had a Hawaiian surf spot named after him called “Velzyland.