All I gotta say, they’re growing them bigger on the farm nowadays. 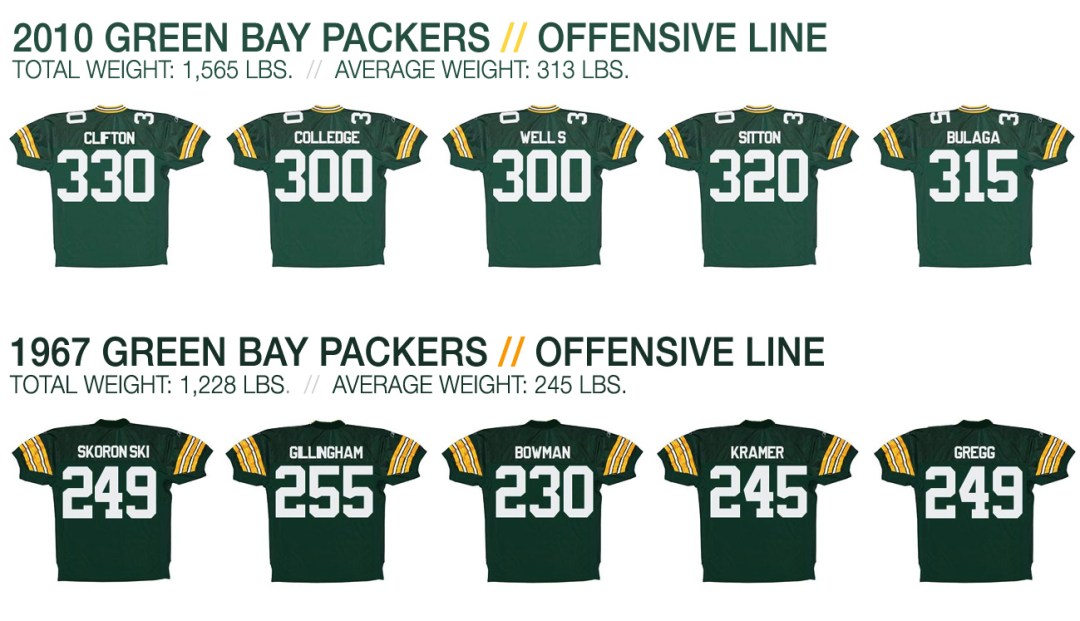 The seed: how large are the big men in the NFL compared to say their 60’s brethren? Of course there’s no doubt that football players are stronger, faster and bigger nowadays. But how do you make this comparison standout? 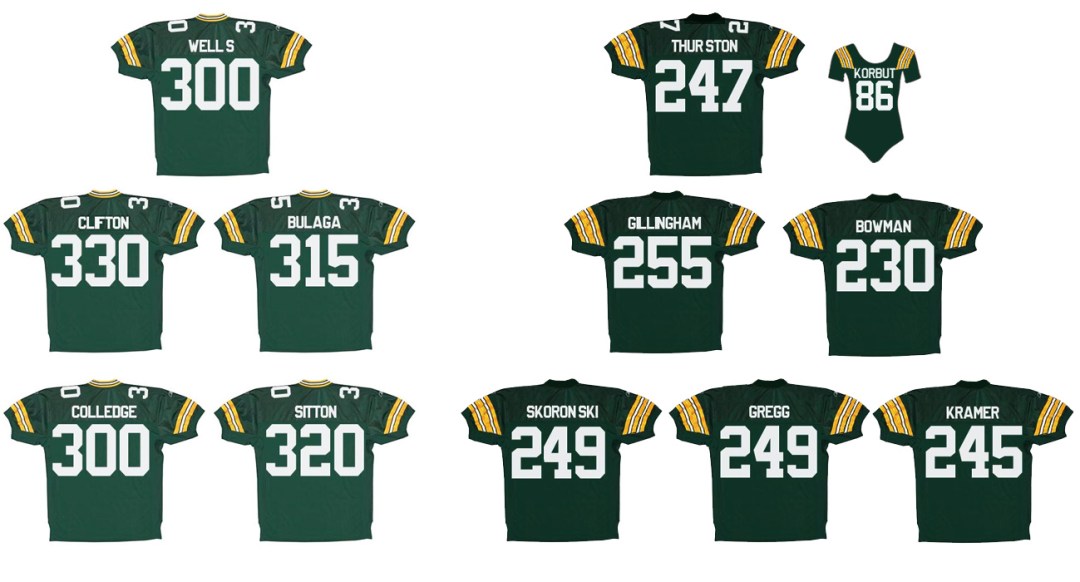 So, even if the 1967 Packers invited reserve guard Fuzzy Thurston (at 247 lbs.) to a mass weigh-in for some load balancing here – the 2010 Packers’ line would still outweigh the ’67 model by an Olga Korbut…or 90 pounds.1

The heaviest 2010 Packers’ offensive lineman (Chad Clifton) weighs 330 pounds. The heaviest player (Gale Gillingham) from the ’67 Packer’s line weighed 255 pounds. That’s a 75 pound difference between the heaviest players from both eras. Gale Gillingham would need to gain close to 30% of his body weight to match-up with Chad Clifton’s total weight. (For weight-gain, I highly recommend a steady diet of these bad-boys).

I’m guessing, but I would say that in today’s NFL, there’s not a sub 280 pound starting offensive lineman (center, guard and tackle) in the entire league.

I haven’t checked both teams heights, but I’m interested in seeing if the ’10 Packers tower over the the ’67 lineman. Taller, but not by much is what I’m guessing.
Update: 2010 Packers average 6’4″. The 1967 Packers linemen average around 6’3″. Just as I thought – the 2010 Packers were packing some major mid-drift.

Also, I hope I can get Olga Korbut a supporting role here. Update: Olga nailed her audition.

1 Just checked, Olga Korbut’s fighting weight is 86 lbs. I knew my years as a carnie would pay-off sooner or later.