Takeshi Fukunaga, the director of this documentary, talks in depth about Korehira Watanabe and what he learned from making this film about a man who has dedicated his entire life to become a master sword maker. 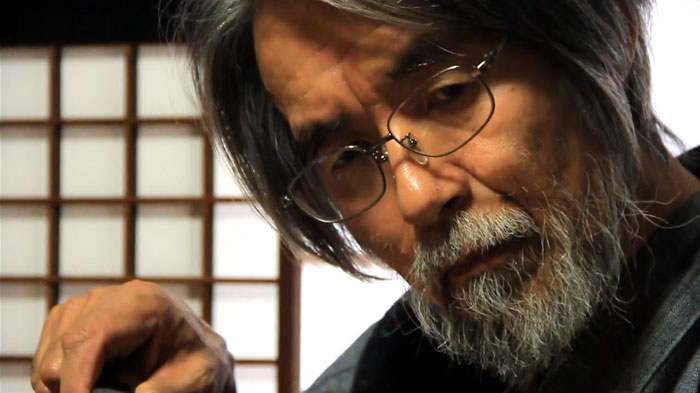 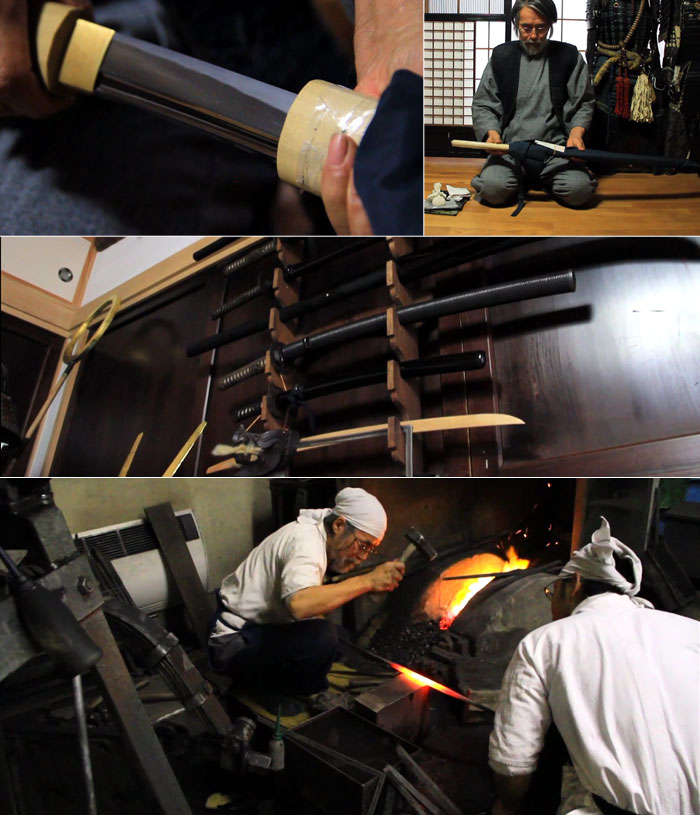 “It’s impossible to recreate the sword…and while I’ve been trying to recreate it for 40 years, it’s only in the past five years that I’ve finally succeeded in making a few similar to Koto.”
– korehira watanabe

What’s your background and how did you become a filmmaker?
I grew up in Date City, Hokkaido, Japan where I shot the documentary and came to U.S. right before I turned 21. While I was attending a community college in Minnesota and taking some photography classes, I finally made up my mind to pursue my dream to be a filmmaker. Up until then, I hadn’t seen it as a realistic choice, but coming here and seeing people from all over the world doing their things really encouraged me to just do what I love.

How did you meet Mr. Watanabe? What’s he like?
Mr. Watanabe is an old friend of my father, so I’ve known him since I was little. As you see in the video, he is a very passionate and genuine Japanese person, genuine in a way that he has a great understanding of Japanese culture and history and is living in a such manner that not many Japanese people are applying to their own any more in this day and age. For example, the clothes he is wearing on the interview and when he cleans his sword is what he wears on a daily basis while most of the people are wearing jeans and sweaters.

How much time did you spend at Mr. Watanabe’s studio? What’s it like in there?
I kept visiting his studio for three days. It was about only 3 hours of shooting each day because he was busy preparing for an exhibition. The place was filled with many tools that he’s been using for a long time and covered with coal-ashes. The smelter gets about 800 Celsius and warms up the whole room. The studio I shot in is in the visitor center of the city as part of the city’s specialties. He works there most of the time, but also has his own studio where he has been using ever since he finished training under his master.

What was the biggest challenge in making this film?
The biggest challenge was in the editing phase where I had so many great stories from him, but had to pick the right ones to be able to tell his life story in 4 minutes. For example, I had him explaining what his aesthetic is about and when he first saw a real sword when he was a child. Those were also amazing stories and I tried to put them in, but it rather got confusing and I later figured out that staying with the “carrying on tradition” theme is more important and fascinating. I couldn’t have done it without a help from Etsy’s producer, Beth Levison.

What has been people’s reaction to this film? (It’s the most popular story on MegaDeluxe right now.}
It’s been amazing. It brew up in U.S., then in Japan, and now has over 700,000 views on Vimeo and YouTube combined from all over the world. I’m really happy that I could help telling his incredible life story to the world through this video. This is so far the most grateful experience I have through making a film.

It takes about 10 months to make one sword although he works on a couple simultaneously. He attempts about 10 swords, but only succeeds in completing 2 or 3 a year at the level where he’s satisfied. He doesn’t release his sword if he is not happy about its quality.

He’s been doing this for forty years, which in itself is amazing, but it’s only in the last five years that he’s felt he’s succeeded in recreating a Koto. How did that hit you?
It hit me really hard. Like I said, I’ve known him since I was a child, but never knew anything about his life story. Fortunately, my family wasn’t against me when I decided to be a filmmaker, but I had some hard time and it still is difficult sometime, and the only reason I could go through those times and I’m still making film is because the passion I have for filmmaking like he has for sword-making. I can only hope that I’ll keep working hard and be able to reach his level of craftsmanship later in my life.

How long does it take for him to make a single sword?
It takes about 10 months to make one sword although he works on a couple simultaneously. He attempts about 10 swords, but only succeeds in completing 2 or 3 a year at the level where he’s satisfied. He doesn’t release his sword if he is not happy about its quality.

What camera and set-up did you use on this film? Did you edit the film as well?
I shot it with Canon EOS 7D and recorded the interview with zoom H4n. I edited the film as well.

Your favorite documentary of all time?
It’s hard to pick one, but Koyaanisqatsi really gave me a whole new view to the world and showed me how powerful visual with a unique perspective can be.

What’s next for you?
I’m dedicating my next three years to make my first feature. Currently, I’m working on both narrative and documentary feature ideas and also finishing up the short film I produced and which entitled, Themes From a Rosay directed by Donari Braxton whom I’ve been very happy to collaborate with. Please check back on the website for its update. 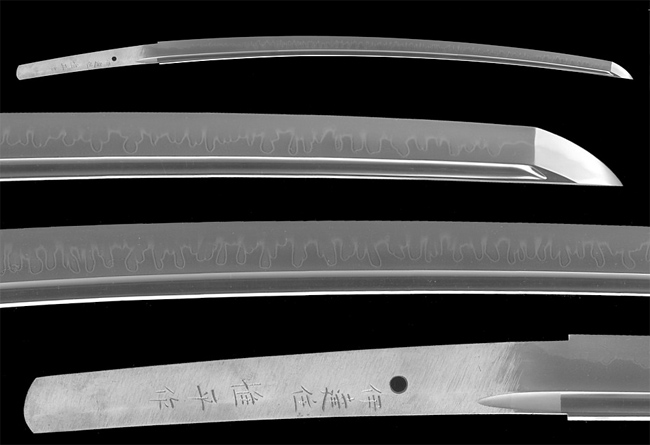 Film sponsored by Etsy – directed By Takeshi Fukunaga:
Korehira Watanabe is one of the last remaining Japanese swordsmiths. He has spent 40 years honing his craft in an attempt to recreate Koto, a type of sword that dates back to the Heian and Kamakura periods (794-1333 AD). No documents remain to provide context for Watanabe’s quest, but he believes he has come close to creating a replica of this mythical samurai sword.