Sasha DiGiulian on how climbing is a mind-driven sport, what it’s given back to her, and how she felt after becoming the first woman to climb a grade 9a. 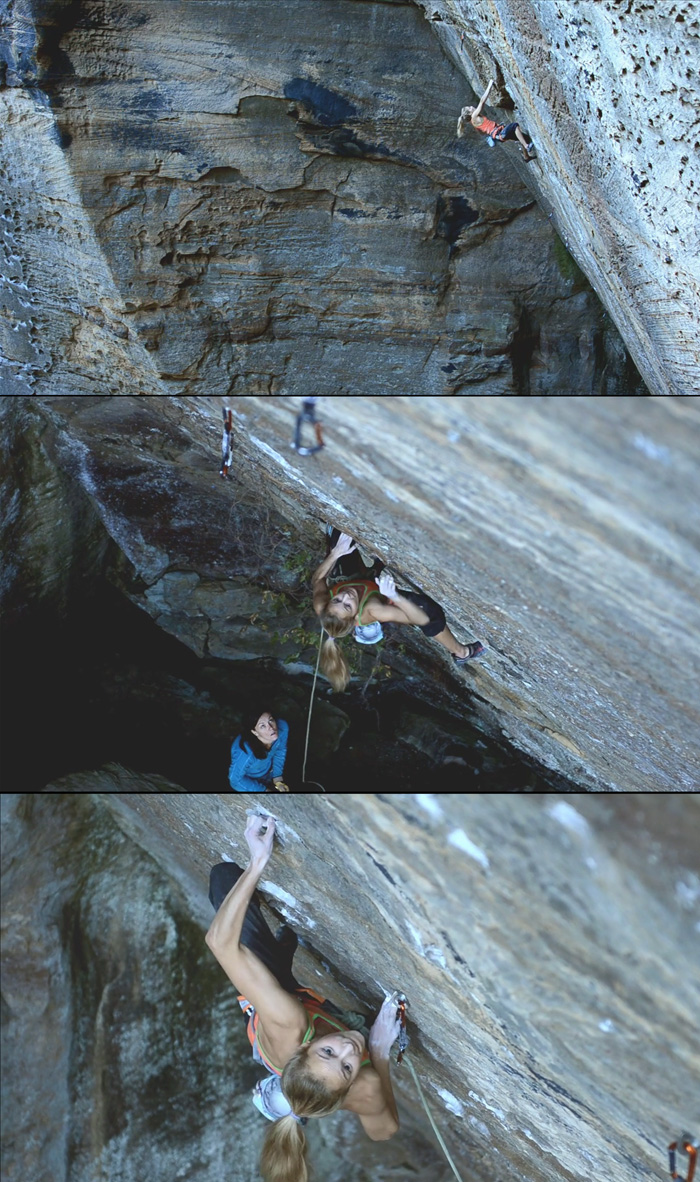 “I’ve been climbing, going on ten years, since I was seven, and I’ve never seen life as I can remember without climbing involved.”

Sasha, can you tell us a little about yourself?
I am 19 years old and I have been climbing for 12 years. I began climbing when I was 7 years old after my first introduction to climbing at my brother’s birthday party at a local climbing gym.

You’re an all-around athlete, how does that help you in climbing?
Climbing requires a lot of general fitness and in order to stay in shape, I cross train by running 6-8 miles about 5 days a week to maintain stamina.

Have you ever been injured while climbing?
Plenty of times, but so far, knock on wood, nothing too serious. I did break my L4 vertebrate 3 years ago though…

Breaking your vertebrate is nothing serious? How did you break your not too serious vertebrate?
I fell and cracked it on a rock when I was bouldering without a crash pad in the proper fall spot.

What do the best climbers have in common? What sets apart a good climber from a gifted climber?
I think a good climber has the potential to be a “gifted” or “great” climber if they keep an open mind and do not mentally limit themselves. Climbing is hugely a mind-driven sport and like most sports, when you believe in yourself, generally you have the capability of striving towards whatever goal you set forth for yourself.

What’s your pre-planning routine before climbing a difficult route?
Before climbing a difficult route I will go up it for the first time just to do each move. I will “take” multiple times and figure out the best sequences. When there are moves that are more difficult, I will try and repeat them so that I can begin developing some muscle-memory for the next time. I will also look for the best foot placements, clipping stances, and rests.

What are your strengths when it come to climbing? Things you need to work on?
My style in climbing generally suits best with crimpers and longer, more endurance-oriented routes. I need to work on powerful movement and big, compression moves in particular.

Can you tell us why you decided that you wanted to climb Pure Imagination?
I was inspired to try this route by Jonathan Siegrist’s (the first ascentionist) video. I thought that the route looked challenging but doable and I wanted it to be my first 9a. I also love climbing at the RRG in Kentucky and I was excited by the idea of making another trip there.

Why is Pure Imagination such a difficult climb?
I guess the combination of variables including the minuscule sizes of the holds, the angle, and the longevity of the route.

You climbed Pure Imagination in mere minutes. How long did you think it was going to take?
It took me 13 minutes to climb Pure Imagination and I did it my 6th try, 3rd day on it – which was faster than anticipated. I thought that it would be a longer term project.

“Climbing is hugely a mind-​driven sport and like most sports, when you believe in yourself, generally you have the capability of striving towards whatever goal you set forth for yourself.”

What was it like when you reached the top of Pure Imagination?
Pure joy.

What other 9a mountain do you want to climb and why?
9a Climb? Wherever I am next and whichever line next inspires me.

From my five-year old daughter, who is the lady who helped you out on Pure Imagination?
The “lady” is my belayer! Sheyna Button.

Anything scare you while you’re up there?
Haha, no.

You postponed Columbia for a year, what do you plan to major in when you get there?
Not sure but I am interested in studying business.

What do you do when you’re not climbing?
I like to hang out with friends, run, read, cook, and shop.

What do you have planned next?
I am right now skiing in Mont Tremblant, Quebec. I am taking a break from climbing and relaxing over the holidays with my family.

You’ve given to climbing, what has climbing given back to you?
A sense of extreme satisfaction and a reason to live a determined, healthy lifestyle.

Anything you’d like to add or say?
Don’t give up on your dreams. 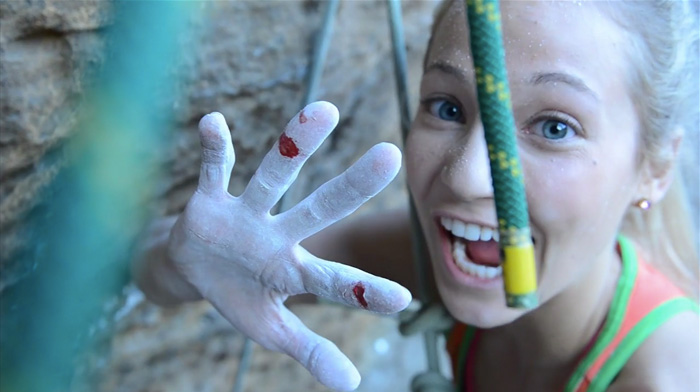