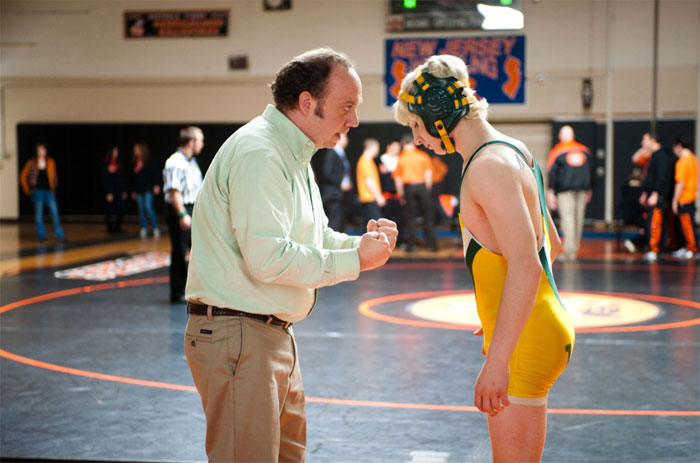 Well, I just saw Win Win, and I now have another go-to wrestling movie. Best line in the movie goes to Bobby Cannavale’s character, “That kid’s got man-strength.” 1

If Paul Giamatti is not the best actor in the world, then I don’t know who is. I can’t name another living actor who could have pulled this character off with the weight and humor that Giamatti pours into this role.

I’m going to talk Mrs. Garcia into watching this movie tonight. Although I’ll probably need to negotiate a movie trade. I hope it’s not Scarface again.

1 Reminds of my five-year-old daughter when she tosses her younger brother around like a rag doll. My girl definitely has man-strength going on.

Vision Quest (1985) was always the wrestling movie to watch. HBO use to play it once a day – or so it seemed like. To this day, it leaves me completely powerless over my remote.