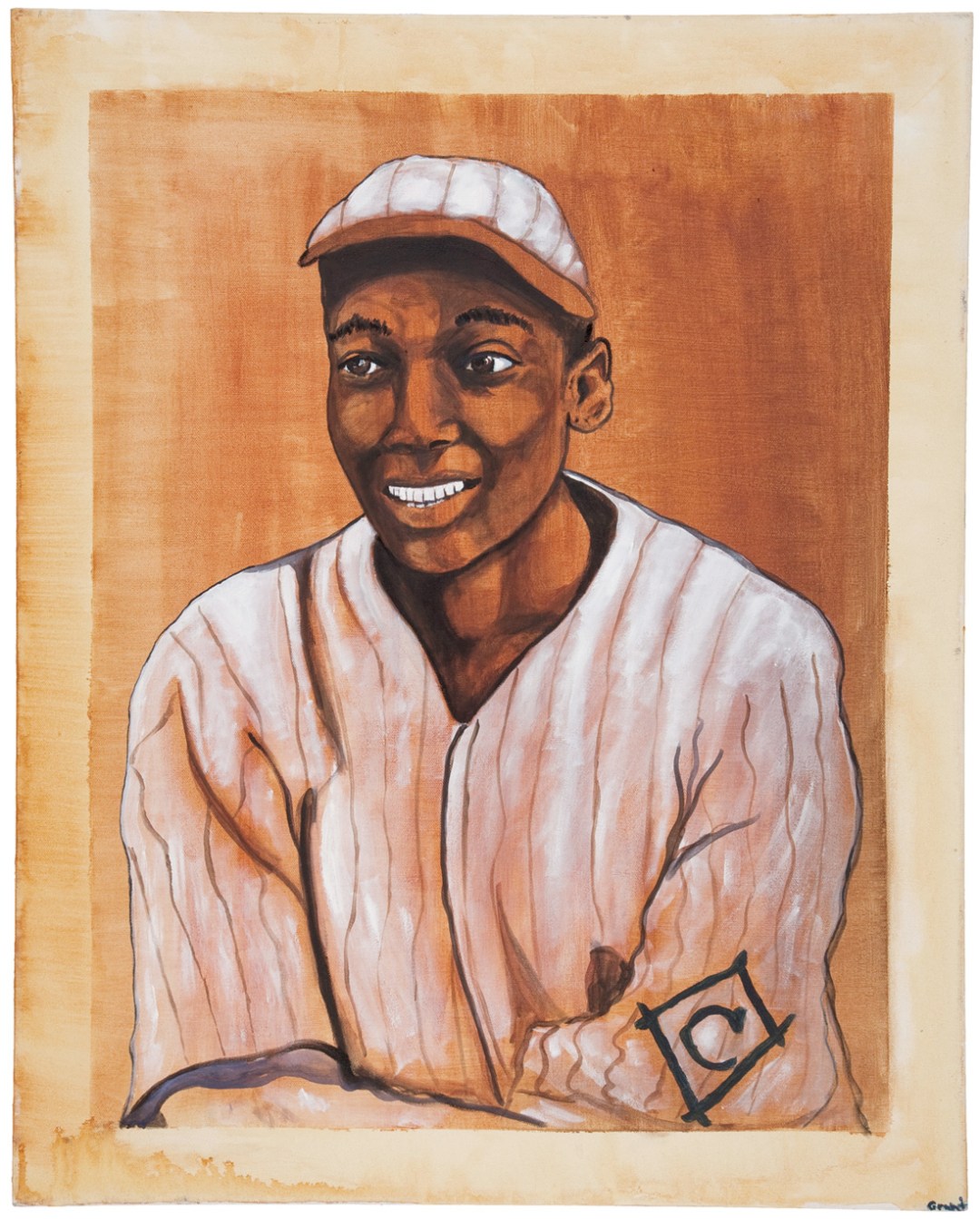 “Cool Papa Bell was so fast he could get out of bed, turn out the lights across the room and be back in bed under the covers before the lights went out.”
– josh gibson

About Cool Papa Bell, and this painting offered by HA Sports:
The stories about Bell’s blazing speed are among the most colorful. Satchel Paige’s favorite, said Bell was so fast he could shut out the lights and get into bed before the room got dark. Bell himself claimed to have stolen 175 bases in 200 games during the 1933 season. He won the 1934 East-West all-star game when he drew a leadoff walk in the eighth inning, then stole second and scored on a weak hit for the only run in a 1-0 victory. Many years later, on 24 October 1948, the 45-year-old Bell scored from first base on a sacrifice bunt in an exhibition game against a major league all-star team.

We offer an original oil painting by artist Grant Smith featuring a famous portrait pose of Bell. Areas of the body are painted with thick layers of paint, and others more transparent an ode to our fading memories of the great players of the Negro Leagues.