Artist Robert Carter’s latest work is the Porsche RSK. He gave me some background on this piece, and sent an update on a Vincent “Pub Sign” that’s coming up for auction next month at Bonhams Quail Lodge Sale next month. 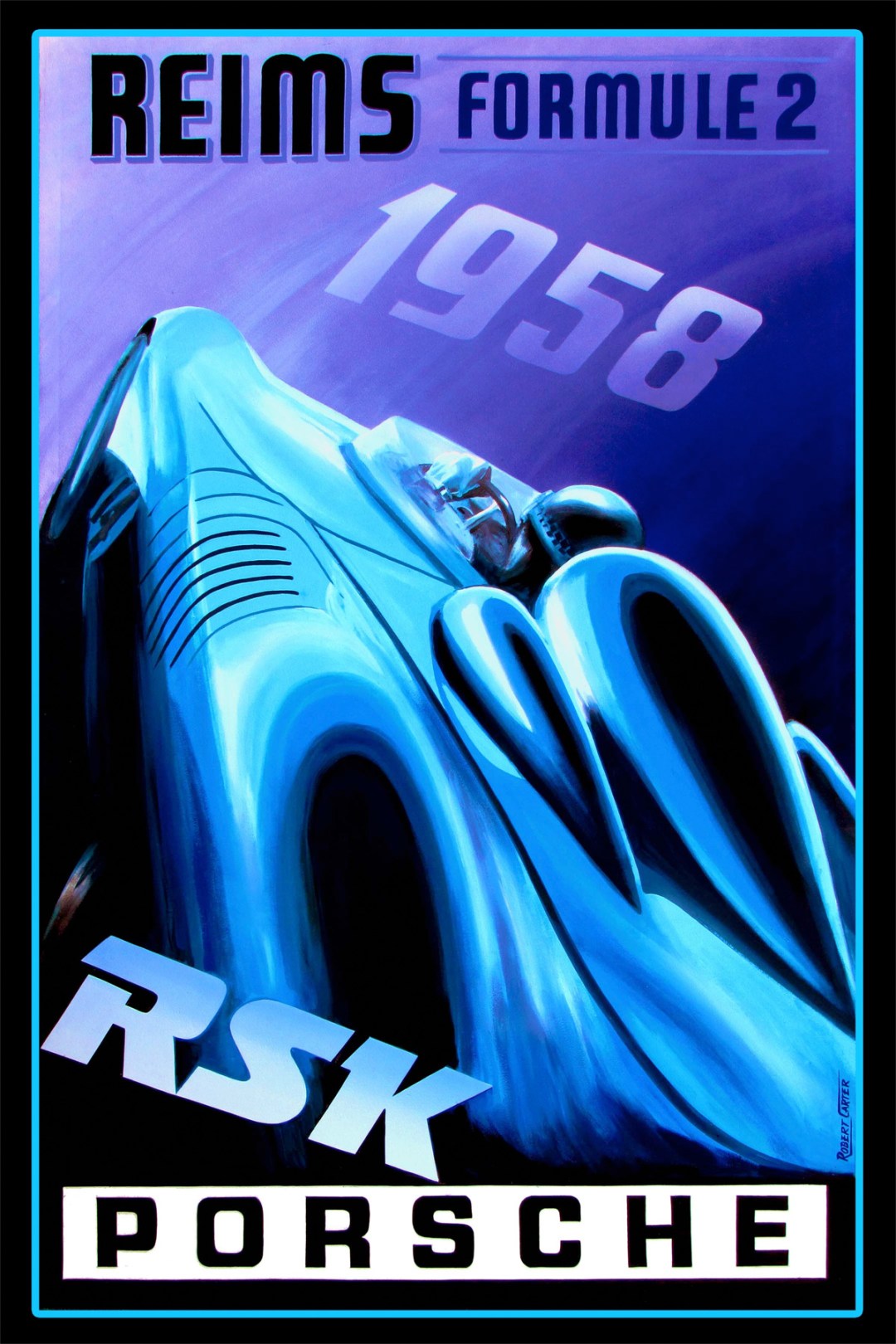 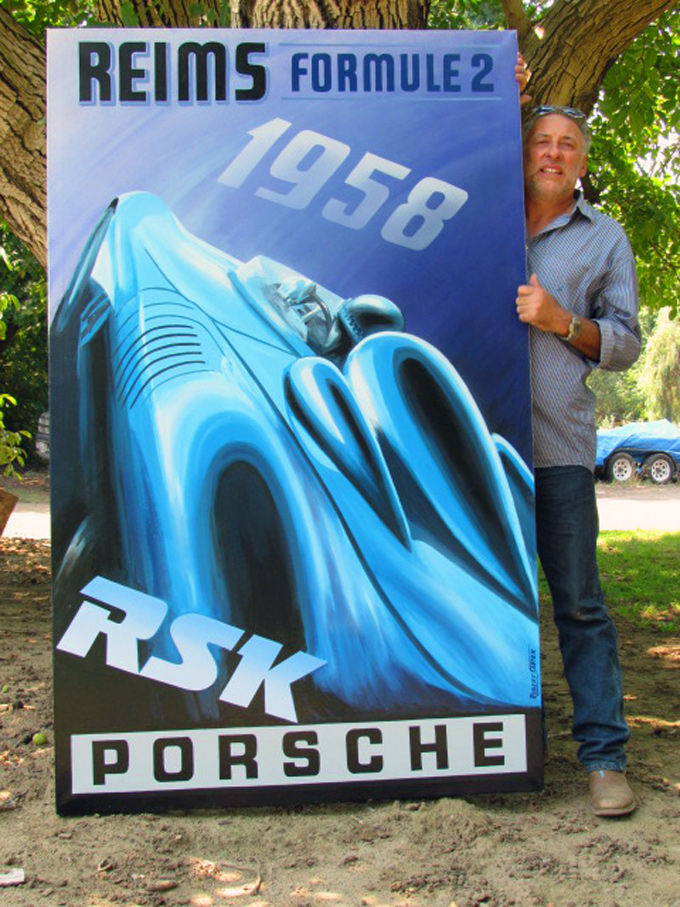 From Robert:
The original is 48″ x 78″ oil on canvas. I have been wanting to paint a Porsche for some time. I was at the Sonoma Historics recently and first walked past the car in the pits, then I got to look at it from the rear and knew it would make a good subject. I read up on Jean Behra winning the F2 Grand Prix in one and put a sketch together and designed the type for the piece.

“The RSK is one of the rarest of the series as it is one of the four cars built in 1959 with centre steering, so it could be used as a sportscar and a single seater. It was raced by the well known Dutch Porsche privateer Carel Godin de Beaufort.”
– ultimatecarpage.com 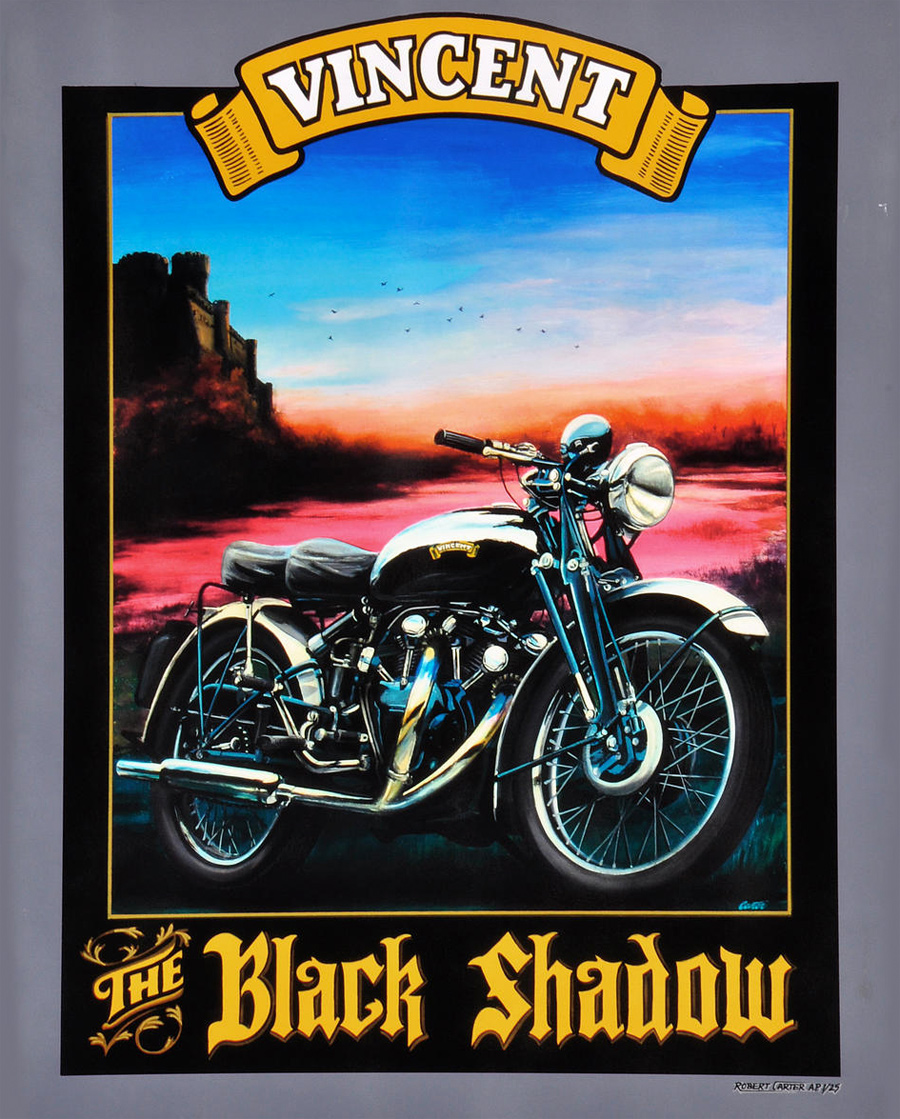 About this painting:
At the age of twelve I developed an interest in fishing. There weren’t too many places to fish in London. So, on a Sunday at 5:00 in the morning, I would take a chartered bus going to various places to fish. The best fisherman in our club was a guy named John Sawyer. He owned a Vincent Black Shadow, which was his only means of transportation. He would travel Great Briton on his Vincent, with a place for his dog and his fishing gear.

One time He told me about fishing in Scotland on a beautiful loch opposite an ancient castle. The image stuck with me and once becoming an artist I painted the image in the style of a Pub Sign.