Spectacular Husqvarna. I’m really hoping the buyer of this bad-boy doesn’t go full restoration. It’s a classic as is. Offered by Bonhams at The Autumn Stafford Sale. 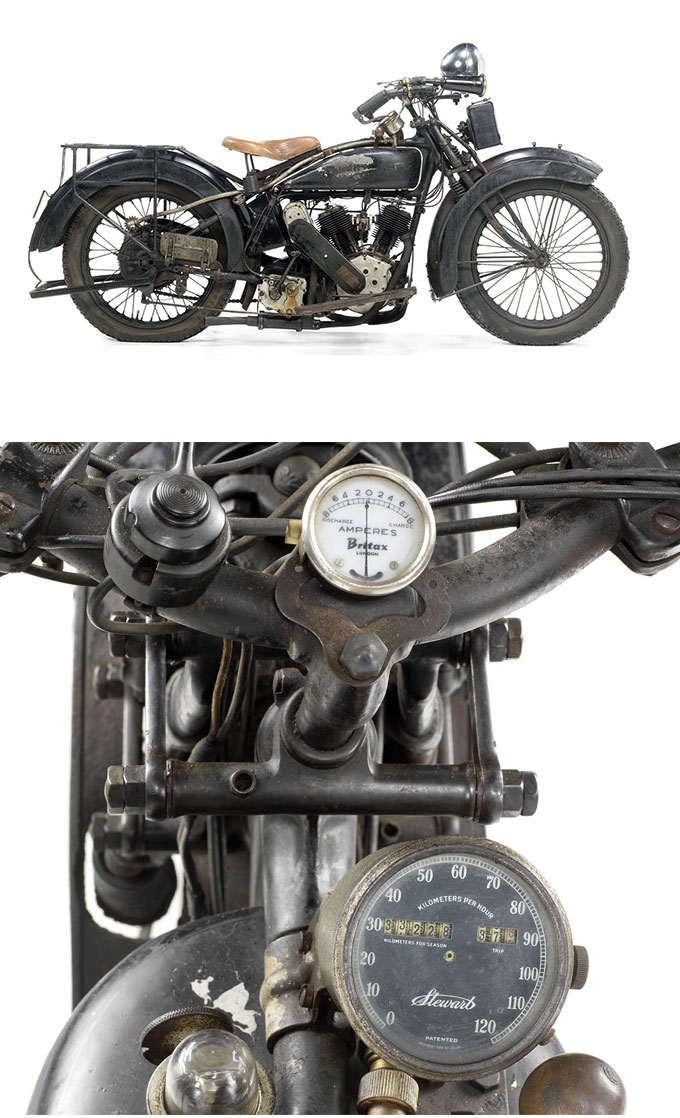 “Husqvarna was originally a military arsenal founded in 1689 to produce muskets for the Swedish Army. The company has since grown and its production has changed from weapons to sewing machines, kitchen equipment, bicycles, motorcycles, lawn mowers, chainsaws and construction products.”
– wikipedia 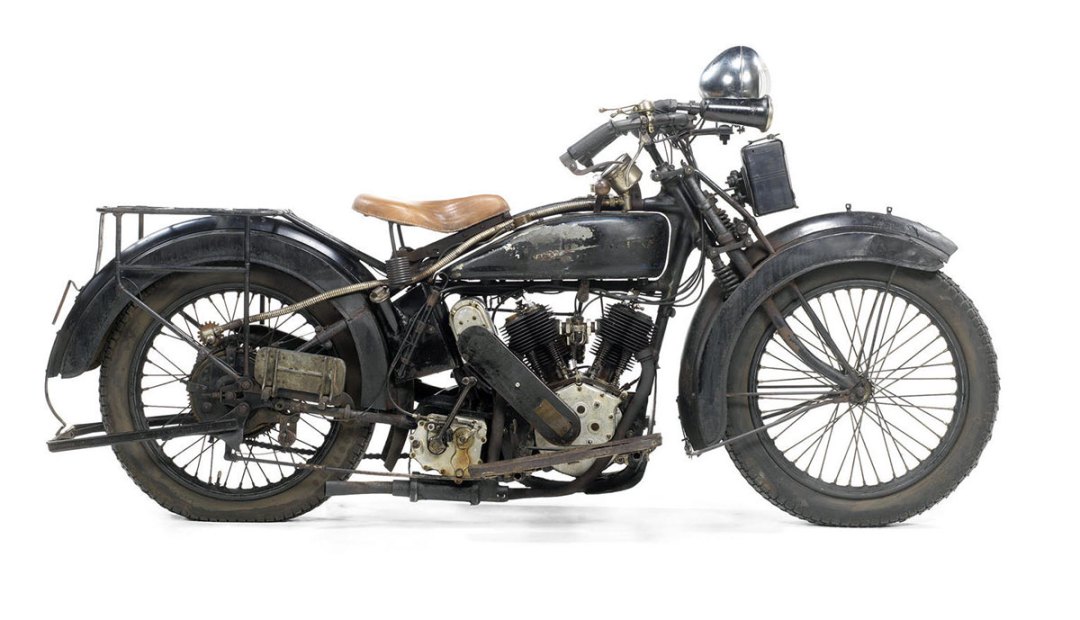 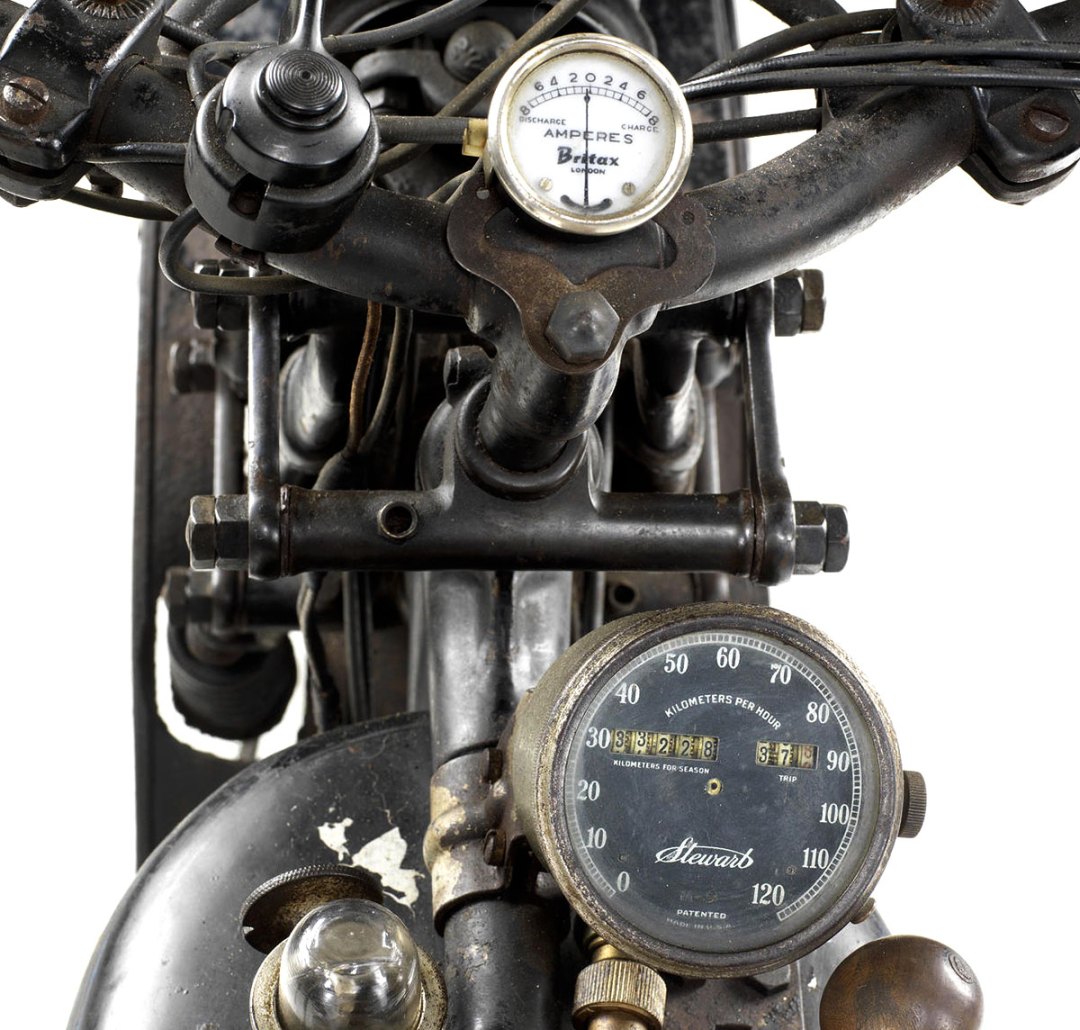 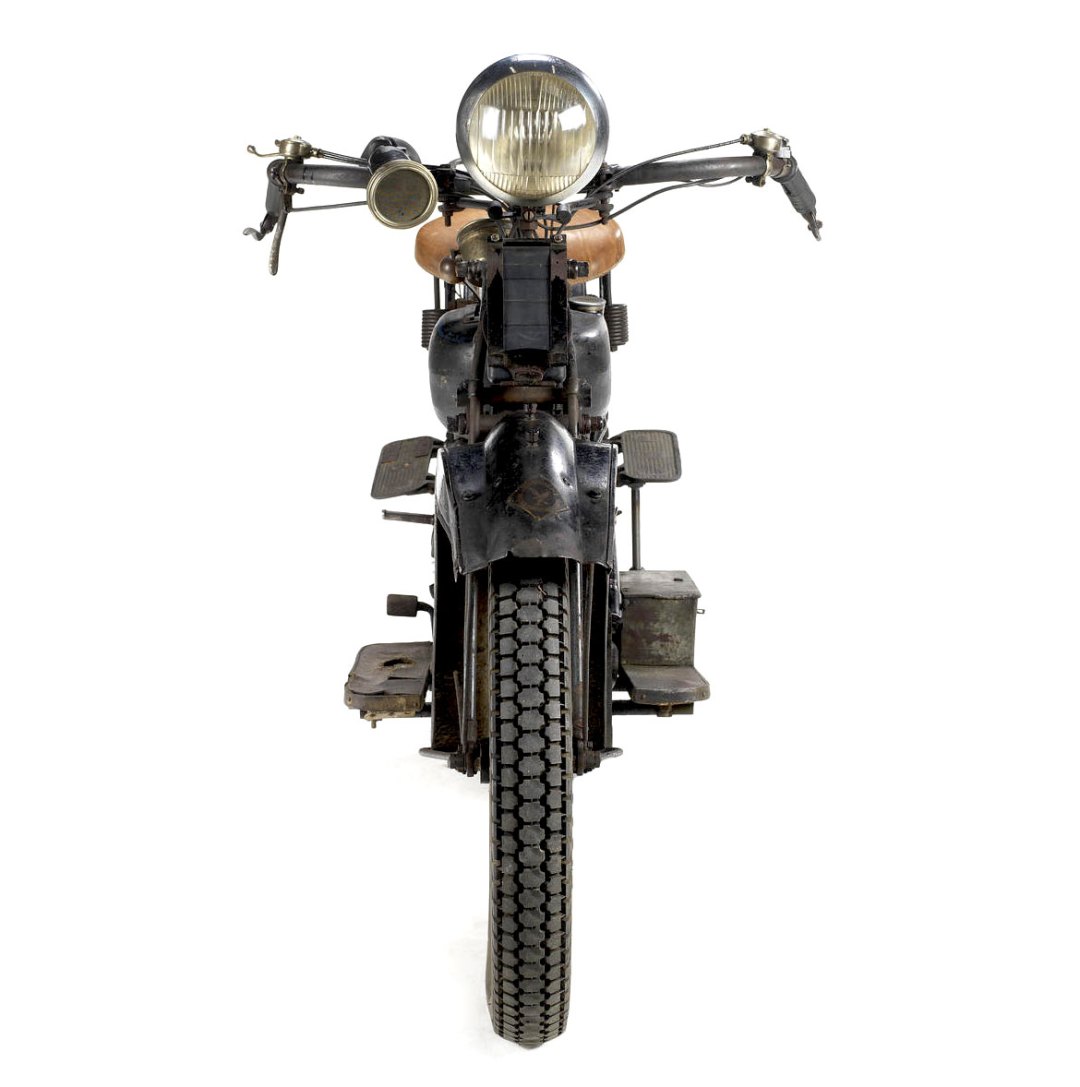 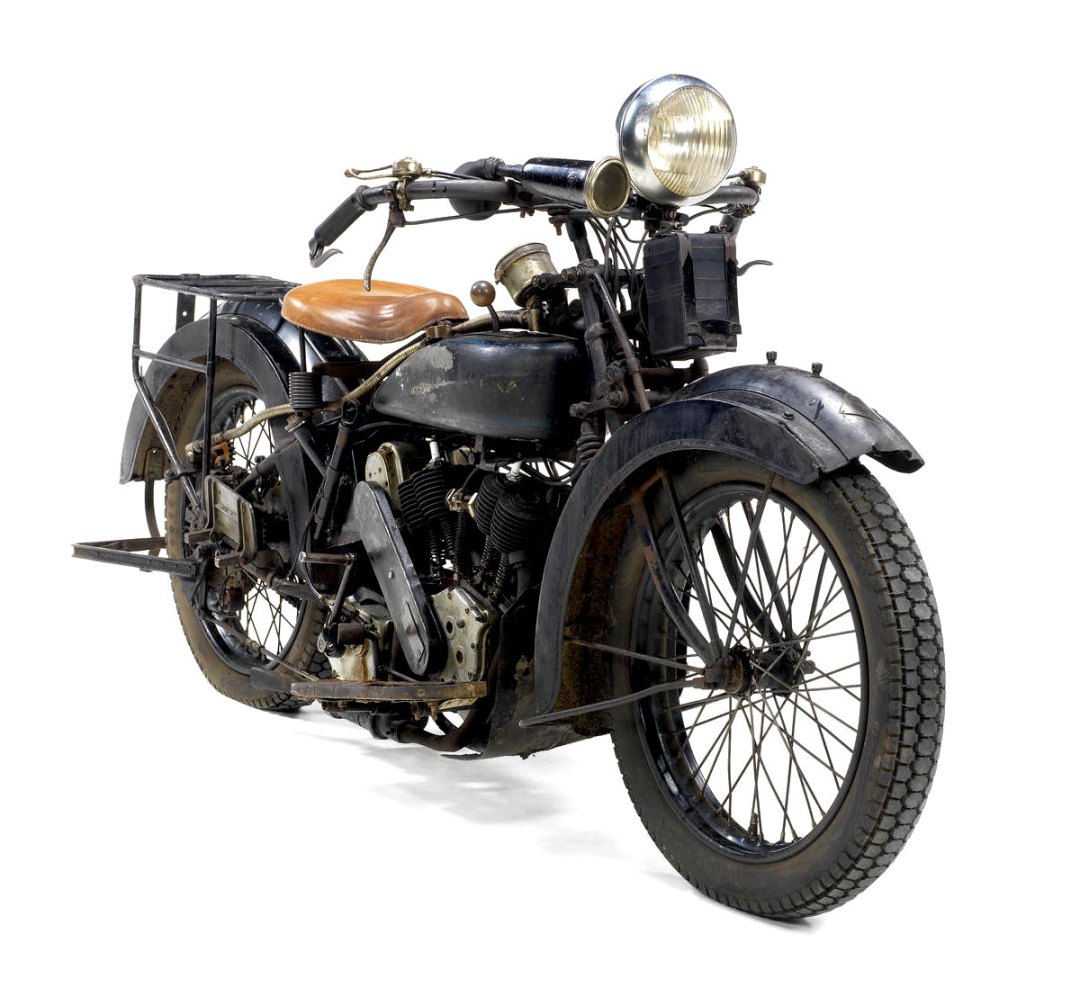 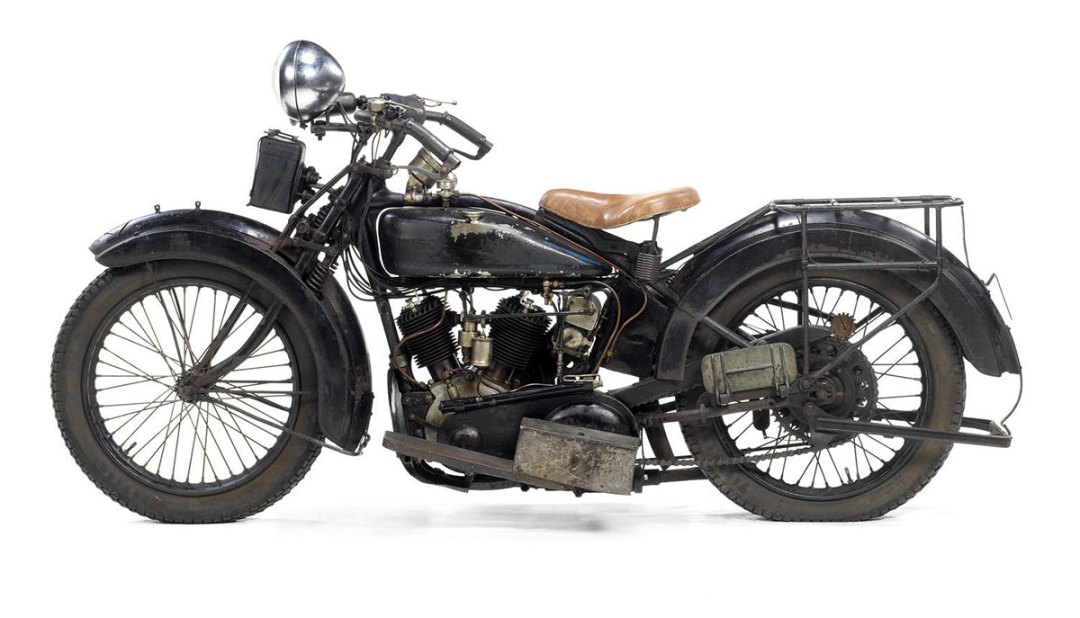 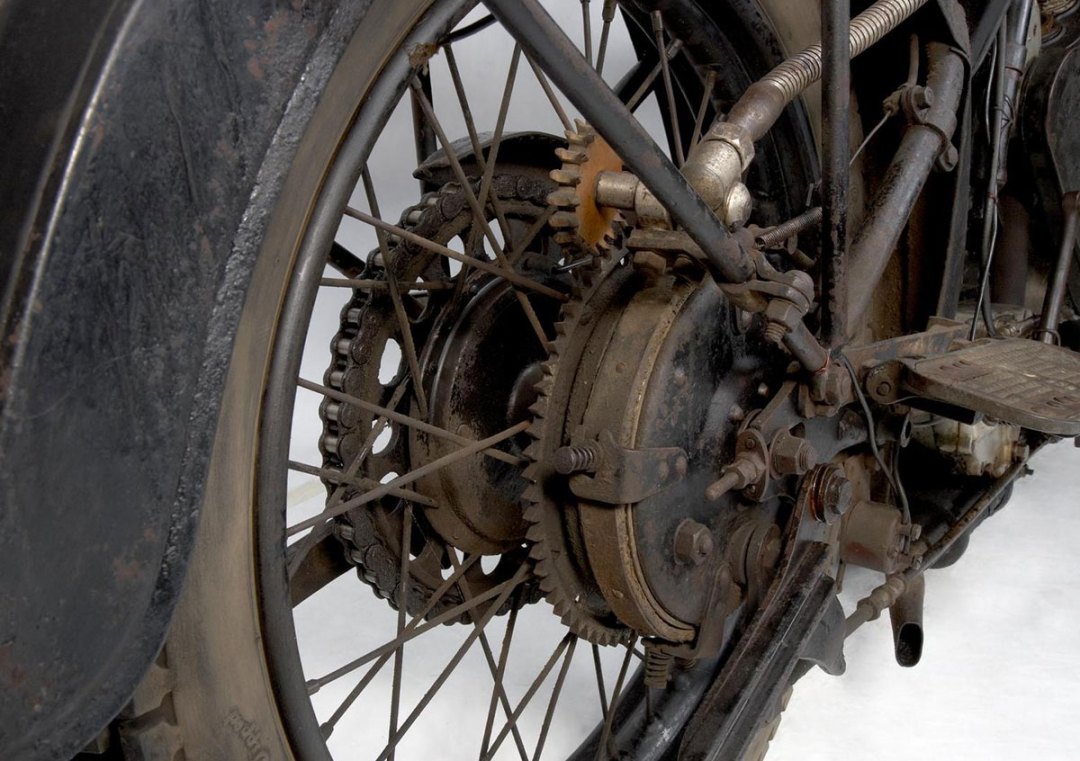 From Bonhams:
Like BSA in Britain, Husqvarna started out manufacturing armaments before turning to bicycle manufacture and, in the Swedish company’s case, the production of chainsaws, sewing machines and ‘white goods. Motorcycles were produced from the early 1900s using Belgian FN and French Moto-Reve engines before Husqvarna began making its owner power units around 1919. One of the first of these new all-Husqvarnas was a 550cc (5hp) sidevalve v-twin: the Model 150, an example of which is offered here.