This ’68 Egli-Vincent is the most magnificent thing on two wheels that I’ve laid my eyes on since the last magnificent Vincent I saw at Bonhams. 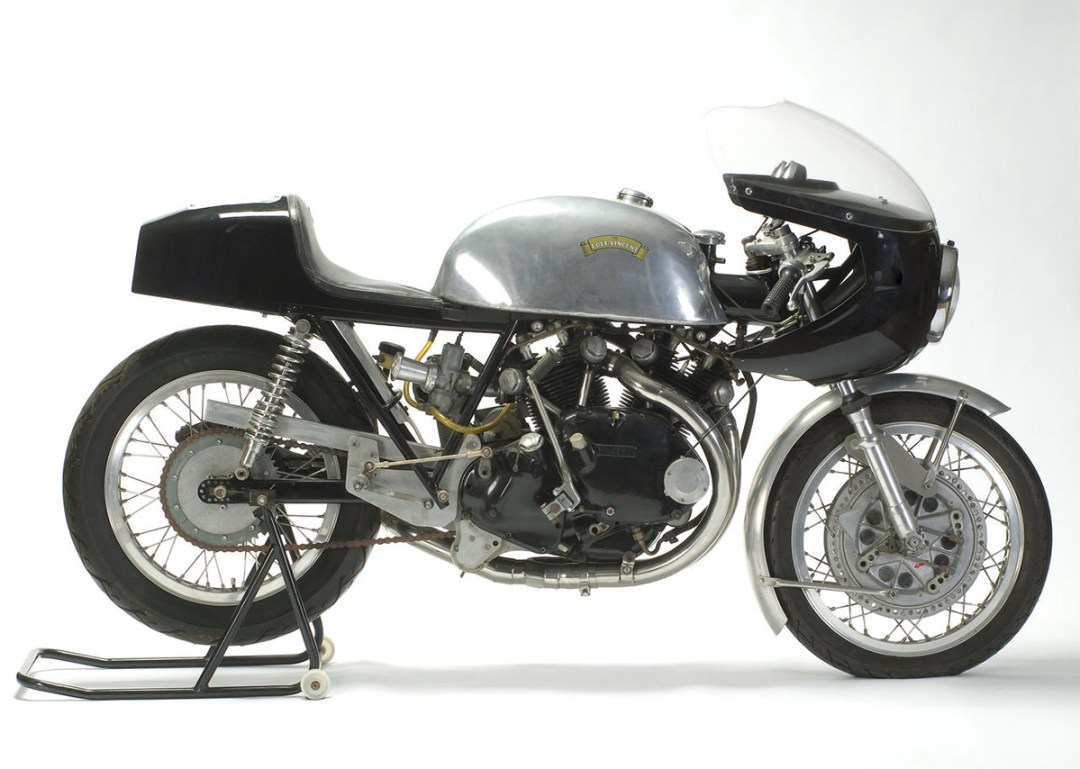 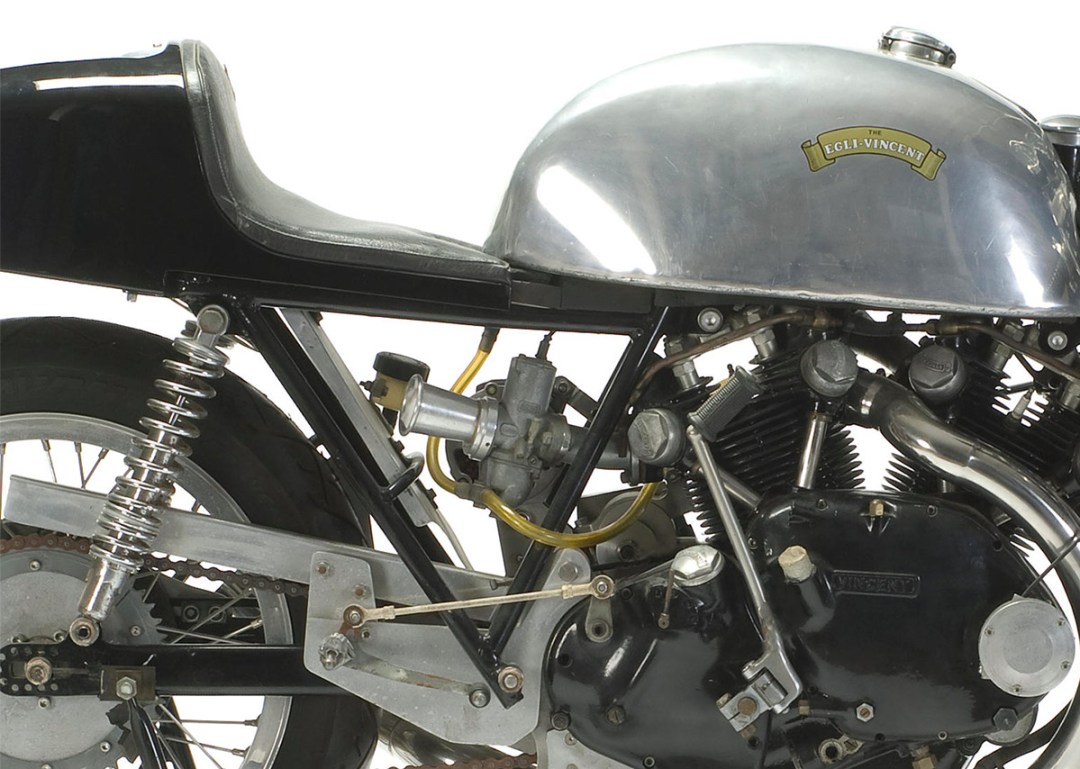 I asked Paul d’Orléans from Bonhams and The Vintagent, about this Egli and he was kind enough to send over his thoughts:

“I would love to see some period shots of this machine racing, for purely selfish reasons. I’ve blasted a 1950 Lightning around the Austrian Alps, but this Egli, with decent suspension and killer brakes, is a completely different animal. When it was built in ’68, what could touch it on the road or track? The Norton Commando and Triumph Trident were both introduced that year, but a tuned Vincent engine was still faster than either of them, while the Egli frame, and those brakes, were better than anything offered by Any factory for the street. It was truly the Ultimate Motorcycle, and would kick any road bike’s ass.”
– paul d’orléans 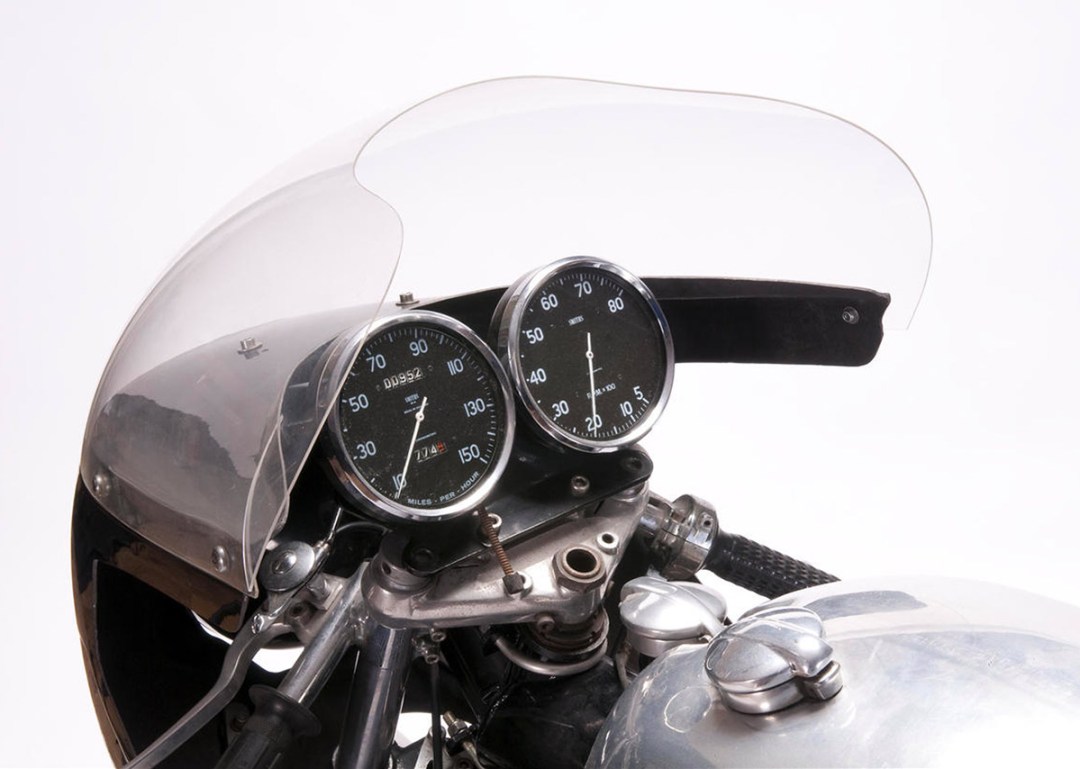 1968 Egli-Vincent 998cc Racing Motorcycle: The Egli-Vincent offered here was built by sidecar racer Pete Gerrish using a frame bought directly from Fritz Egli shortly after meeting the Swiss engineer in 1968. Although a ‘chair’ man, Gerrish was so impressed by his test ride on Egli’s own hill-climber that he decided to build his own solo racing version. Subsequently Gerrish described the machine’s construction in an article published in the VOC’s magazine ‘MPH’ (October 1980 edition, copy available). In the latter he states that the engine – described as ‘part Lightning, part Shadow’ – was taken from his racing sidecar outfit. Gerrish’s Egli was raced by Dave Browning, who won first time out at the Cheltenham Motor Club’s Moreton Valence circuit in September 1968 despite being unfamiliar with this type of motorcycle. 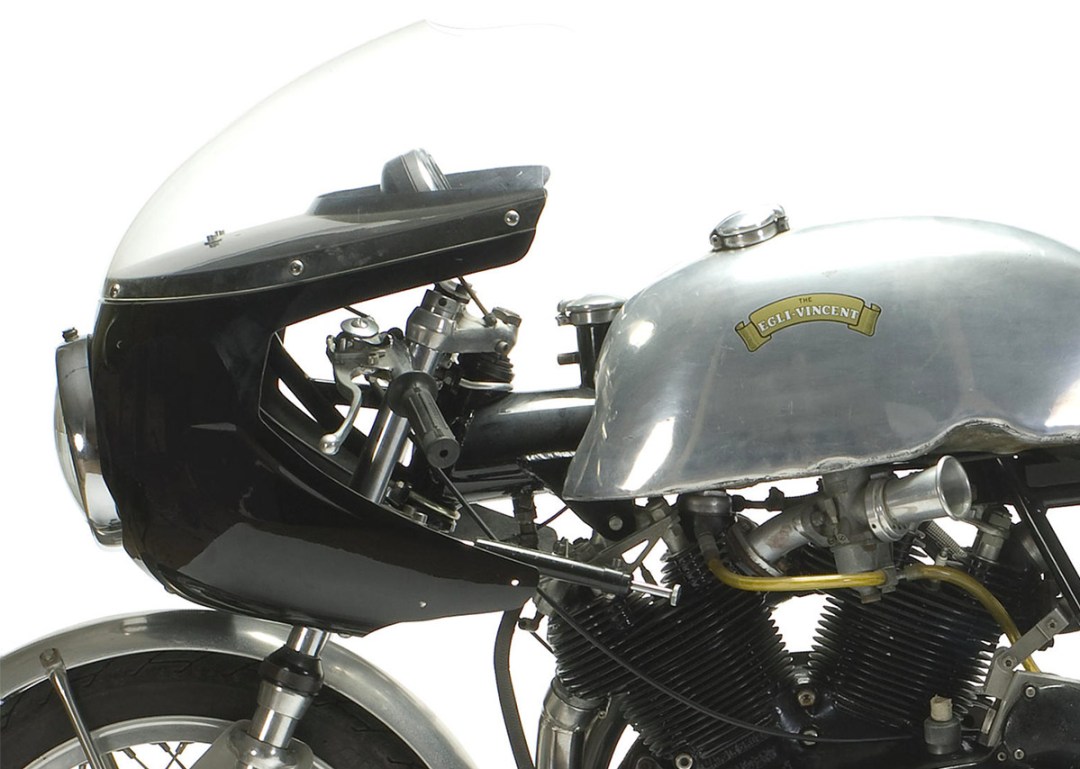 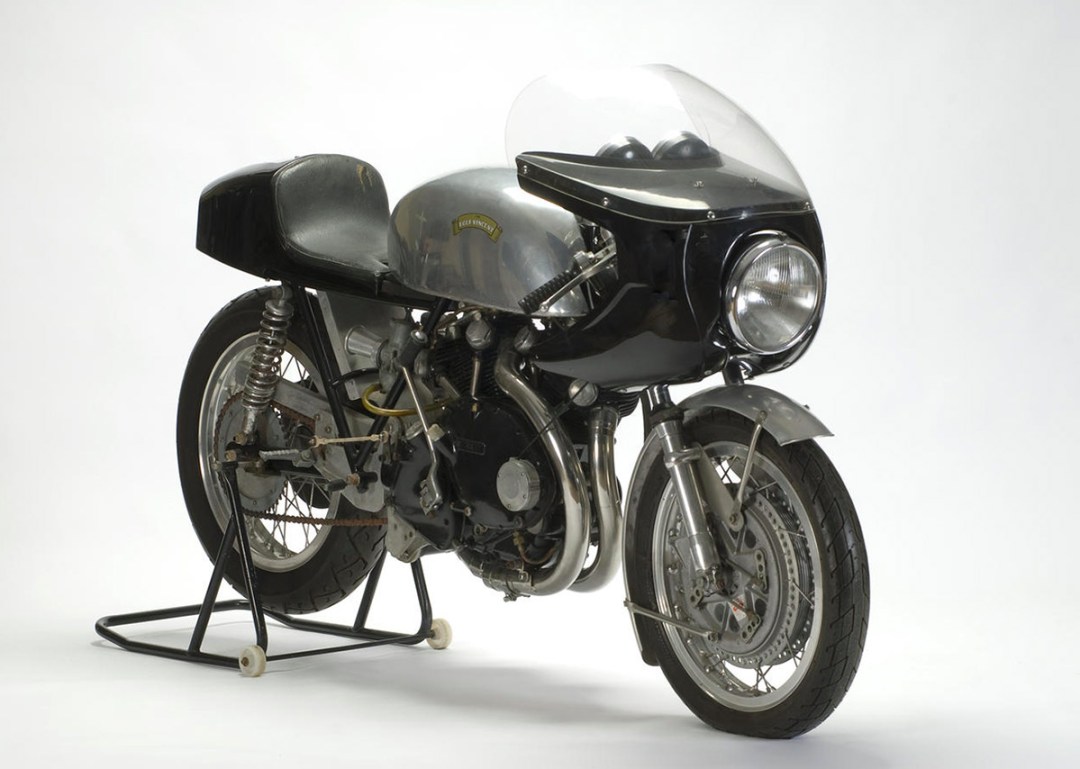 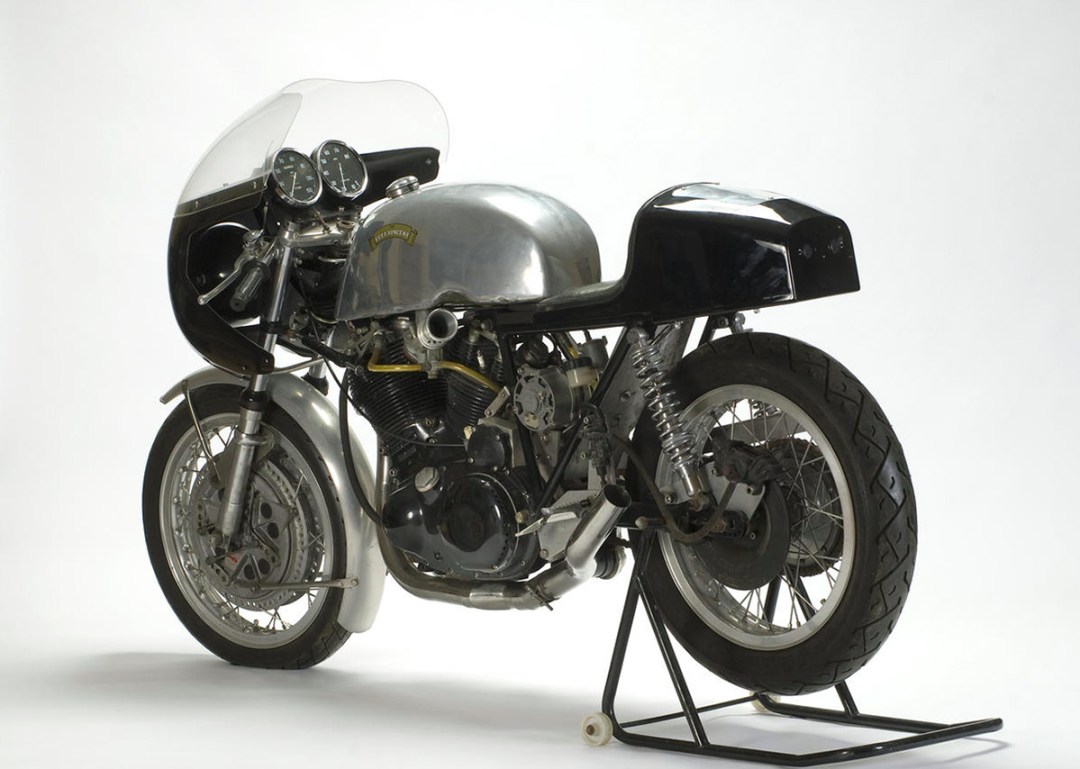