From Unlimited Velocity. Daytona Beach, “The fastest beach on earth.” 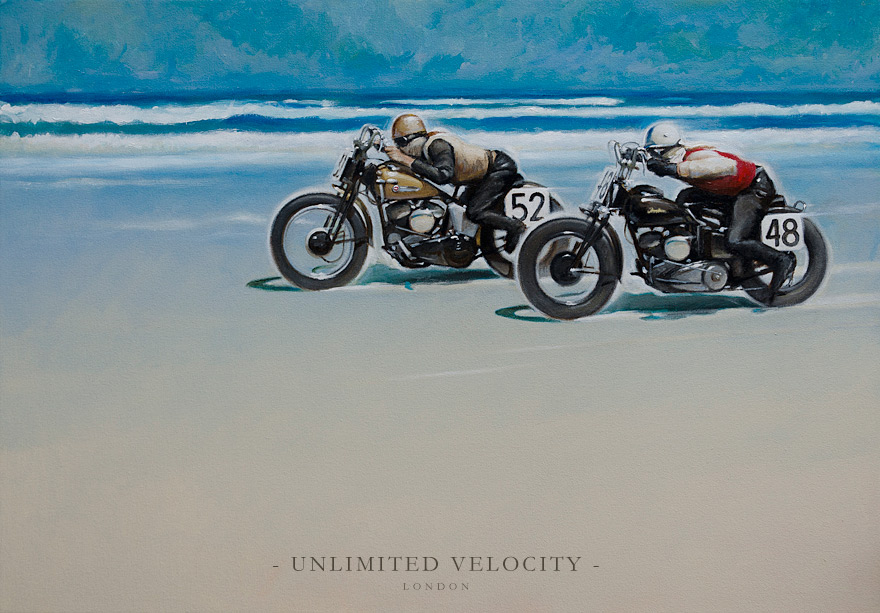 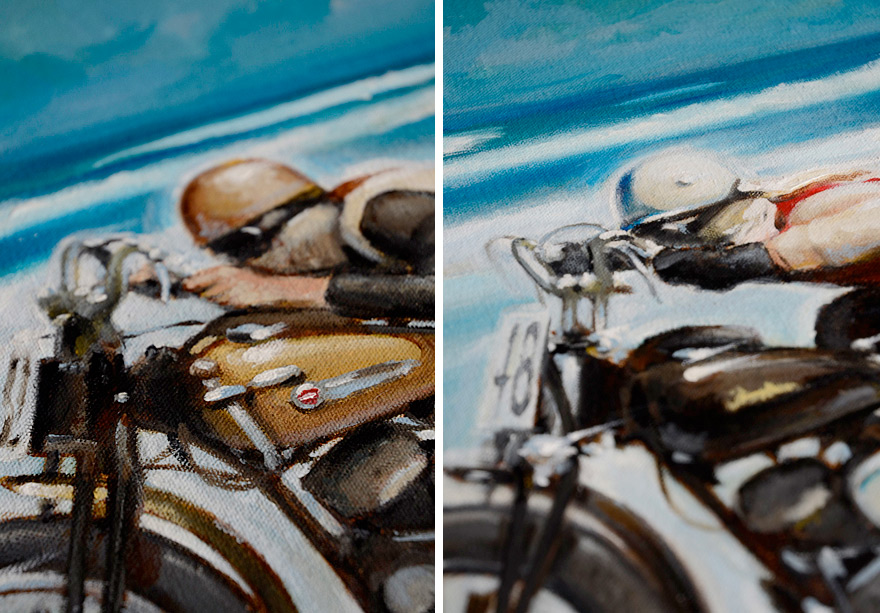 Hans Sures set me some background about this painting:

The 200 mile race for motorcycles was first held at Daytona in 1937 by the AMA in front of 15,000 spectators. Car racing happened first time one year earlier in 1936 as a sort of replacement for the speed record attempts which by then had outgrown the location on the beach. Malcolm Campbell pushed the record to 276 mph in 1935, in one run achieving 330 mph! Motorcycle races were held at the beach from 1937 to 1960. Because development plans for the area and the deteriorating condition of the return road all racing was moved to the new racetrack.

About the painting: I had mentioned to the client the idea to do (possibly) a series of visually stunning racing locations like Daytona Beach or Bonneville that are landscape paintings in the first place but “happen” to have motorcycles in them. Instead of depicting a historically correct event the painting should be about the excitement to be racing on such an amazing location. We agreed that the painting should be set in the late 40’s because of the type of bikes and rider garments, hard to beat … when it comes to pure style.

The other thing that came to mind was the ongoing rivalry between Harley-Davidson and Indian. The iconic H-D WR versus the 1948 big base Indian Scout. It was important to come up with a composition that does not show one of the bikes having the clear advantage (first question when I mentioned I’m doing this painting mostly was: “who’s gonna be in front?”). Although the Harley is in front the Indian and its rider look more dynamic as if coming out of the Harley’s slipstream and going to take over the lead? Or not? People can make up their own mind about this …

“Daytona provided up to 23 miles of straight, gently sloping hard-packed sands over 500 feet wide at low tide. It was also bordered on the shore side by a continuous run of grass-tufted dunes providing ideal vantage points for spectators.”
– the fastest beach on earth. bluebirdracing.net 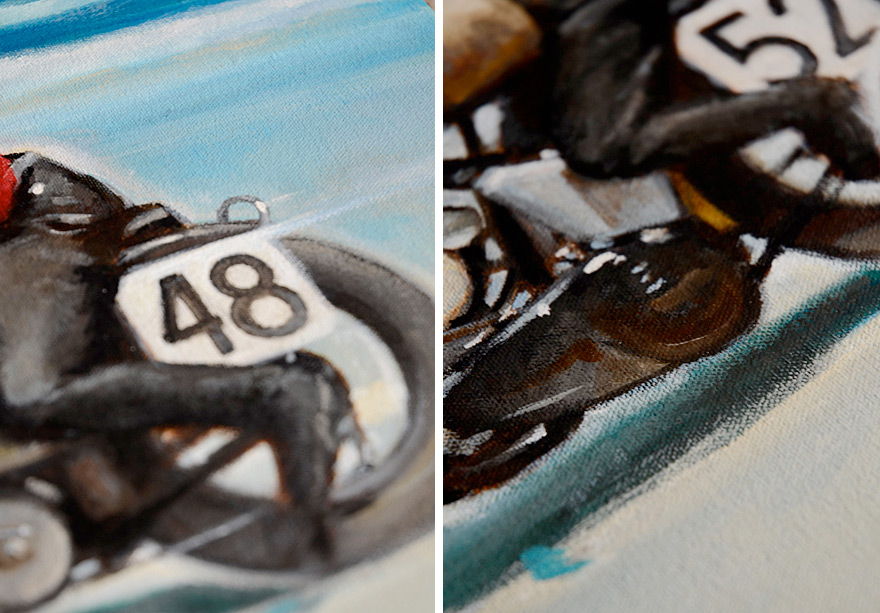