One of the pleasures of “working” at Megadeluxe is discovering talented folks. And when you combine talent with passion…it just doesn’t get any better in my book. Photographer Ashley Border of Wanborough, UK embodies both of these qualities. 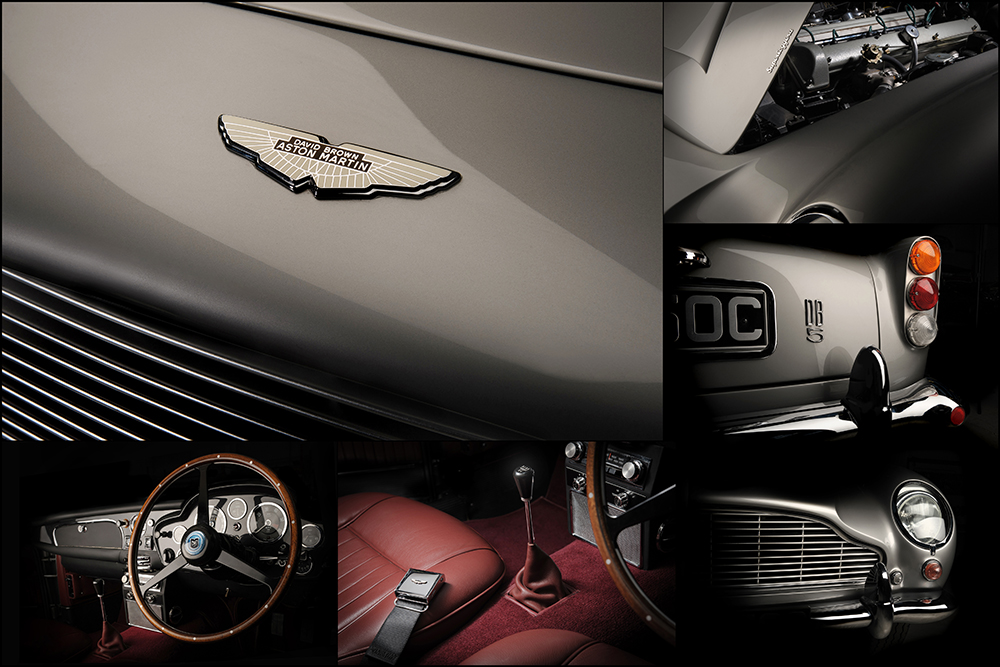 “Cars were a constant feature of growing up; with early memories of riding in my father’s Triumph TR4 in Singapore. When we returned to the UK he restored MGs and Lotuses. I married into a family with a long history of pre-war supercharged MGs. So cars have always been a big part in the life of our families.”
– ashley border

Read the entire interview with Ashley Border after the jump below… 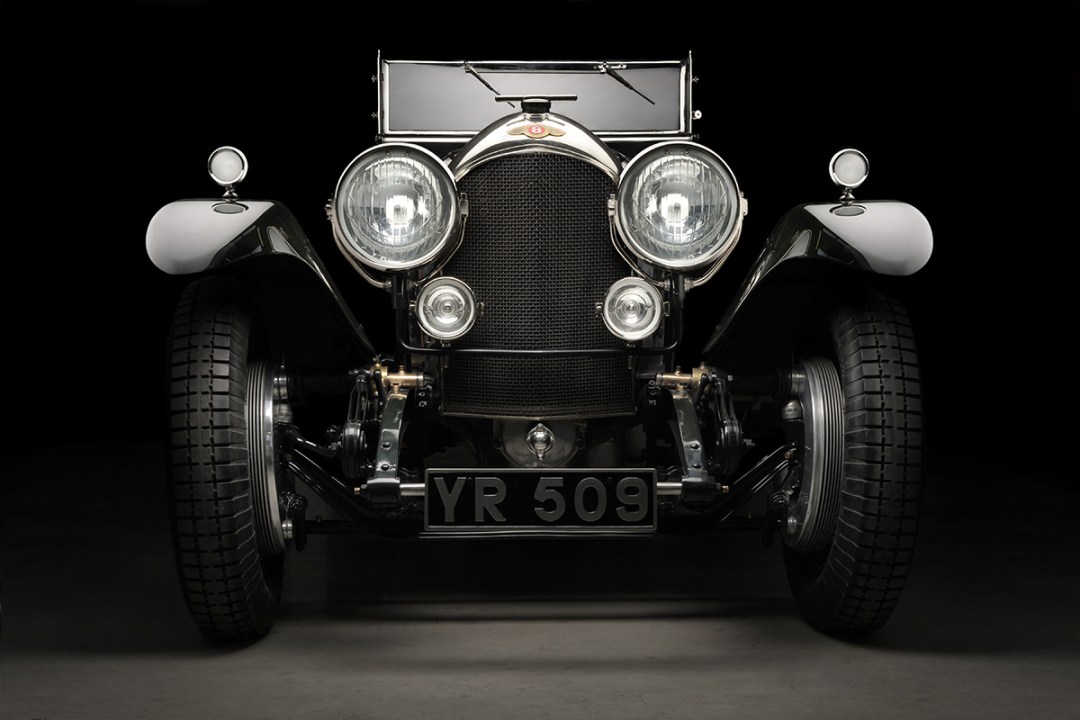 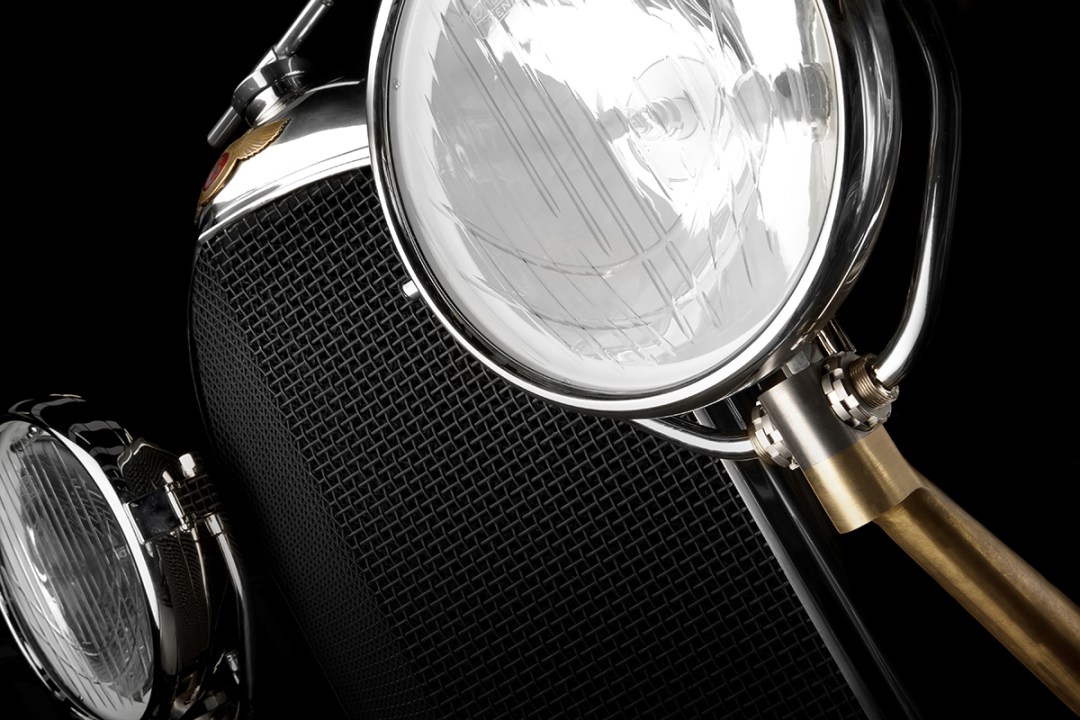 Camera of choice: Camera I have – Nikon D700, if I could choose: Hasselblad H4D

From Ashley:
I’m 44, married with two daughters and we have a Shetland Sheepdog called Sammy – think “small Lassie”. I am not a career photographer. These days I consider myself to have something of a dual career – I’m a Software Engineer and Photographer – let’s call it hedging my bets. I’ve always had a fascination with cameras. It started with my father’s 35mm Minolta. I remember the grown up feeling and sense of pride when he trusted me to use it as a boy. I was drawn to the precision engineering – like a scientific instrument; the sound of the shutter and the ‘snick’ of the aperture ring. The micro focus prism and the lollipop light meter. I didn’t know quite what they all did, but the whole effect was verging on magical. As a teenager I studied photography at college and learned darkroom skills. At the time, I knew I loved photography, but it was not a career I could have imagined possible. So instead, I headed into a university degree in Cybernetics; playing with computers and robots! This led to a career as a software engineer and I have worked with various companies and been lucky to travel around the world. Six years ago – I turned to photography as a hobby and became hooked by the immediacy and quality of digital SLRs. 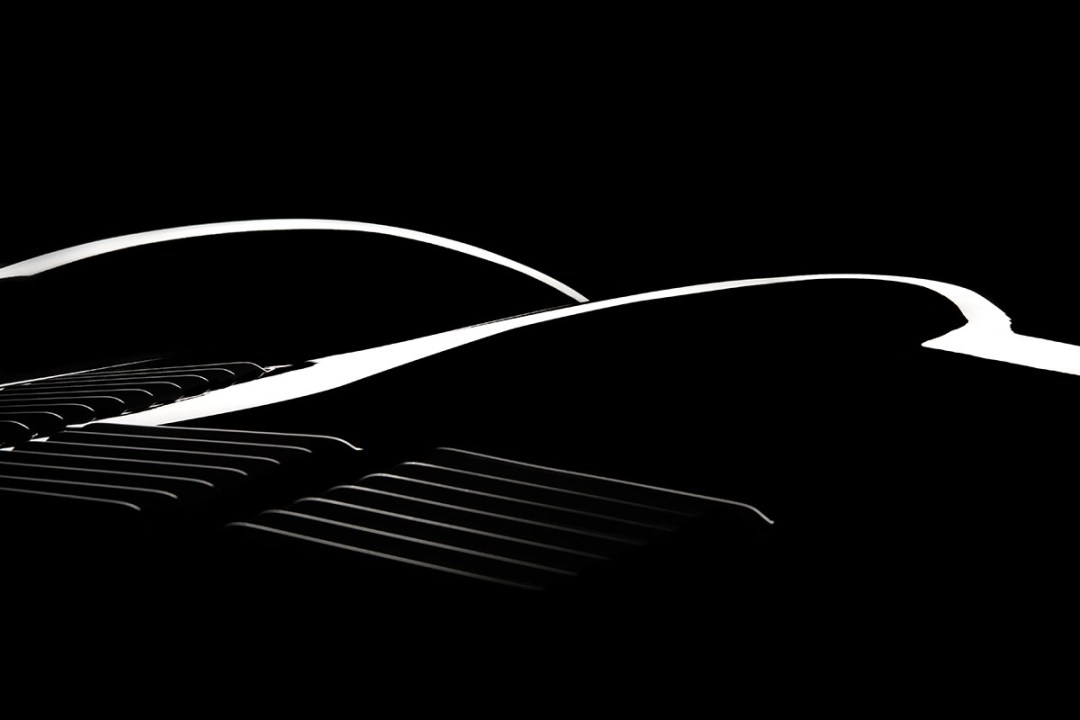 Automotive photography…how did that come about?
Cars were a constant feature of growing up; with early memories of riding in my father’s Triumph TR4 in Singapore. When we returned to the UK he restored MGs and Lotuses. I married into a family with a long history of pre-war supercharged MGs. So cars have always been a big part in the life of our families. That interest and awareness made them the natural subject for my photography work. Car photography is a particularly challenging and emotive subject; where location, lighting, logistics and the elements conspire to make things difficult. For those reasons it’s incredibly rewarding when it comes together. If it wasn’t difficult, it wouldn’t be worth doing…

When sizing up an automobile shot, what’s the first thing you focus on?
It all depends on the situation and the editorial need. On location it really has to be just that – “The Location”, that’s what sets the mood and brings the car to life. Maybe the location complements the car, maybe it challenges preconceptions. Either way, location is everything. In the studio or in controlled situations I concentrate on the styling lines of the car first and its most distinctive features and how those will interact with light on their surface. That’s what it’s all about for me… 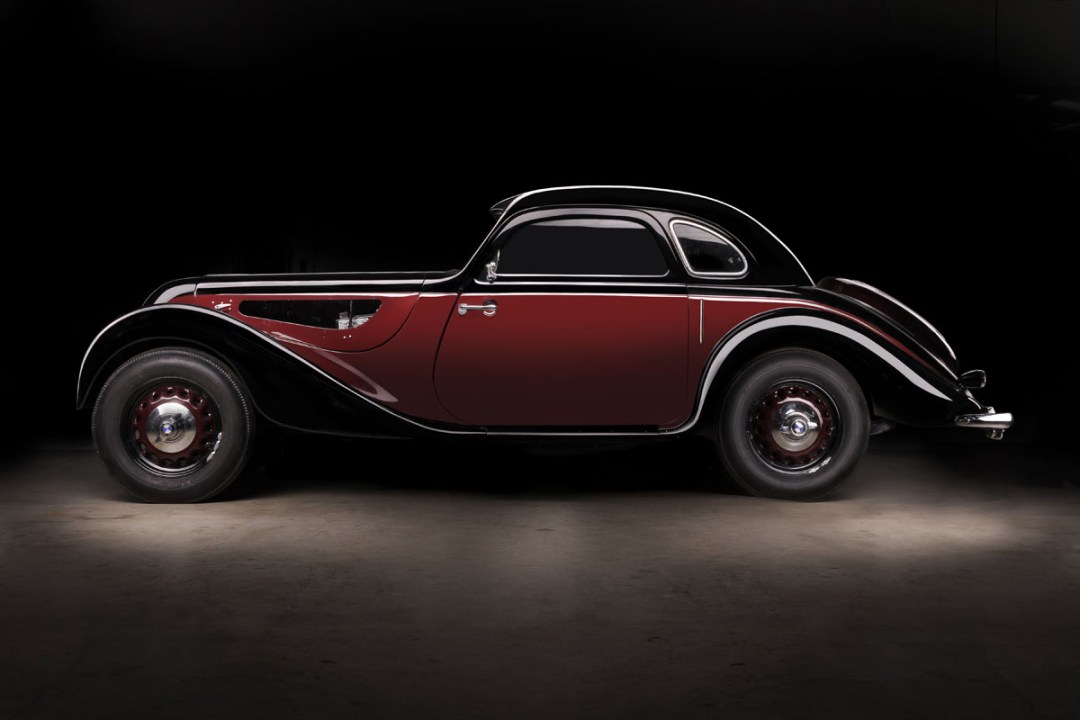 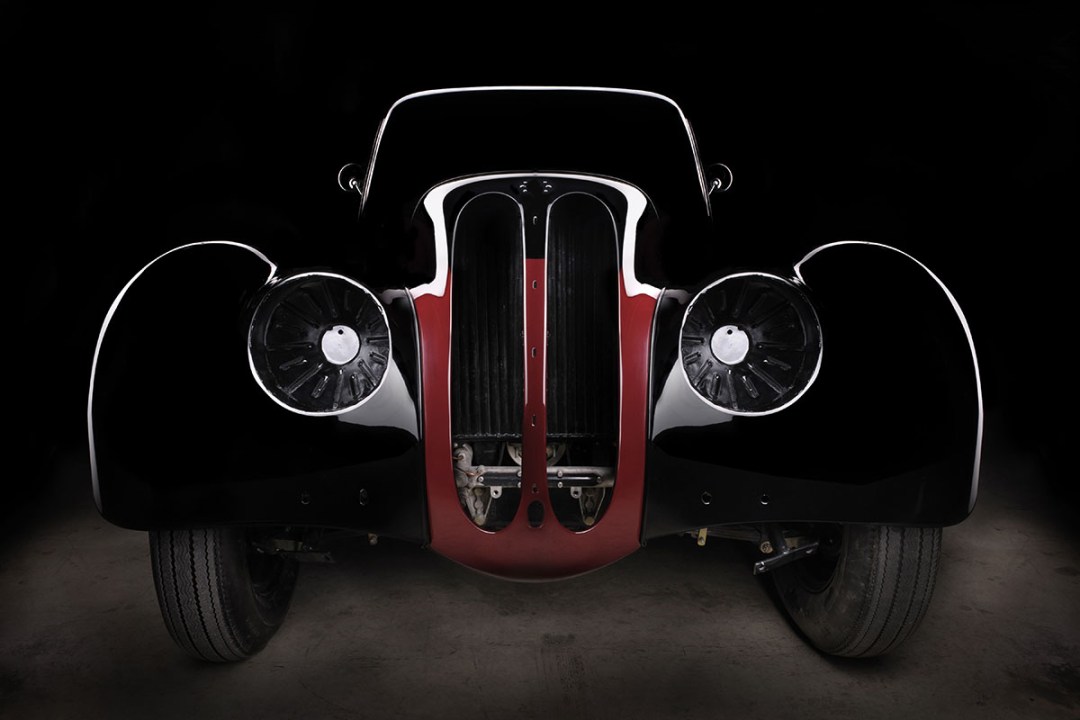 “Car photography is a particularly challenging and emotive subject; where location, lighting, logistics and the elements conspire to make things difficult. For those reasons it’s incredibly rewarding when it comes together. If it wasn’t difficult, it wouldn’t be worth doing.”

With your automotive photographs, what’s your set-up when it comes to lighting a car?
If the shot is just about the car and I find myself in a busy workshop I often isolate it from the surroundings using lighting. To do this I need a lot of power to override ambient light levels. I use Elinchrom Rangers with a mix of softboxes and reflectors. I sometimes use speedlights as these can be more practical especially working inside the car and in tight spaces.

For detail work I look for lines and curves which react with the light that I apply. Those curves and lines were designed-in with a purpose; I try to bring them back out through the use of highlights, shadows and the fall-off between the two extremes. That mix of light is not how we see cars every day, and that’s what I try to do to make it interesting. 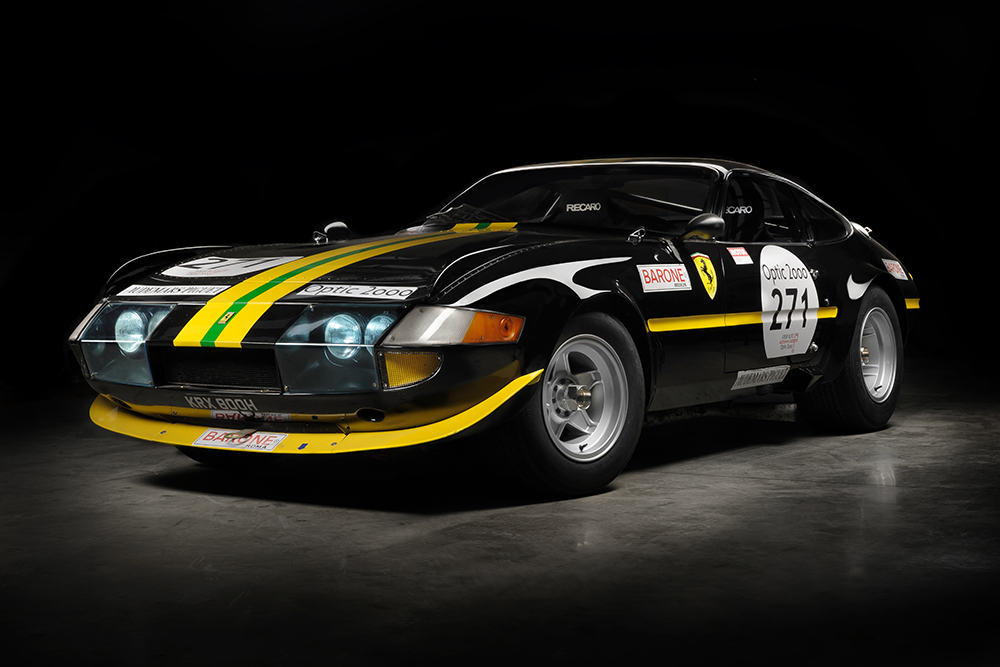 For all the cars that you’ve shot, do you have a favorite?
That’s a difficult one, but I will go with a fantastic racing 1970 Ferrari 365/GTB4 ‘Daytona’.

Capturing that perfect slice of time – how do you know where you need to be for a shot?
It depends on the situation. With people you are capturing an interaction, a gesture, something about how they are engaging with each other or their surroundings. There is often a building ‘tension’, a sort of trajectory which you can sense is building and can react to as it unfolds. This is not a specialty of mine – it’s very hard to do right – usually lots of near misses. I prefer to be a more in control… 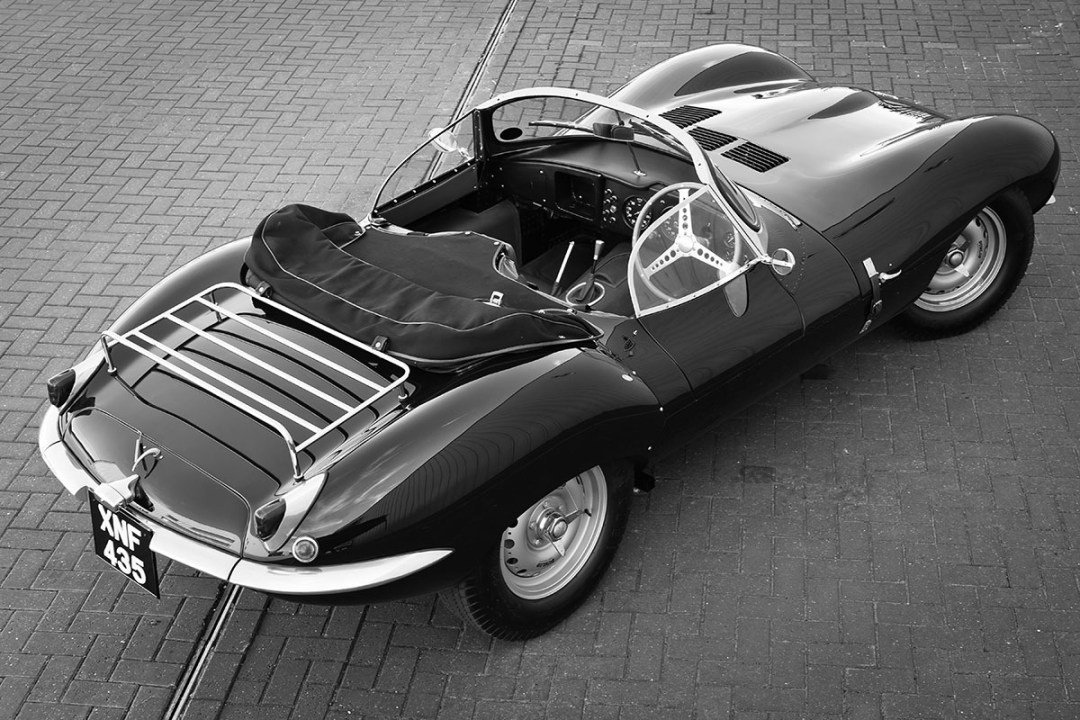 How have you evolved as a photographer from your first days at this craft?
On balance I would say I have become quicker and more demanding on myself; that’s borne from a commercial pressure. I can arrive at situation and assess what might give the best result with less fiddling and more confidence. I can move more quickly to a workable solution with some experience to draw on. Having said that, trial and error and happy accidents still play a big part. 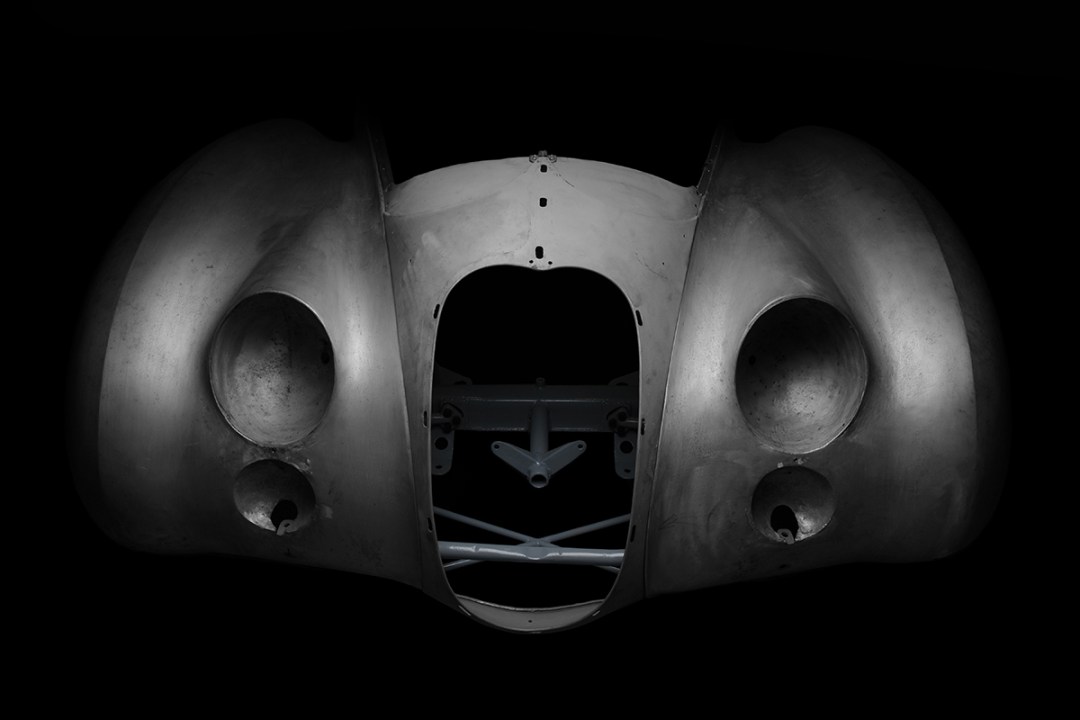 Best advice you’d give someone about the craft of photography?
Look at the quality of light and how it reacts with objects. Look at the shadows and how the quality of light affects them. Be patient and experiment. Don’t think about doing things, go and actually try doing them! Make contacts and share; some of the best experiences come from collaboration.

From your experience, have your best shots come from perfect planning or accidents?
Some of my best shots have come about from both extremes! That is the beauty of photography; you just never know. I always plan by nature, and am pleasantly surprised (read overjoyed) when happy accidents come along. 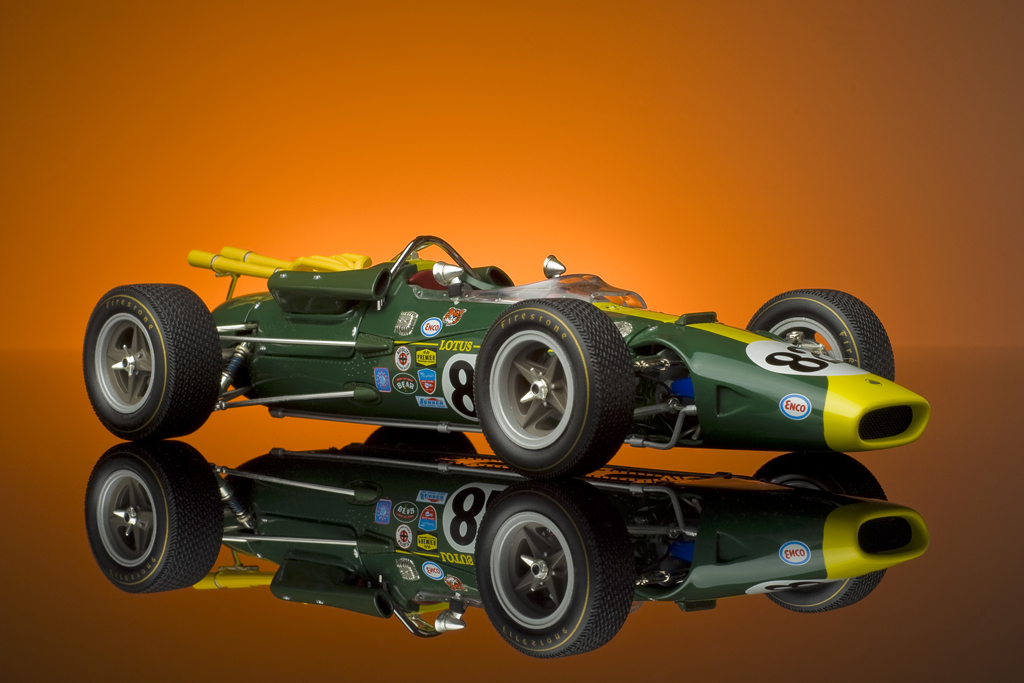 If you could shoot any event in the world – what would that be?
Once time travel has been invented (Nikon Rumours says it will be released in the D5), then I would shoot the 1967 Grandprix in Zandvoort – the debut of the Lotus 49.

Photographer that’s inspired you the most?
I would choose two:

Michel Zumbrunn his “Legends” books are superb. There is a formula to them which works so well.

Tim Wallace – down to earth, straight talking and a master at “seeing” a car in a setting whilst drawing out so much drama and emotion. 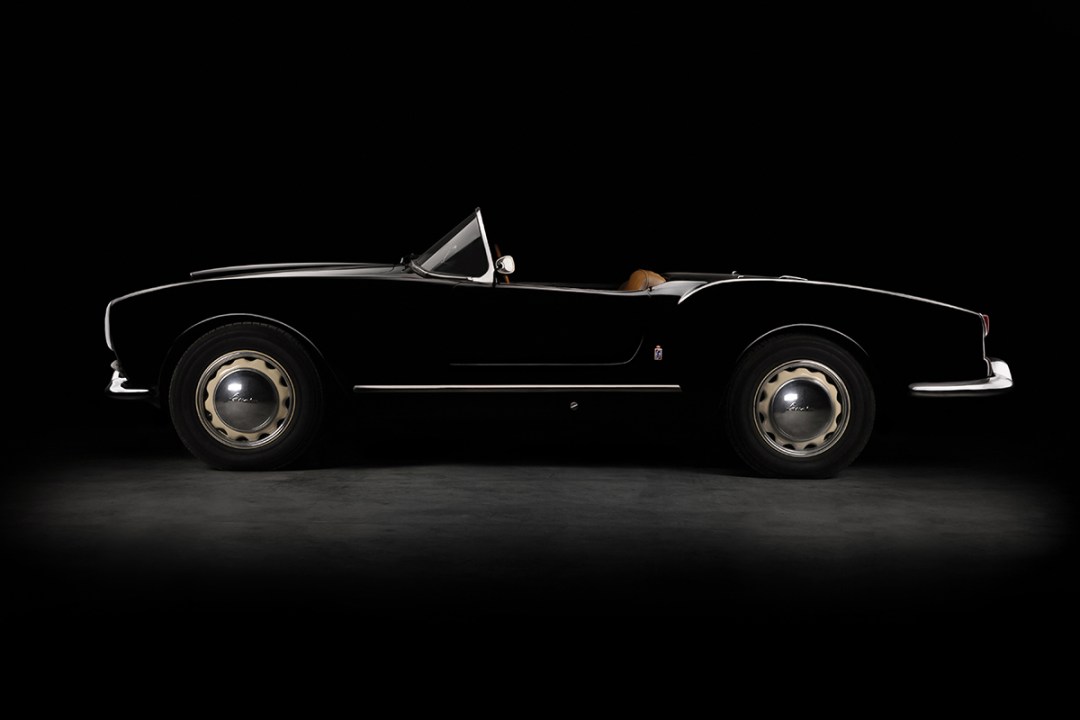 Most challenging shoot you’ve been on?
A black Lancia Aurelia B24 in a busy workshop. One softbox to hand and 30mins to shoot it. It is well documented how difficult it can be to shoot black cars whilst using lighting. You have to think laterally…

Favorite shoot you’ve ever been on and why?
Following a restoration by my client, Thornley Kelham the Ulf Bowman, 1970 Ferrari 365/GTB4 ‘Daytona’ was out for a test day at Silverstone. This was the first time its owner had seen the car following restoration and I was invited to cover the race team on the day. It was a fantastic experience from start to finish. I was even able to grab 15 minutes to light the car in the closed pit lane at the end of the day (which took some organising!).

You have 30 seconds to leave for a shoot – and can only bring one camera and lens — what would that be?
Nikon D700 and 24-70mm 2.8ED. It (almost) never leaves the camera and the camera copes with everything I’ve needed to date. 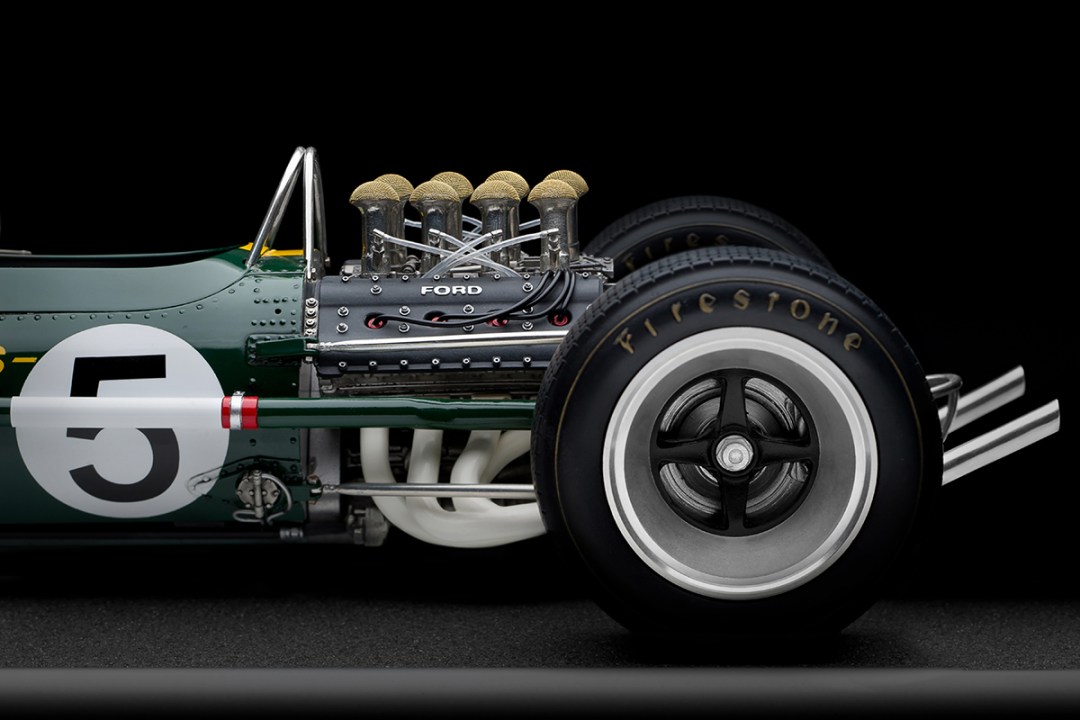 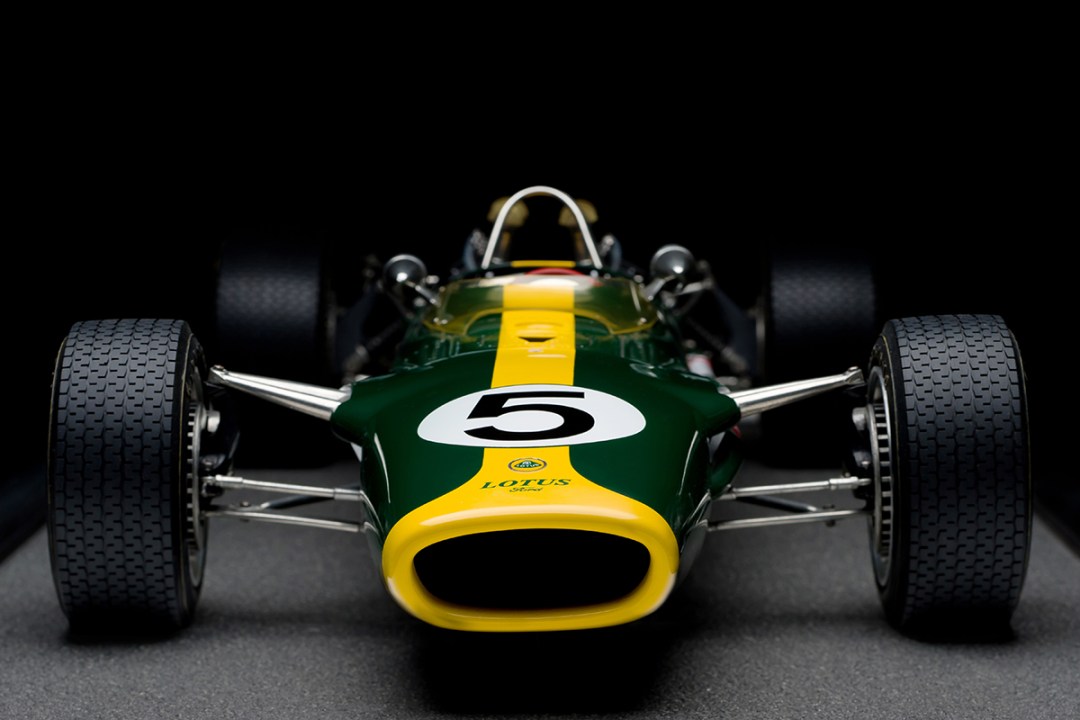 Imagine you could photograph anyone from the past – who would that be?
Jim Clark. He was a natural, he was my father’s hero and he drove (amongst many other things) the Lotus 49 to victory in its debut race.

What has photography taught you?
To be more commercial. You have to sell yourself, there is so much competition and you have to differentiate yourself with ability, personality and commercial delivery. It has also taught me that you never stop learning. On the edge of the unexpected is a good place to be; you learn new things when you go there. 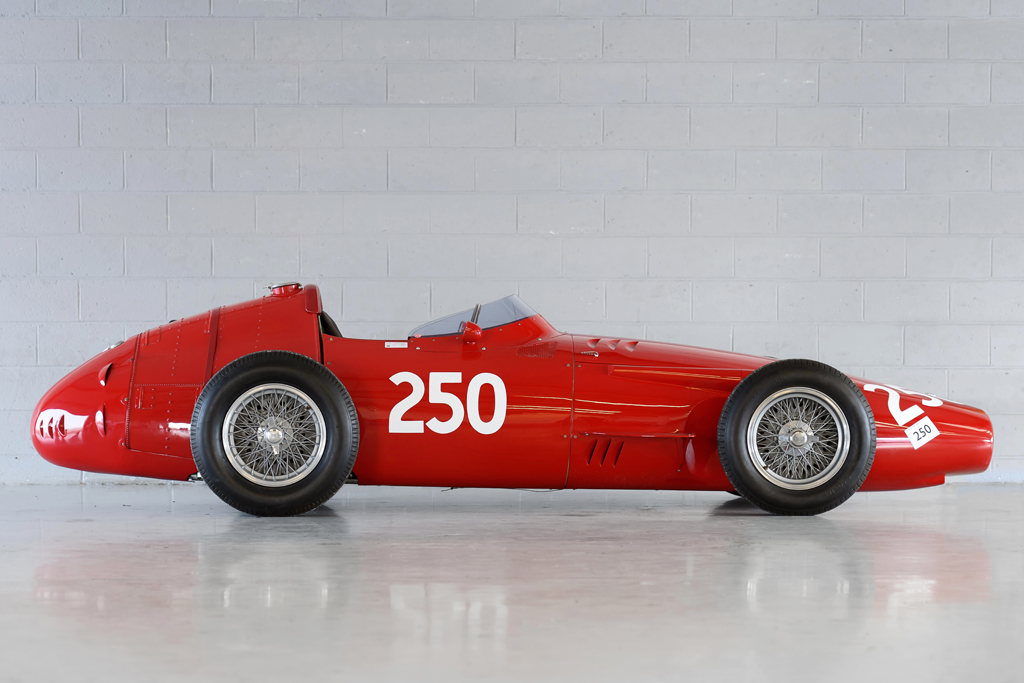 Your idea of the perfect shot?
Something with sleek elegant curves. A full range of tonality from shadow to highlight. Precision engineering, mystery, ambiguity. Maybe a Ferrari 458 Italia…?

Favorite mantra or saying?
I have three:

Joe McNally. “If you want to make a photograph interesting – don’t light all of it.”

Zack Arias … “If you find yourself saying I’ll just fix it later in Photoshop, stop what you are doing and slap yourself as hard as you can!

My own (it’s cheesy but I think it might be true): You can only be a success once you have learnt to fail.

What do you like to do when you’re not shooting?
I love road cycling. In 2005 I cycled Land’s End to John O’Groats for charity – almost a 1000 miles over 9 days. Also walks with my family, we always get out together for a couple of walks with the dog at the weekend – whatever the weather. 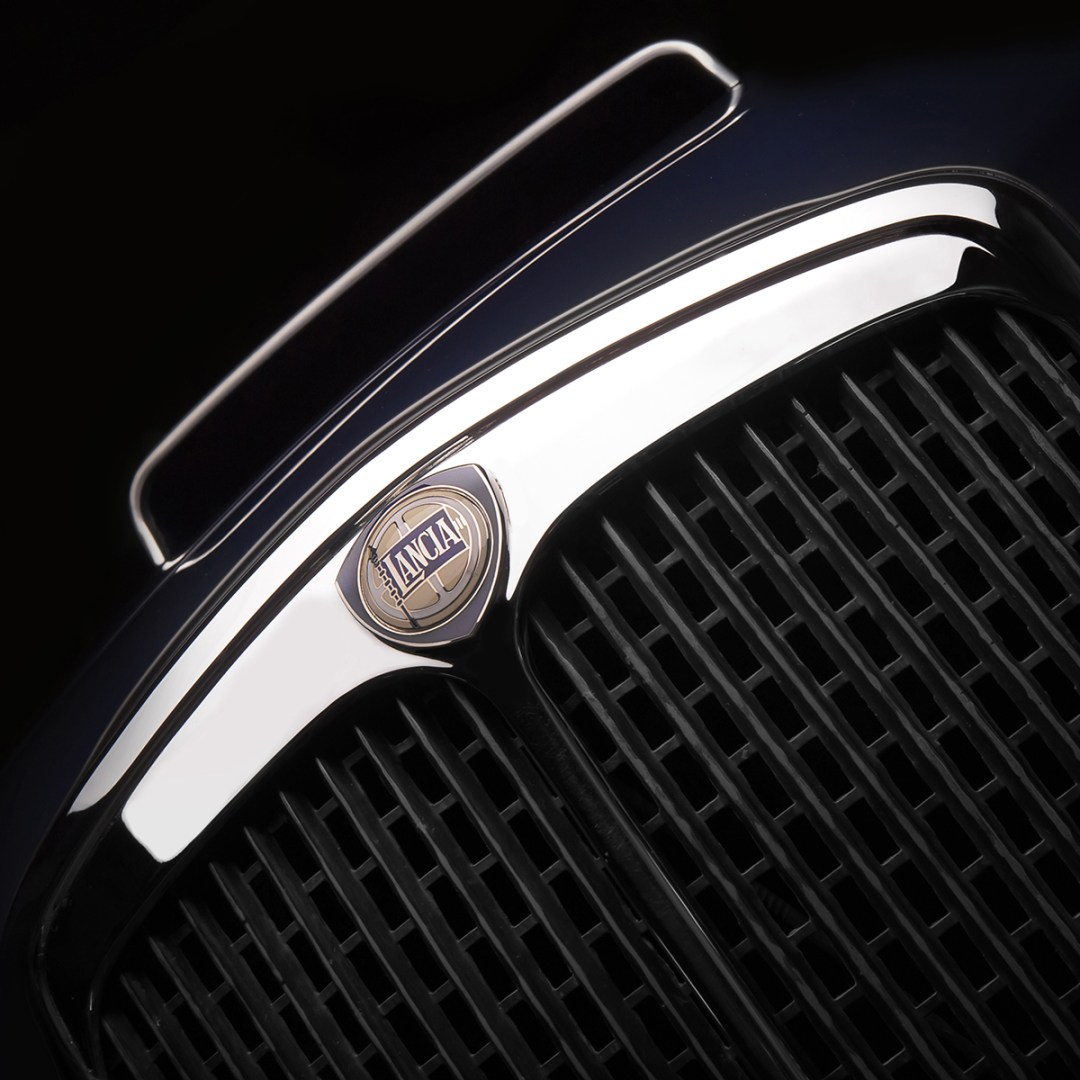 What are you working on now?
I just completed some shots of some Lancia Aurelias which are for sale, so there is some post production to do. Also a 4 ½ Ltr Le Mans Bentley which is due for publication.

Do you have any regrets and what are you going to do about them?
Yes – looking back I should have started a career in photography in my twenties, but then again I don’t think that would have been possible. So I try to stop fretting about that, and I’m turning those regrets into action today – doing whatever I can to move forward so I have fewer in the future!

What’s next for you?
More cars for Thornley Kelham – there’s an Aston DB4 which I have my eye on. A project I am really excited by is a 1939 ALFA ROMEO 6C 2500 SS once owned by Mussolini. I have already been fortunate to shoot this and it gave me one of my all time favourite photos. I hope to shoot it at completion when my client Thornley Kelham has restored it to one of the most significant Alfas in the world. 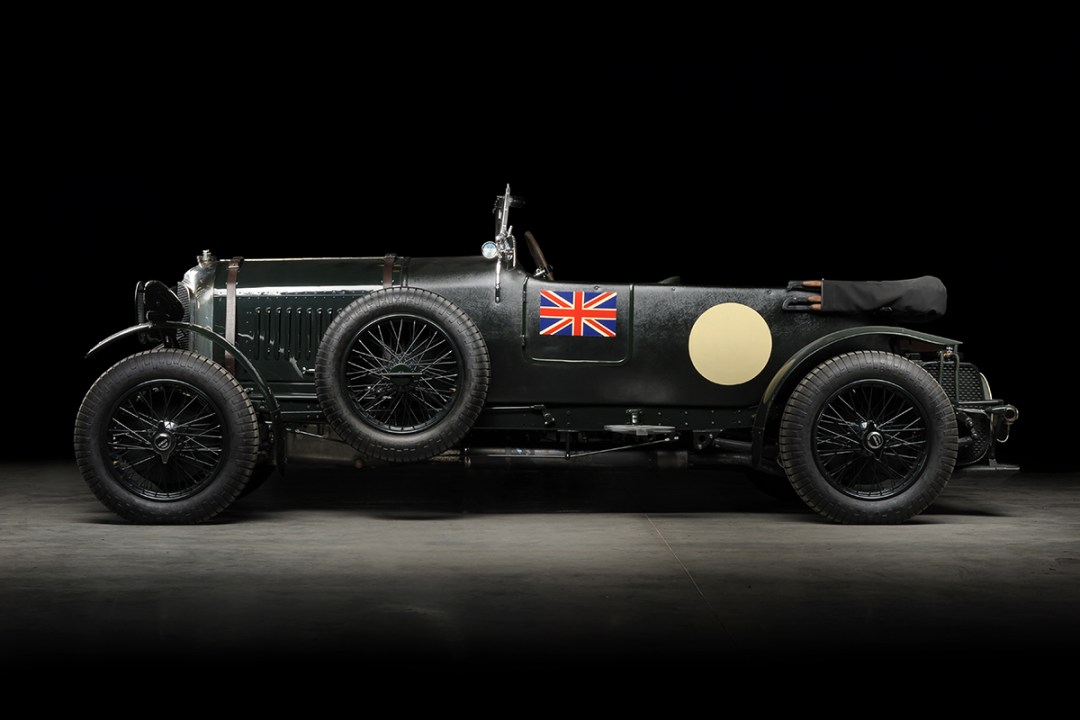 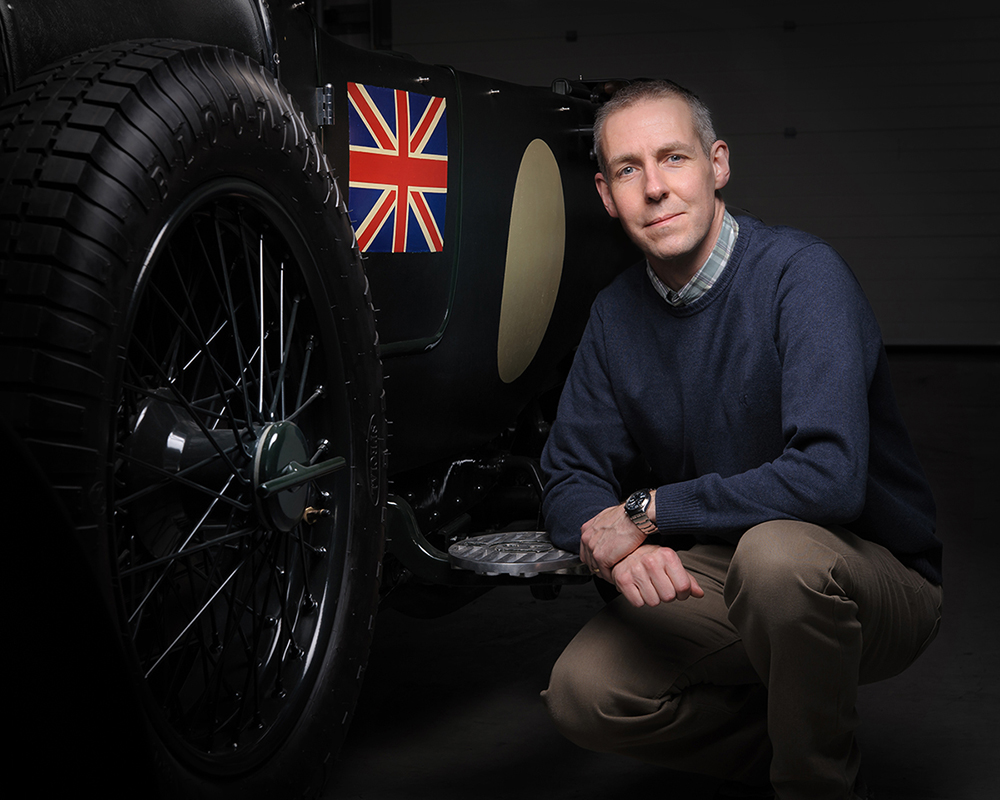