Elvis and Jesus are not the only icons of the world worthy of being immortalized on a velvety canvas. 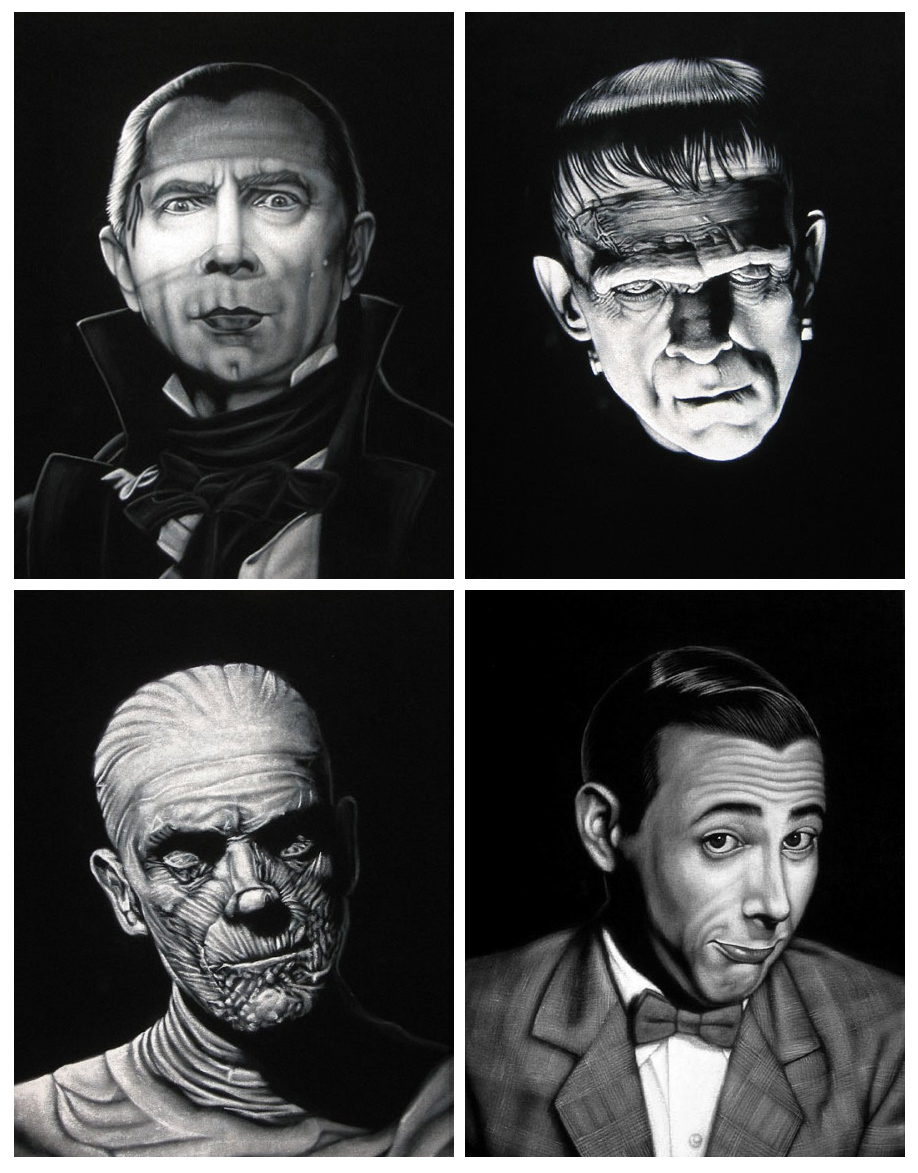 Bruce White’s Black Velvet Paintings take me back to being hauled around by my parents to flea-markets and garage sales. Best line from Bruce, “Elvis and Jesus are not the only icons of the world worthy of being immortalized on a velvety canvas.” Amen.

About Bruce White:
North Carolina native Bruce White is a tattoo artist and painter. Bruce has been tattooing for over 13 years and has recently turned his artistic eye towards an often under appreciated medium: black velvet. Bruce feels that working with velvet gives his paintings a degree of visual contrast that cannot be replicated by painting on any other surface. He also believes that Elvis and Jesus are not the only icons of the world worthy of being immortalized on a velvety canvas. He has chosen this medium to channel his admiration for many of pop culture’s most iconic characters.

Early History:
Black velvet paintings originate in ancient Kashmir, the homeland of the fabric. These original paintings were generally religious and portrayed the icons of the Caucasus region which were painted by Russian Orthodox priests. Marco Polo and others introduced black velvet paintings to Western Europe, and some of these early works still hang in the Vatican Museums.

Modern History:
Ciudad Juárez, Mexico was a center of velvet painting in the 1970s. A displaced Georgia farmboy, Doyle Harden, was the pioneer who created an enormous factory, where velvets were turned out by the thousands by artists sitting in studios. One artist would paint one piece of the picture, then slide the velvet along to the next artist, who would add something else. Velvet paintings mass produced by hand in this manner fueled the boom in velvet paintings in the 1970s in the United States.