Craig, a Detroit native, tells us about his life in Melbourne, his 1931 Model A, and his favorite scene from The Godfather. 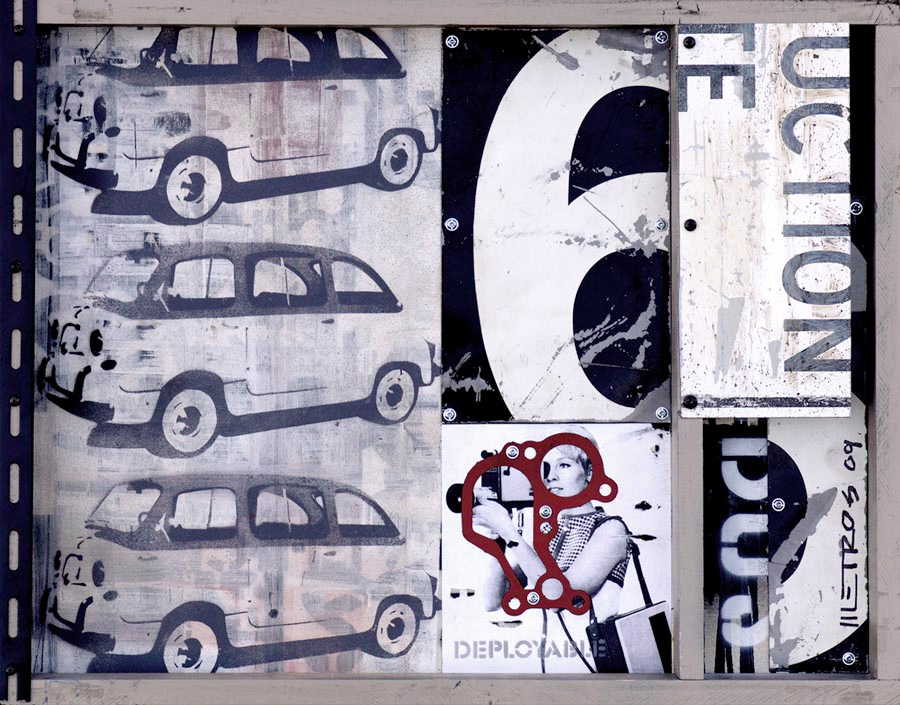 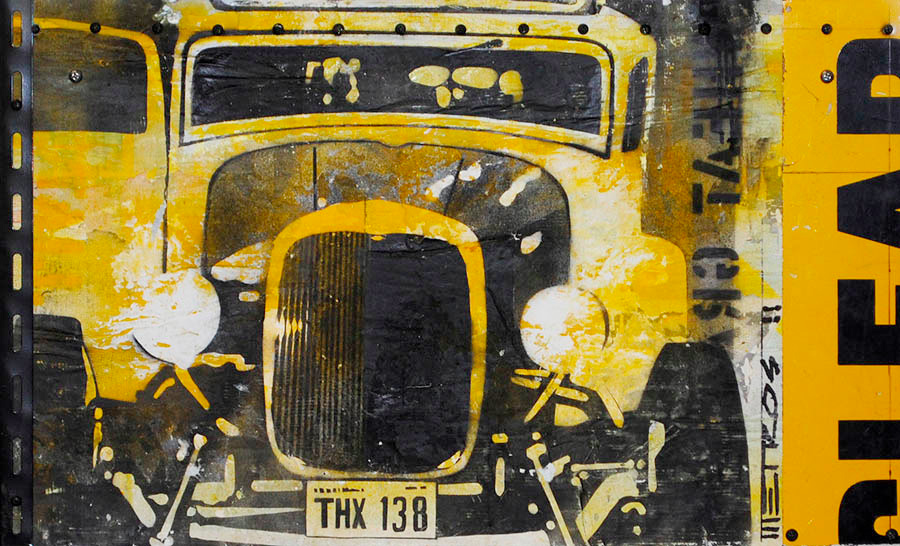 “I grew up listening to rock-n-roll, and once I started university, at that time punk was very big on the scene and that had a huge influence on me…I just love the fact that everything everyone knew about modern rock-n-roll at that time was basically turned on its head. I like to capture that raw energy and that different perspective in my art.”
– craig metros

I was born and raised in Dearborn, Michigan. My father was an engineer for GM. He started taking me to car shows, motor sport races, and swap meets before I could even walk. I was already drawing cars before kindergarten and designing cars became a very early dream of mine. After graduating from the College of Creative Studies in Detroit, Ford Motor Company offered me a design position in the Dearborn design center. After my first year in the Dearborn studio, I began traveling to and working in various Ford design studio’s overseas. I experienced stints in Italy and the UK. That started the travel bug for me. I accepted long term (over 3 years) assignments in Cologne, Germany, and Hiroshima, Japan. I relocated to Melbourne six ago. Moving to foreign cities with no family allowed me the time to keep pursuing my creative outlet after work. Living and working in different parts of the world has influenced my art and helped it evolved from traditional painting to a mixed medium. In addition to art and travel, I enjoy working on my Model A hot rod, snowboarding and surfing.

You now live and work in Melbourne, Austraila. How’s that been?
It’s been fantastic. I love living in Melbourne! The people make it a very easy place to live. They don’t take themselves seriously and are very approachable. I also enjoy all the elements and events this city offers; a thriving art and music scene, world class food and wine, surfing, and of course a healthy car and hot rod culture.

Now that you’ve lived there for a few years, what are Americans biggest misconception about Australia?
-The weather is always warm and dry.
-The water rotates in the opposite direction when flushing a toilet.
– Outback Steak House serves Australian cuisine.

What’s the biggest thing you miss about America?
My family and midnight shopping.

You’ve mentioned that Australians have this great work balance…
Australians work hard without getting caught in the rat race. Leisure time is very important to them and they make sure to take advantage of it.

American cars have a much better reputation here than I thought. Australians especially love the older ones like late 60’s mustangs and mid-​50s Chevrolets. I’m amazed at how many of those I see over here.

You work for Ford in Melbourne as a chief designer. What have you been working on lately?
As a chief designer, I lead a team of designers, clay modelers, and cad modelers that are developing vehicles that will go into production in three to five years, depending on the size of program. My typical day is too many meetings. We work closely with marketing and engineering. During the past five years, my team and I designed and developed the recently launched all new Ranger pick-up (it’s pretty much going every where in the world except North America) that will sell around the world. Now we are working on vehicles that will be produced in 2015.

How is Ford, and American cars in general viewed in Australia?
American cars have a much better reputation here than I thought. Australians especially love the older ones like late 60’s mustangs and mid-50s Chevrolets. I’m amazed at how many of those I see over here. The Ford vs. GM (Holden) debate is still alive and well, especially amongst Super V8 race fans. It’s very reminiscent of the Ford – GM rivalry that existed in America some 30 to 40 years ago. 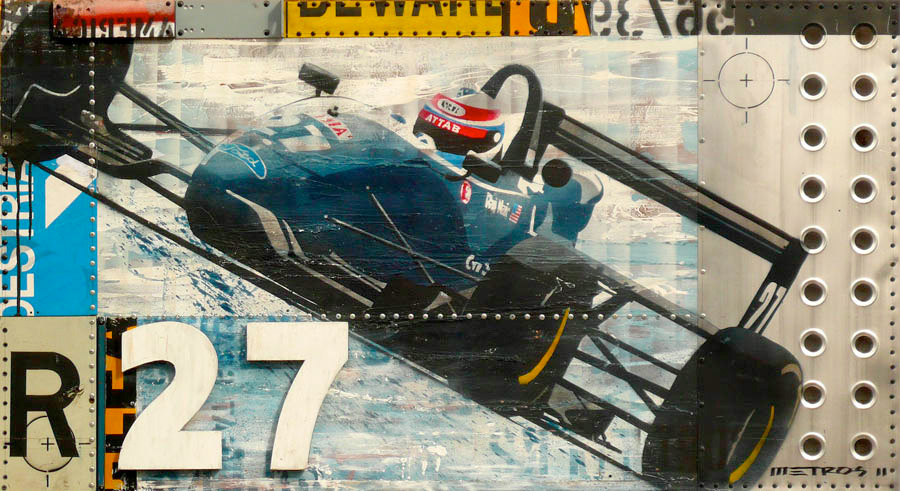 How would you describe your art to someone who’s never seen it?
Automotive and industrial low relief art. Mixed mediums including stenciling, photos, found and reused objects with an assortment of hardware. The end result is very graphic, gritty and industrial.

Your studio space is a shared space in a garage. How has that influenced your art?
Working at the ‘Factory’ has been a major influence and motivator. I’m surrounded by a group of enthusiastic individuals who are welding, hammering sheet metal, and rebuilding engines on such projects as an early 70’s 911, two (from the ground up) hot rods, a 60’s era drag car, and a few custom cafe motorcycles.

Your hot rod, that we see in the video, is an art piece on wheels, can you tell us about it? It’s got such a unique anti-bling look to it. What was the look you were going for?
I looked for an early era hot rod with the right proportions and flat head power for over two years. I purchased the 31 Model A unfinished. The proportions of the car are exactly what I wanted; the chop, amount of channel, and the stance were spot on. I have spent time on the execution of details and adding or replacing elements with period-correct parts.

Any other vehicles or motorcycles that you own? Anything you want to own?
I own a 2001 Porsche, a 1956 BMW Isetta 300 and an early Vespa scooter. I have always wanted a 60s or 70s finned Cadillac. I owned a ’63 Triple Black Deville Convertible for 10 years. I sold it before moving to Australia. 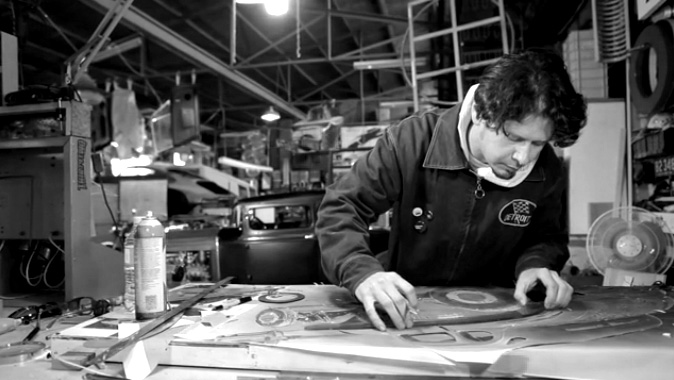 I didn’t see a computer in your studio space. Intentional?
I like keeping the art and my techniques old school. Hence, no computer at the Factory.

You mentioned that you’re a huge movie fan, what’s the one film that you’ll watch over and over no matter what time it comes on?
The Godfather. I just watched it again over Christmas break. “What do you think this like the Army where you can shoot ’em from a mile away? No you gotta get up like this and, badda-bing, you blow their brains all over your nice Ivy League suit.”

What bands/music do you listen to while you’re working on your art?
Anything loud and fast.

What painters and painting era influenced your art the most?
Piet Mondrian, Robert Raushenberg, pop art of the 1960s and street art of today. I was also influenced by the industrial areas of Detroit and local artists—especially those I studied with at CCS and who are now doing some amazing things today.

Best place in your neighborhood to grab some food and drink?
Pellegrinis–it’s a Melbourne institution.

What art project have you been working on lately?
I just showed art at the 10th annual Moon Eyes show in Yokahama, Japan.

What’s next for you?
New year. New art.