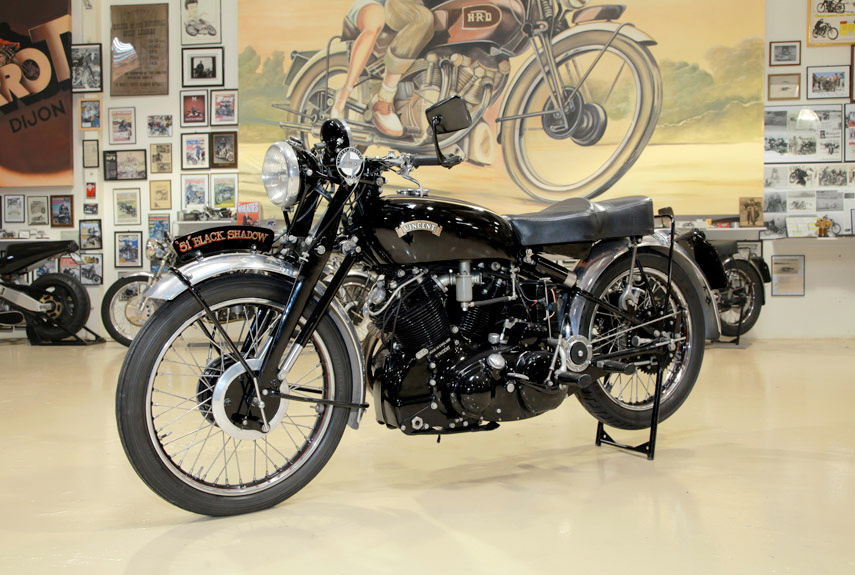 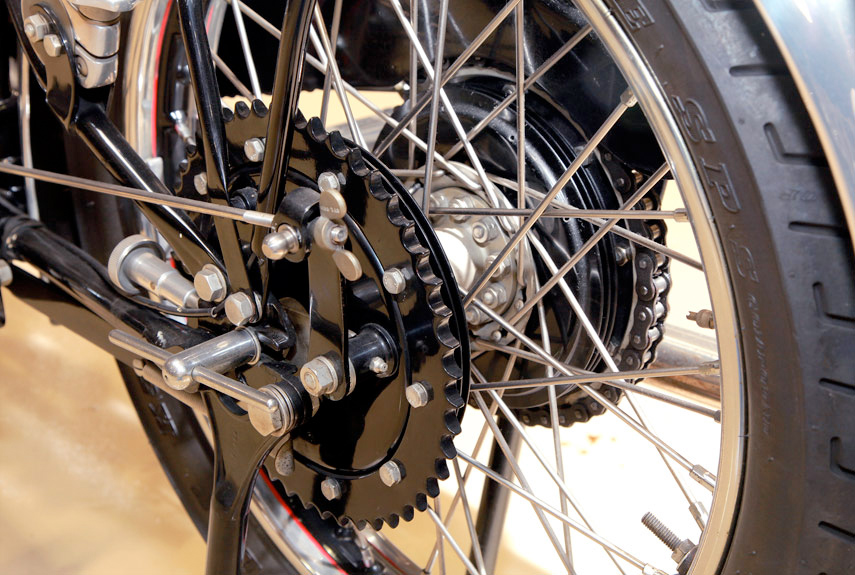 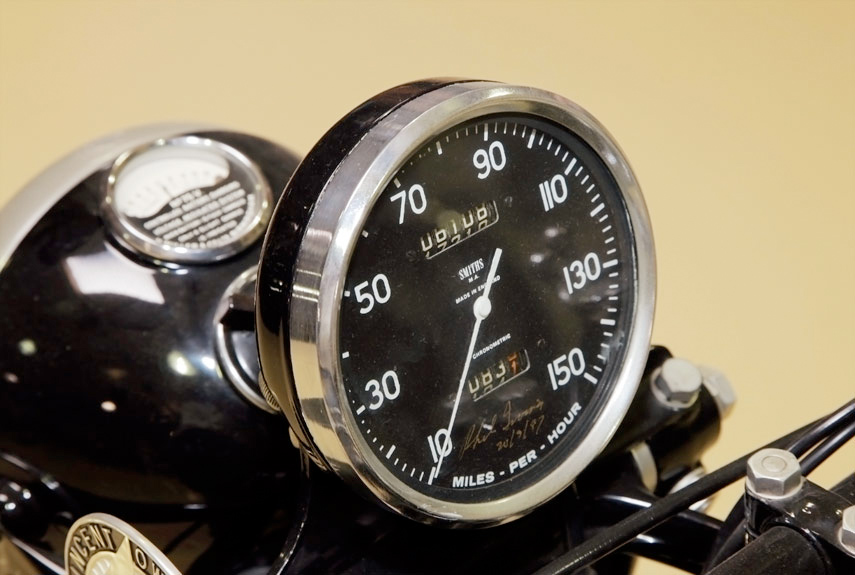 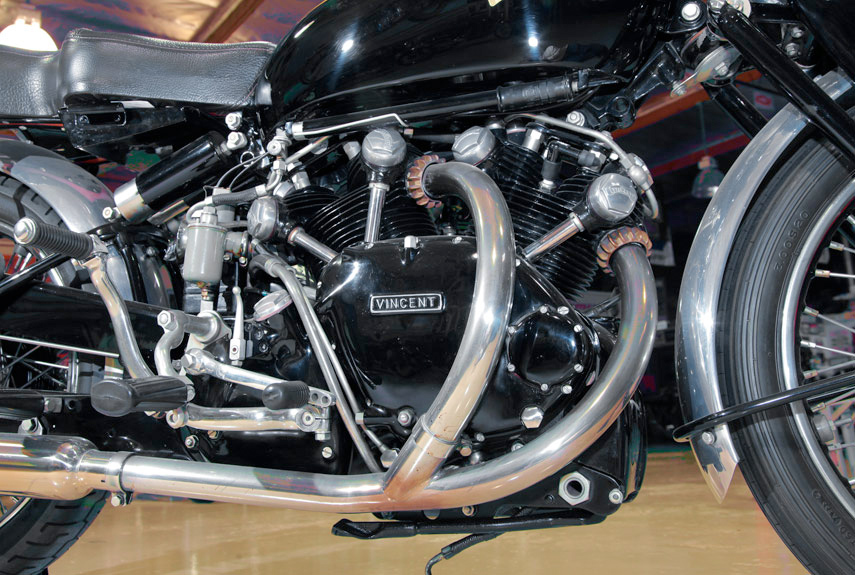 First rate article from Jay Leno about the Vincent Black Shadow – he owns ten Vincents. He tells the story of a a legendary Vincent from his hometown:

Where I grew up, in a small New England town, the Vincent was a motorcycle you only ever heard about. But the legend surrounding the bike was so strong. There was a guy who lived a couple of towns over who had a Vincent that had allegedly run in the renowned Isle of Man Tourist Trophy race off the coast of the U.K. Every now and then, somebody at school would say, “I heard it go by the other night.” All the kids would stop to listen to his story. “What did it look like? What did it sound like?” We all wanted to know.

I only saw that bike once, when I was in high school. Thirty years later, I heard about a Vincent for sale in Haverhill, Mass. I tracked it down and discovered it was the same one. Now it’s sitting in my garage. Turns out, it was a Series C Black Shadow, and “Big Sid” Biberman, a famous Vincent mechanic, had rebuilt the engine. It had a custom frame similar to a Norton Featherbed. 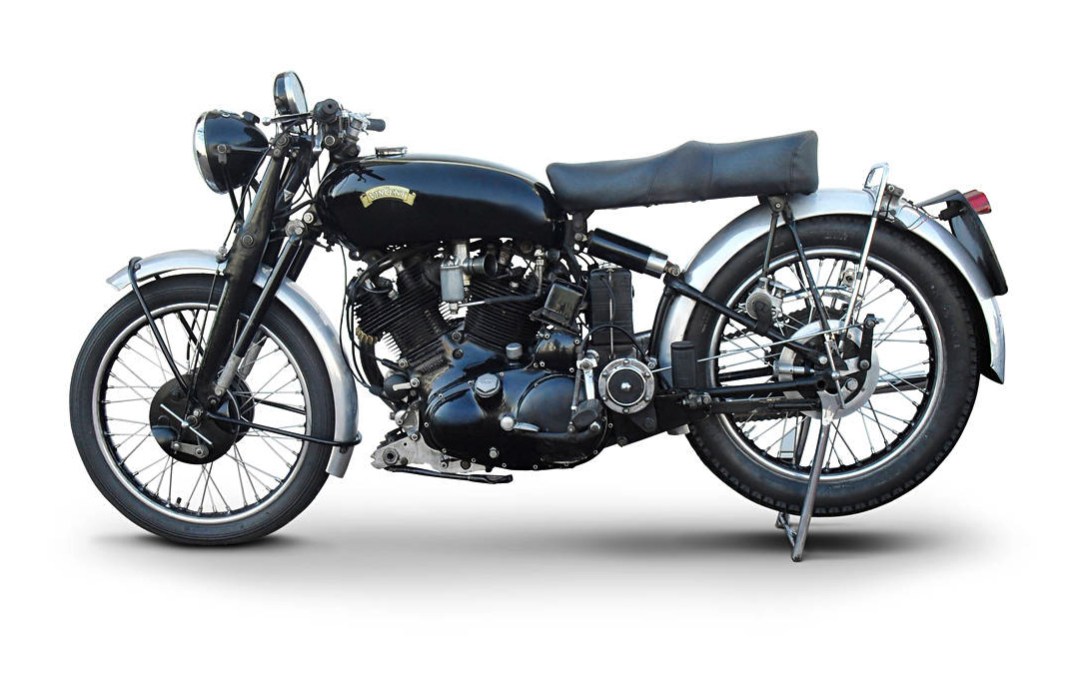 From Bonhams:
Ever since the Series A’s arrival in 1937, the Vincent v-twin has been synonymous with design innovation, engineering excellence and superlative high performance. The appeal of the Vincent, and the 120mph-plus Black Shadow in particular, lay in its ability to out-perform just about every other vehicle on the road, and in the early post-war years there was nothing to compare with it.