Photographer Levon Biss on shooting Usain Bolt, how nothing beats experience, and what it was like to work on the One Love Project. 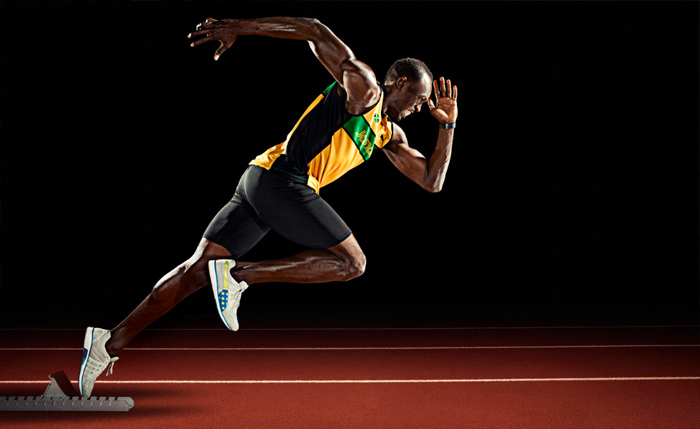 Usain was a really nice guy and easy to work with, very easy going and relaxed. We were limited to the number of times he could run or come out of the blocks…so it was important to test and re-test the lighting before he came so we didn’t waste any of those precious shots!
– levon biss on working with usain bolt

How did you become a photographer and what was your big break?
I studied photography at college in the UK and Spain, graduating in 1998. Initially I really struggled to get any kind of photography work, or work even slightly relating to photography. I ended up packing computer components into plastic bags in factory for a while to pay rent and being a photographer seems a world away at times. Between that and various other random jobs though I continued to shoot personal work and managed to build up a portfolio of some kind. My break came when I saw an ad for a junior photographer at an agency in London. I applied and got the job, worked my way up over 6 year to become head photographer then left to go freelance… the rest is history. I had a fantastic boss at the agency called Lee Farrant who pretty much threw me in at the deep end at the start, it was sink or swim and the learning curve was fast.

As you see it, what qualities does a good photographer possess?
I think the best quality you can have is being able to stay calm under pressure. You need to have the obvious things like creativity and drive, but that is all useless if you cannot think quickly and clearly when you need to. 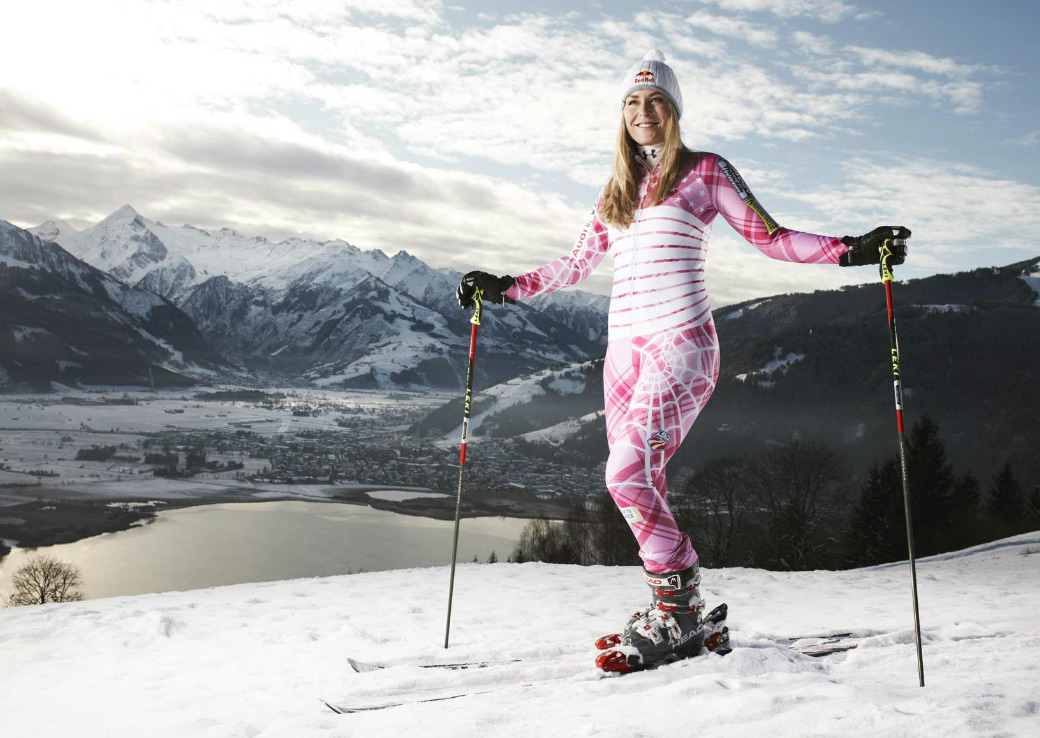 Your favorite photographer?
I’d say my favourite photographer is a guy called Brent Stirton. He was the head photographer at the agency when I first joined as a youngster and was quite an inspirational figure to me. He is a prolific image maker and dedicates everything to his work, still traveling 10 months of the year on his documentary stories, he is now Getty Images head assignments photographer. I’m glad to say we are still in touch now and occasionally we catch up for pasta when we are both in New York.

Capturing the moment that encapsulates the event or athlete — how do you know where you need to be for that slice of time?
Experience. The feeling of being in the wrong place when that perfect sporting moment comes along is terrible, but you have to make those mistakes to learn. Knowing the sport helps a lot and being able to predict what will happen. 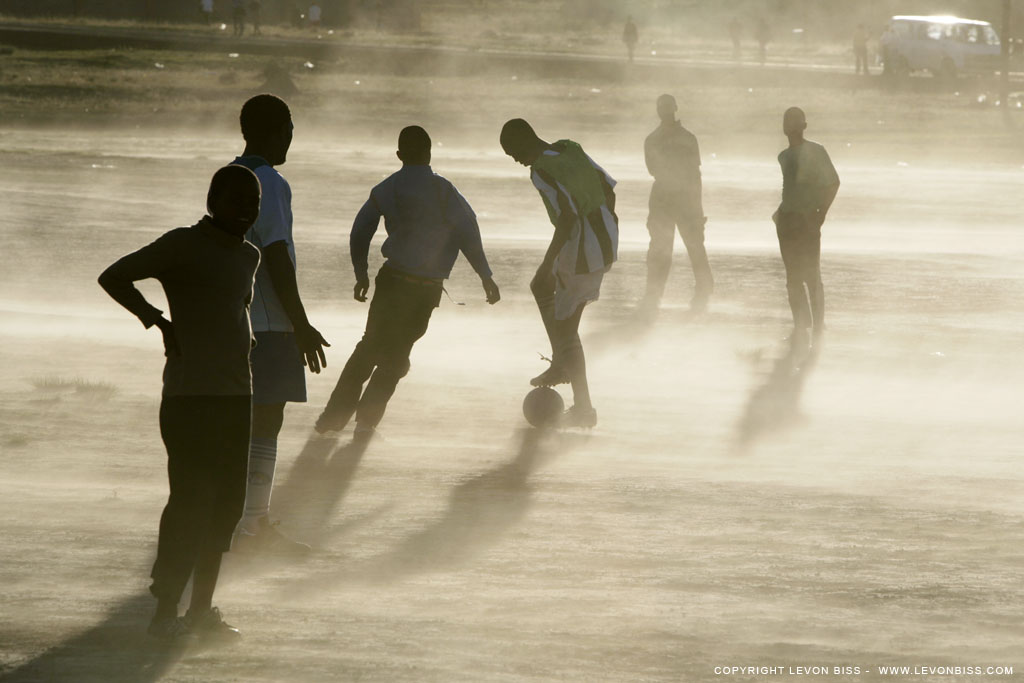 Do you most of your best shots come from perfect planning or “perfect” accidents? Or, a bit of both. Can you tell me about a “perfect” accident shot?
I’d say 90% of my shots are planned in the sense that I normally have an image in my head that I want to create and the trick is to work out how to make it happen. You cannot always control everything though and have to adapt as events unfold in front of you. Sometimes happy accidents do happen, the attached shot would be an example of that – I had been shooting a group of factory workers playing on an area of waste ground in Lesotho, Africa, when strong winds came blowing over us for about 2 minutes and created a mini dust cloud, which turn an average image into something beautiful.

What’s your idea of the perfect photograph?
A very complex shoot that goes smoothly. Something that is technically and logistically challenging. Having the picture in your head an being able to make it come to life exactly as you imagined.

What’s been the most challenging shoot you’ve ever done?
Probably the One Love Project. It was also the longest project I’ve ever done. It was a photographic study on the global game of soccer and it too me 13 months to shoot full time. I traveled to 28 countries in that time which was pretty grueling and logistically complex. The work was published into a book and an exhibition traveled for 2 years showing the work in 17 countries.

The feeling of being in the wrong place when that perfect sporting moment comes along is terrible, but you have to make those mistakes to learn. Knowing the sport helps a lot and being able to predict what will happen.

Usain Bolt – what was it like to do a shoot with him?
Usain was a really nice guy and easy to work with, very easy going and relaxed. He has a large group of people following him around though, agents, managers, pr people, sponsors, friend etc etc. We were limited to the number of times he could run or come out of the blocks, 4x attempts at each, so it was important to test and re-test the lighting before he came so we didn’t waste any of those precious shots!

I imagine on a shoot with Bolt, even though you might shoot several hundred photographs…do you know at the exact moment when you’ve gotten the ultimate single shot? Or is it usually later, when you’re looking through all your assets?
As I said before, I only had 8x image so produce the Usain Bolt shots, but you still know when you capture that great shot almost as you press the shutter. You can almost sense it. When I shoot set up shots such as the Usain Bolt series I never look through the view finder, I always use a tripod and cable release so that I can watch the athlete all the way through their run, this makes timing the shot much easier. 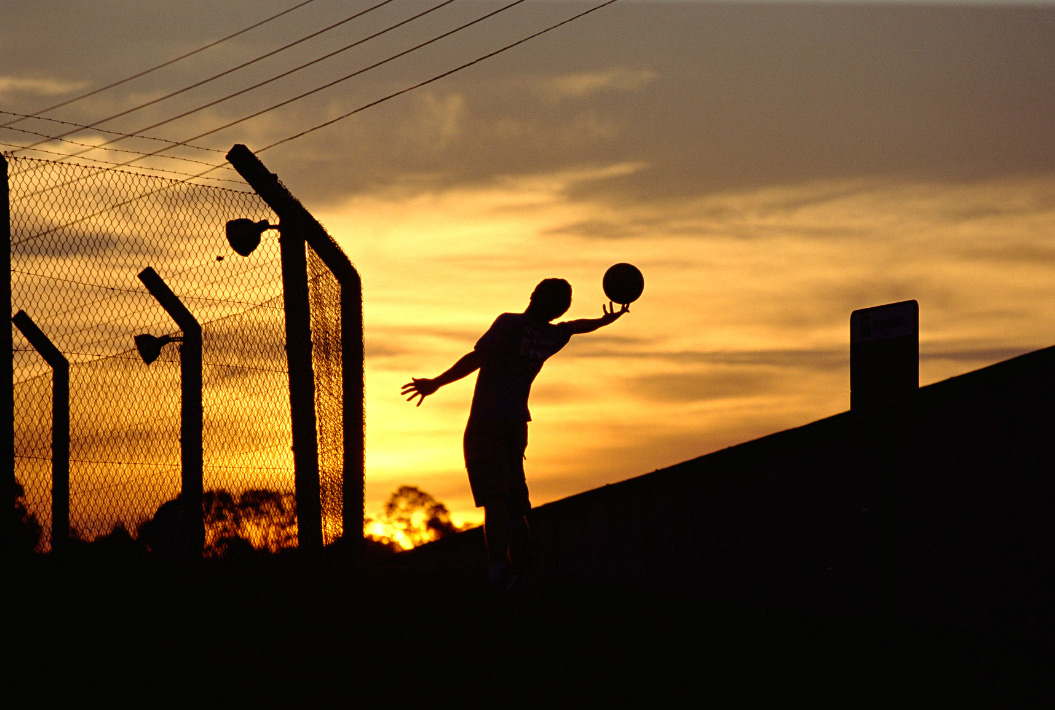 On shoots, how big is the crew that works for you?
It varies from job-to-job, but on a regular ad shoot there will just be about 4 of us. Myself, two assistants and a digi op… plus stylists, grooming etc. I prefer to keep the crew a small as possible, it makes communication much easier.

Living or not, if you could shoot any athlete at their prime – who would it be?
It would be between Ayrton Senna or Mike Tyson, but were sportsman from my childhood. I think Senna would probably be my number one, he has a kind of aura surrounding him that I would like to have experienced. 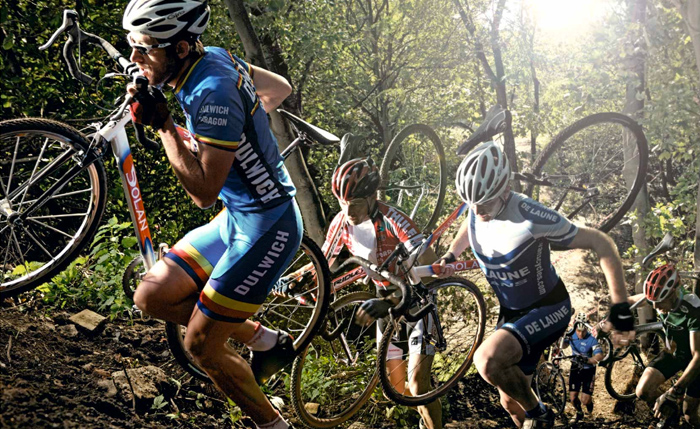 How involved are you with post-production?
I do all the post production on editorial shoots myself. Sometimes I’ll do the post-production an advertising commissions myself, but it all depends on how busy I am with shoots. Clients need to have a proper post-production service and you cannot always be available to talk if you are travelling or shooting. I have one main guy in London that I use and another in Holland.

Did you ever shoot with film? If so, what do you miss (or not miss) about it?
Yes, I started out in the film era and was still shooting film until about 6 years ago. I didn’t really appreciate what a beautiful medium it was until I started shooting digital every day. It made you concentrate much more on what you were doing because the process was so final. Digital is disposable. 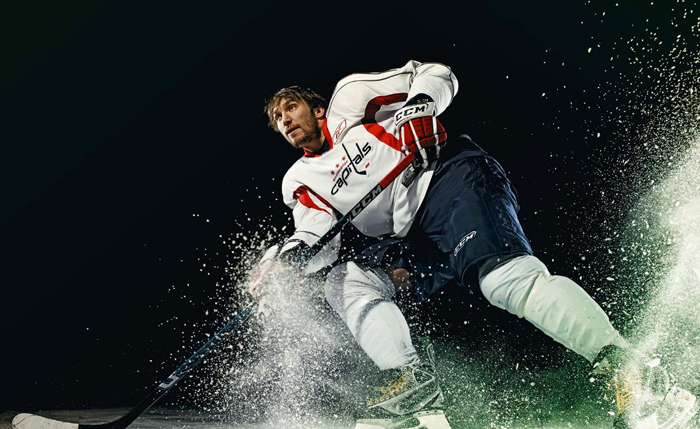 You have 30 seconds to leave for a shoot – and can only bring one camera and lens – what would that be?
Canon 1DS Mark III with a 16-35mm lens.

Do you shoot any video?
I do shoot video but I do not yet promote myself as a video guy. It’s taken me 13 years to get to this point in photography, I’ve got a little more work to do before I can say that I shoot video properly.

What do you like to do when you’re not shooting?
I spend as much time with my wife and children as possible.

About Levon Biss:
Levon Biss is an award-winning sports and portrait photographer based in London. Levon has been shooting for top advertising and editorial titles for twelve years and continues to produce imagery for such brands as Apple, adidas, MasteCard, Nike, 02 and Carlsberg.